Performance Over Time, TRIM, and Temperature

Performance Over Time and TRIM:

After a brief fragmentation run and without TRIM in use, here is the first sequential scrub: 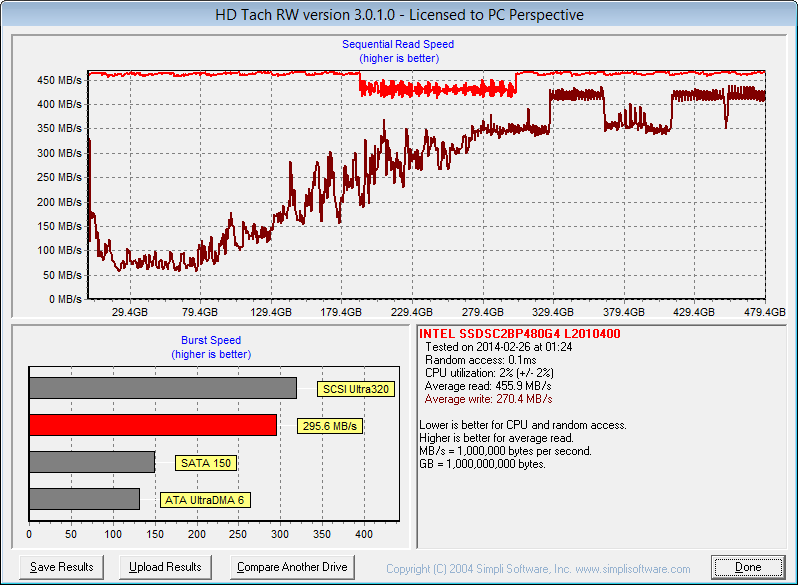 The SSD 730 is clearly intended to be used with TRIM, and when optimizing as such, you can see the drive having to work harder to defragment its memory space on-the-fly, which negatively impacts write speeds. 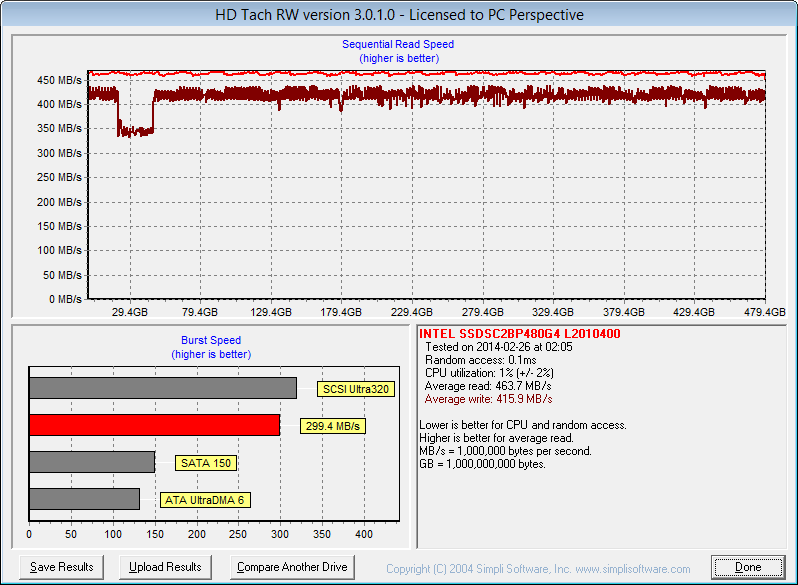 The second pass shows the SSD 730 had no issues cleaning itself up. Intel has clearly come a long way on this since the original X25-M.

Modern SSDs can no longer achieve the groundbreaking step increases in performance that we saw years ago when the technology was still developing. As such, Intel chose to include RAID as part of their marketing drive to justify the potential gains from the SSD 730. Here's an excerpt from their preso: 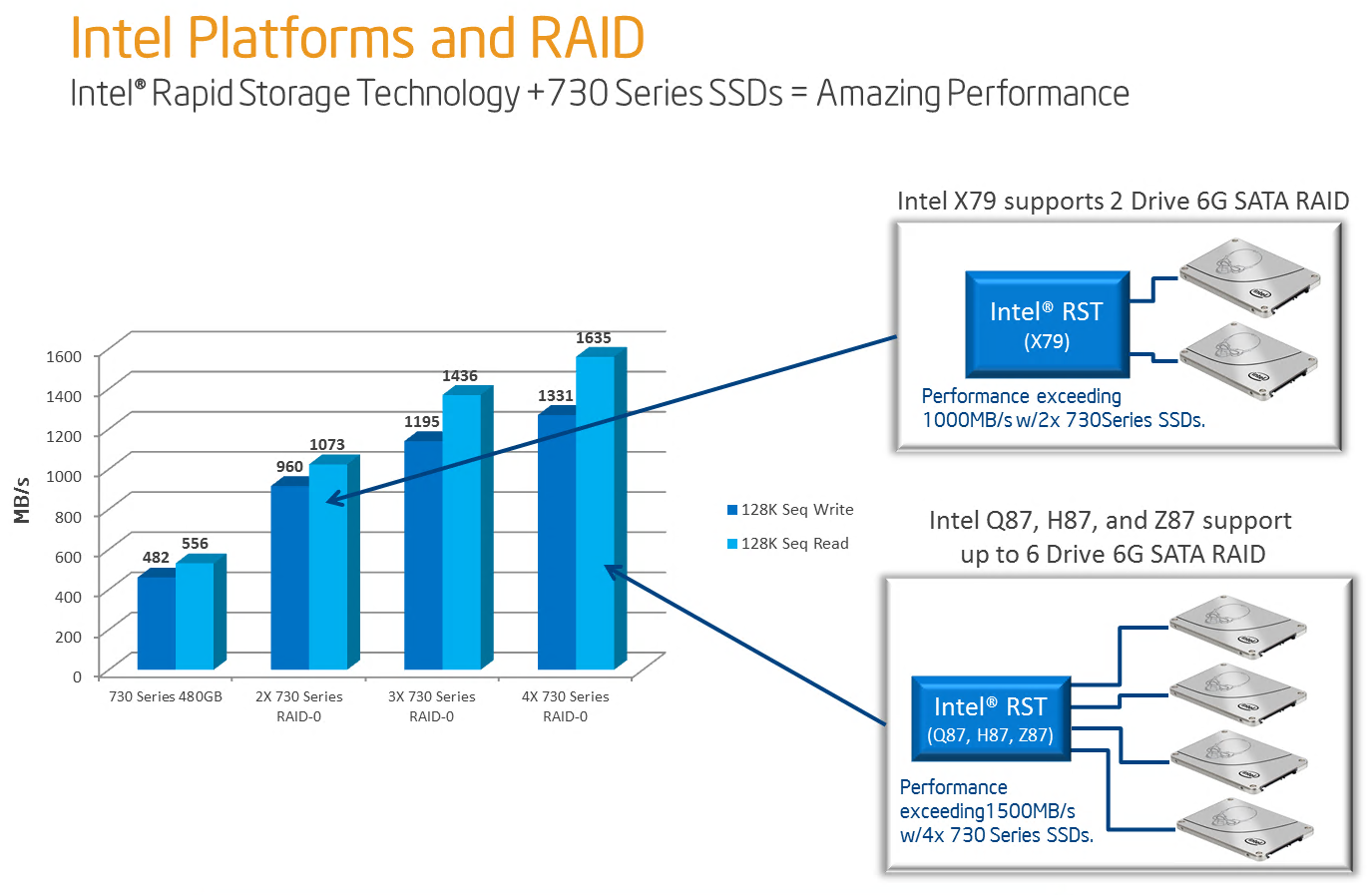 It's no secret that Intel's chipsets excel at the scaling of RAID SSD performance. A RAID-0 of a matched pair of SSDs will perform almost exactly double in every spec across the board. The IOPS scaling of Intel's RST implementation outclasses even modern enterprise RAID solutions. That being said, Intel applying this argument to the hypothetical staggering performance potential of RAIDed SSD 730's is a bit of a fallacy, as that same exact argument applies to every other SSD model on the market – Intel's RST accelerates and scales Samsung 840's, OCZ Vertex's and just about everything else out there just the same as it would accelerate a pair (or more) of their own SSD 730's.

We don't normally iunclude this block, but before this SSD came out, the next highest consumer SSD power draw came from the SandForce-controller SSD 520, which drew approx. 0.75 watts. Sure it would get warm under use, but nothing major. The SSD 730 draws a whopping 5.5W. That's 7x the power draw, which leads to some real-world differences worth noting. I'll just let this pic speak for itself: 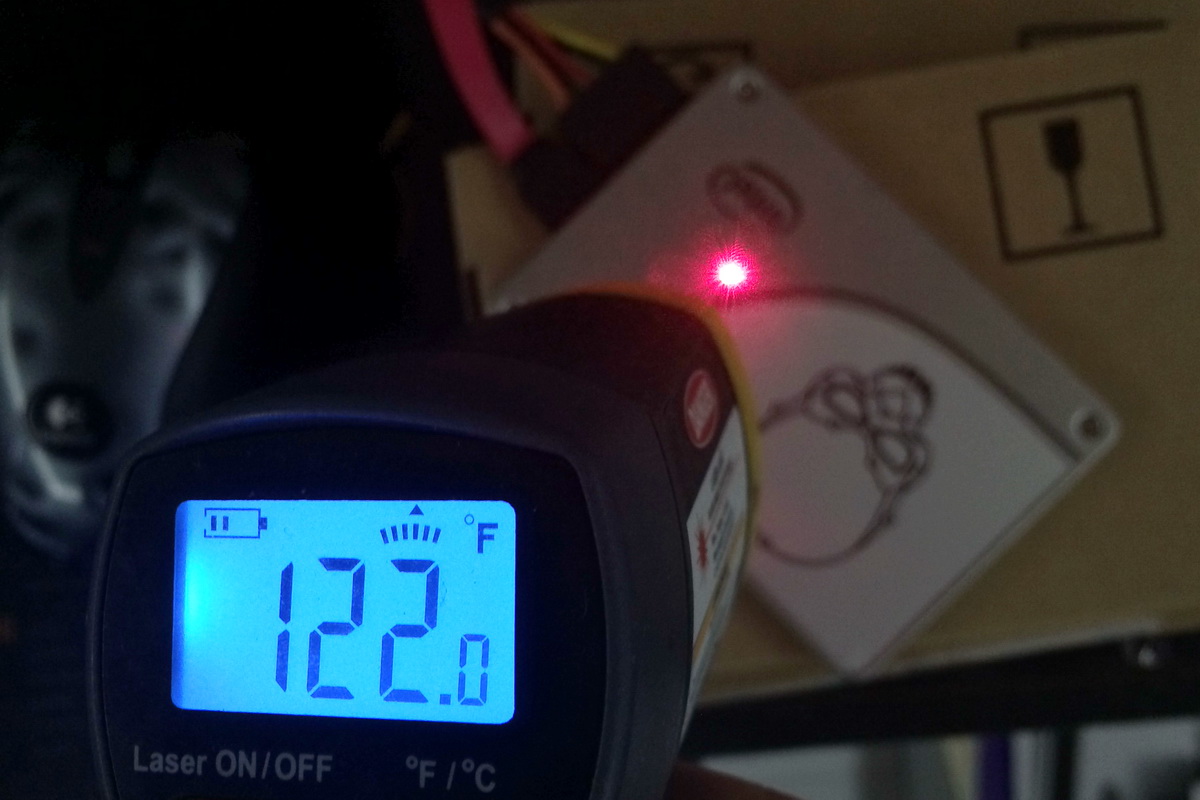 Let's just say I wouldn't recommend putting this SSD in a laptop. In Intel's defense, they are marketing the SSD 730 as an enthusiast desktop SSD and have made no claim to mobile usage. Good thing, too. 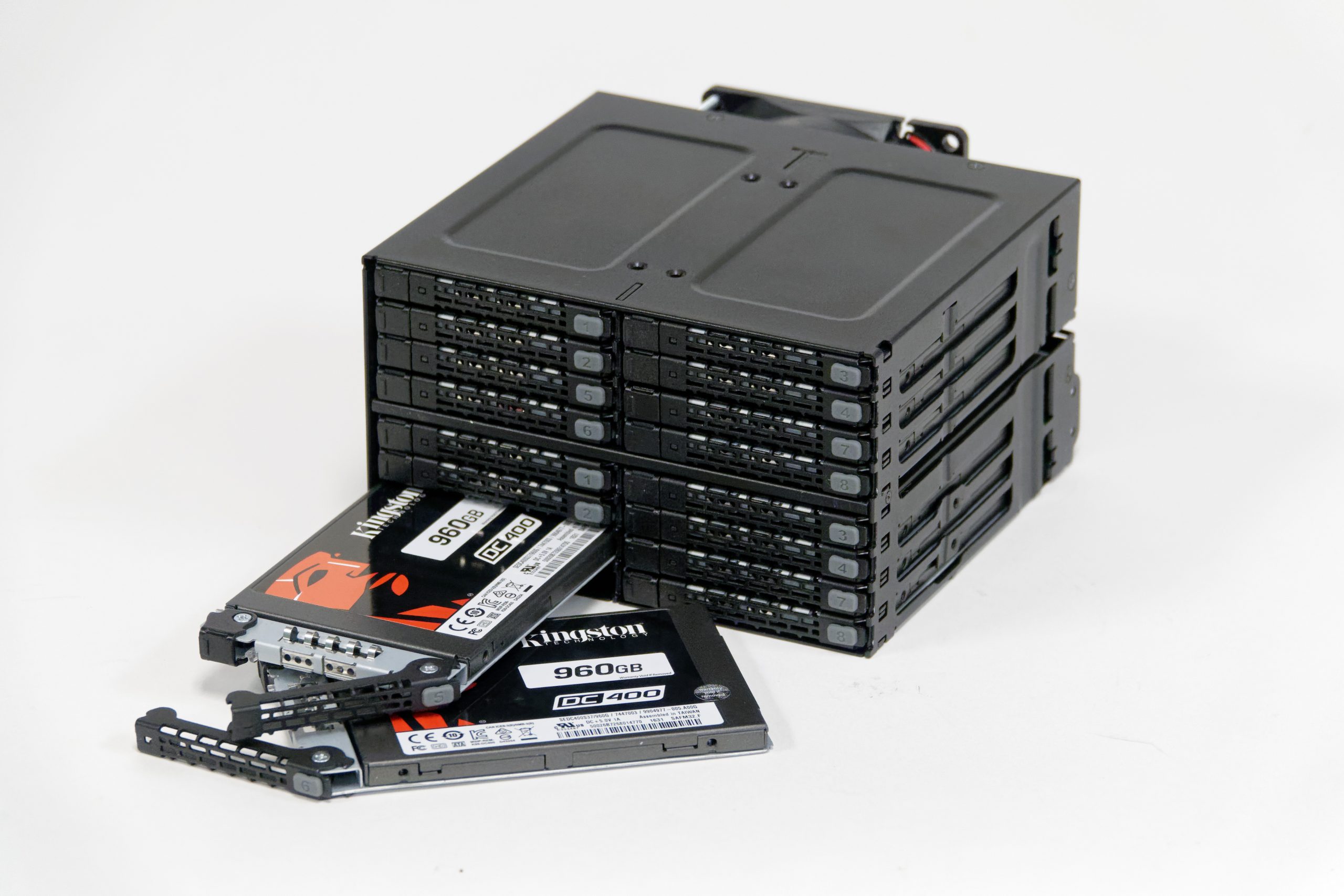