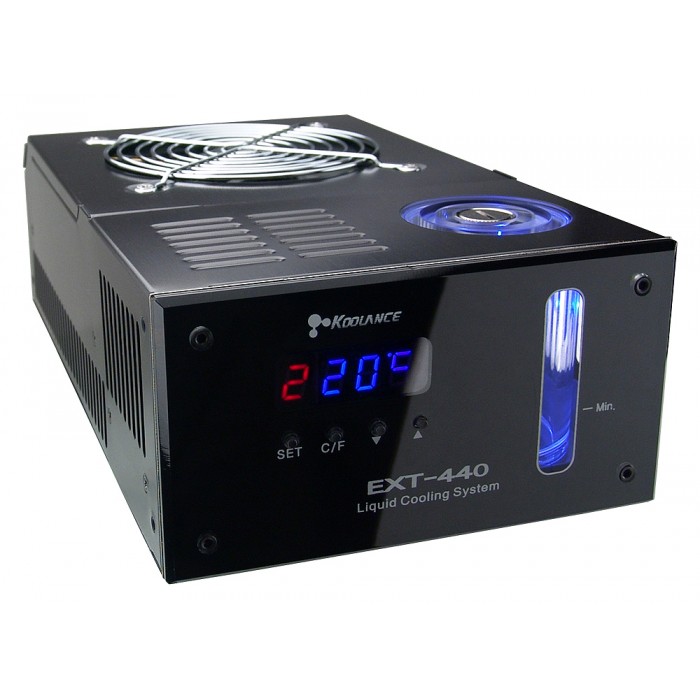 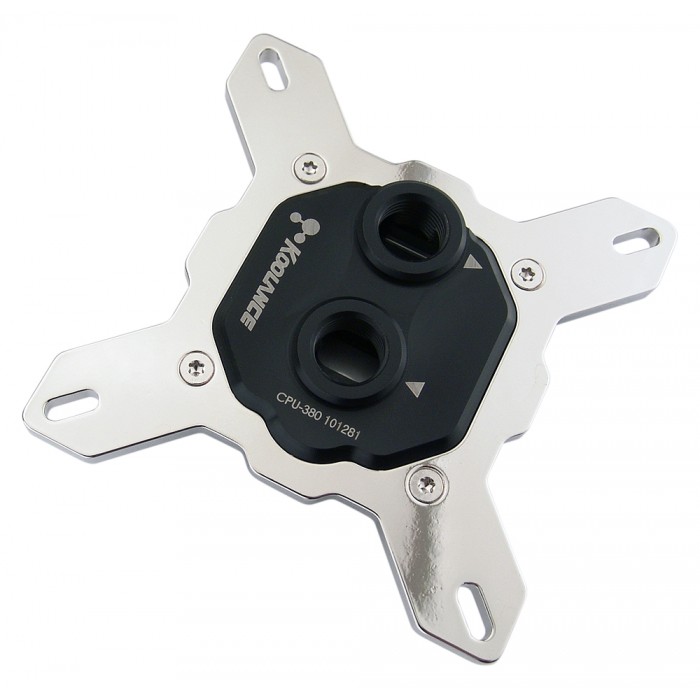 Koolance has effectively transformed itself from a minor player in the cooling community to a powerhouse at the forefront of high performance liquid cooling products. Koolance recently released the EXT-440CU Liquid Cooling System, an apparatus integrating the cooling system's reservoir, pump, and radiator into an aluminum assembly. In addition to the EXT-440CU unit, Koolance provided us with their CPU-380I CPU water block for testing as a complete kit. We tested the Koolance kit in conjunction with other all-in-one and air coolers to see how well the Koolance kit stacks up. The EXT-440CU Liquid Cooling System retails at an MSRP of $274.99 with the CPU-380I water block available for a $74.99 MSRP. While not the cheapest solution, the adage "You get what you pay for" fits the bill for this Koolance kit. 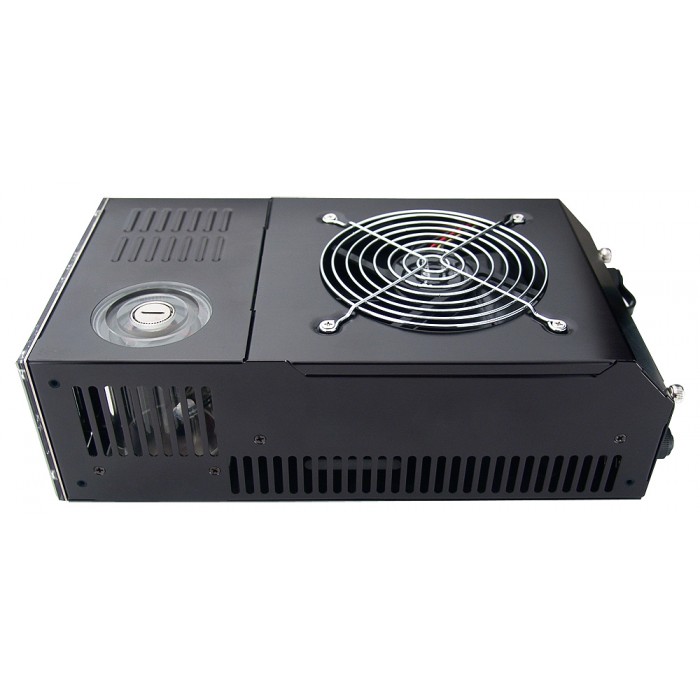 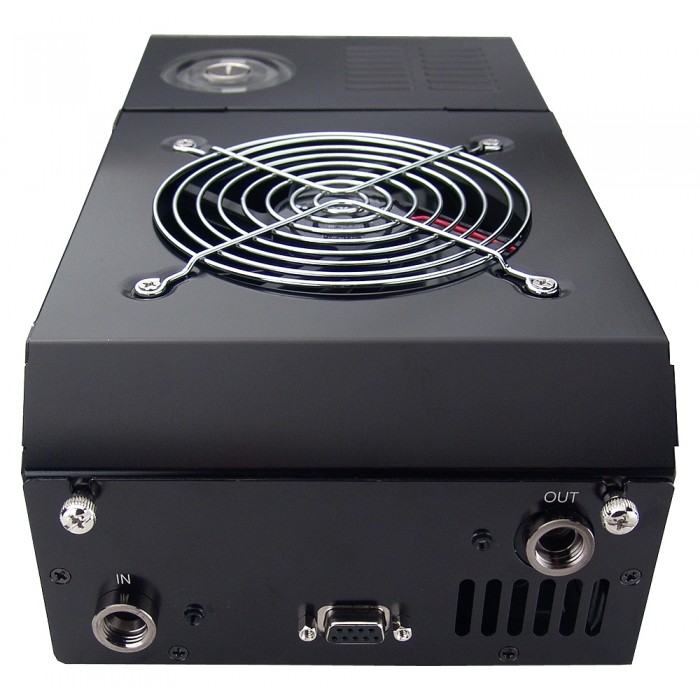 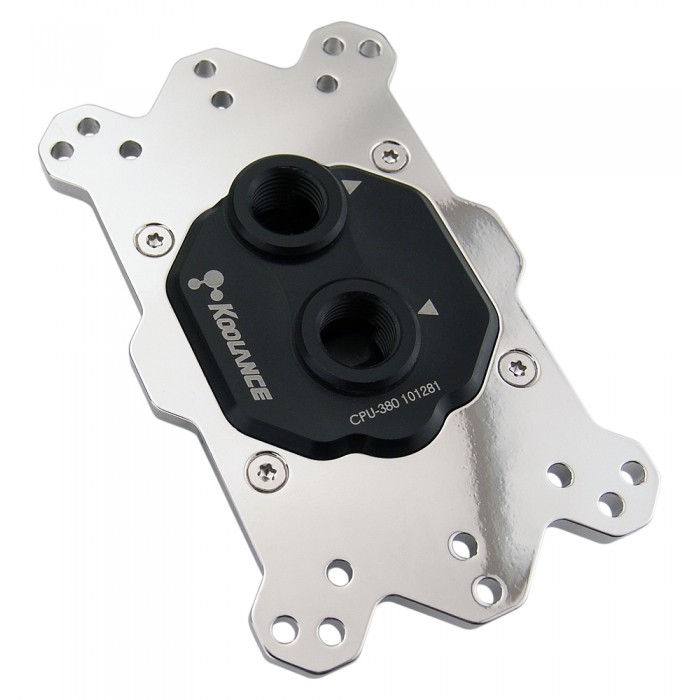 The Koolance EXT-440CU Liquid Cooling System unit incorporates a cylindrical reservoir with the Koolance PMP-330 water pump and a copper-based 120mm radiator. The unit has integrated female G1/4" inlet and outlet ports, allowing for easy integration into an existing or new water loop. It features an aluminum housing design with a serial cable attaching the main unit to the included rear panel for power and temperature data transfer from the included temperate diodes. The CPU-380I water block is a solid copper-based block with nickel plating for added corrosion and scratch resistance to the block. The water block also includes integrated G1/4" female inlet and outlet ports. 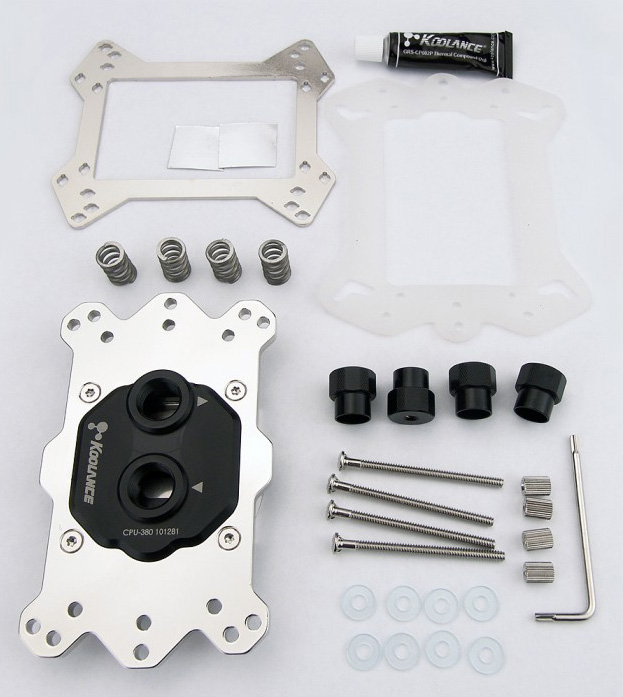 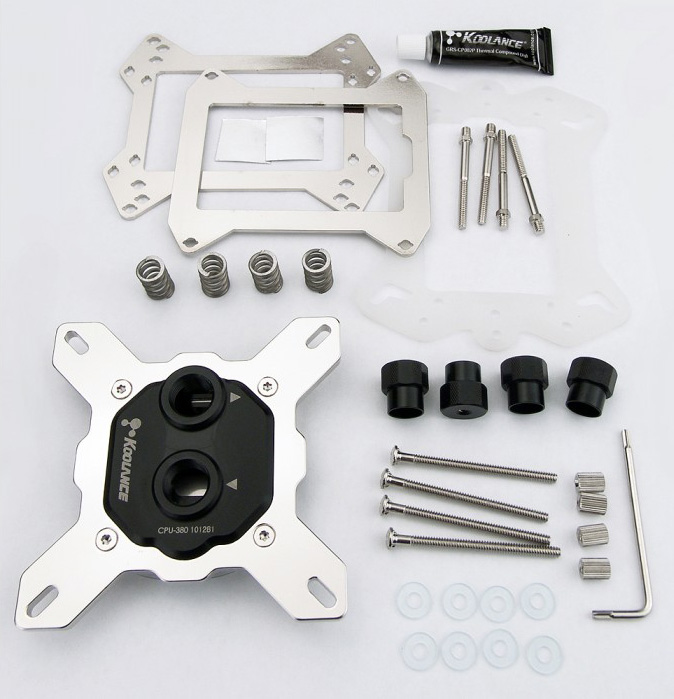 For their CPU-380 CPU water block, Koolance sells two different SKUs for the Intel and AMD CPUs – the CPU-380I water block for the Intel-based socketed motherboards and the CPU-380A water block for the AMD-based socketed motherboards. The difference between the SKUs is the block mounting mechanism with the block internals shared between the SKUs. Koolance also offers the Intel and AMD mounting kits separately, alleviating the need to purchase a separate block for use with a different CPU. 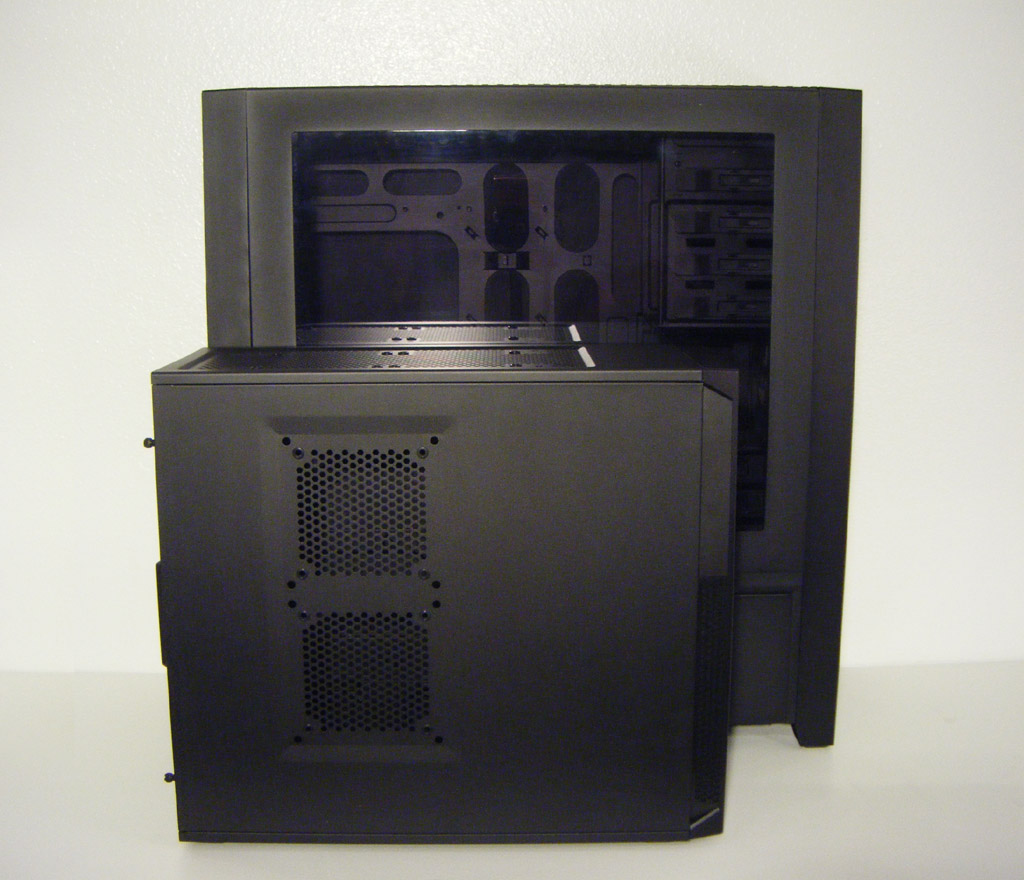 Do you dare put Super Pipes in Corsair’s Super Tower 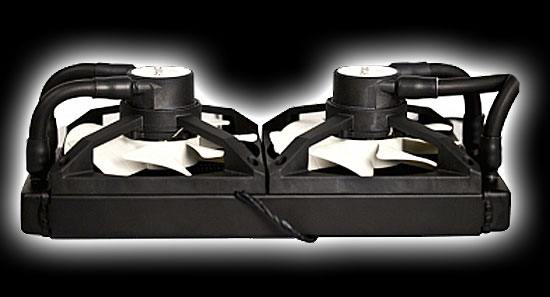 Antec bumps up it’s Kuhler series with the 1250