MSI has launched three new low cost FM2+ motherboards based around AMD's budget A58 chipset. The new boards include an ATX form factor MSI A58-G41 PC Mate and two micro ATX boards: the A58M-E35 and the A58M-E33. The boards are compatible with AMD's Richland, Trinity, and Kaveri APUs and support PCI-E 3.0. The cost savings come from using the A58 chipset which drops support for SATA III 6Gpbs and USB 3.0. The boards further have smaller heatsinks and fewer overclocking features. Despite the restrictions, the new MSI A58 FM2+ motherboards still incorporate MSI's OC Genie 4, Click BIOS 4, and Command Center technologies along with the company's Military Class 4 hardware components. 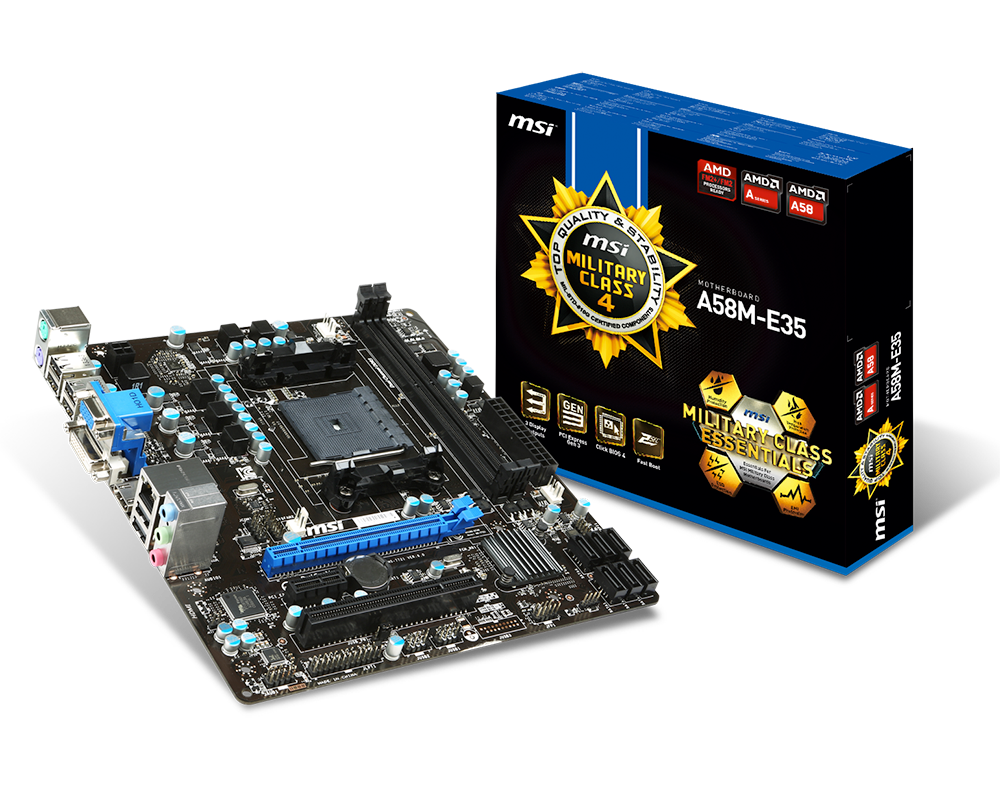 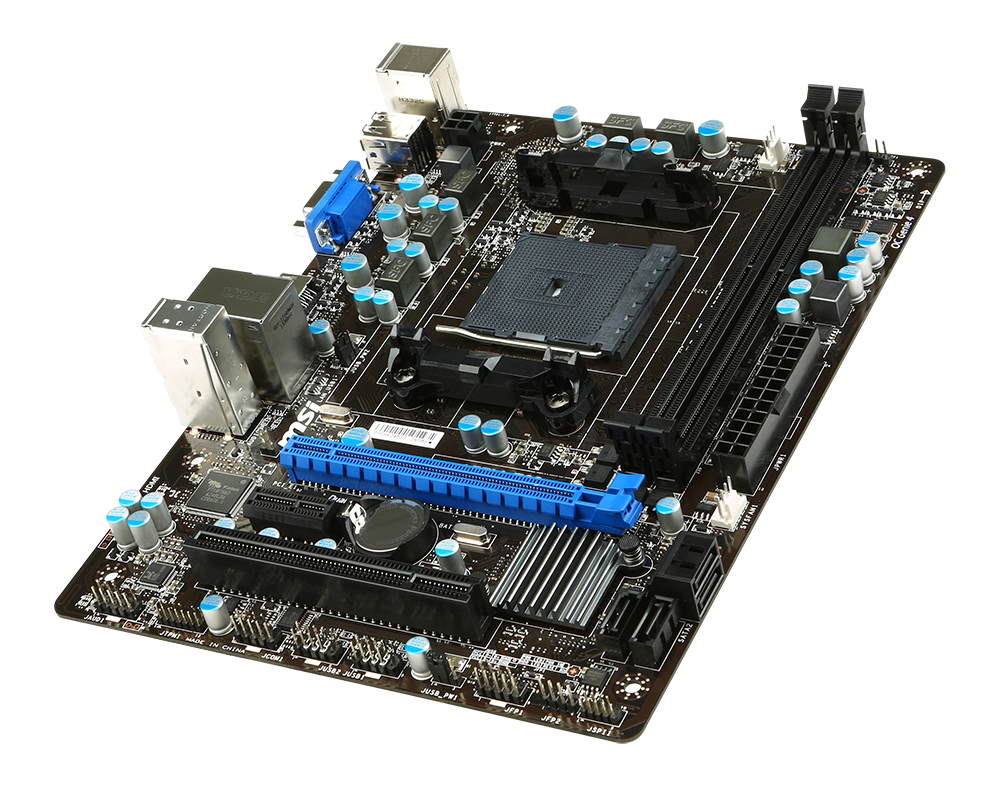 Finally, MSI's lowest-end A58M-E33 is a Micro ATX board similar in layout to the A58-E35, but with fewer port options. The expansion slot and memory slot configuration stays the same as the E35, but there are two fewer SATA II ports (four total) and two fewer USB 2.0 ports on the rear IO panel. Speaking of I/O, the board is similar to the E35 except that it lacks a DVI video output and two USB 2.0 ports.

MSI has not yet released exact pricing, but expect these boards to be well under $100, and the two micro ATX variants to be closer to the $50 mark based on prices of the higher-end A78 and A88 chipset-based motherboards. All three will be available for purchase later this year.