NVIDIA has just announced the GeForce GTX Titan Black. Based on the full high-performance Kepler (GK110) chip, it is mostly expected to be a lower cost development platform for GPU processing applications. All 2,880 single precision (FP32) CUDA Cores and 960 double precision (FP64) CUDA Cores are unlocked, yielding 5.1 TeraFLOPs of 32-bit decimal and 1.3 TeraFLOPs of 64-bit decimal performance. The chip contains 1536kB of L2 Cache and will be paired with 6GB of video memory on the board. 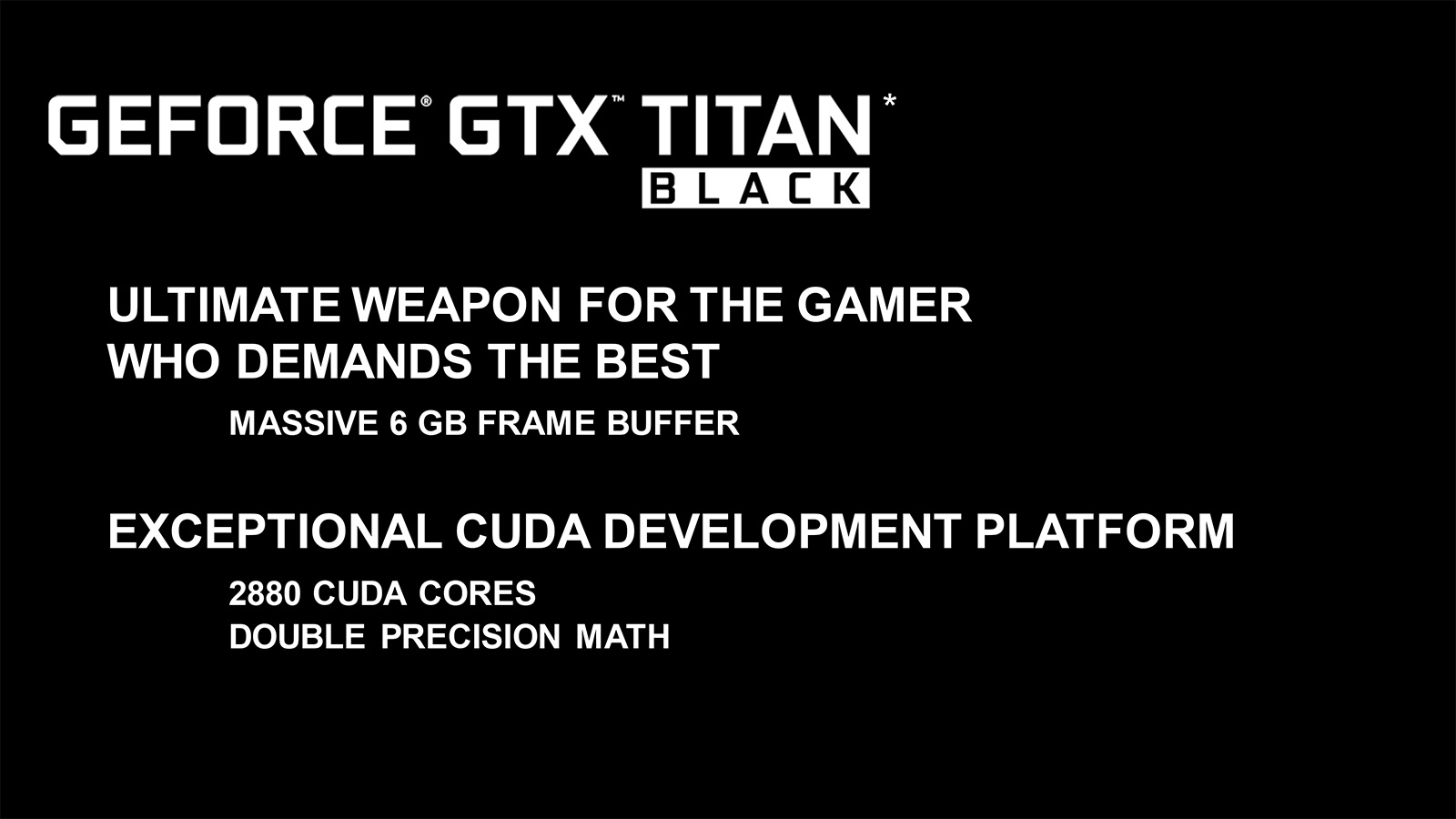 The original GeForce GTX Titan launched last year, almost to the day. Also based on the GK110 design, it also featured full double precision performance with only one SMX disabled. Of course, no component at the time contained a fully-enabled GK110 processor. The first product with all 15 SMX units active was not realized until the Quadro K6000, announced in July but only available in the fall. It was followed by the GeForce GTX 780 Ti (with a fraction of its FP64 performance) in November, and the fully powered Tesla K40 less than two weeks after that. 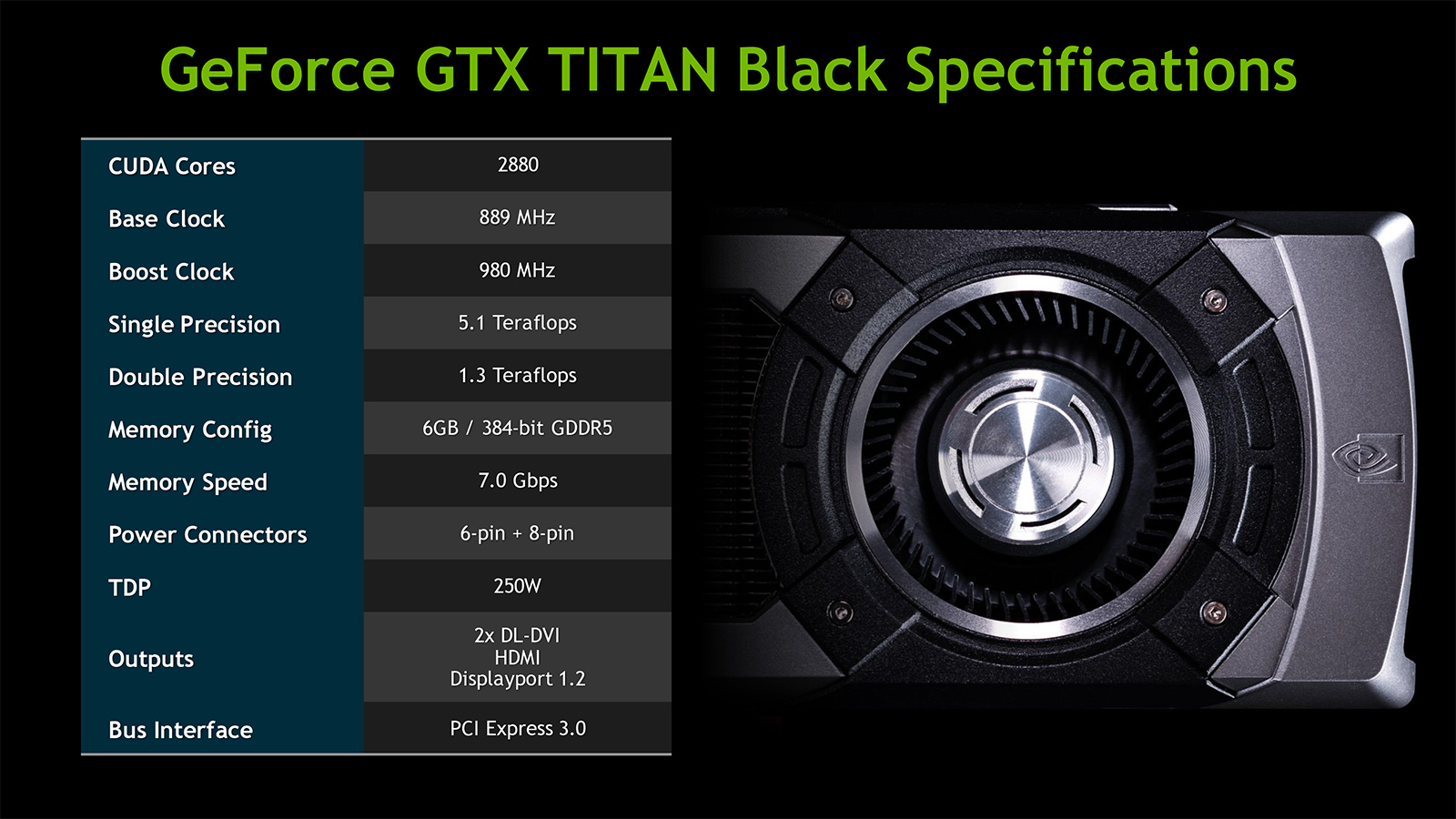 For gaming applications, this card is expected to have comparable performance to the GTX 780 Ti… unless you can find a use for the extra 3GB of memory. Games do not display much benefit with the extra 64-bit floating point (decimal) performance because the majority of their calculations are at 32-bit precision.

The NVIDIA GeForce GTX Titan Black is available today at a price of $999.