Samsung recently announced two new 32-bit Exynos 5 processors with the eight core Exynos 5 Octa 5422 and six core Exynos 5 Hexa 5260. Both SoCs utilize a combination of ARM Cortex-A7 and Cortex-A15 CPU cores along with ARM's Mali graphics. Unlike the previous Exynos 5 chips, the upcoming processors utilize a big.LITTLE configuration variant called big.LITTLE MP that allows all CPU cores to be used simultaneously. Samsung continues to use a 28nm process node, and the SoCs should be available for use in smartphones and tablets immediately.

The Samsung Exynos 5 Octa 5422 offers up eight CPU cores and an ARM Mali T628 MP6 GPU. The CPU configuration consists of four Cortex-A15 cores clocked at 2.1GHz and four Cortex-A7 cores clocked at 1.5GHz. Devices using this chip will be able to tap up to all eight cores at the same time for demanding workloads, allowing the device to complete the computations and return to a lower-power or sleep state sooner. Devices using previous generation Exynos chips were faced with an either-or scenario when it came to using the A15 or A7 groups of cores, but the big.LITTLE MP configuration opens up new possibilites.

While the Octa 5422 occupies the new high end for the lineup, the Exynos 5 Hexa 5260 is a new midrange chip that is the first six core Exynos product. This chip uses an as-yet-unnamed ARM Mali GPU along with six ARM cores. The configuration on this SoC is four low power Cortex-A7 cores clocked at 1.3GHz paired with two Cortex-A15 cores clocked at 1.7GHz. Devices can use all six cores at a time or more selectively. The Hexa 5260 offers up two higher powered cores for single threaded performance along with four power sipping cores for running background tasks and parallel workloads.

The new chips offer up access to more cores for more performance at the cost of higher power draw. While the additional cores may seem like overkill for checking email and surfing the web, the additional power can enable things like onboard voice recognition, machine vision, faster photo filtering and editing, and other parallel-friendly tasks. Notably, the GPU should be able to assist with some of this parallel processing, but GPGPU is still relatively new whereas developers have had much more time to familiarize themselves with and optimize applications for multiple CPU threads. Yes, the increasing number of cores lends itself well to marketing, but that does not preclude them from having real world performance benefits and application possibilities. As such, I'm interested to see what these chips can do and what developers are able to wring out of them. 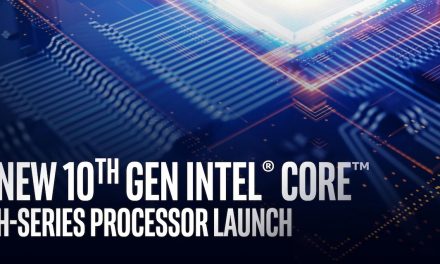