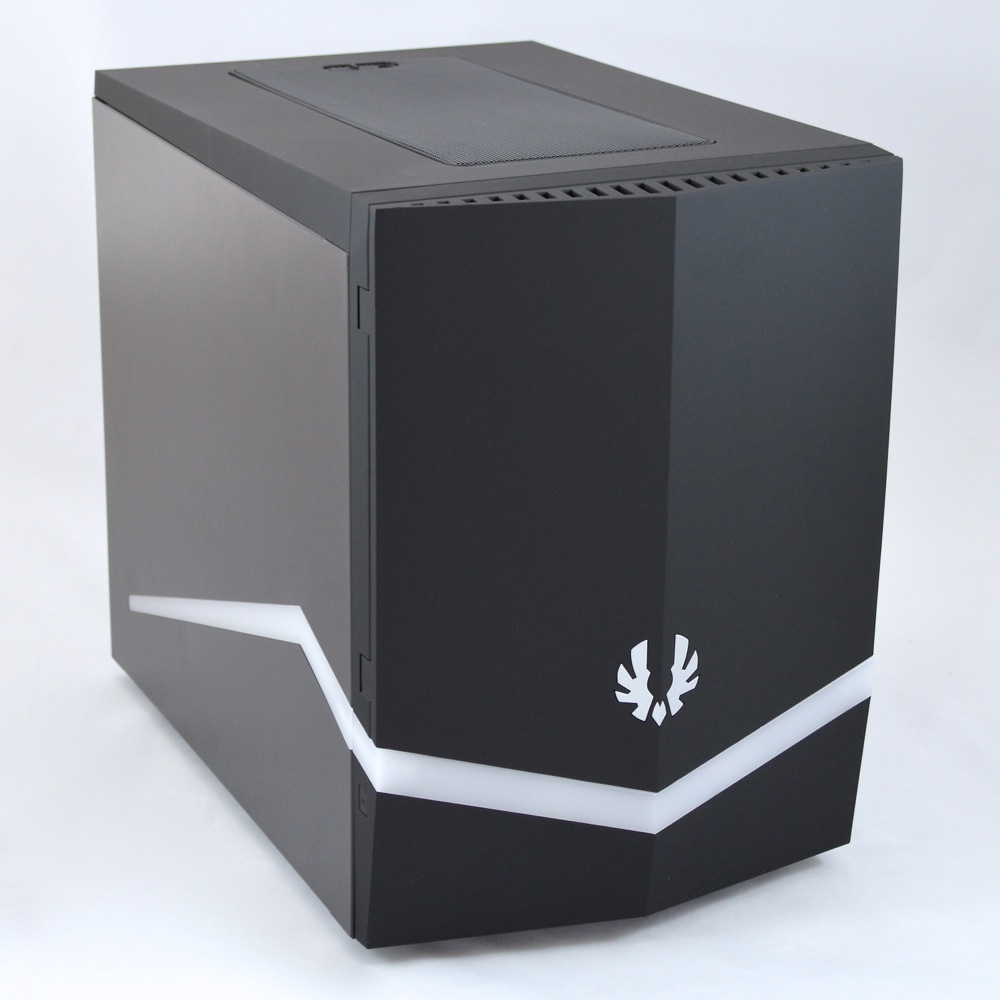 Inside the Case Part II

The BitFenix Colossus Micro-ATX case uses an inverted motherboard design, much like the SilverStone Temjin TJ08-E (one of my long time "go-to" mATX enclosures for smaller builds). 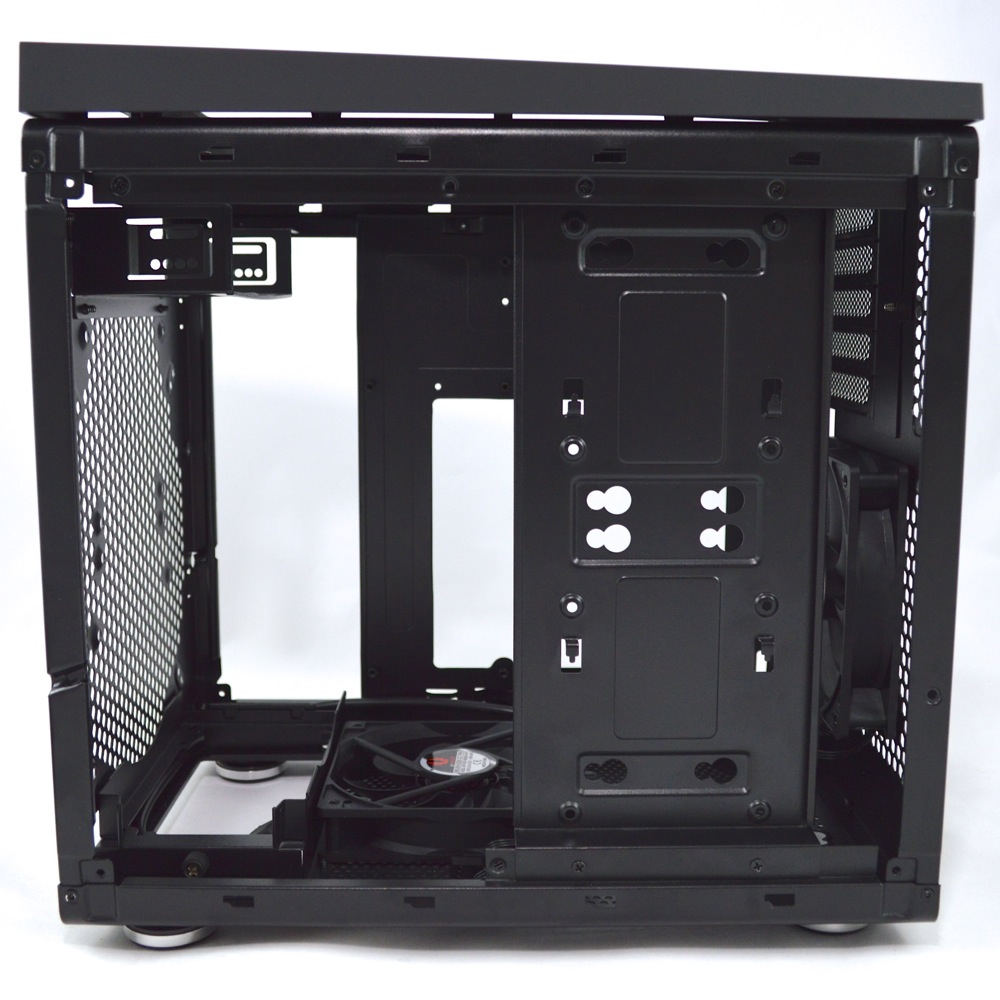 A note here: as you can see the motherboard tray is blocked by what looks like a support of some kind. This is easily removed with four small screws. 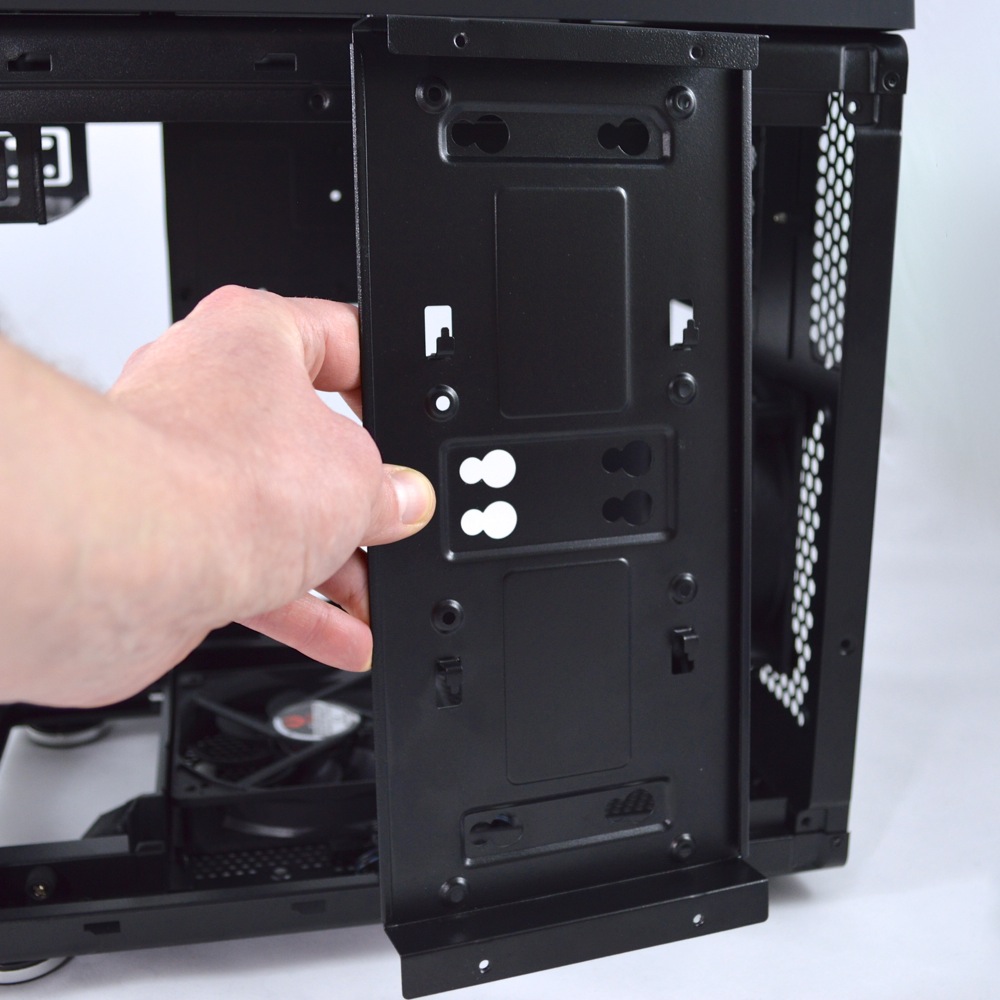 This bracket is actually a storage drive mount, and holds up to two 3.5” hard drives on one side, and three 2.5” drives on the other. The bottom of the case is also designed to hold storage, with mounts for two 3.5” drives (provided no bottom fans are installed). 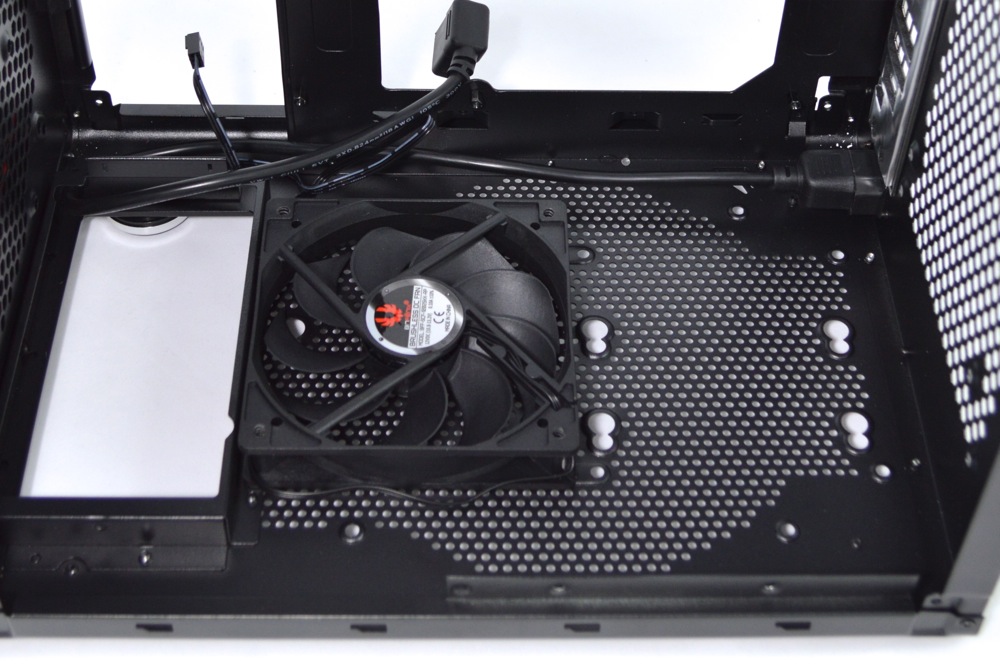 Those familiar with inverted case designs know that the motherboard is mounted “upside-down”, and the access side panel is located on the opposite side compared to a traditional case. This design allows for positive airflow from fans at the front of the case, but the layout of the Colossus Micro-ATX will have the power supply blocking access to the front intake. Here we see the PSU mount: 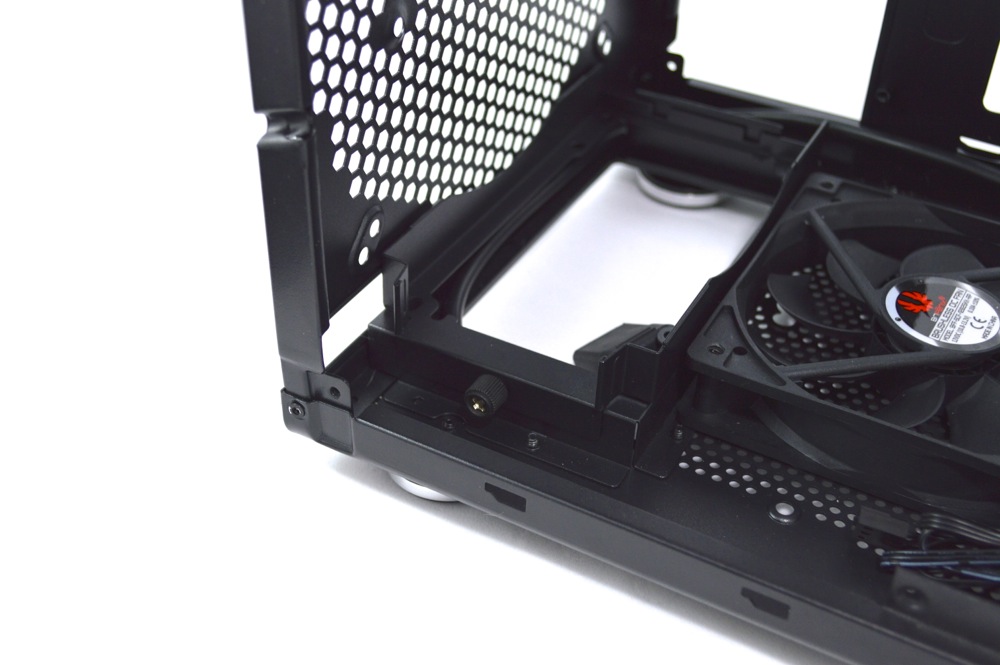 Thankfully the enclosure provides multiple fan mounting locations, so different options are easily available. Additional options for airflow include mounting dual fans either above or below, or both. By drawing in air from the bottom it may be possible to achieve some good cooling numbers without using the positive pressure from a larger front intake, though this would be hampered somewhat by a larger graphics card. 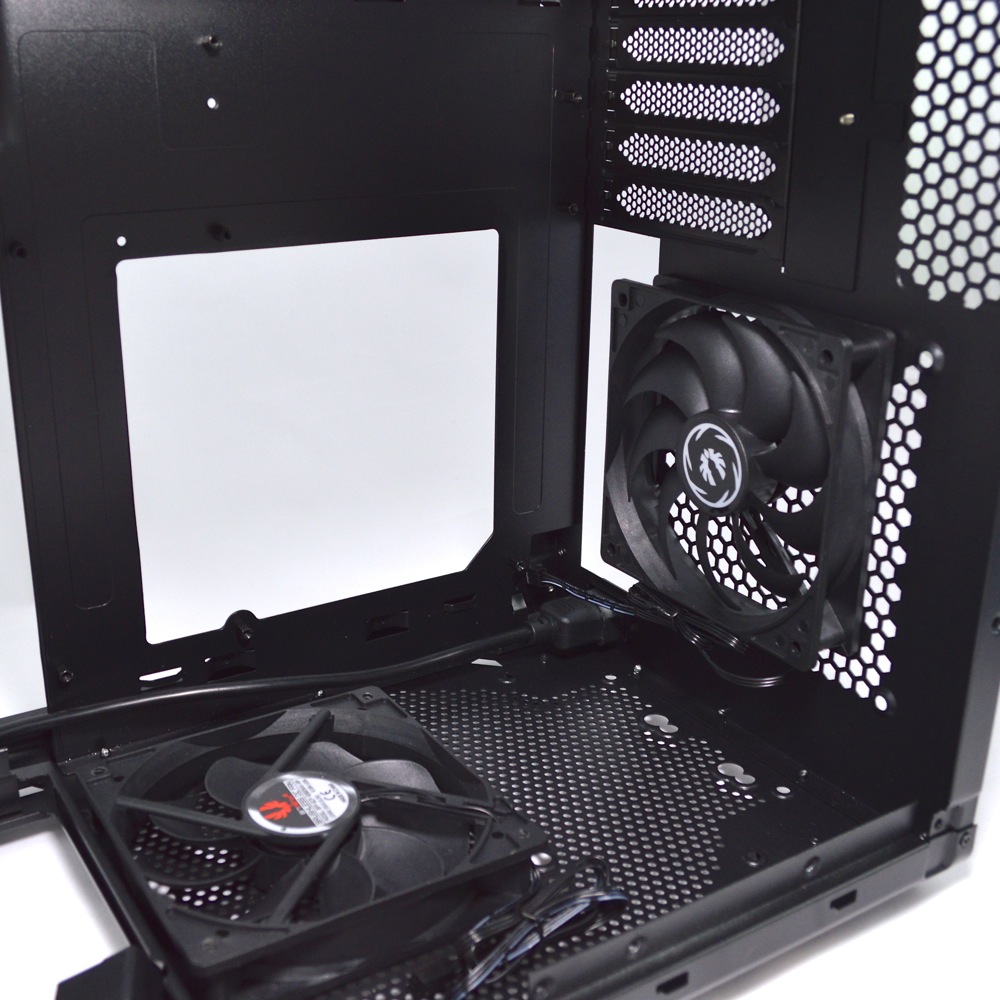 With a 120mm rear fan installed by default there will still be some heat escaping the back of the case, or this can be a mounting point for a 120mm (or 140mm) all-in-one liquid cooler. 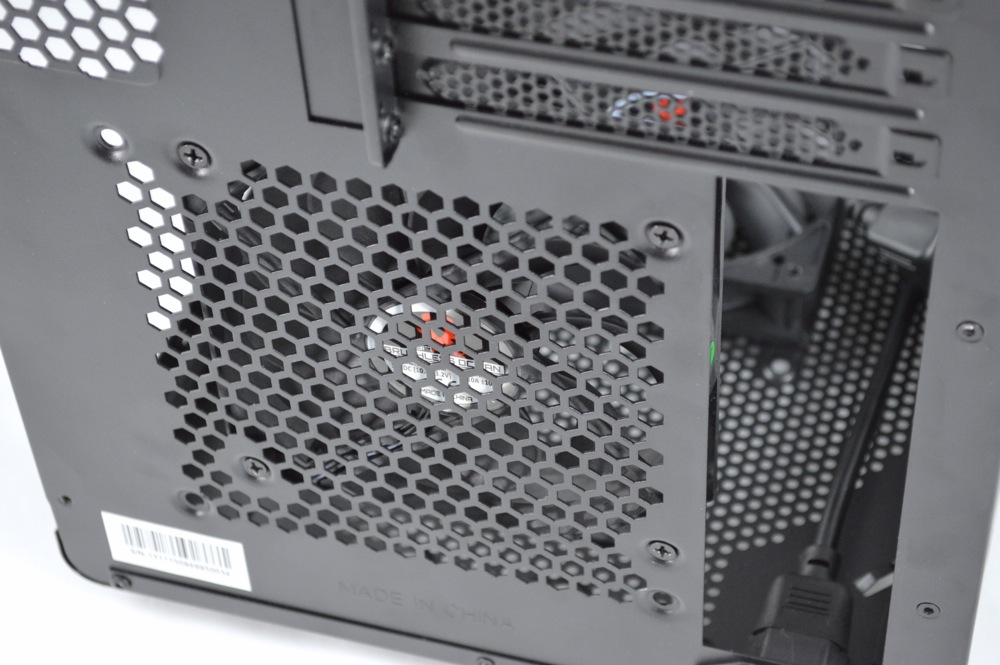 You can see the alternate mounts for a 140mm fan in this view from the rear, and this of course provides support for 140mm AIO liquid coolers as well. In fact, this mount could be used for some interesting GPU liquid cooling options, such as Ryan's exploits in overclocking an R9 290 using the 140mm NZXT Kraken G10!

Worth mentioning is the lack of dust screens for the bottom and rear fan mounts. The top of the case has mesh in the removable panel that will help reduce dust (as does the front panel, though not used in this enclosure for intake fans), but for rear or lower fans there would be nothing shielding your system from buildup when drawing air into the case.

BitFenix has designed this case to allow for up to two full-length graphics cards with a micro-ATX build. The concession for this (and for the installation of a 240mm radiator as well) is the inability to install the optical drive. 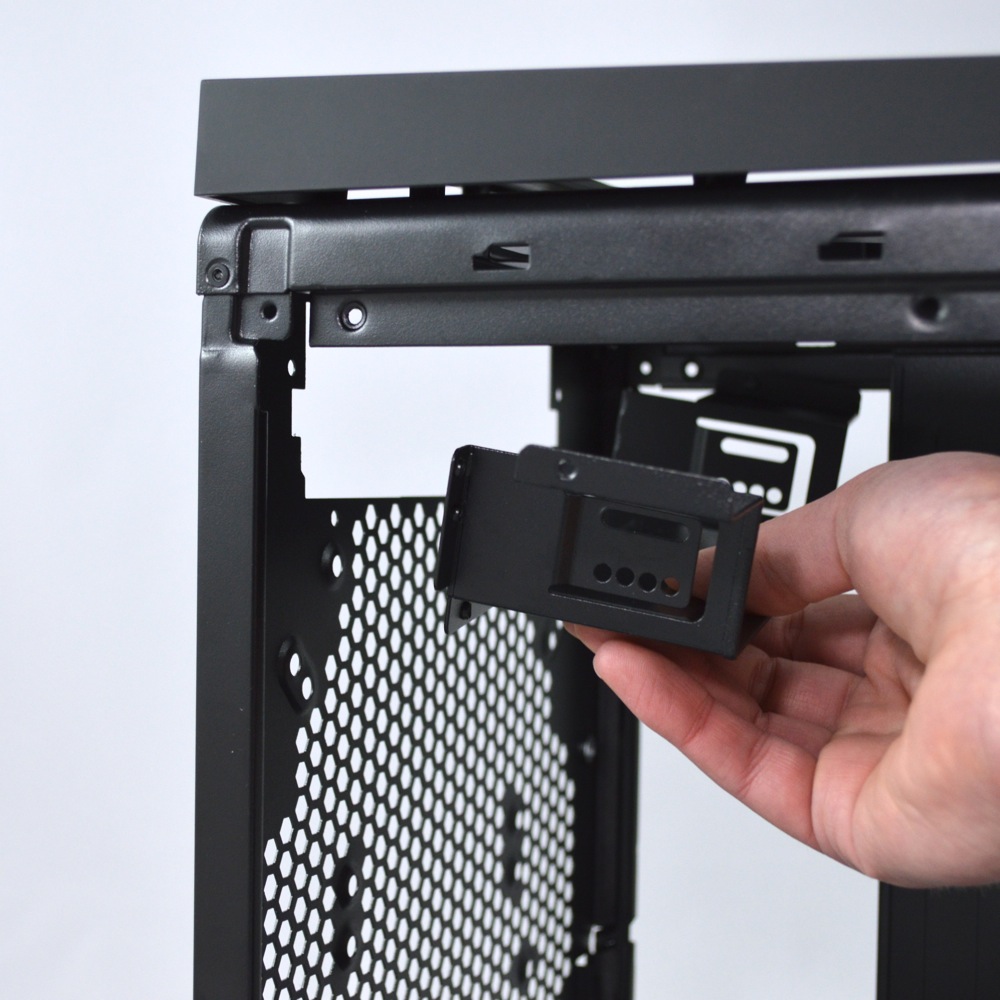 In fact, to make things easier (and cleaner looking), the 5.25” mounting bracket can be completely removed with just six screws, leaving some much appreciated lateral room for graphics and cooling configurations. 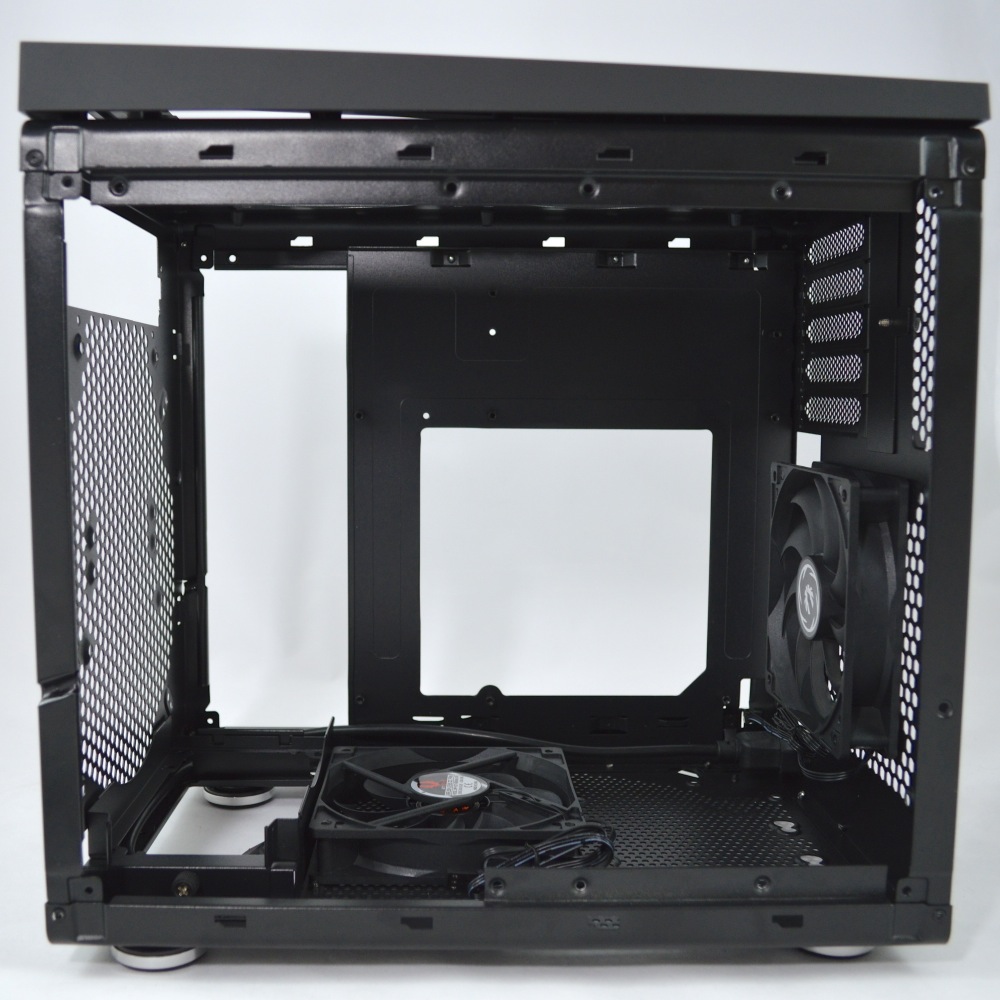 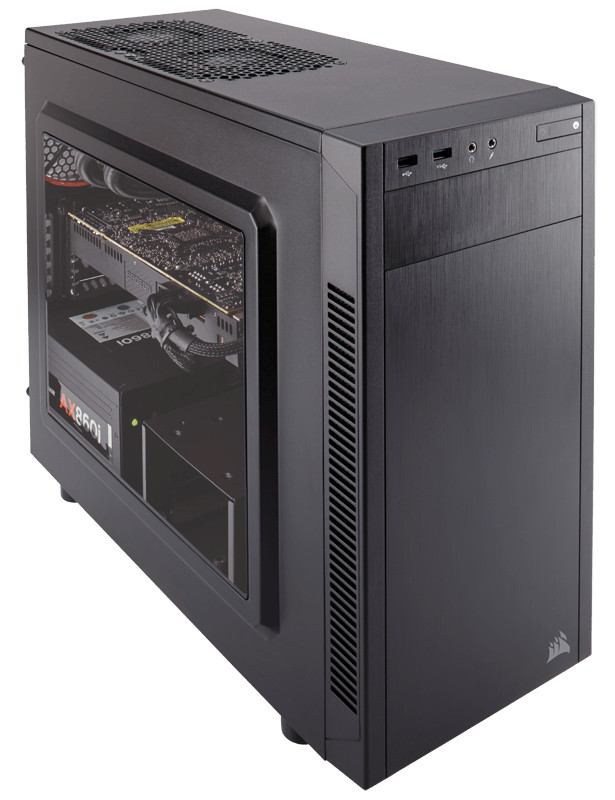 Free to be green 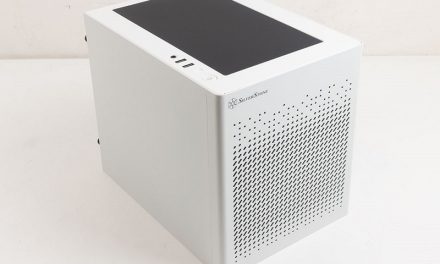