The card is nice and heavy with a pretty robust heatsink.  The heatsink itself is split into two units, both of which are connected by four heatpipes to each other and the GPU.  One other heatpipe curves back into the primary heatsink to more effectively spread the heat.  Two 80 mm fans with BIOS and user controlled speeds keep the card nice and cool.  EVGA has implemented a heatplate that also acts to stiffen the PCB to minimize warping.  The overall fan/heatsink/plate make it a very heavy card.  Without the stiffening elements, it would be a real challenge to keep the pcb straight when installed. 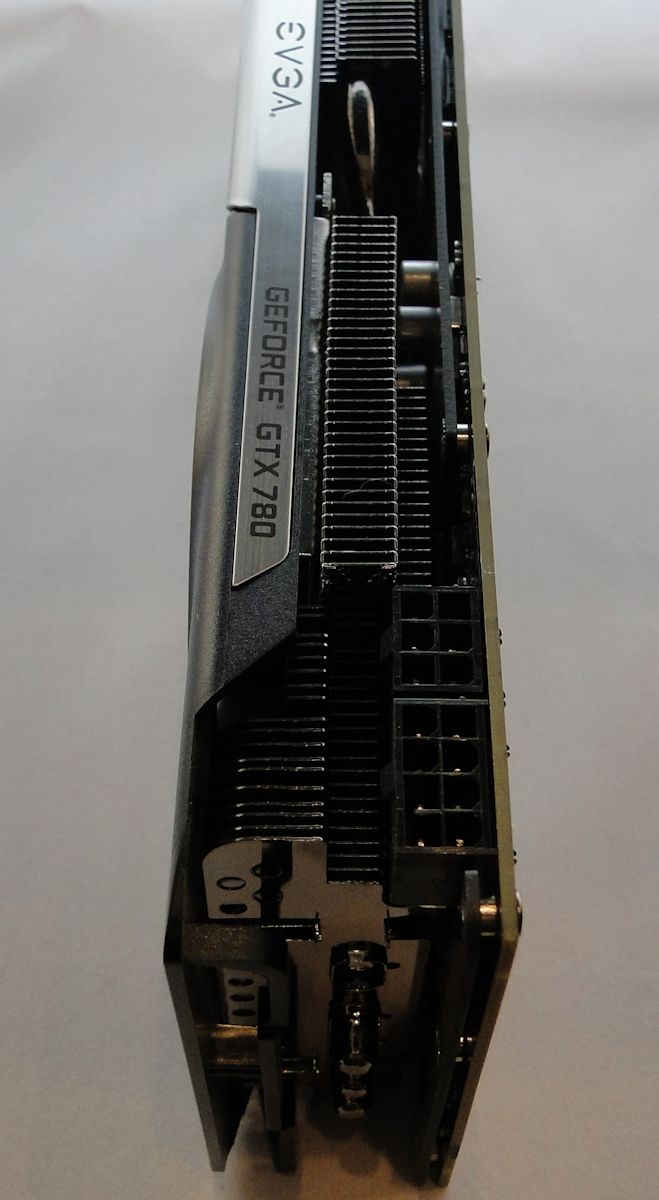 The card features a 6 + 8 pin power connection, which provides 250 watts of power to the card.

The BIOS switch on the back is actually quite small.  To change the BIOS one needs to use a very finely pointed implement.  Eyeglass repair kit screwdrivers seem to work really well here, but don’t expect sausage fingers to be able to switch it up.  The instructions silkscreened on the back of the card are confusing when it comes to switching the BIOS to the secondary chip.  It is better to look at the EVGA website to get the instructions on how to switch them out.

The cooling shroud is not gaudy in the least.  It is a very understated affair with nice touches throughout.  No bold colors, no heatpipes sticking out of the top, and no outlandish graphics adorn the card.  It shows the branding for EVGA, the GTX 780, and their ACX cooling and that is it.  It has a few nice flourishes and EVGA keeps it very classy.  For those wanting to show off their computer internals, it is a very nice selection.  I think we all remember the days of vid cards coming with massive stickers on the heatsink shroud that show off scantily clad women in non-functional armor looking menacing at the buyer.  Or at least I am assuming that they were looking menacingly at me…

The back is relatively sparse, except for the low profile caps directly behind the GPU.

The card leaves a very good impression on the buyer with the quality add-ins, build, looks, and performance of the GTX 780.

EVGA has a very loyal following for some very specific reasons.  Not only do they produce some very good video cards at good prices, but they support their users like few other companies.  The card carries a three year warranty, which is very common in the industry.  What EVGA does beyond that puts a lot of other, larger groups to shame.

Quite a few of the EVGA employees make themselves available to users through their forums and community building activities.  This puts an actual face to the company when dealing with issues, sharing results, or just chatting with people who are enthusiastic and passionate about gaming and graphics.  This community building does make for a much more responsive group when users do in fact have problems with their product, software, or drivers.  It is hard to get mad at a company when they get back to you in a timely manner and work personally with you to try to fix issues. 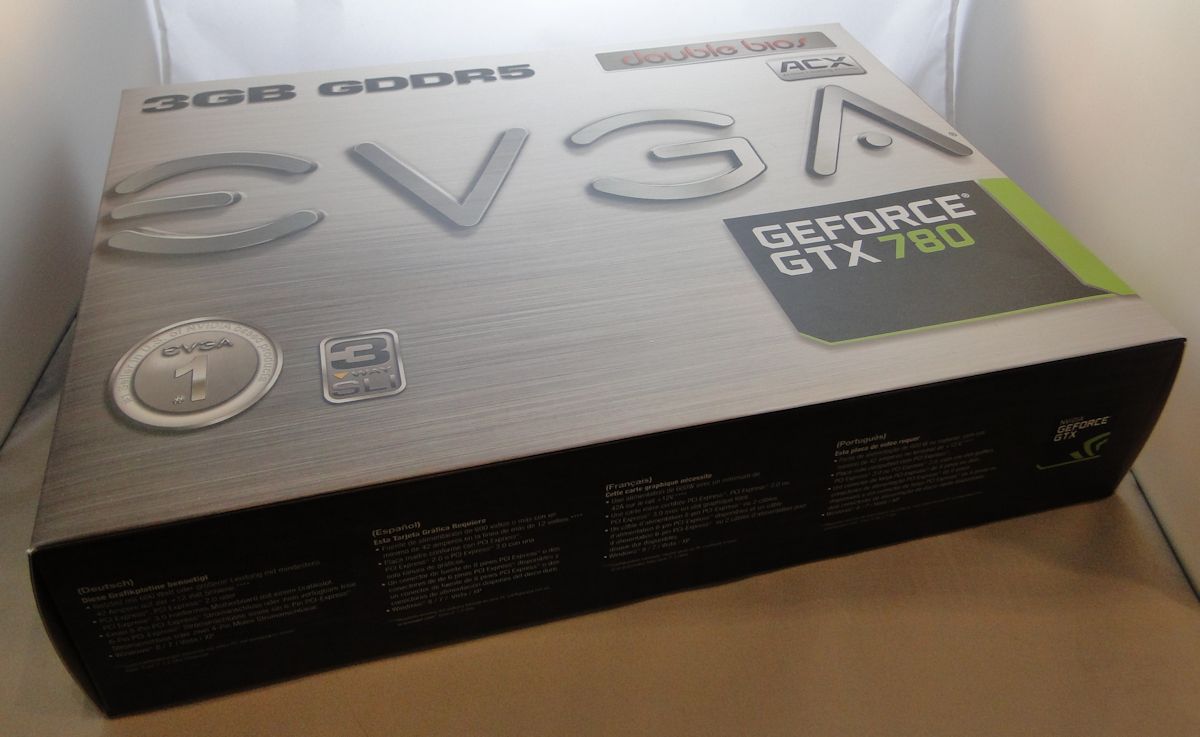 EVGA makes some understated, but attractive boxes that look like they mean business.  Again, bad artwork is not present with this product.

There is also the Step-Up program that has been running for quite a few years now.  Users who buy EVGA products and register them, can get discounts on new cards within a certain period of time after the initial purchase.  This helps to protect the user a bit if there is a new, shiny card introduced that they would have rather waited for if they had known it was coming.  If a user wants to take advantage of the Step-Up program, they really need to go to the EVGA site right after purchase and look over the rules.  They aren’t complex, but time is of the essence when registering the product to be able to potentially utilize this program.

The company does a lot of outreach to their users and consumers.  This typically results in quite a few repeat customers who have a personal connection to EVGA and their employees.  It doesn’t hurt that EVGA does have a pretty good reputation with the quality of their cards.