Today, Oculus VR issued a statement which claims that Michael Abrash has joined their ranks as Chief Scientist. Abrash was hired by Valve in 2011 where he led, and apparently came up with the idea for, their wearable computing initiatives. For a time, he and Jeri Ellsworth were conducting similar projects until she, and many others, were forced out of the company for undisclosed reasons (she was allowed to take her project with her which ultimately became CastAR). While I have yet to see an official announcement claim that Abrash has left Valve, I have serious doubts that he would be employed in both places for any reasonable period of time. With both gone, I wonder about Valve's wearable initaitive going forward.

This press statement comes just three days after Facebook announced "definitive" plans to acquire Oculus VR for an equivalent of $2 billion USD (it is twice the company Instragram was). Apparently, the financial stability of Facebook (… deep breath before continuing…) was the catalyst for this decision. VR research is expensive. Abrash is now comfortable working with them, gleefully expending R&D funds, advancing the project without sinking the ship.

And then there's Valve.

On last night's This Week in Computer Hardware (#260), Patrick Norton and I were discussing the Oculus VR acquisition. He claimed that he had serious doubts about whether Valve ever intended to ship a product. So far, the only product available that uses Valve's research is the Oculus Rift DK2. Honestly, while I have not really thought about it until now, it would not be surprising for Valve to contribute to the PC platform itself.

And, hey, at least someone is not afraid of Facebook's ownership.

The internet is whipping out some Core-i9 tales 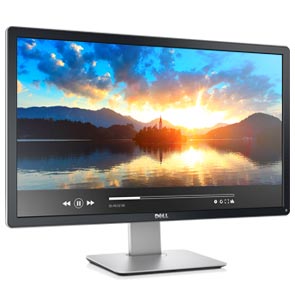