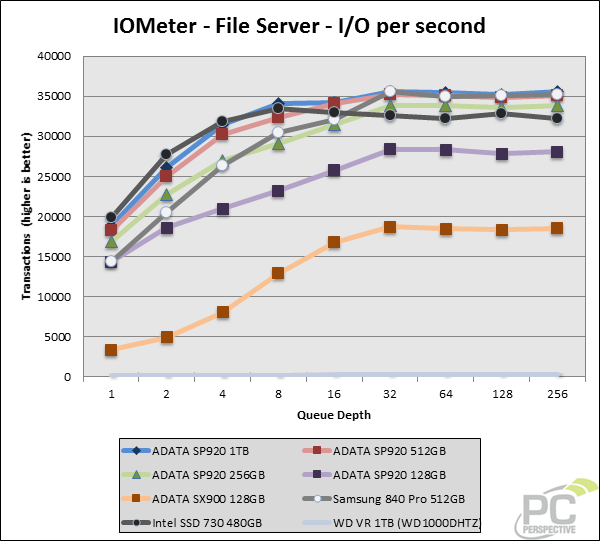 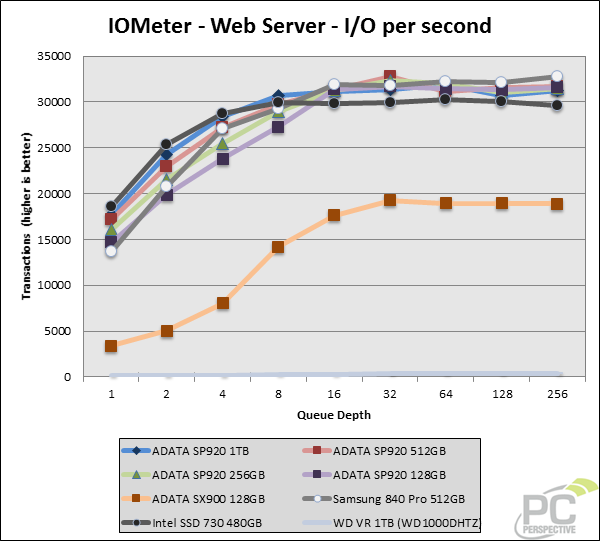 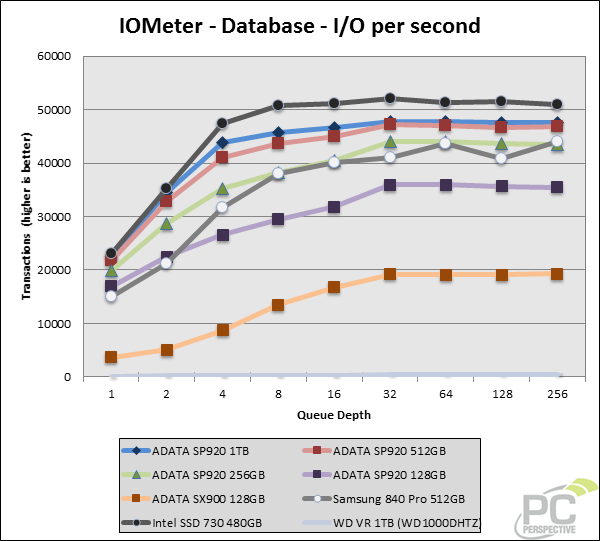 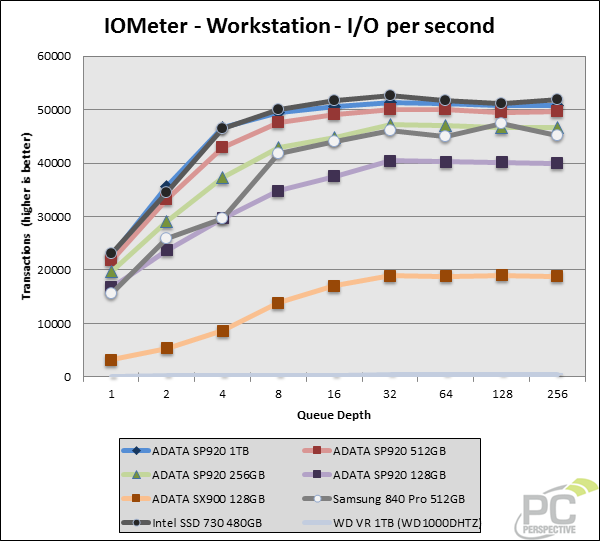 The SP920 turns in some surprising results in this punishing test. The Intel SSD 730 does clean up here, but the top two capacities of the SP920 are nipping at its toes. Performance drops off proportionally as we get into the 256 and 128GB capacities due to reduced die count. The older SX900's SandForce controller is plainly dusted in this test. 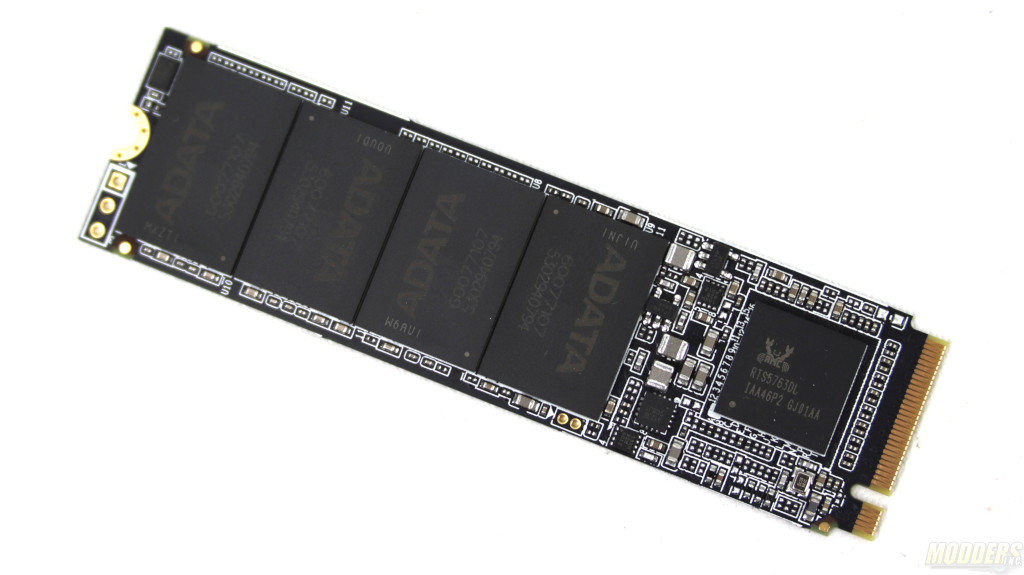