Note that I mention “Max” clockspeed.  While Kabini did not utilize a “boost” style clock, it typically ran at the top speed all the time when at load.  Beema/Mullins will actually go into a turbo mode when conditions allow it.  AMD has a fairly complex power management controller which looks at workload, temperature, and power consumption and clocks the cores up or down to maximize power efficiency.  When the controller detects an application that can be finished quickly to save power, it can boost the cores to allow them to finish the work and get back to idle as soon as possible.  This improves performance and can improve battery life under such applications. 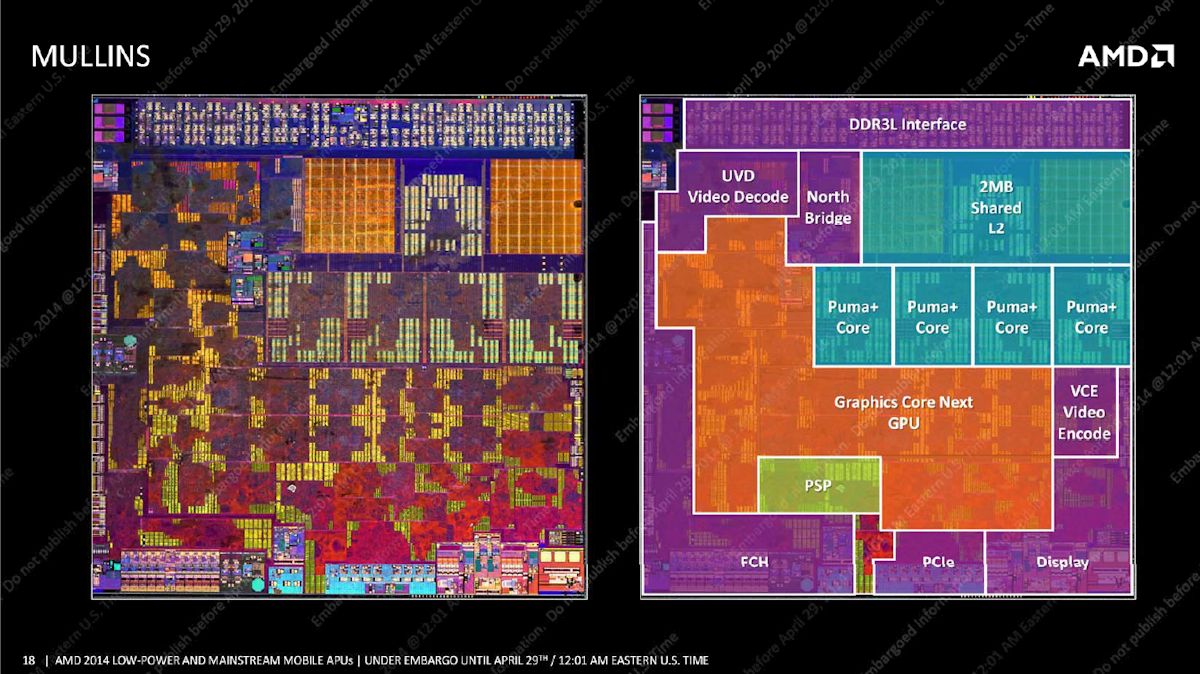 Through what I assume is a lot of simulation from AMD, the power management controller is very aware of what applications can be boosted to improve performance and battery life, it also knows what applications should NOT be boosted.  I would guess an example of an application that should not be boosted would be the Cinebench application.  Each run of Cinebench is a prolonged process, and in a boosted state would likely drain the battery of a mobile device to a great degree.  Operations that can be boosted would be potentially some simple filters or resizing operations for photo manipulation.

This plays into STAPM.  STAPM stands for Skin Temperature Aware Power Management.  This is aimed at tablet usage.  The APU can go to +60C temperatures quite comfortably, but the hand that holds onto the tablet chassis cannot comfortably handle a part that is approaching 60C.  AMD has implemented algorithms that take the max temperature that a user can typically handle into consideration when applying boost.  STAPM will boost an APU for as long as possible, and then cut the speed down before the temperature of the heatsink/chassis becomes uncomfortable for the user. 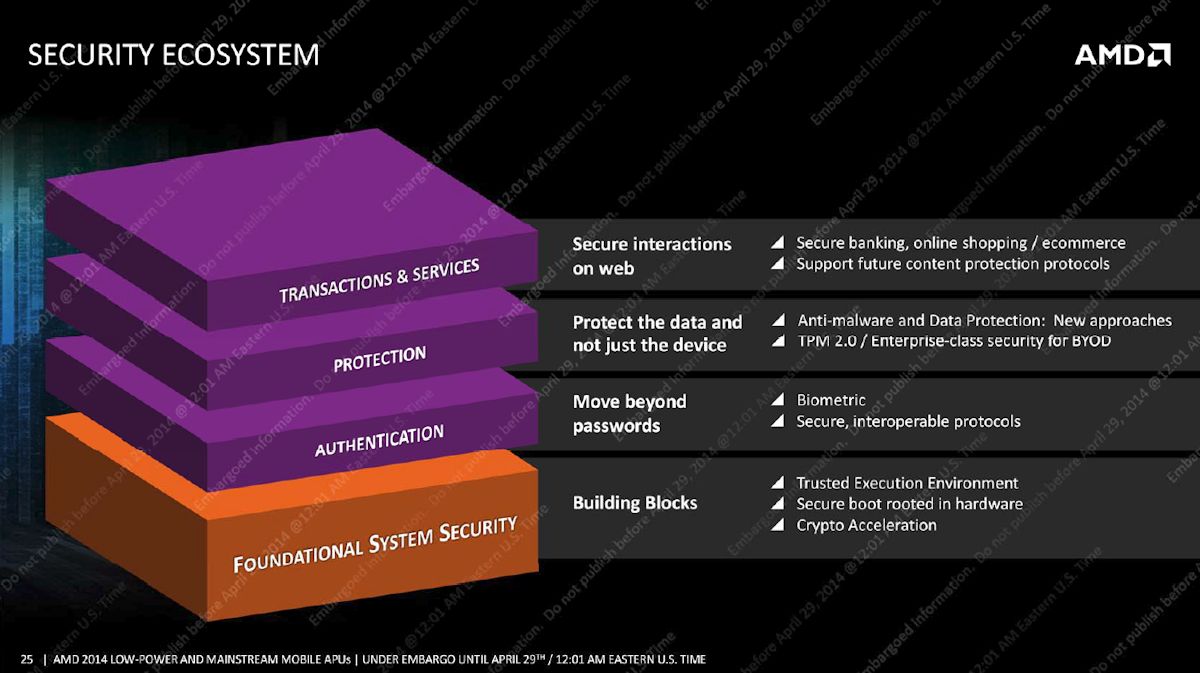 Battery Boost is another aspect of this control mechanism.  It monitors the processes being performed by the APU, and adjusts speeds to optimize performance with an emphasis towards battery usage.  This “Race-to-Idle” usage scenario is well know, but had previously not been implemented into AMD’s APUs in this TDP range.

The implementation of these applications in the Beema/Mullins APUs allows them to achieve the performance and TDP levels that we see today.  Without these power optimizations the battery life would be abysmal and the heat produced by these APUs would quickly burn a user.  AMD has taken these technologies to the next level to deliver a next generation APU without having to utilize a new process node.

There is one new design feature in Beema/Mullins that is not present in Kabini.  Some years back we heard that AMD was going to license a security processor from ARM.  We finally get to see this particular piece of technology in action.  AMD has licensed the ARM Cortex A5 processor which includes TrustZone technology.  This is a hardware security feature that has a fair amount of support due to the proliferation of ARM Cortex-based processors which integrate this functionality.  AMD could have attempted their own security processor/technology, but with ARM offering a ready-made solution at a compelling price, it really made no sense to introduce a new security infrastructure that would directly compete with what Intel has to offer. 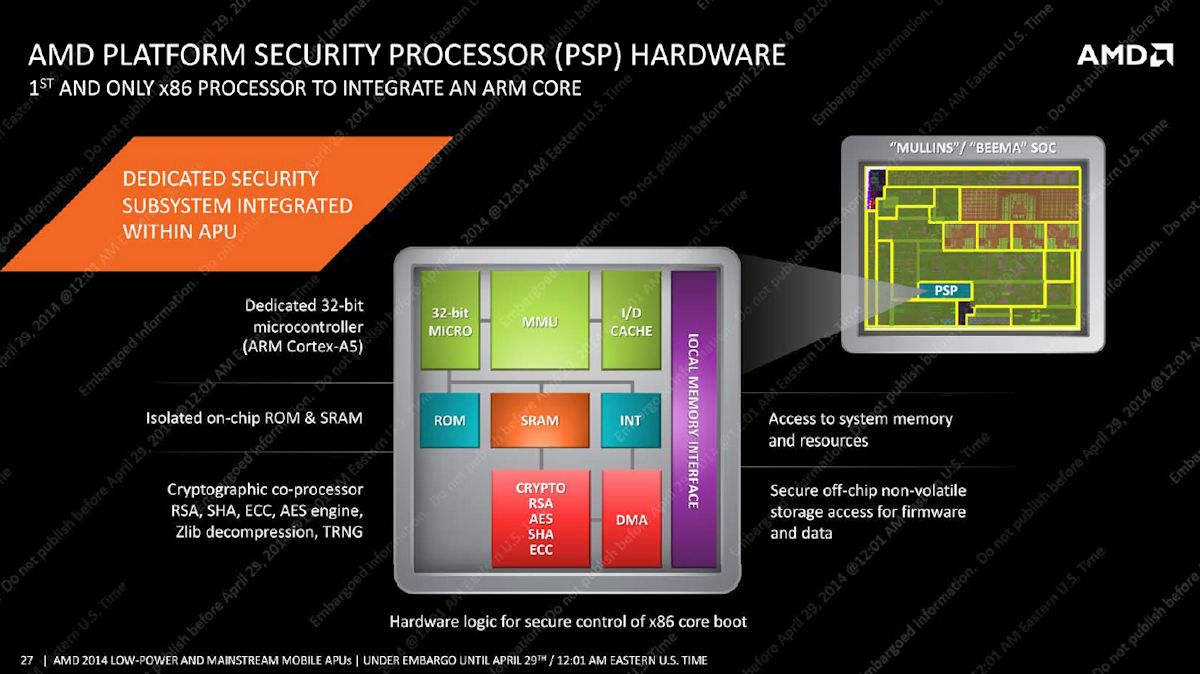 AMD brands this the PSP, which stands for Platform Security Processor.  This chip does not run its own OS, but it is isolated from the other processor cores.  It features its own ROM and cache as well as access to main system memory.  It also features its own cryptographic co-processor that handles RSA, SHA, ECC, AES engine, Zlib decompression, and TRNG.  It also has control over whether or not the x86 cores can actually boot.  If things are not right at boot time, then it will not allow those x86 processors to boot normally.

A hardware based security system does have some inherent strengths over purely software based solutions.  This does not mean that there are not exploitable flaws to any solution, but it should be far less common than what we deal with in software.

These Beema and Mullins parts are not yet available, but if they deliver on their promises, they will be a significant improvement for AMD over their previous generation parts.  Dropping the TDP, while raising the clocks as significantly as they have will allow AMD to more adequately compete against Intel’s Bay Trail parts as well as the low power Haswell units.  AMD continues to outperform Intel on the graphics front with these APUs, and that does not look to change until Intel releases their next generation Broadwell processors. 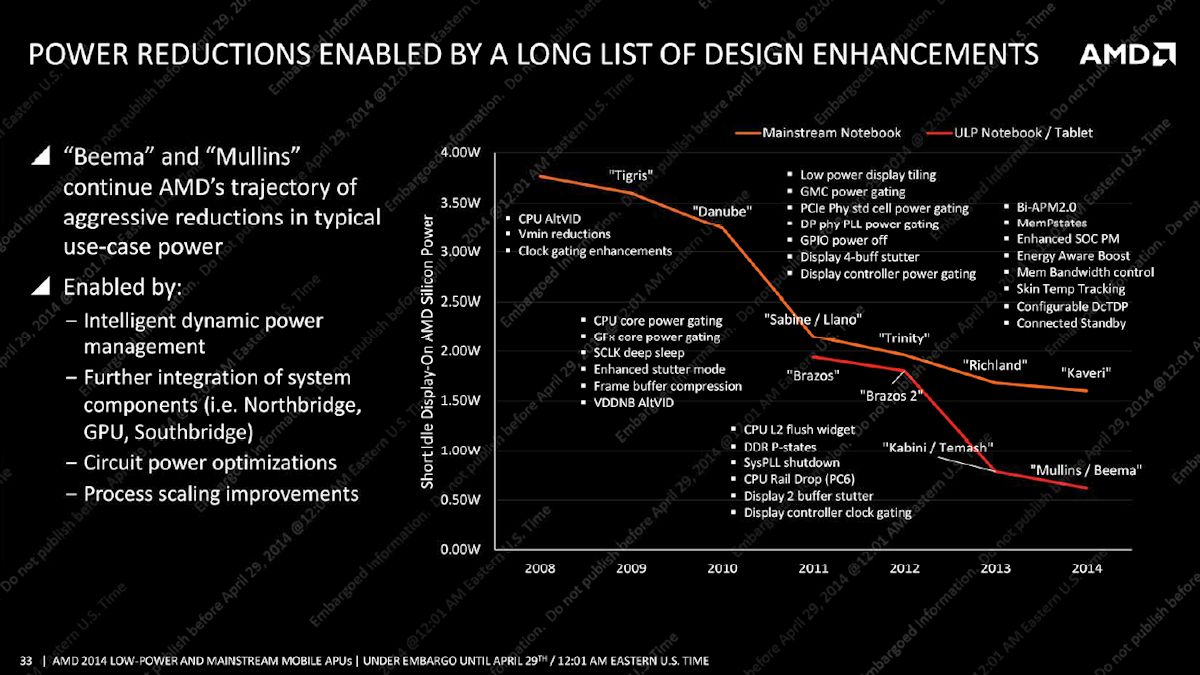 These APUs are aimed at tablets and low end notebooks, but it is quite likely that they will be making it to the AM1 platform sooner as opposed to later.  AMD has an instant competitor in the tablet sphere with its much higher performing APU based on Mullins.  Having a TDP of 4.5 watts and a SDP of 2.8 watts for the highest performing part will allow it to fit in even the slimmest of tablets and still provide plenty of battery lifespan.  Beema will allow for a lot better performance than we have seen with even the AM1 platform with the 25 watt TDP Athlon-5350.

The combination of process enhancements, design enhancements, and the new security functionality will make Beema/Mullins a pretty formidable part in the mobile landscape.  Add in the impressive graphics performance and support that the GCN architecture brings to the x86 market, I think that quite a few manufacturers will pick up this part. 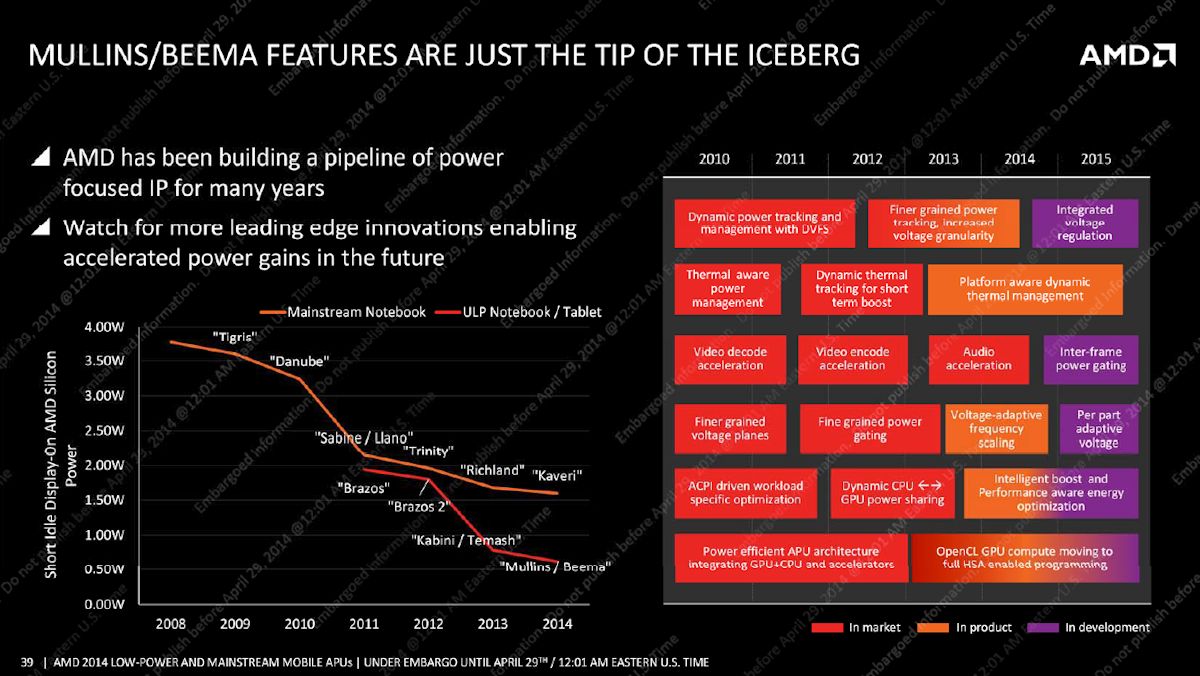 Numbers are great and all, but we have not actually seen these APUs in person.  If AMD can hold to their promises in terms of specs and functionality, this could be their most successful part in the mobile and ultra-mobile marketplaces.  This could be saying something since Brazos sold many tens of millions of parts around the world.  Mobile is the fastest growing segment for semiconductor designers, and AMD does not want to be left behind.  They look to have improved their designs to the point where it would seem foolish to ignore their offerings.  Intel has Bay Trail and mobile Haswell, but each of those implementations have drawbacks as compared to the total package that AMD is introducing with Beema and Mullins.  If AMD can get these out in a timely manner they can capture a significant amount of market share and mind share.  These products look impressive on paper, but we will have to see how they are actually implemented into the market.  The end product will really dictate the success of these products. 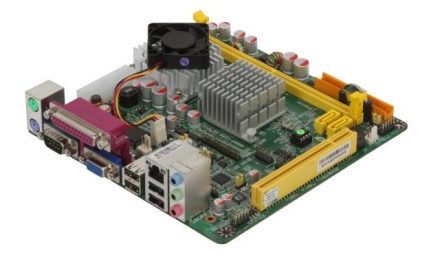