ASUS sought to perfect their designs with the new board lines, building off the successess from the Intel Z87-based boards and improving them for better performance and usability. All board lines feature an updated UEFI BIOS with more GUI-driven interfaces and wizards, particularly aimed at those users who don't want to muck around in the Advanced mode settings. Additionally, all board lines feature updated heat sink designs and aesthetics to further differentiate them from their Z87 counterparts. ASUS also enhanced their AI Suite software with 5-Way Optimization functionality, instead of the 4-Way Optimization functionality integrated into the last generation of AI Suite. 5-Way Optimization functionality integrates TPU (Turbo Processing Unit), EPU (Energy Processing Unit), DIGI+ Power Control, Fan XPert 3, and Turbo App into a single cohesive entity.

ASUS will continue to market the next generation boards across their standard four board lines: 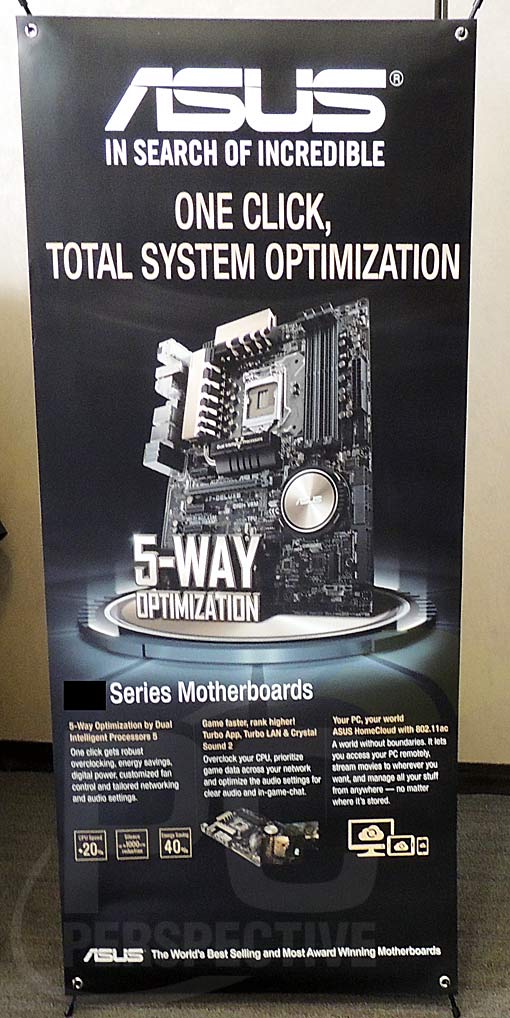 The Channel series boards include all board designs aimed at mainstream consumers and system builders. 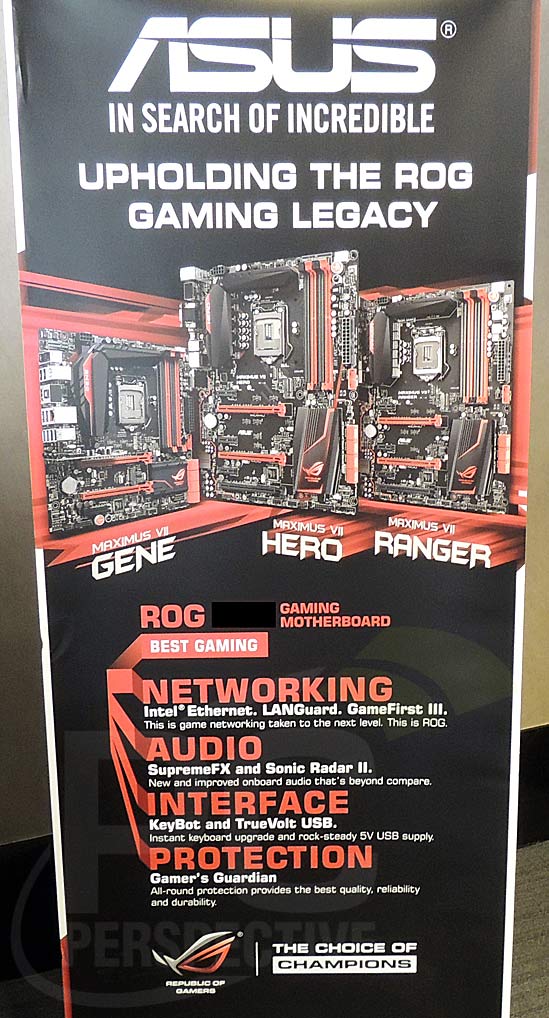 The ROG (Republic of Gamers) series boards are geared more towards enthusiast and gamer users, featuring a black and red color scheme for eye-catching appeal. The boards also feature innovative designs and integrated components that differentiate them from the other lines.

The Workstation series boards are aimed at the high-end ethusiast and corporate users, who require a mix of stability, performance, and graphics horse-power for their day-to-day endevours. Normally, boards in this line are optimized for tri-card or quad-card graphics operation.