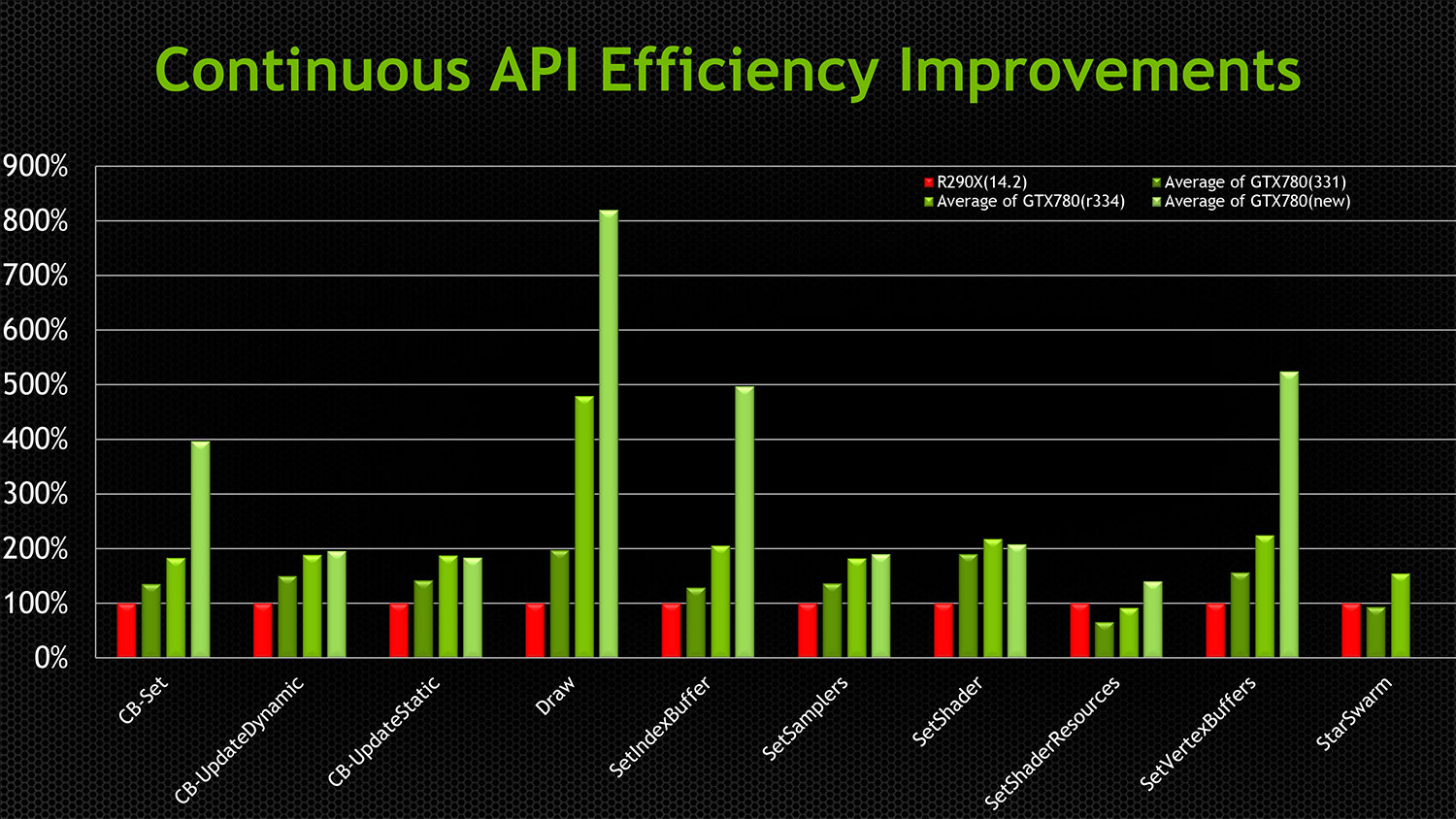 UPDATE: We have put together a much more comprehensive story based on the NVIDIA 337.50 driver that includes more cards and more games while also disputing the Total War: Rome II results seen here. Be sure to read it!!

When I spoke with NVIDIA after the announcement of DirectX 12 at GDC this past March, a lot of the discussion centered around a pending driver release that promised impressive performance advances with current DX11 hardware and DX11 games.

What NVIDIA did want to focus on with us was the significant improvements that have been made on the efficiency and performance of DirectX 11.  When NVIDIA is questioned as to why they didn’t create their Mantle-like API if Microsoft was dragging its feet, they point to the vast improvements possible and made with existing APIs like DX11 and OpenGL. The idea is that rather than spend resources on creating a completely new API that needs to be integrated in a totally unique engine port (see Frostbite, CryEngine, etc.) NVIDIA has instead improved the performance, scaling, and predictability of DirectX 11.

NVIDIA claims that these fixes are not game specific and will improve performance and efficiency for a lot of GeForce users. Even if that is the case, we will only really see these improvements surface in titles that have addressable CPU limits or very low end hardware, similar to how Mantle works today.

Lofty goals to be sure. This driver was released last week and I immediately wanted to test and verify many of these claims. However, a certain other graphics project kept me occupied most of the week and then a short jaunt to Dallas kept me from the task until yesterday.

To be clear, I am planning to look at several more games and card configurations next week, but I thought it was worth sharing our first set of results. The test bed in use is the same as our standard GPU reviews.

The most interesting claims from NVIDIA were spikes as high as 70%+ in Total War: Rome II, so I decided to start there.

First up, let's take a look at the GTX 780 Ti SLI results, the flagship gaming card from NVIDIA. 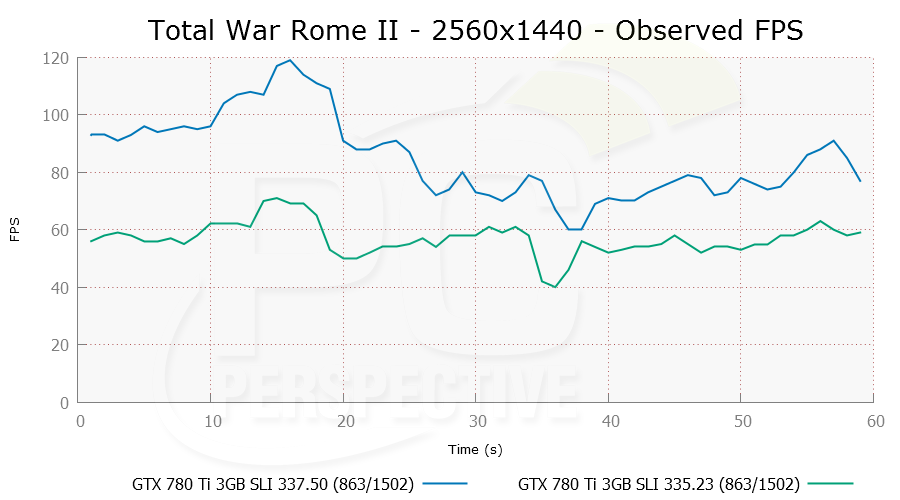 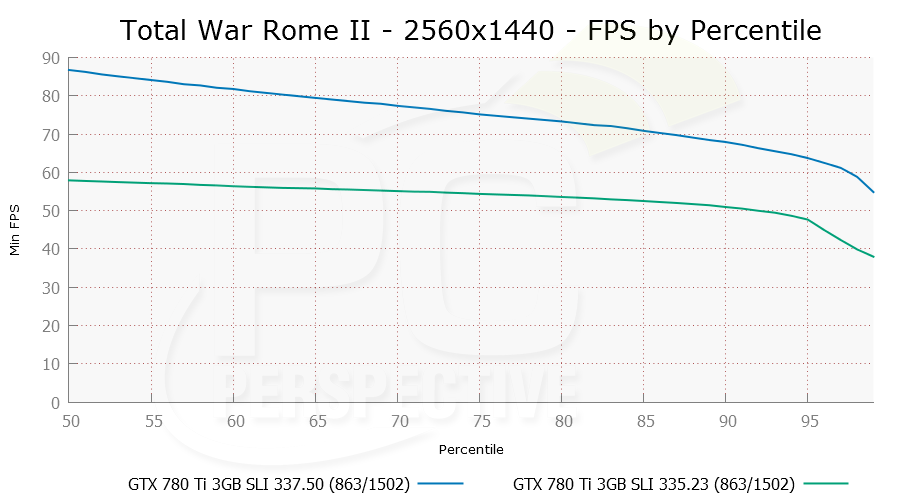 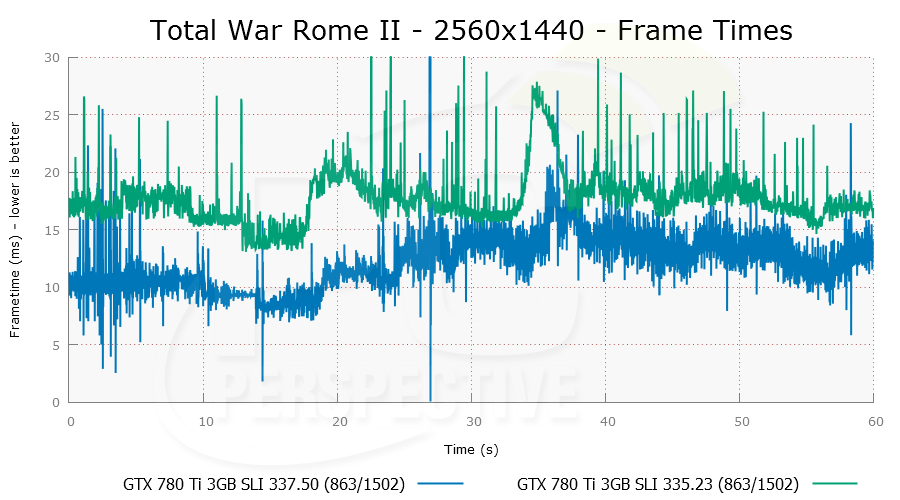 Next up, the GeForce GTX 770 SLI results. 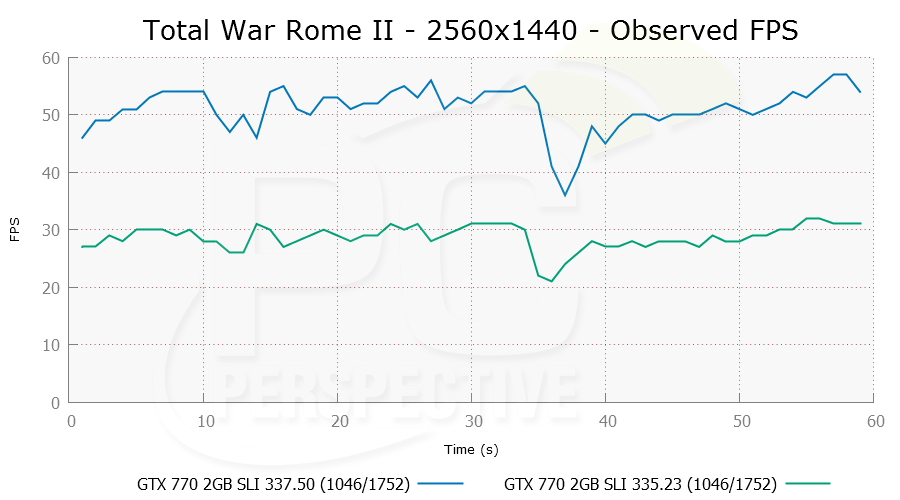 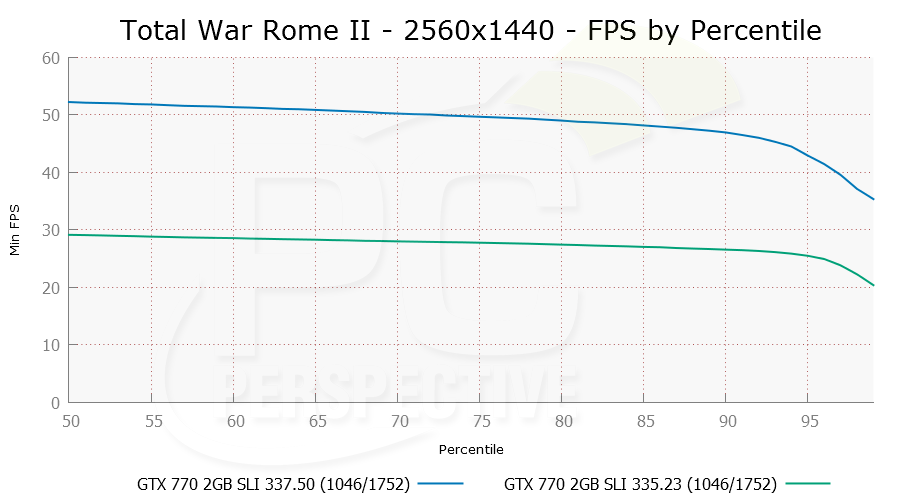 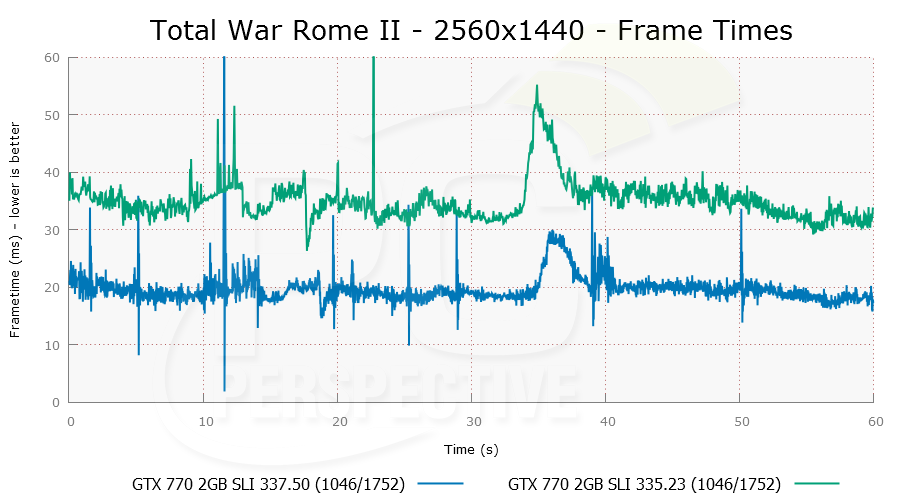 Results here are even more impressive as the pair of GeForce GTX 770 cards running in SLI jump from 29.5 average FPS to 51 FPS, an increase of 72%!! Even better, this occurs without any kind of frame rate variance increase and in fact, the blue line of the 337.50 driver is actually performing better in that perspective.

All of these tests were run with the latest patch on Total War: Rome II and I did specifically ask NVIDIA if there were any differences in the SLI profiles between these two drivers for this game. I was told absolutely not – this just happens to be the poster child example of changes NVIDIA has made with this DX11 efficiency push.

Of course, not all games are going to see performance improvements like this, or even improvements that are measurable at all. Just as we have seen with other driver enhancements over the years, different hardware configurations, image quality settings and even scenes used to test each game will shift the deltas considerably. I can tell you already that based on some results I have (but am holding for my story next week) performance improvements in other games are ranging from <5% up to 35%+. While those aren't reaching the 72% level we saw in Total War: Rome II above, these kinds of experience changes with driver updates are impressive to see.

Even though we are likely looking at the "best case" for NVIDIA's 337.50 driver changes with the Rome II results here, clearly there is merit behind what the company is pushing. We'll have more results next week!