For this quick test we used the in-game benchmark and set the game at the Ultimate preset. 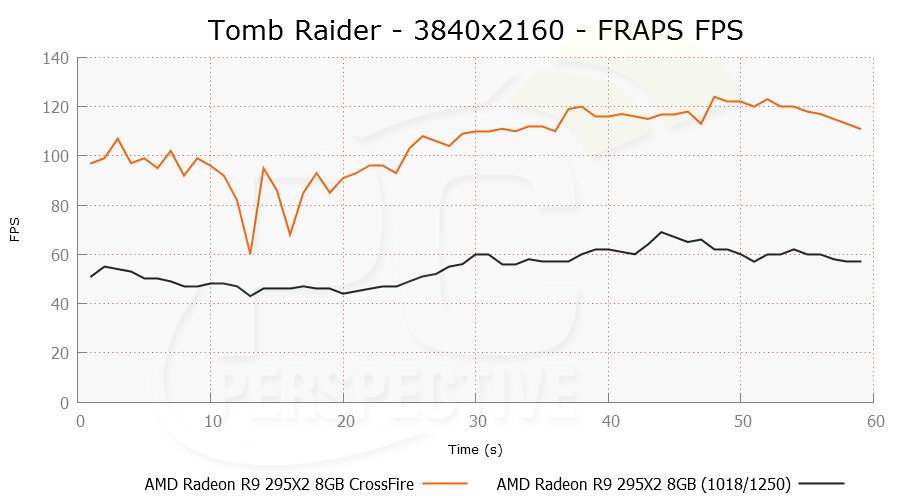 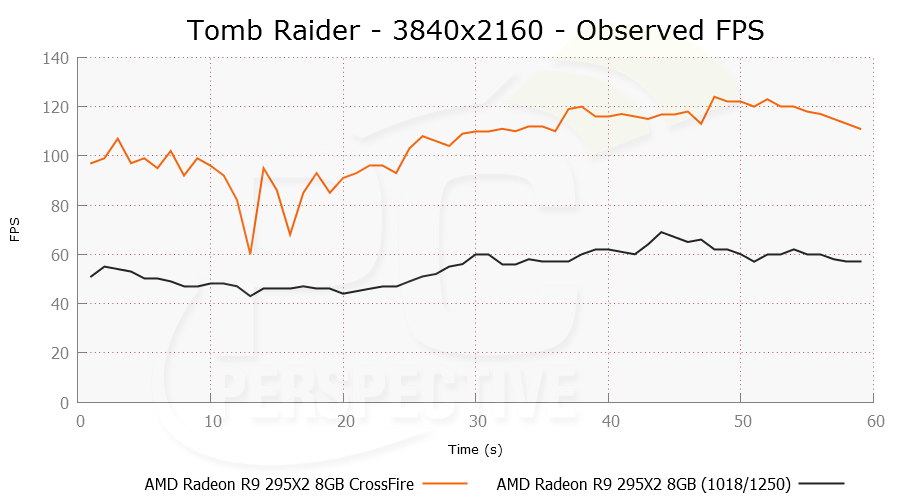 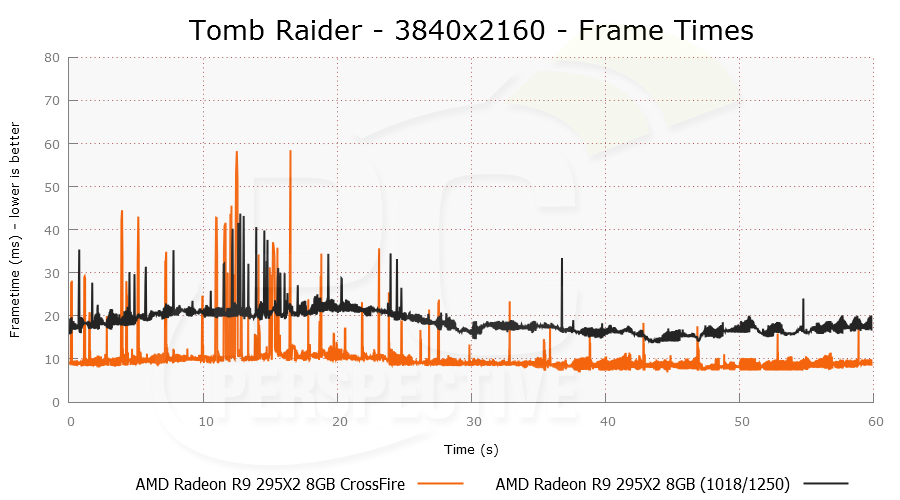 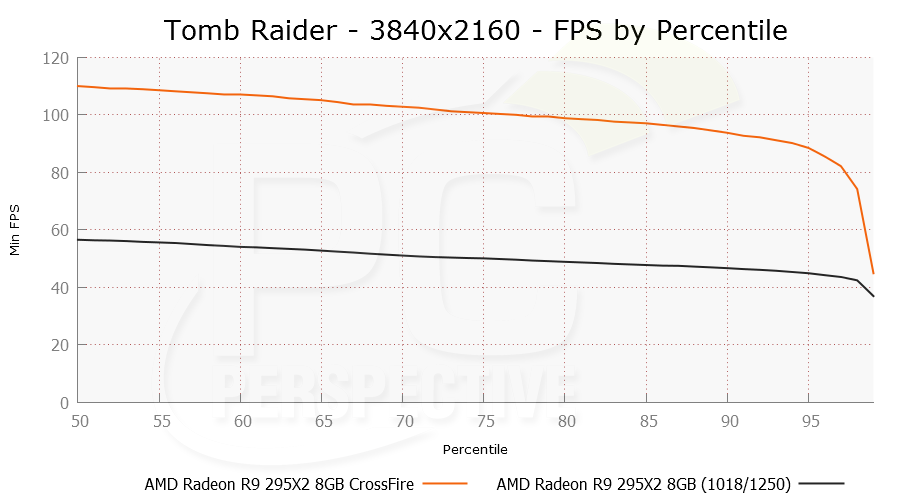 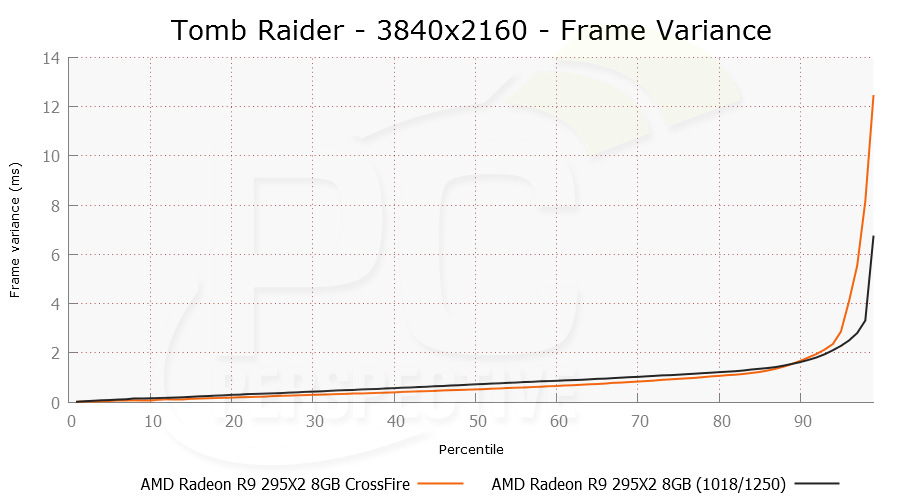 One of AMD’s most recent flagship gaming titles, Tomb Raider is another showcase for the Quad R9 295X2 configuration. Increasing the average frame rate from 58 FPS to 110 FPS, these additional GPUs resulted in an 89% increase in performance. Even better, they did so without drastically increasing frame time variance. Not only does it play much faster at 3840×2160 and at Ultimate image quality presets, it does so while remaining glassy smooth.