Now that we have taken a look at our gaming tests using our Frame Rating metrics and testing methods, we are including a set of tests from standard benchmarks like 3DMark benchmark. 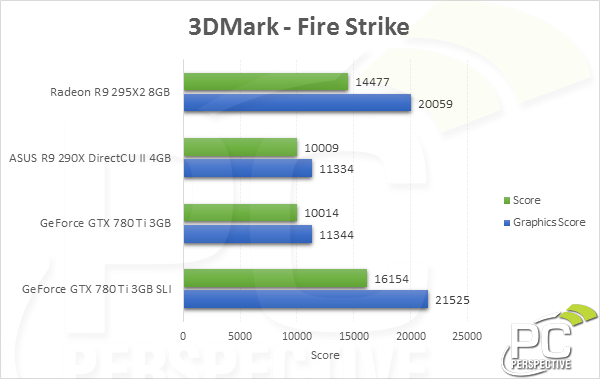 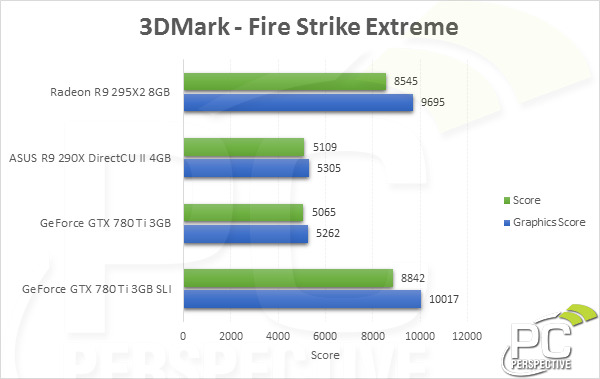 Interestingly, in both the standard and Extreme presets, the GeForce GTX 780 Ti cards running in SLI are reporting faster results than the R9 295X2. Of course these results are a lot less interesting and lot less important than the 6 pages of real-world gaming tests we just looked at. Also, the results for 3DMark shown by AMD in the guide sent to reviewers actually has the new dual-Hawaii option a bit higher than we have scored them here.