Now that Windows 8 is going out the door and Windows 8.1 is the focus (AMD's latest driver won't even support Windows 8) we can see what exactly the Windows experience is like when using a 4K monitor. Of course, with a resolution of 3840×2160 and a 28-in screen size, we are talking about some serious pixel density which offers some big benefits as well as some problems to be solved.

First, I don't think there will be very many people capable of using a 4K, 28-in monitor at standard viewing distances with standard 100% scaling. The pixels are just too small and the icons and text are just too tiny to really be readable. Instead, expect to take advantage of Windows improved scaling with 8.1. 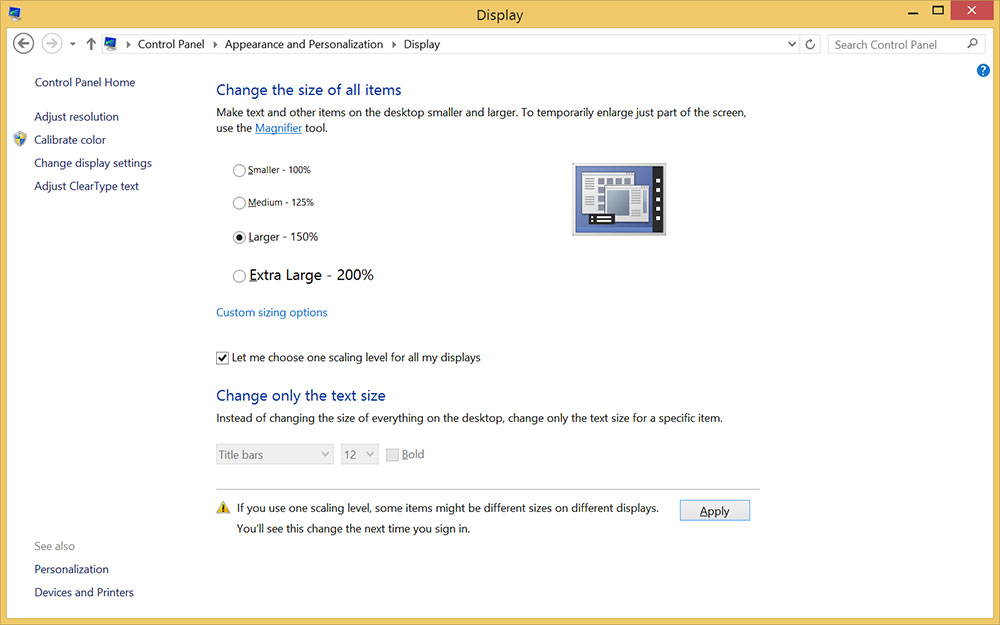 There is a downside to using 150% or 200% scaling of course – you don't get as much extra "real estate" as you might have expected originally on your monitor. Instead, you get slightly better real estate compared to a 2560×1440 monitor but with a sharper image, more defined text. Sharper images (when browsing the Internet) though will depend on proper implementation of higher DPI source.

There is little that can beat the screen real estate of a single 28-in 4K monitor. Just look at how much browser space you get with two snapped IE windows! 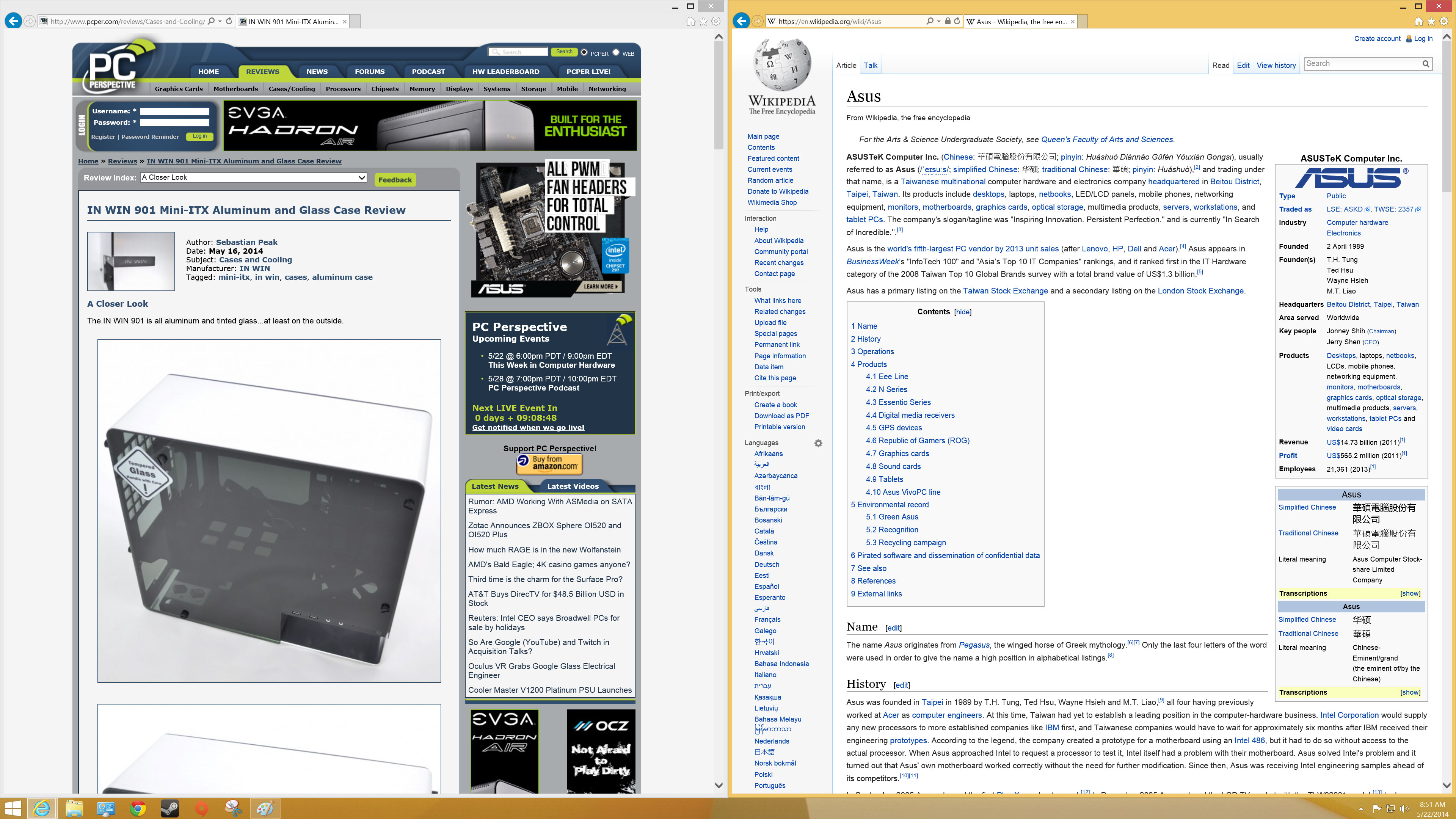 Click to Enlarge any of the images on this page

But it isn't all roses. Still today some applications don't handle the Windows 8.1 scaling correctly and Google Chrome is one such example. Compare the text clarity of the image below with IE on the right and Chrome on the left. 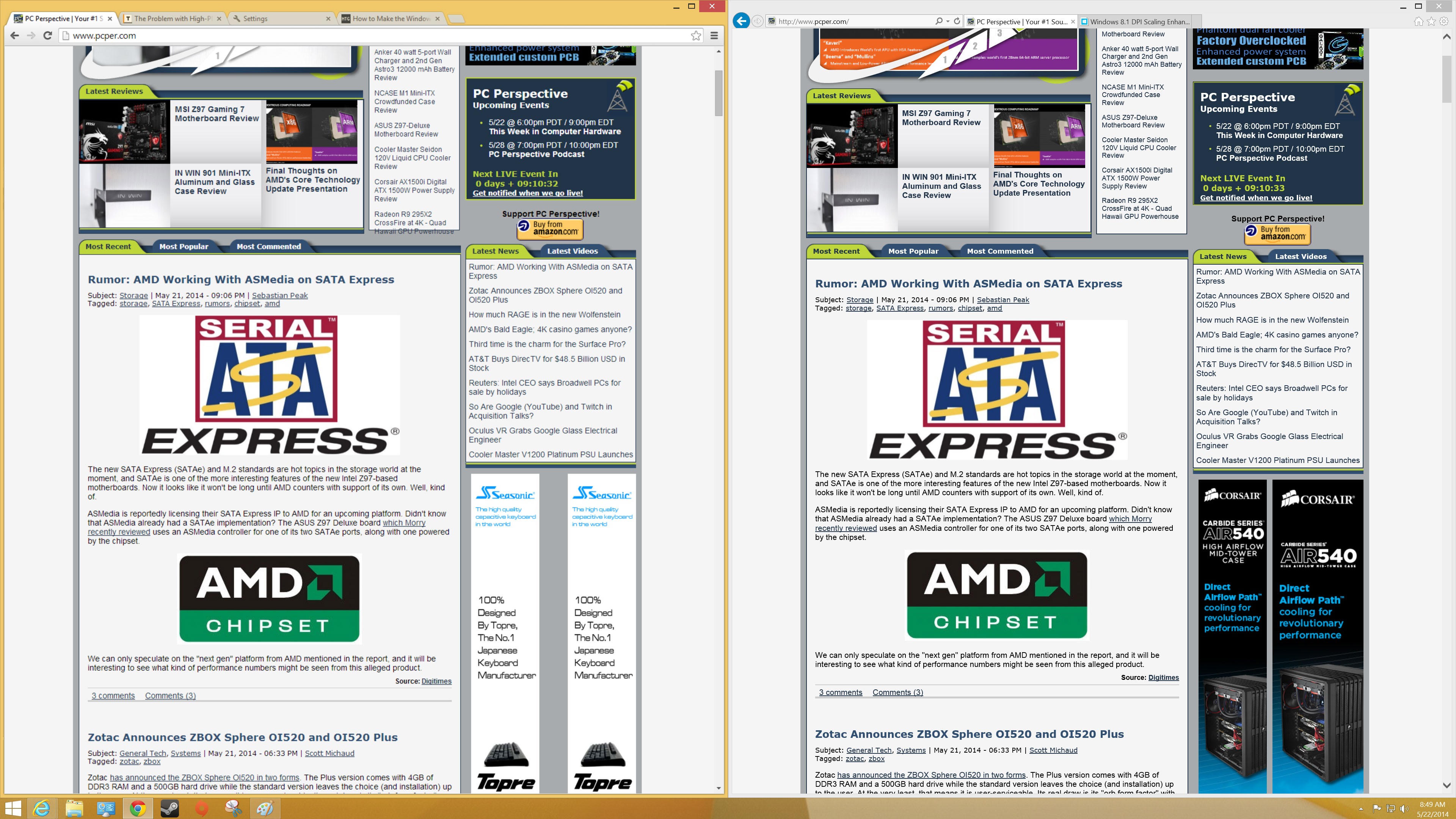 Here it is zoomed in a bit. 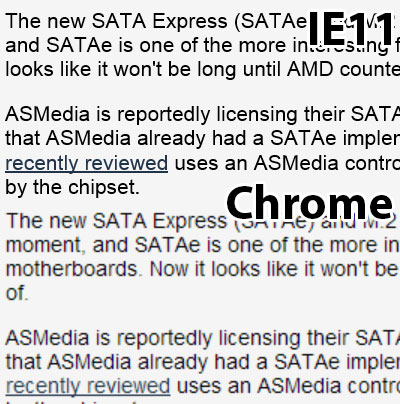 Chrome just isn't conforming to the default windows scaling rate (which we had set to 150% in this example) and as a result you get "fuzzy" text.

And some applications just freak out when Windows scaling is enabled. Check out Fraps for example. 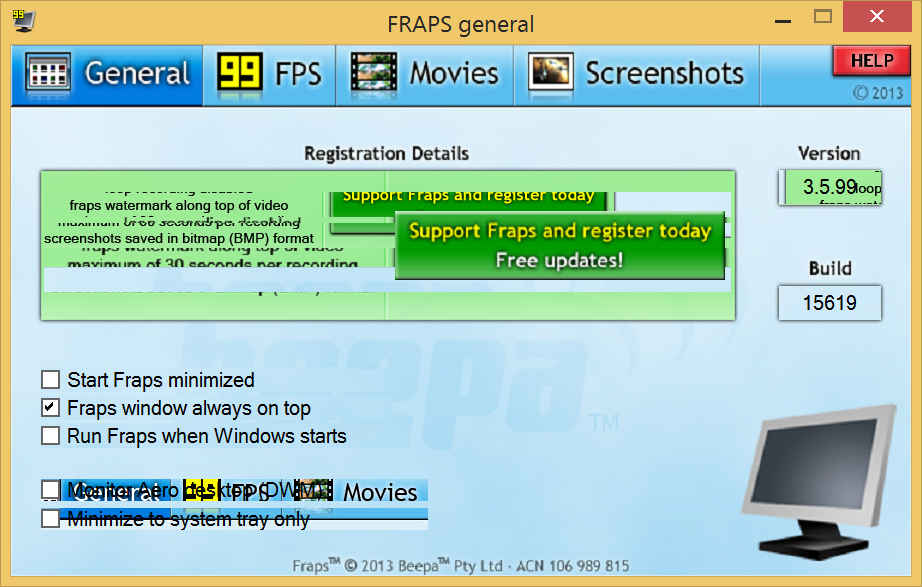 Those examples aside, most other programs did quite well in my time with the ASUS PB287Q. I did include a set of four images below that will show you the desktop of our Windows 8.1 test machine under all four default scaling settings: 100%, 125%, 150% and 200%. 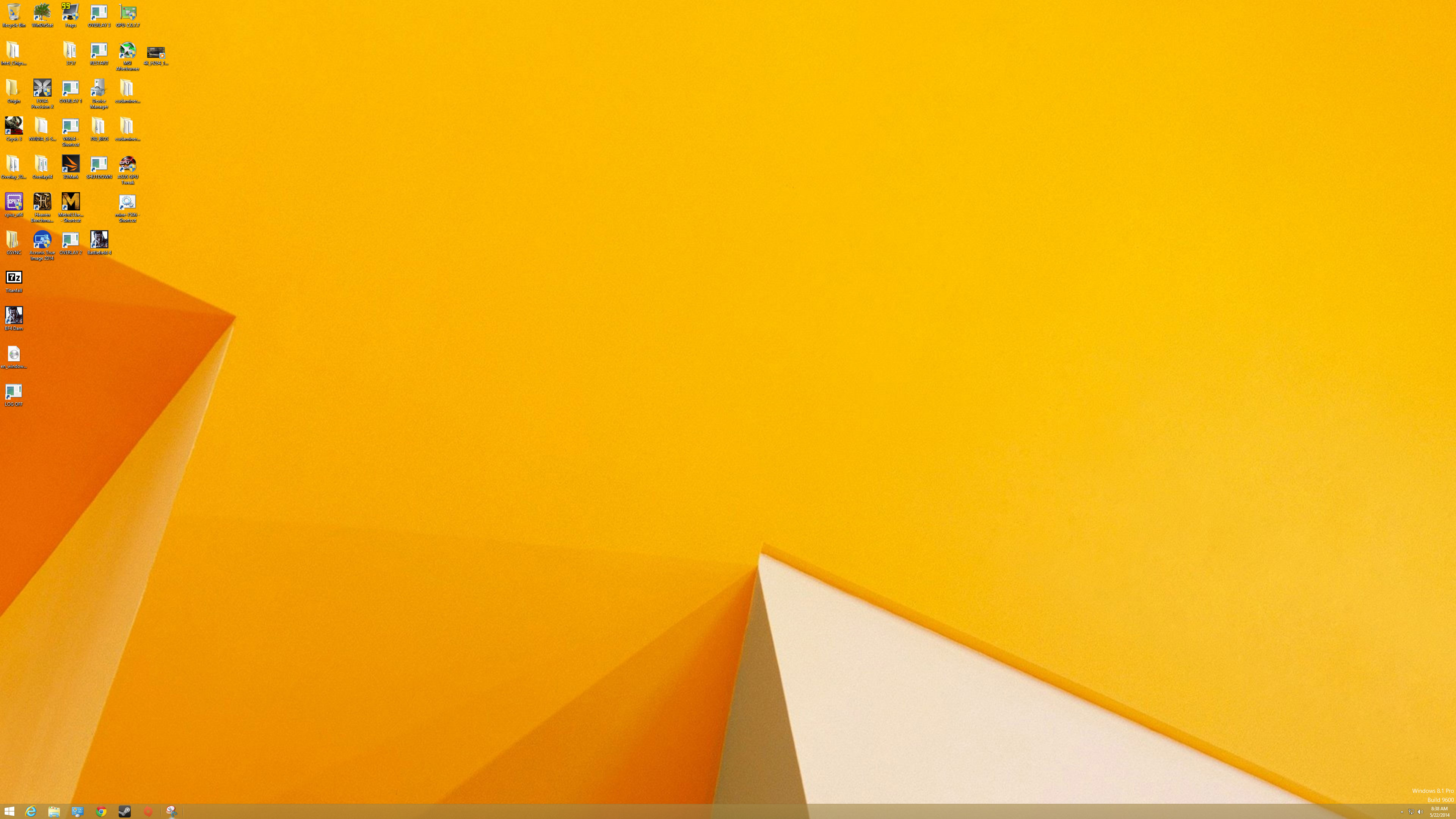 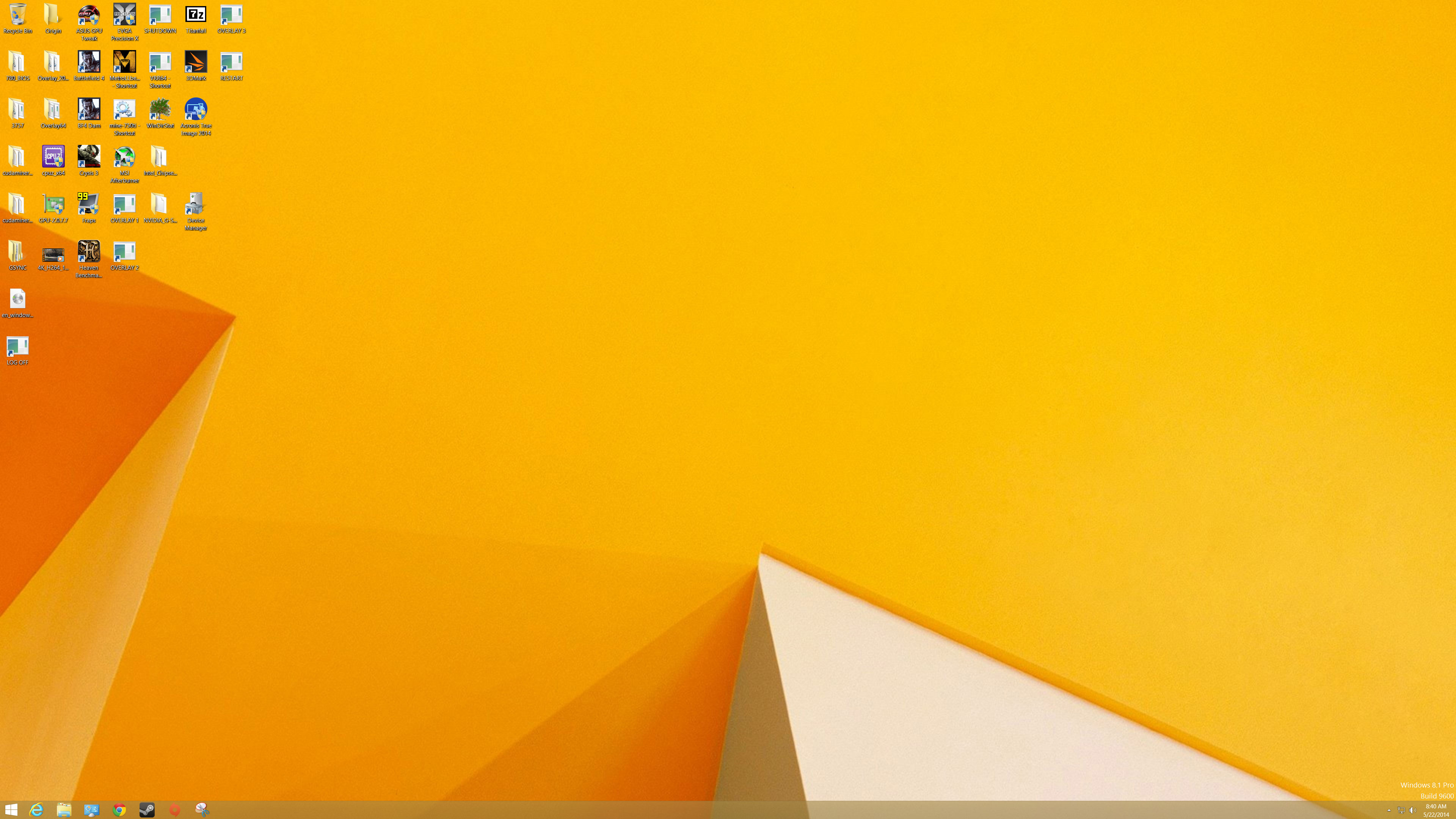 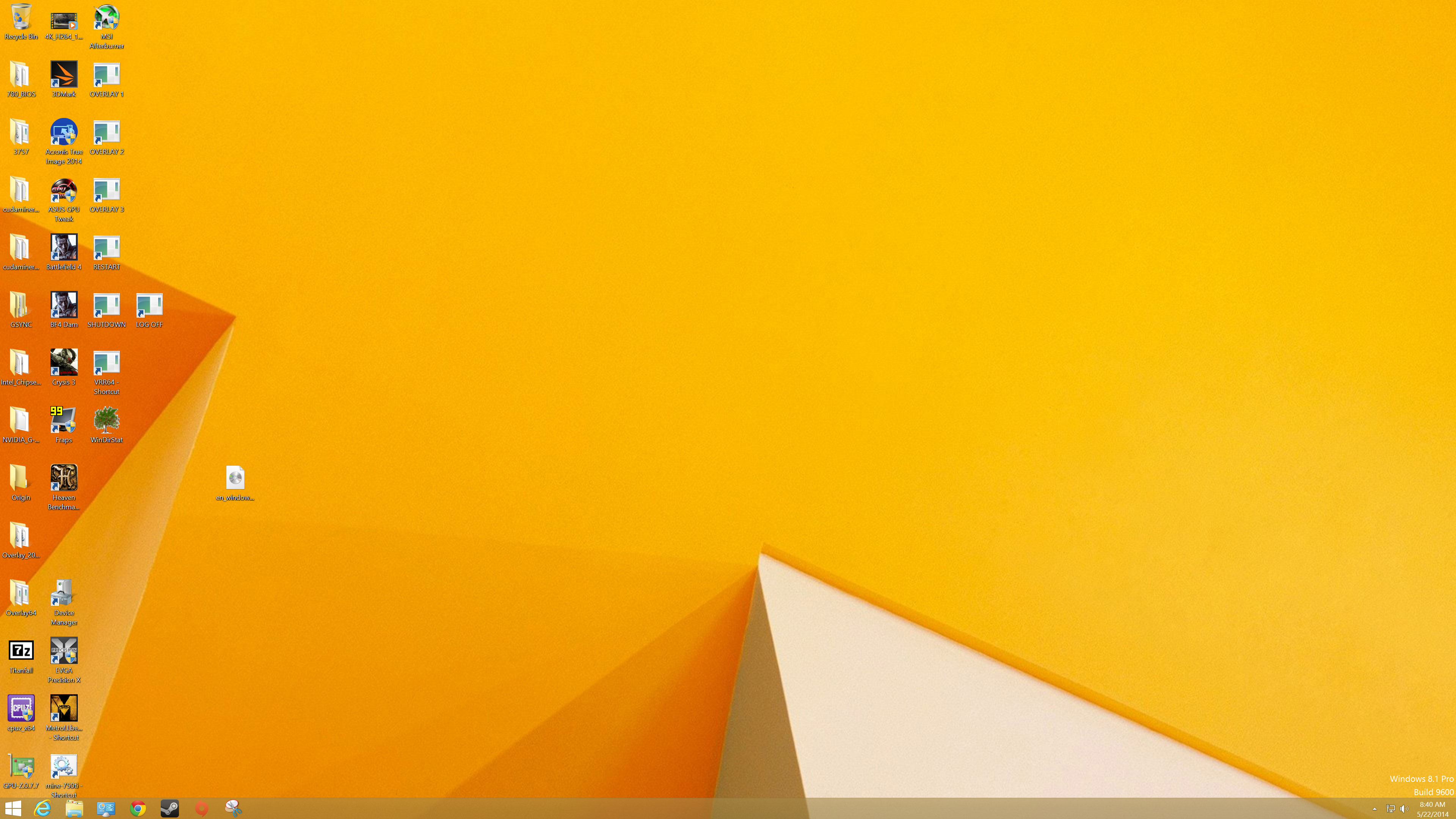 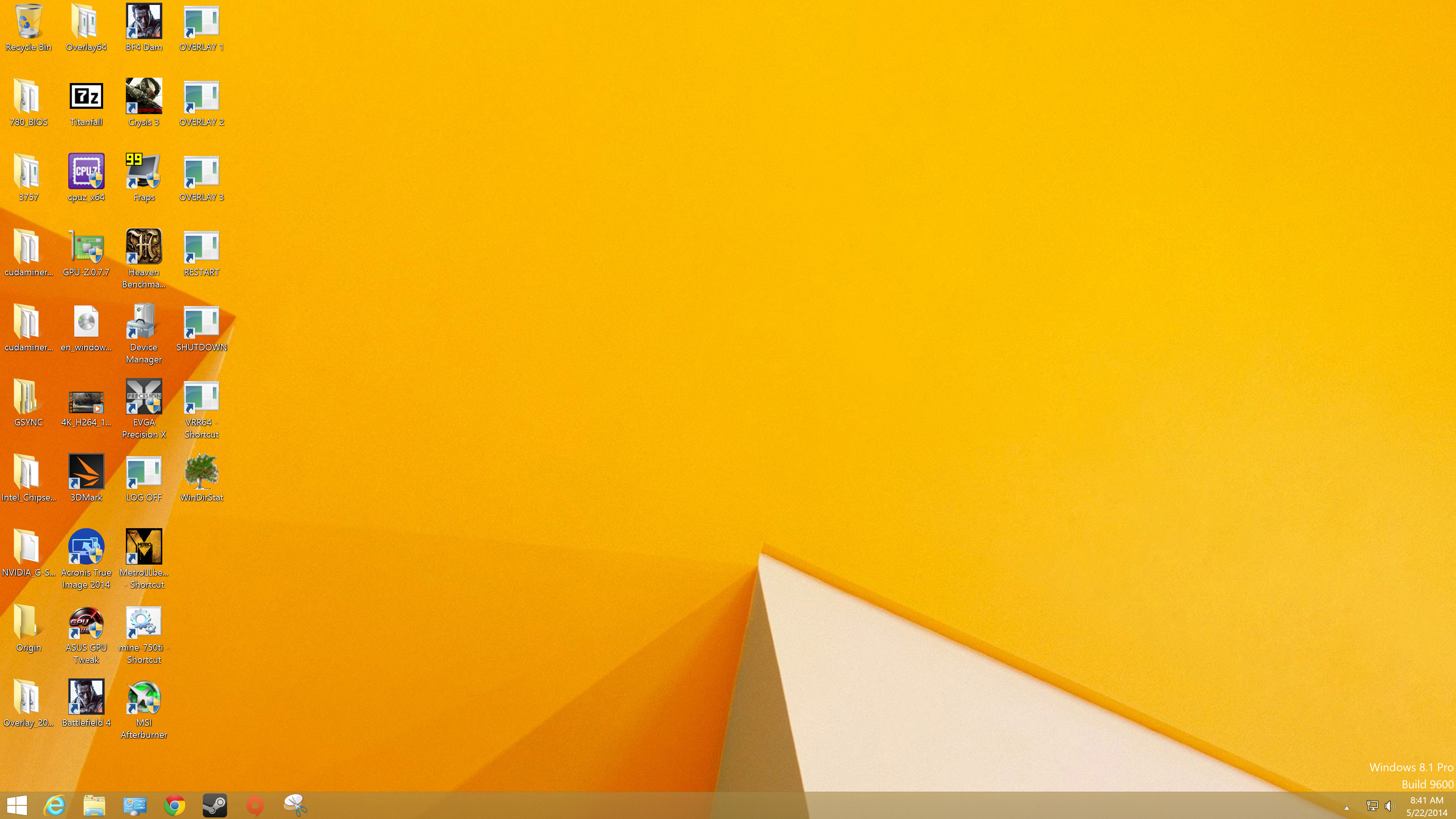 Animation of icon size changes in all four scaling modes

Not everything scales (Steam is an example of that) but most applications will work just fine with an adjusted Windows 8.1 system in my experiences.

If you are a gamer that is used to cranking up your image quality settings without doing a lot of research, which has been quite common with the power of GPUs on 1080p screen in the past few years, then you need to adjust your expectations. Gaming at 4K is hard on GPU hardware and you are going to need some beefy cards to make it happen.

This article isn't meant to be a review of 4K gaming exactly but I wanted to showcase a few instances of performance so you know what to expected moving forward. Below I have included results from Crysis 3, Metro: Last Light and Battlefield 4 with a single GeForce GTX 780 Ti and a pair of them in SLI. Hopefully this give you an idea of what gaming at 3840×2160 is really like. 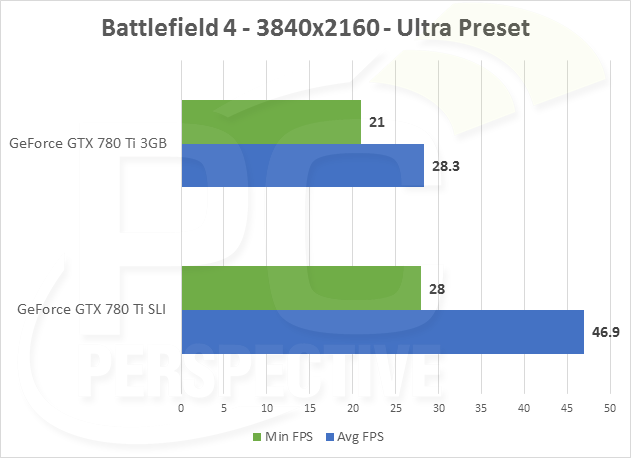 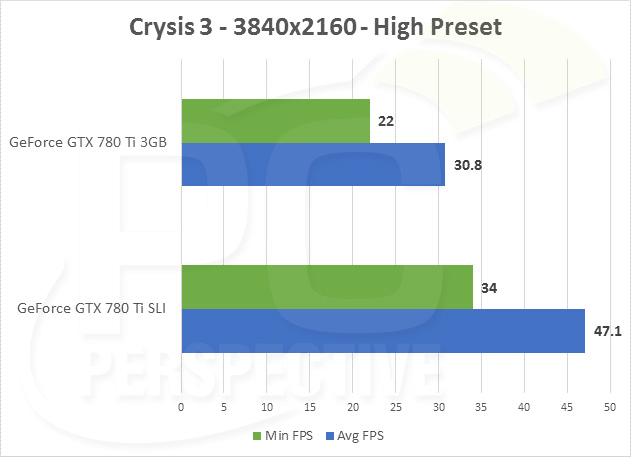 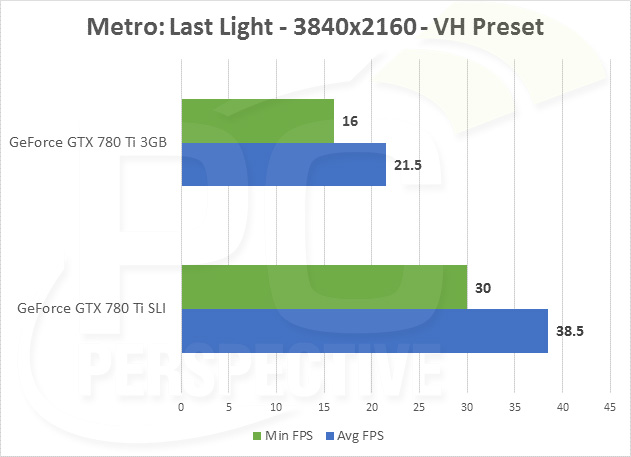 Battlefield 4 is actually the easiest on our hardware, able to run at about 46 FPS with GTX 780 Ti cards in SLI. Crysis 3 was able to high 47 FPS though we had to back down from the Very High preset to the High preset. Metro: Last Light at Very High couldn't break the 40 FPS mark. 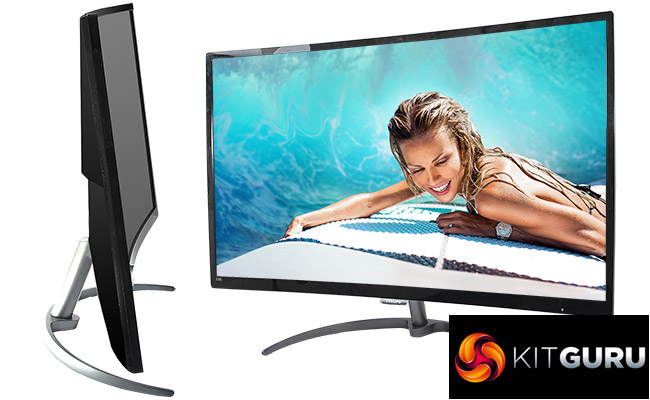 Look at the all the pretty colours