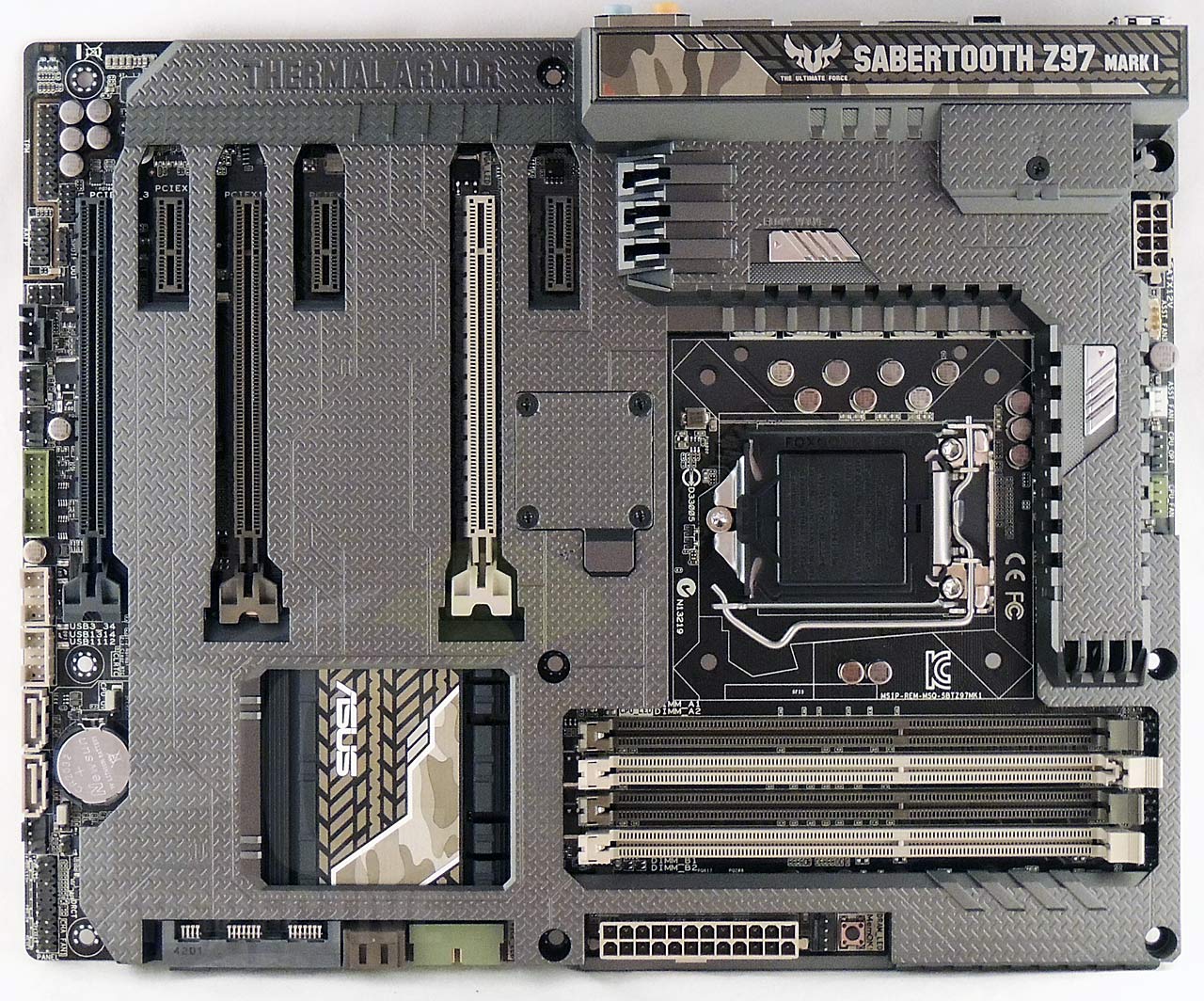 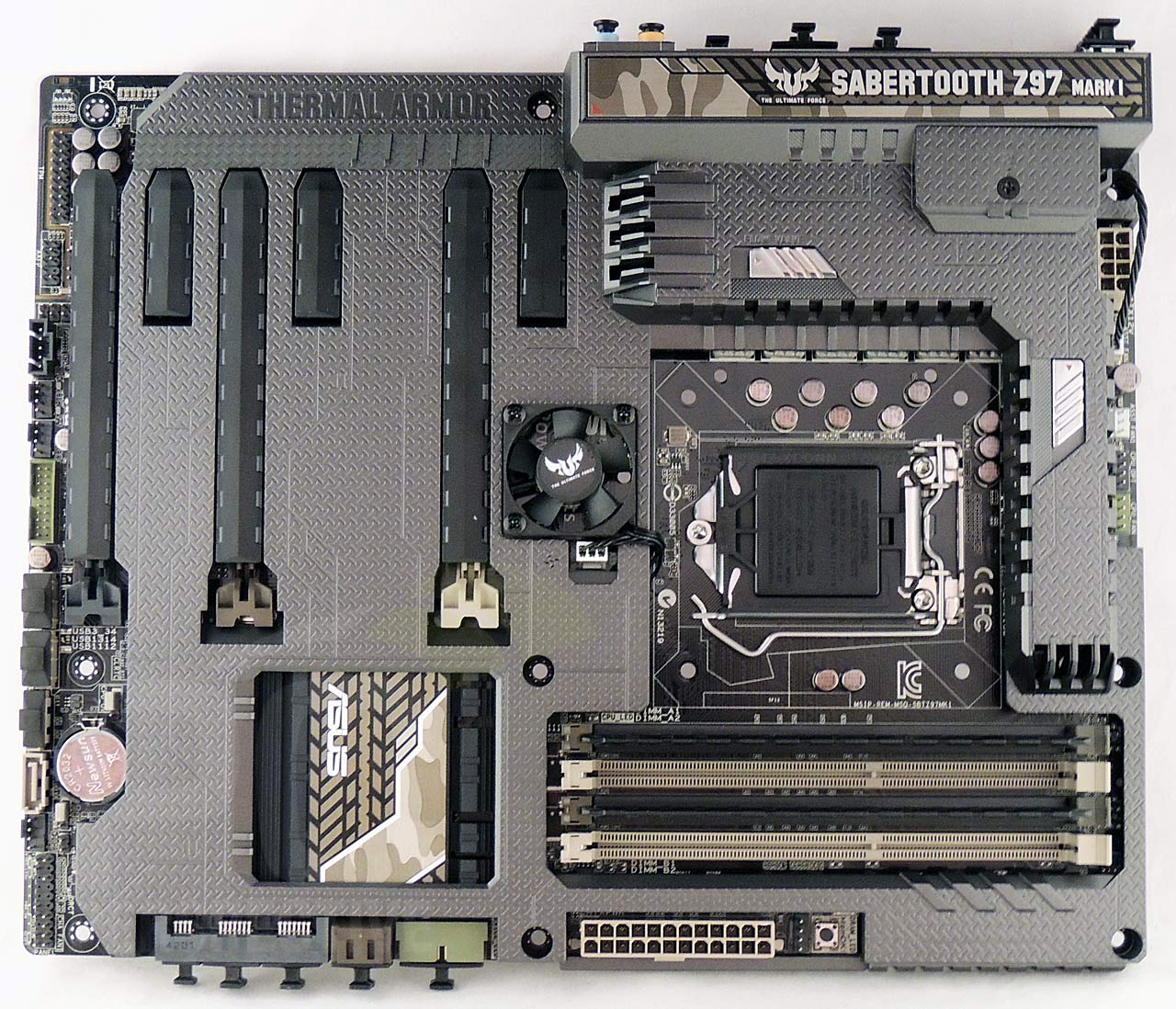 The Sabertooth Z97 Mark 1 comes with several accessories to further armor the board against unnecessary dust intrusion, in addition to its TUF Thermal Armor overlay. Besides which, it gives the board a really slick appearance when all armored-up. The included accessories include port and header covers, PCI-Express slot covers, and DIMM slot blanks. All included armor-related accessories are black colored to mesh with the base Armor's aesthetics. 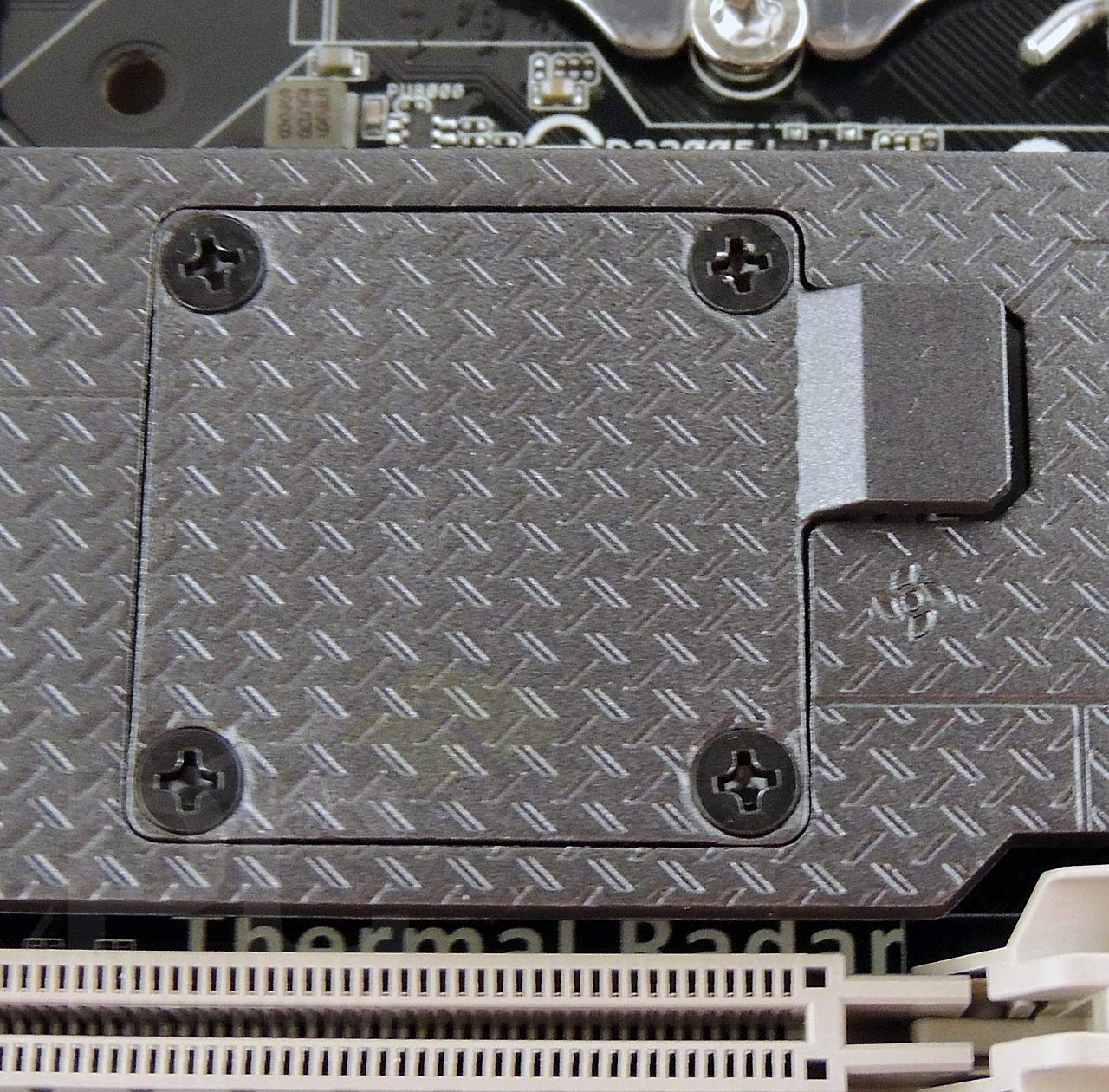 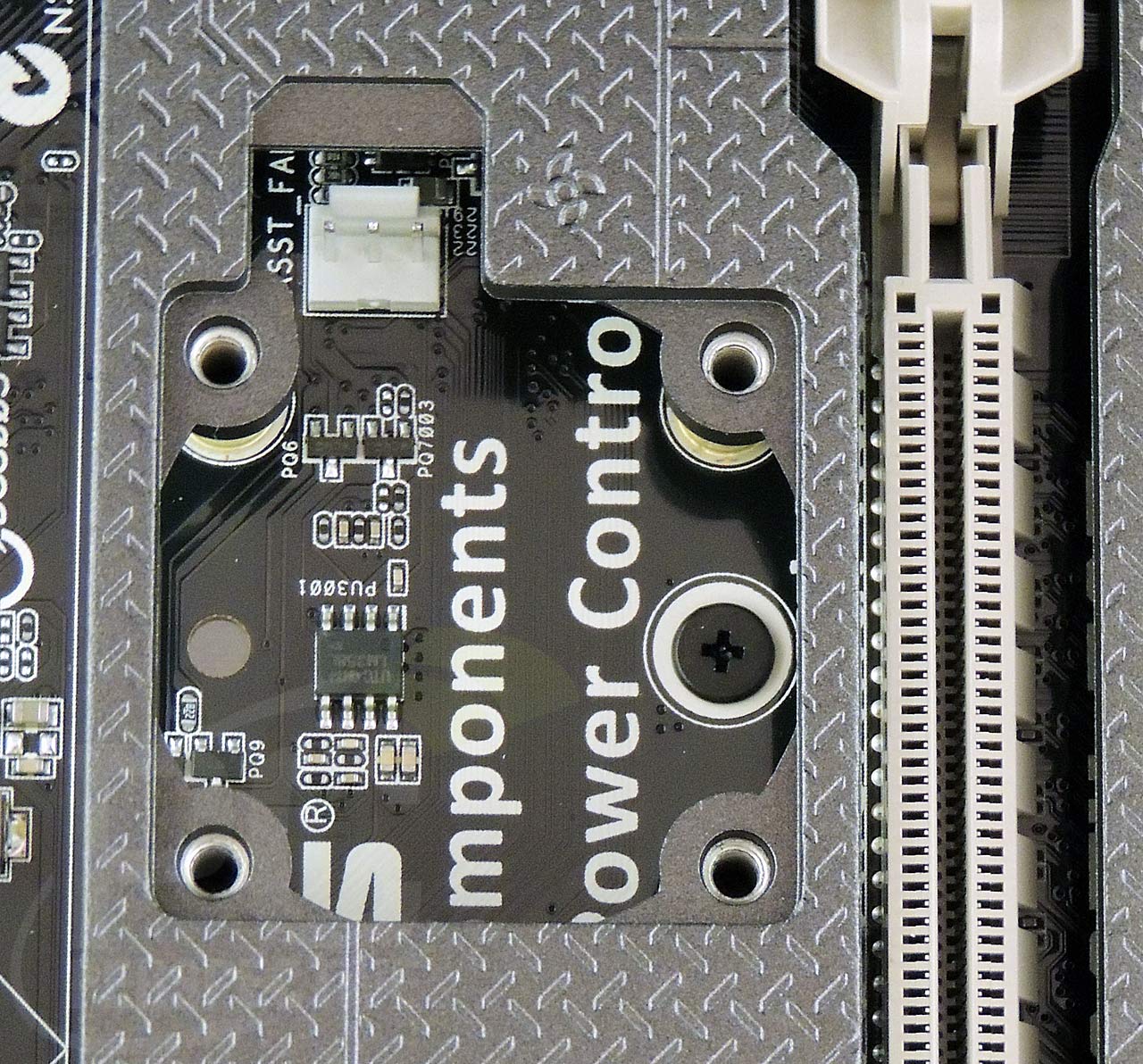 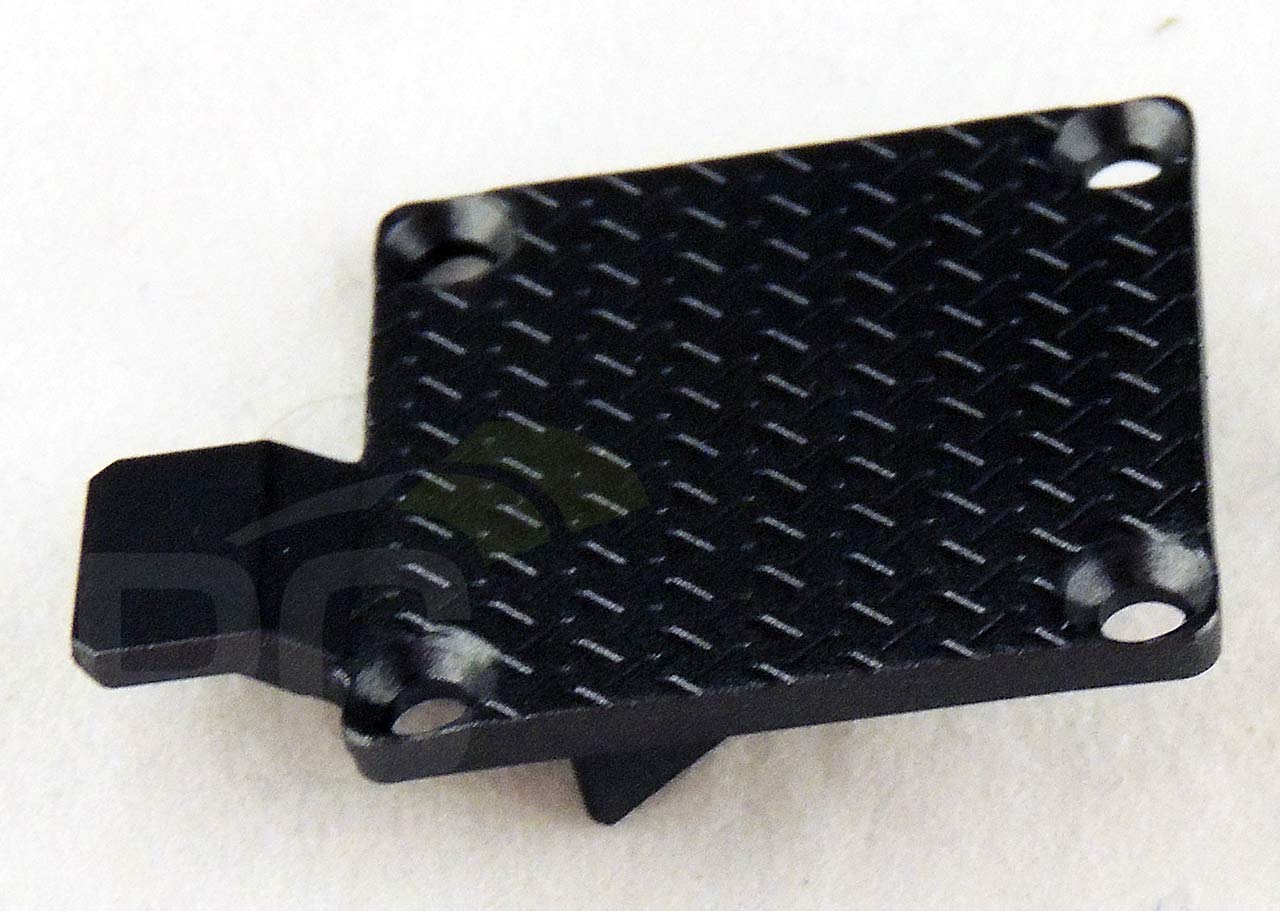 The port to the right of the CPU socket can be removed for use of an optional inlet fan. When removed, the cover exposes a 3-pin fan port as well as four screw holes for securing the fan to the board. 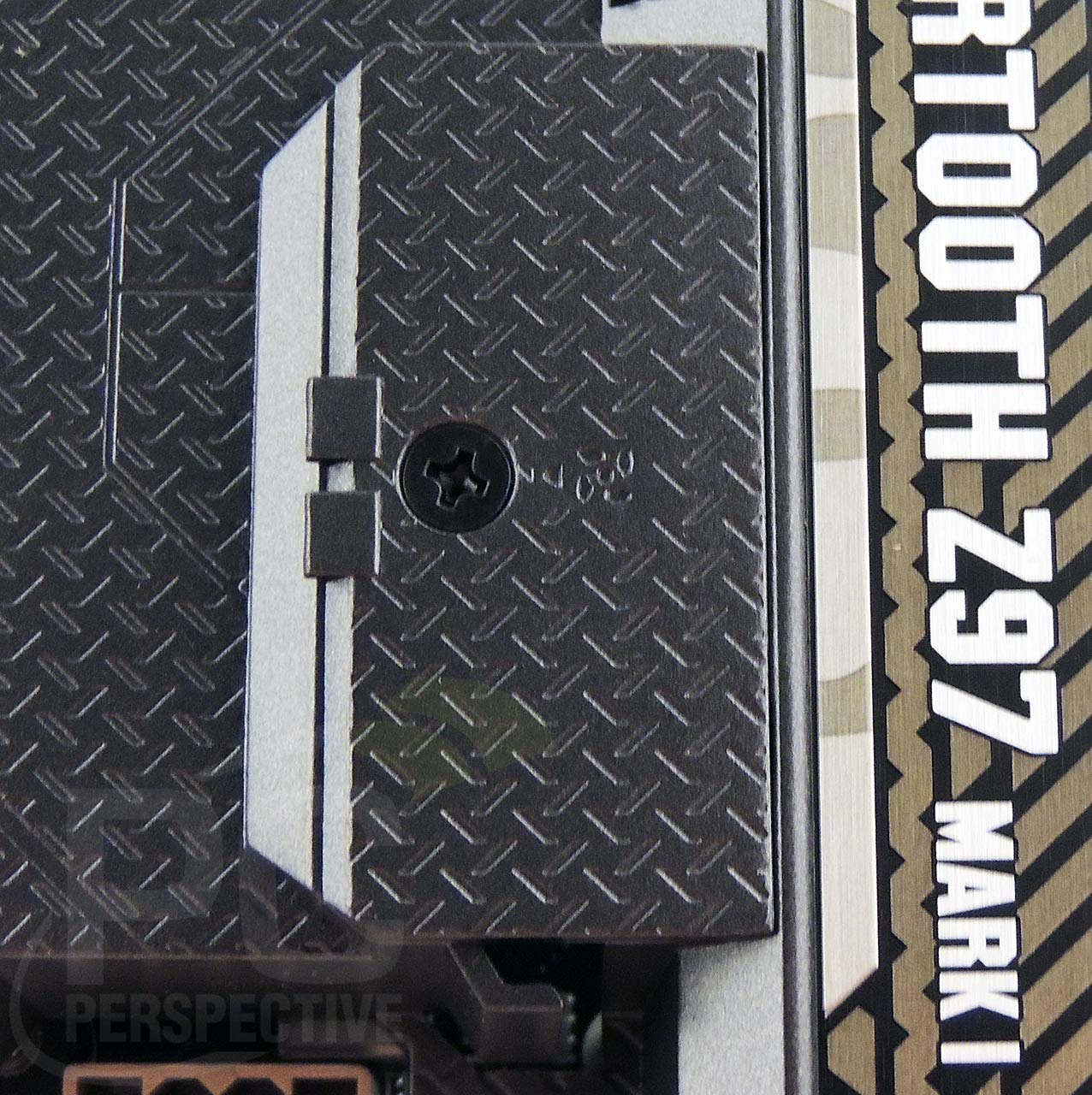 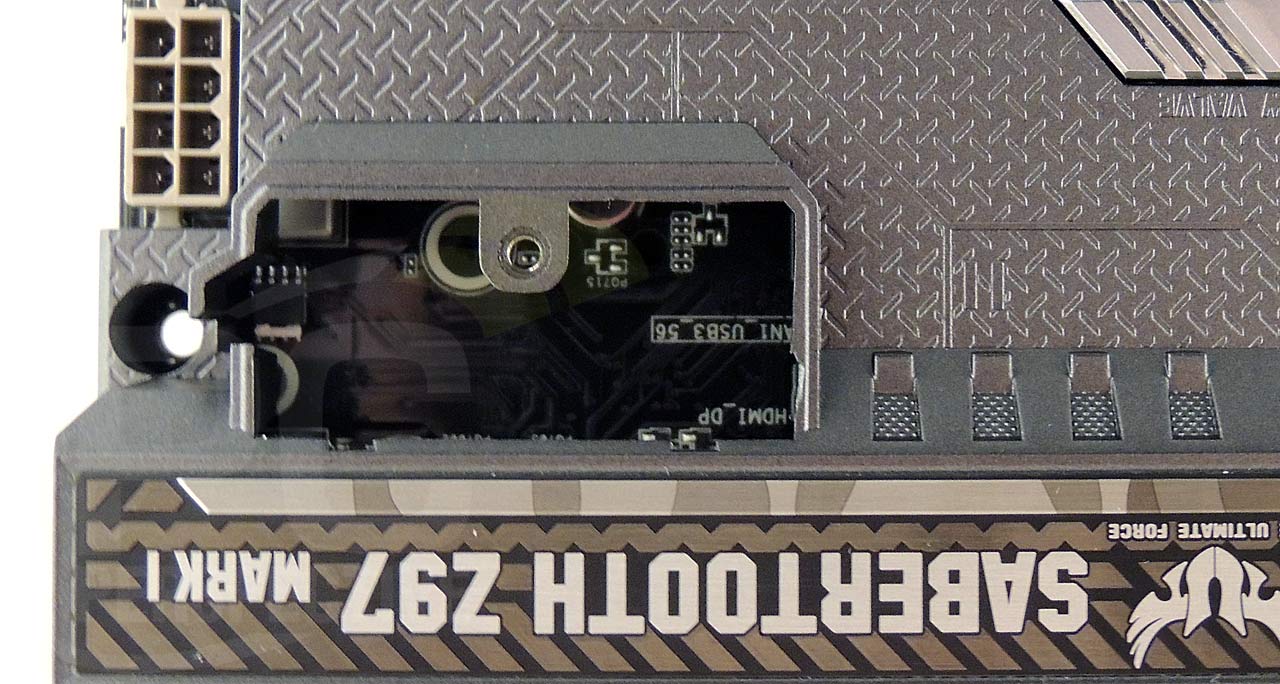 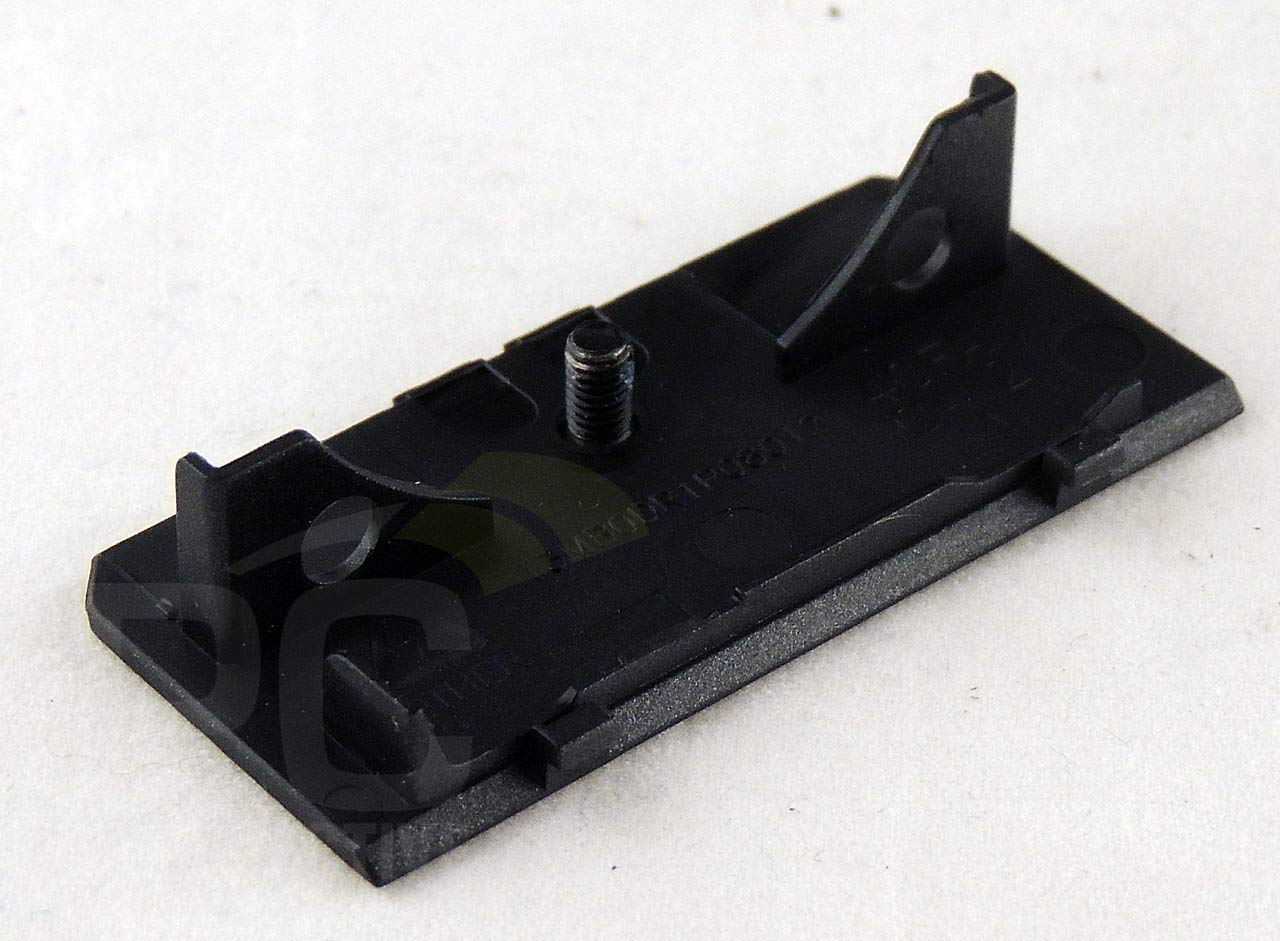 ASUS provided port covers for all rear panel ports with the exception of one NIC port. All port covers are shaped for a tight fit into its designated slot. The rear panel inlet fan can be seen recessed behind the BIOS Flashback button, secured in place by screws into the fan port panel cover. 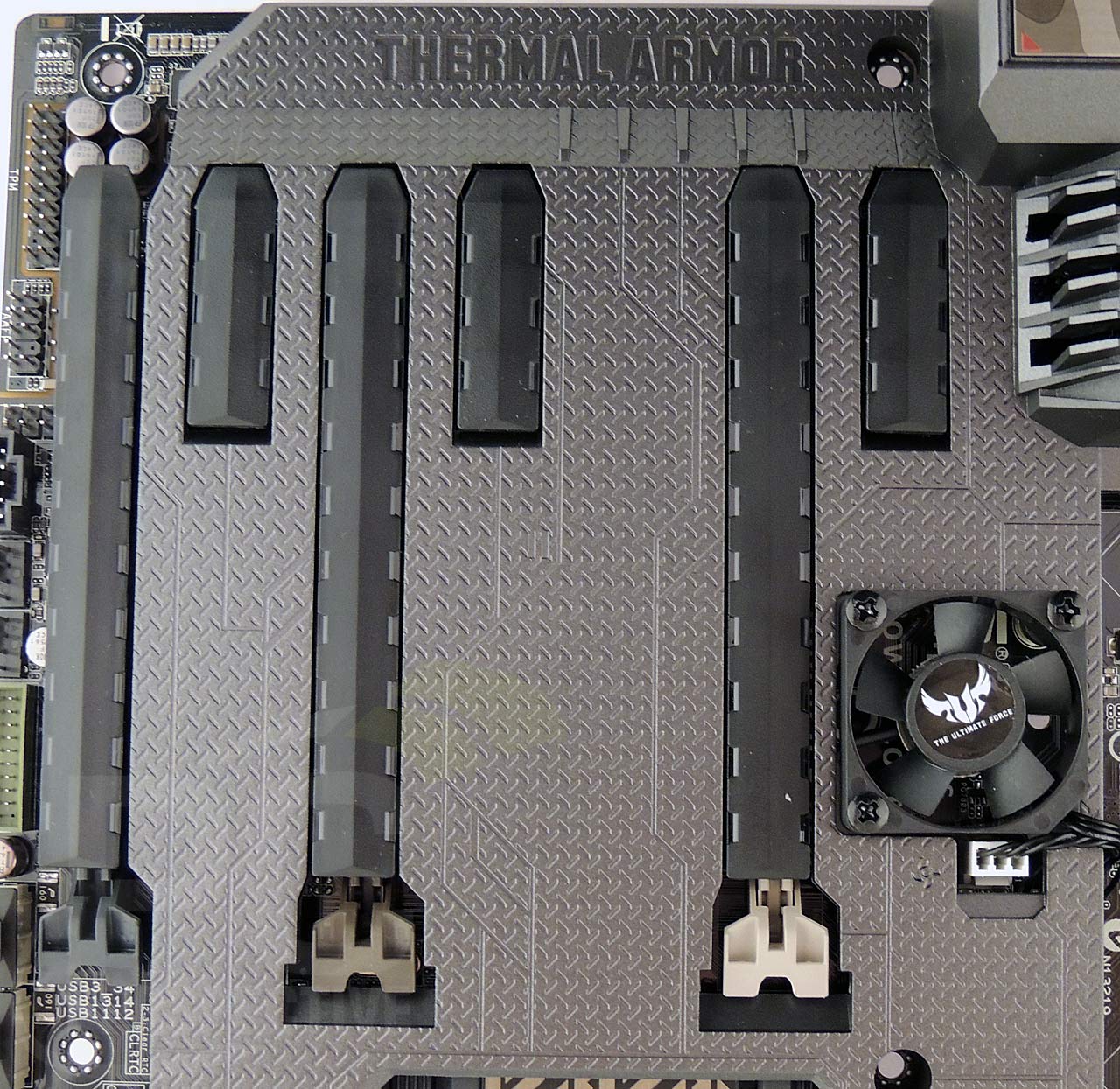 All six PCI-Express slots have associated port cover that snap into the x16 and x1 slots. The port covers can be removed using a finger or flat object underneath the lower flat portion of the cover.

ASUS also includes a limited number of header covers for the USB 2.0 and 3.0 headers and SATA ports along the left edge of the board. Similar in construction to the rear panel port covers, they can be removed using the square tab at the top of the cover.

The SATA and SATA Express ports, as well as the USB 3.0 header, also have associated covers that are similar to the rear panel port and header covers.

For the DIMM slots, ASUS includes two black colored port blanks to place in the unused memory slots. These blanks approximate the size and shape of low profile memory modules, and are inserted and removed in the same manner as true memory sticks.