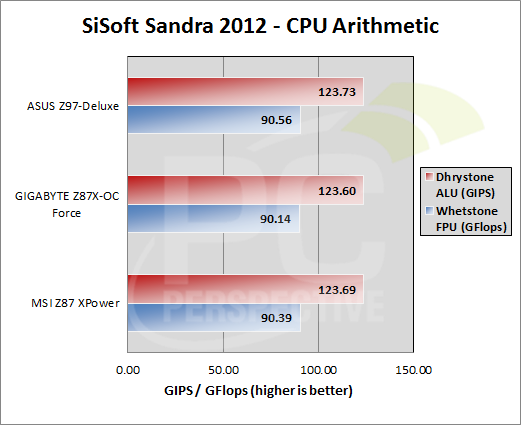 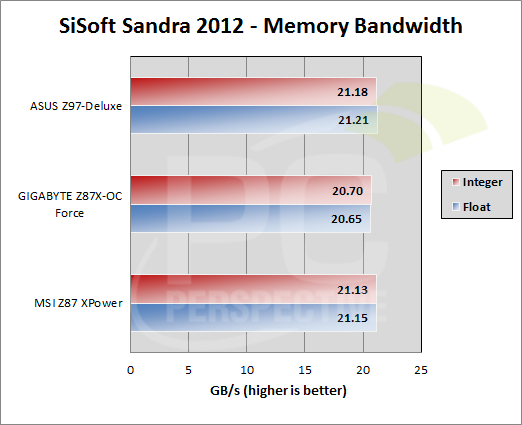 The Sandra benchmarks remain a fast and easy way to determine how well the system's CPU and memory are functioning. The Z97-Deluxe performed within expectations with its results coming in on par with the Intel Z87-based tested systems. Similar performance in these tests indicate that the CPU and memory subsystems are operating within expected operational parameters. 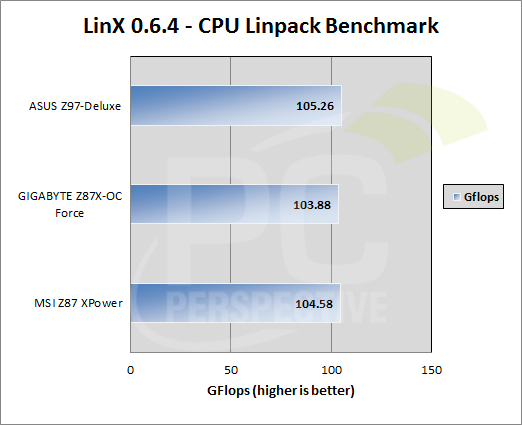 This CPU torture test is a proven method for identifying issues with the CPU to motherboard interface layer. The Z97-Deluxe again performs within expectations, indicating that the board is working optimally. 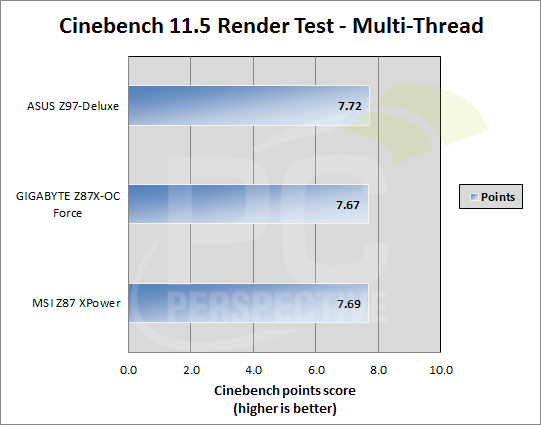 The Z97-Deluxe easily matches performance with its Z87-based counterparts, no surprises here.