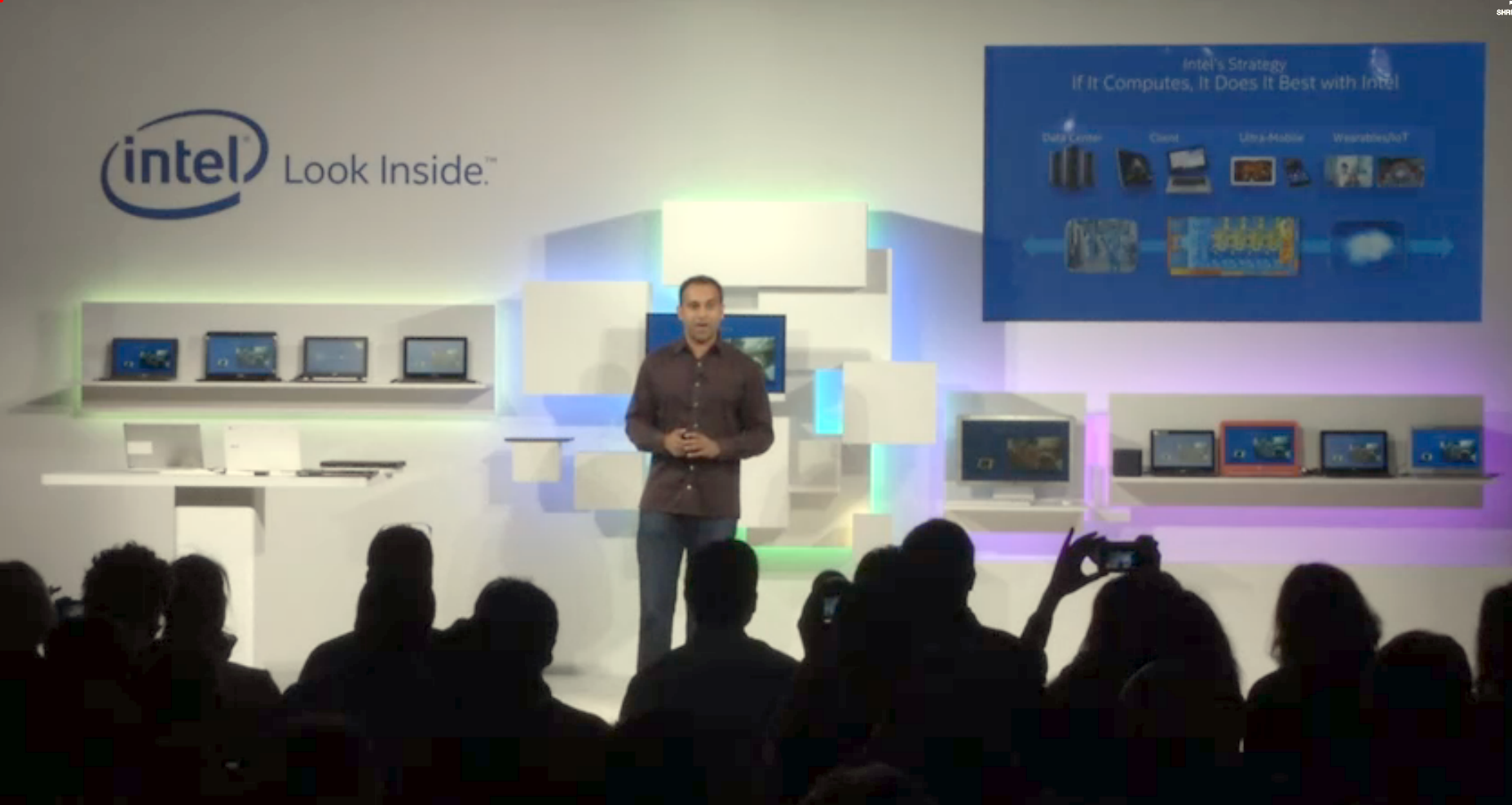 Intel hosted an event on Chrome OS today where the company discussed its partnership with Google and announced new Chrome devices based on the company's latest generation Haswell and Bay Trail processors.

Intel continues to work with Google to develop the Chromebook and the company sees potential for Chrome OS devices to expand to additional markets outside of consumer and education. Specifically, Intel and Google are pushing into the commercial markets by working with OEMs to put together devices aimed at corporate customers as productivity machines, video conferencing boxes, and drivers of customer kiosks and digital signage. 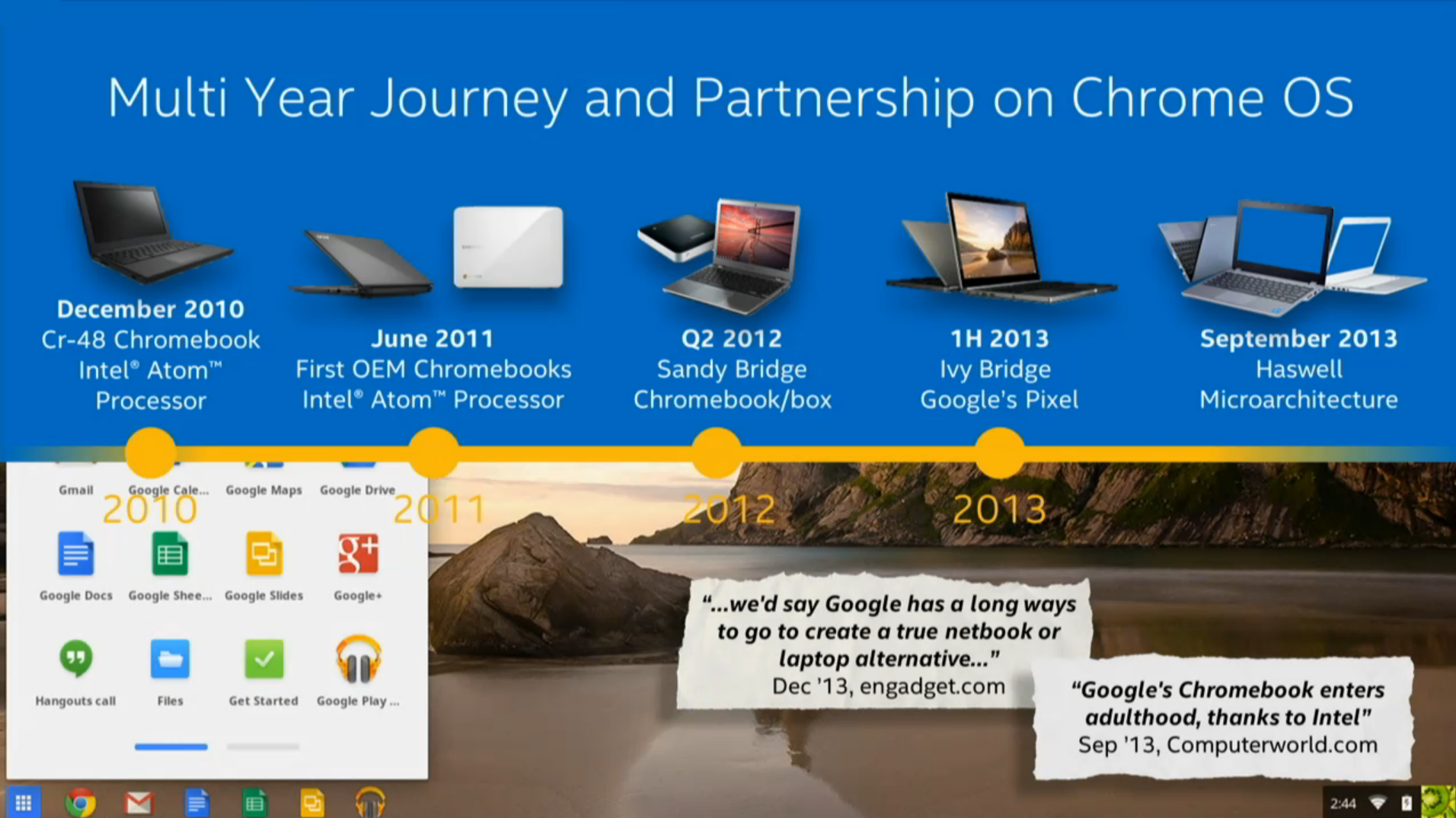 In addition to the expansion to new markets, the existing consumer and education markets continue to grow with the use of Chromebooks in schools doubling versus last quarter with 10,000 schools now employing the Google-powered hardware. Consumers have also pushed Chromebooks to the top six of Amazon charts with the Acer C720 having 4.4 out of five stars and over a thousand customer reviews. 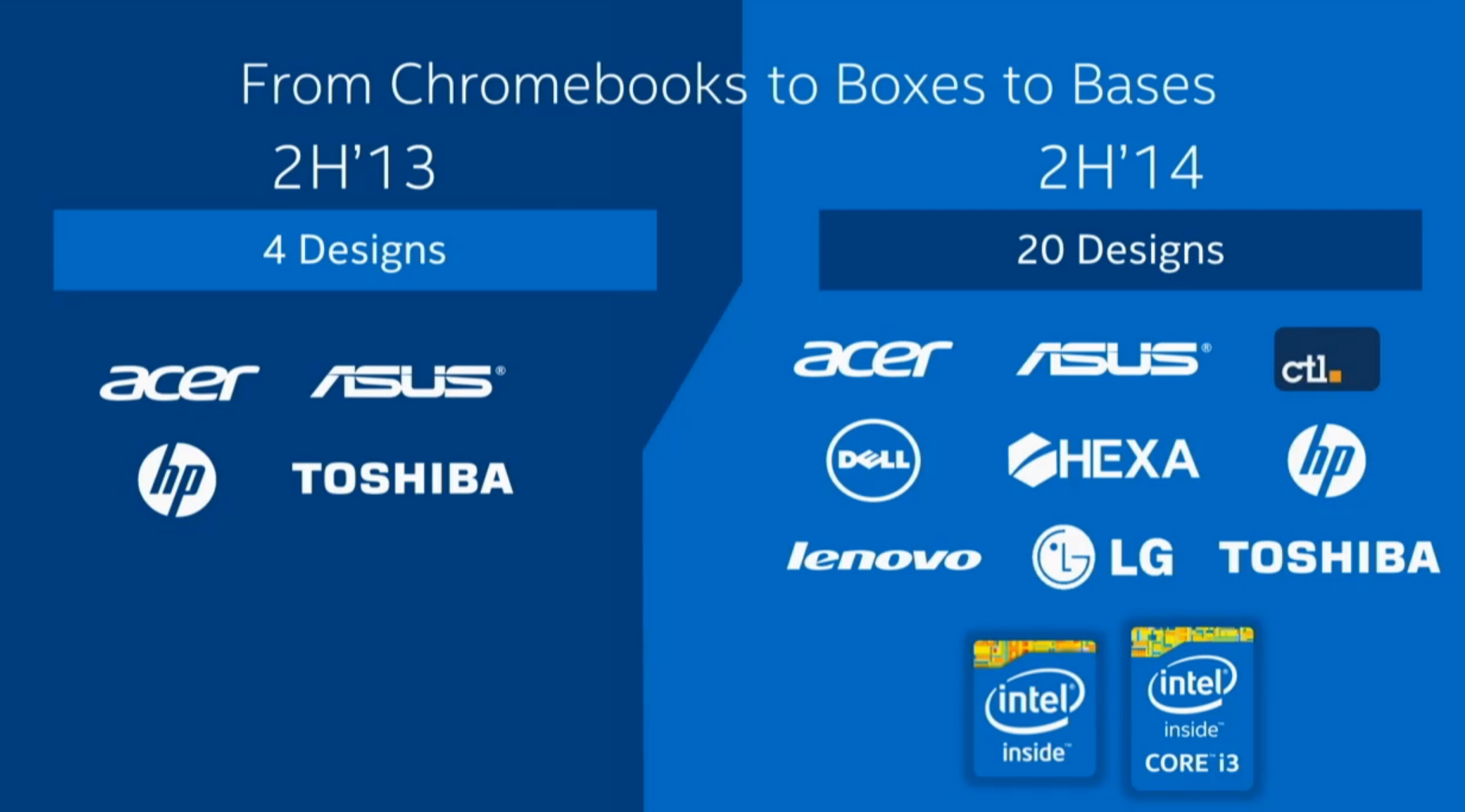 Chrome OS is not only expanding into other markets but to additional form factors in the form of Chrome Boxes and Chrome Bases which are small form factor desktop systems and All-In-One devices powered by Chrome OS respectively. The second half of this year will see the number of Chrome OS devices expand from four design choices by four OEMs to twenty design choices from at least nine OEMs. 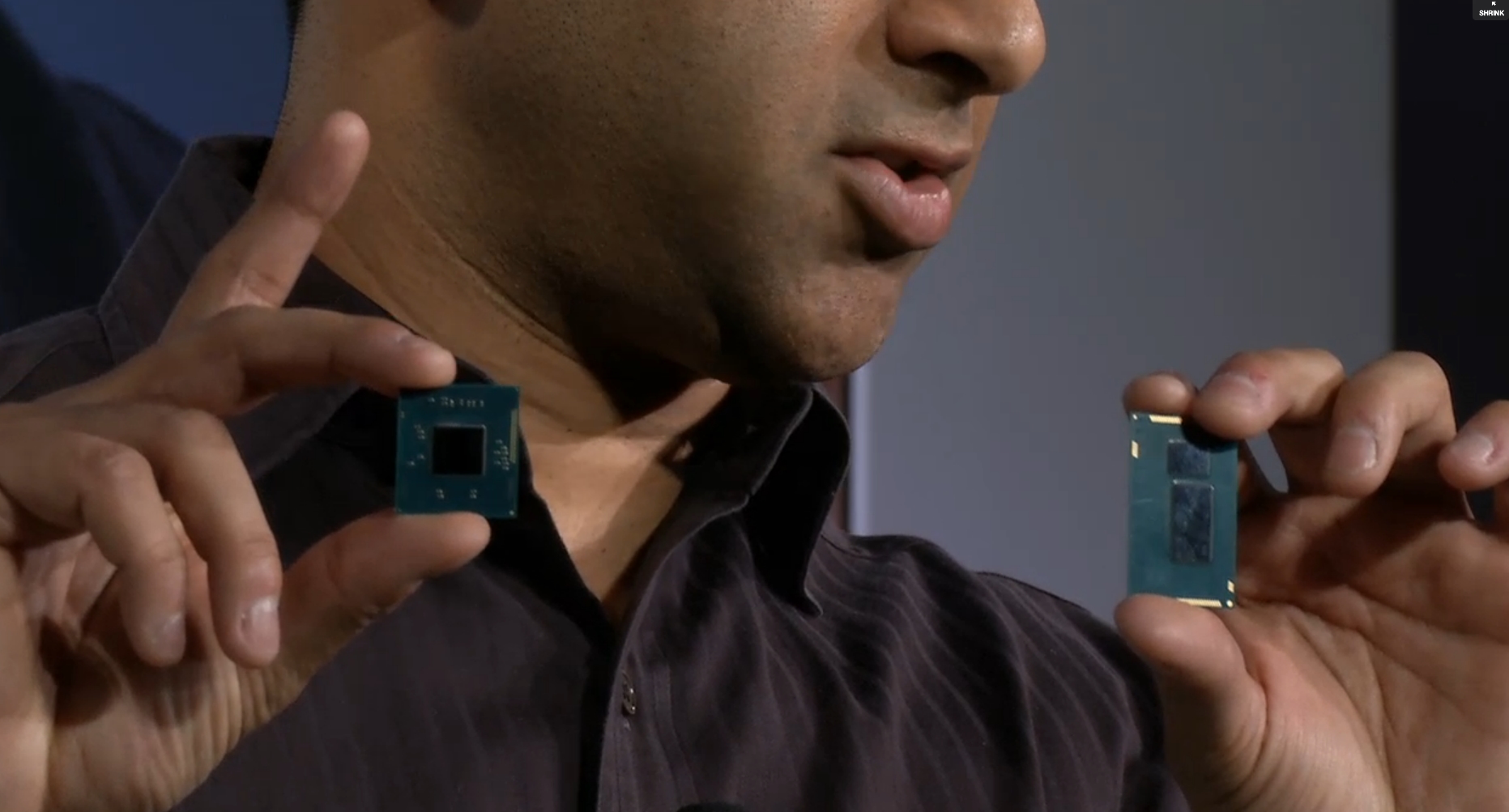 The upcoming Chrome OS devices will be powered by new processor options from Intel in the form of conflict-free Intel Haswell Core i3 CPUs and Intel Bay Trail SoCs. The Haswell Core i3 option is an upgrade over the Pentium and Celeron "Entry Level Haswell" parts and offer increased performance in offline computing tasks, app switching, and multi-tasking. The Bay Trail parts will enable passively cooled (fan-less) Chromebooks with around 8 hours (up to 11 hours+) of battery life while still offering up acceptable performance for watching videos or working with documents. Intel further claims that the Bay Trail powered Chromebooks will be thinner at less than 18mm and up to 15% lighter than existing models. 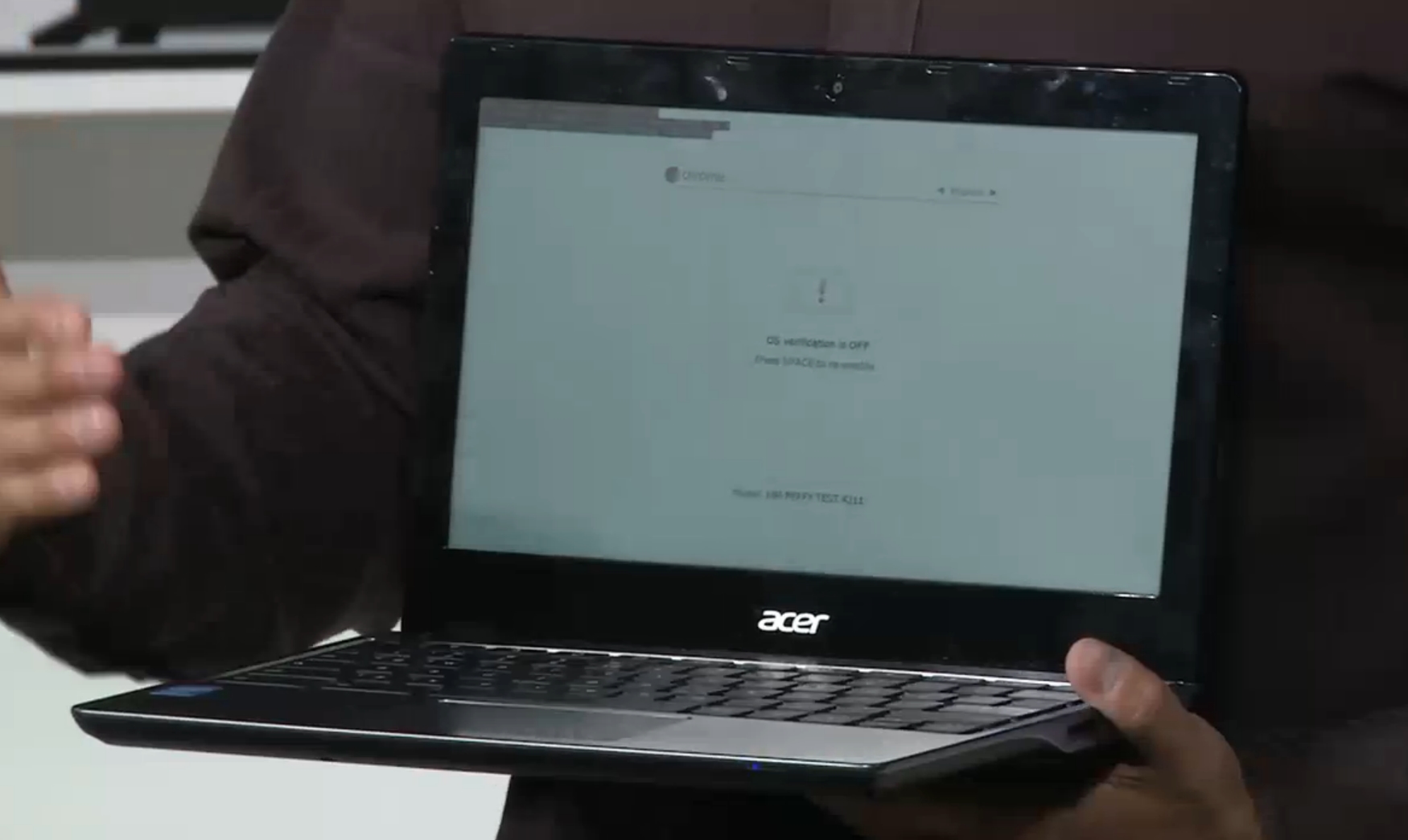 An 11.6" Chromebook powered by an Intel Haswell Core i3 processor coming later this year.

Intel showed off several new Chrome OS products that will be coming later this year. The new Chromebooks include Haswell i3-powered laptops from Acer and Dell for $349, the Lenovo N20 Chrome and N20p Chrome powered by an Intel Celeron (Bay Trail) SoC, and the Intel Education Chromebook Reference Design which CTL will bring to market later this year. It was also revealed that the already-announced Lenovo ThinkPad Chromebook with its Yoga-style hinge will actually use a Bay Trail SoC.

The Intel Education Chromebook Reference Design is a platform designed by Intel that other OEMs can take, tweak, and bring to market. It is a clamshell-style laptop with a rotating camera and ruggedized chassis aimed at students. 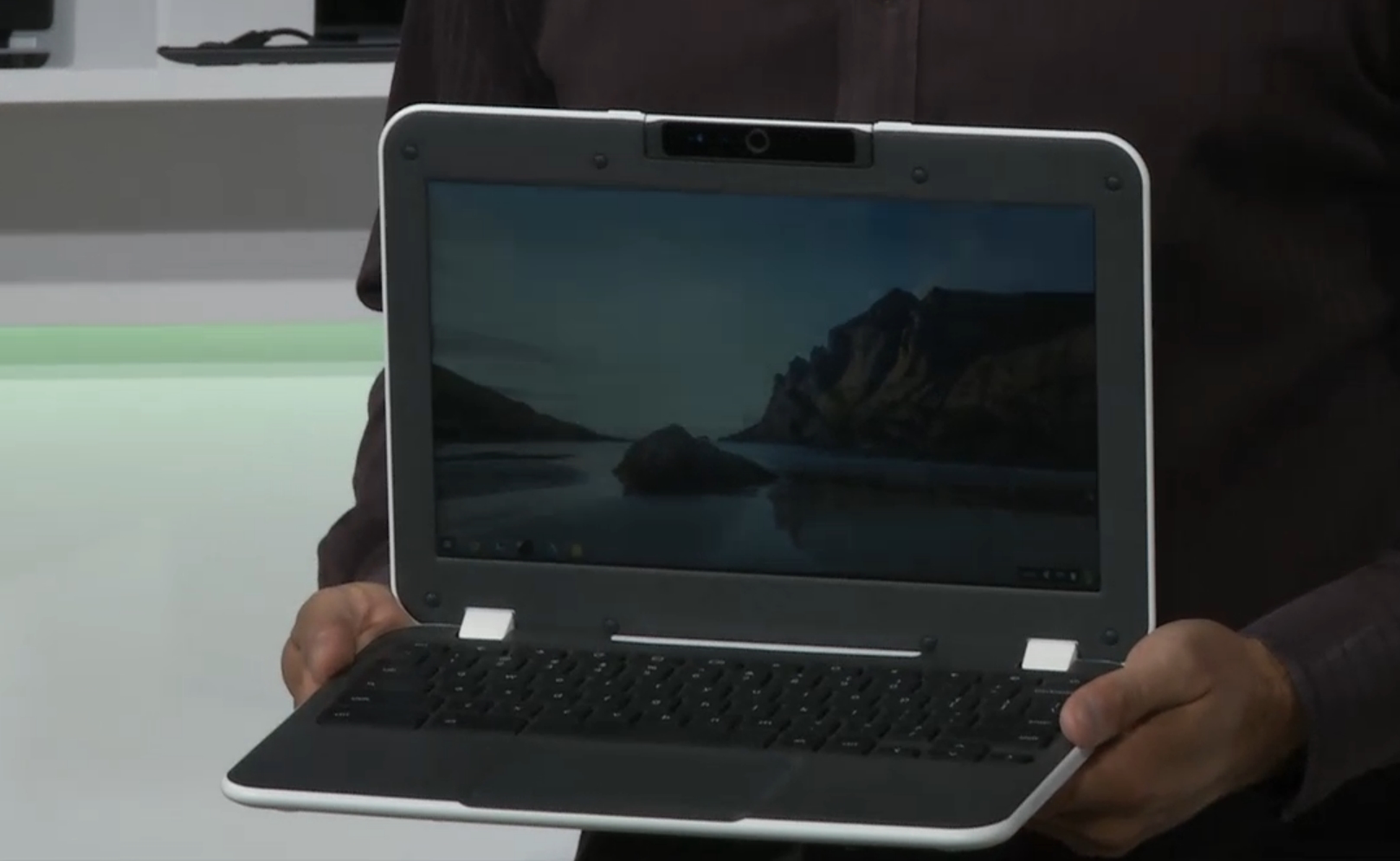 Laptops and tablets dominated the show, but the company did unveil a tiny new Chrome Box from HP (slated for availability in June) that can sit behind a computer display or be used to drive digital signage and customer kiosks. 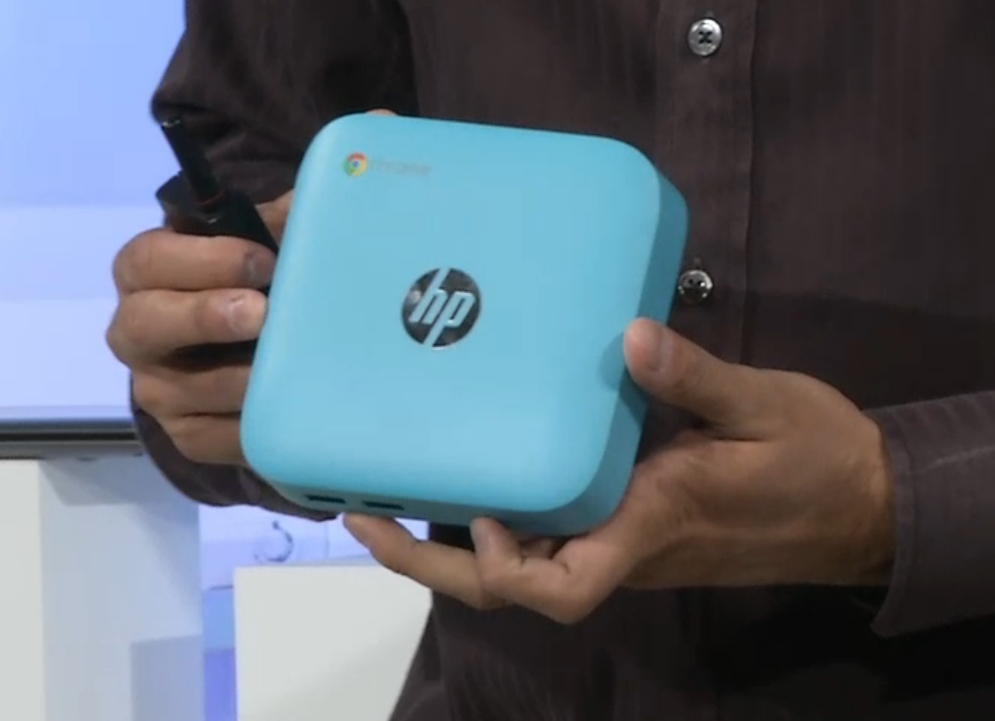 Further, Intel demonstrated a new Chrome OS form factor with what it calls a "Chrome Base." The first Chrome Base is coming from LG later this month as a 21" All In One computer running Chrome OS for $349. 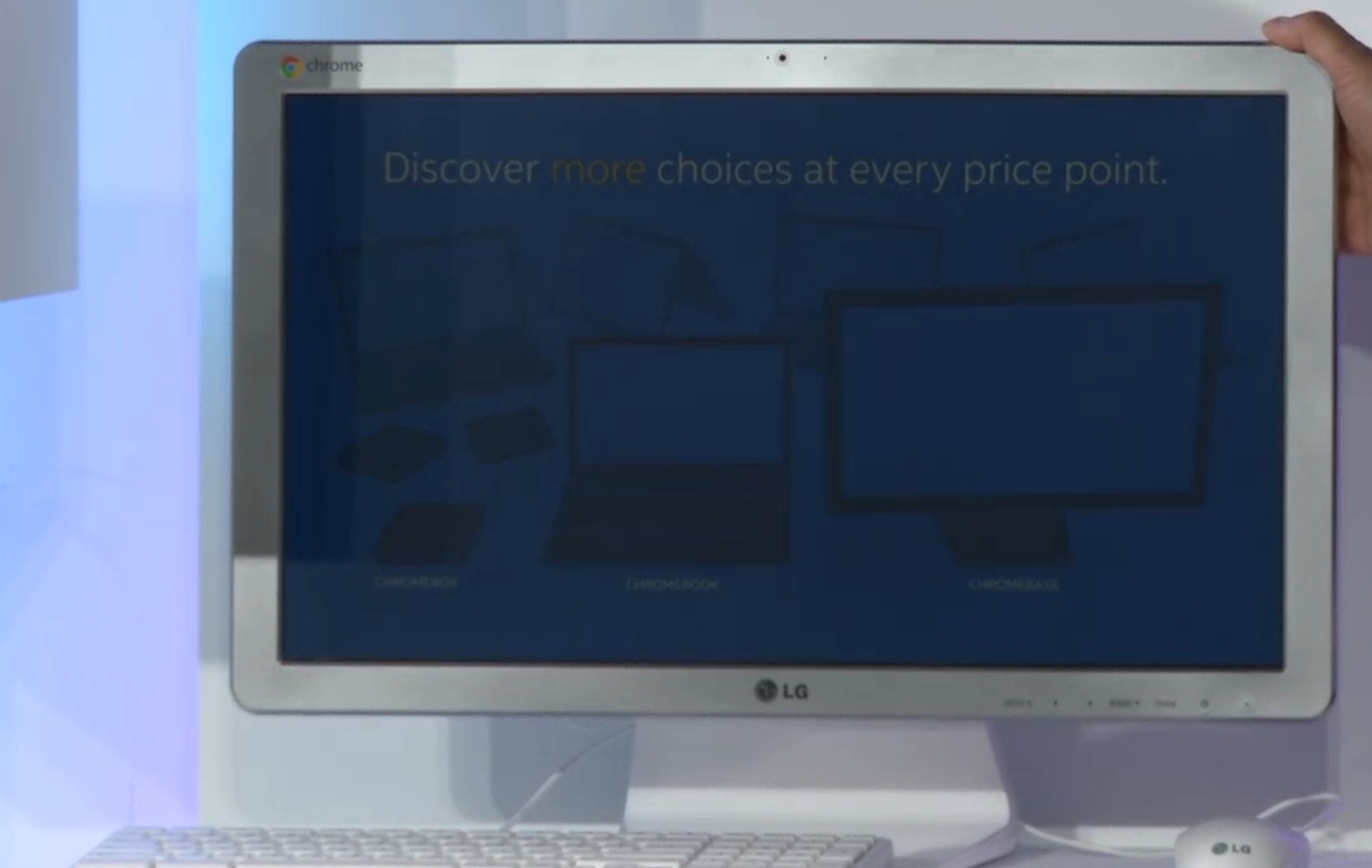 Chrome OS in general is expanding from traditional clamshell laptops to larger screens and alternative form factors (desktop, tablet, convertible, et al), and when asked about the future of touch on Chrome OS and the overlap between Android and Chrome OS Caesar Sengupta, VP of Product Management at Google, explained that the company feels that touch is a key aspect in the computing experience and that Google is interested in supporting and improving touch on Chrome OS and evaluating customer use on alternative form factors. Further, Mr Sengupta stated that Google is focusing on Chromebooks, Chrome Boxes, and the new All In One Chrome Bases with physical keyboards for Chrome OS while Android is focused on mobile phones and touch-based tablets. As OEMs introduce more touch-friendly and acrobatic hinged Chrome devices, there is likely to be some overlap, but ultimately decisions affecting the directions of the two OSes will be based on customer demand.

Google also used the event to announce that within the next few weeks users will be able to play movies and TV shows offline using the Google Play Movies Chrome app. 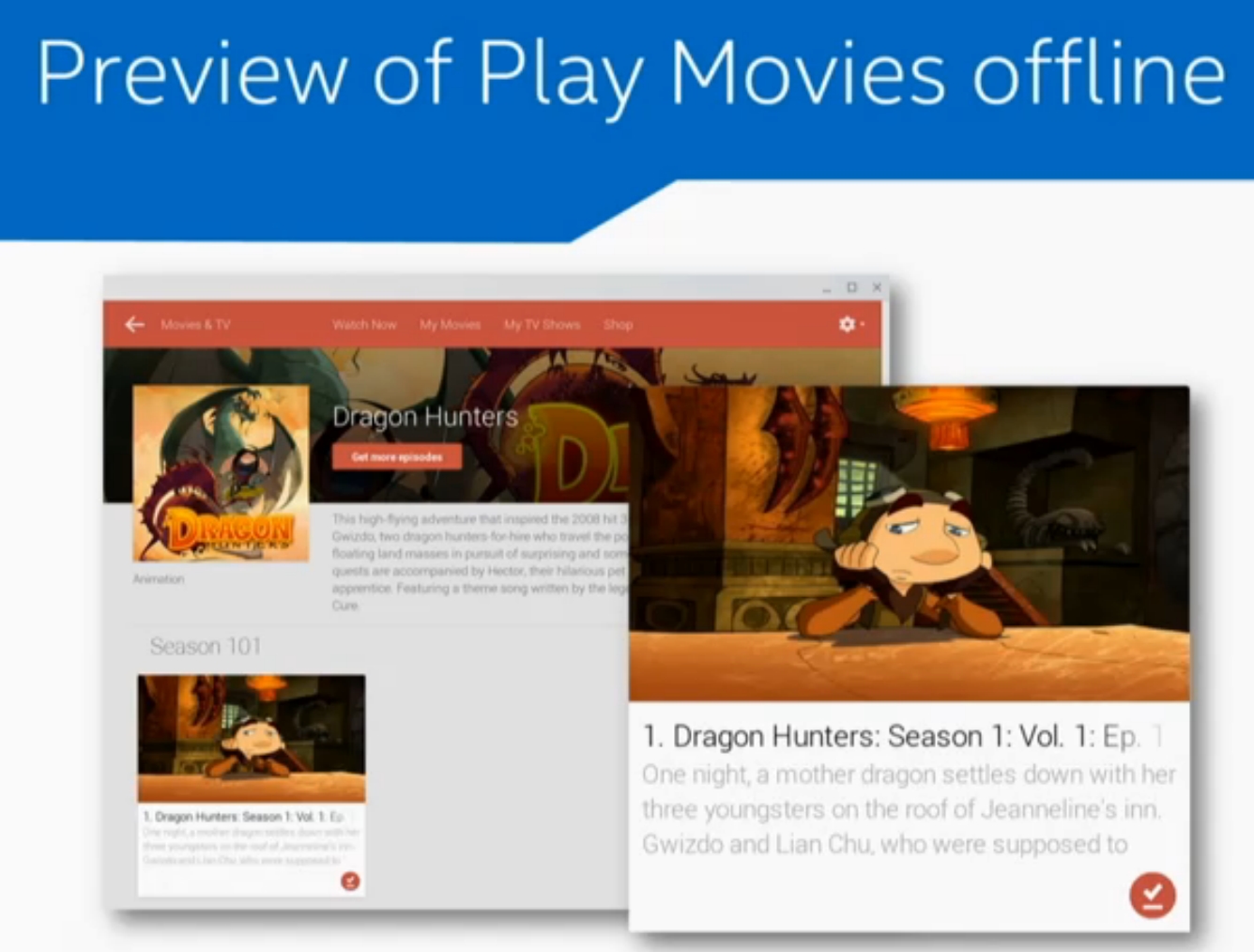 Overall, the event demonstrated that Chrome OS is growing at a healthy pace. Devices using the cloud-friendly operating system will be in 20 countries by the end of this year (versus 9 currently), and the new x86 processor options will enable a smoother user experience and faster application performance. I am genuinely interested to see where OEMs are able to take Chrome OS and what it is able to do as Google continues development of the software.

If you are interested, you can watch a recorded version of the live stream on the Intel website.

Stay tuned to PC Perspective for more Chrome device news as the hardware gets closer to release. 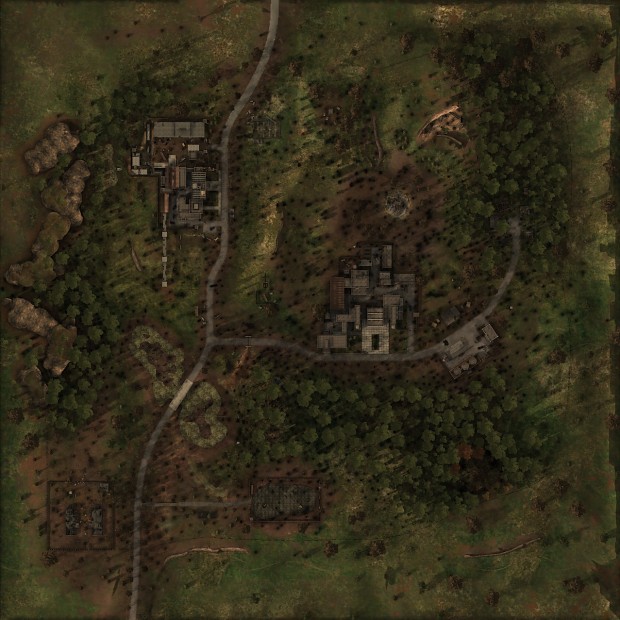