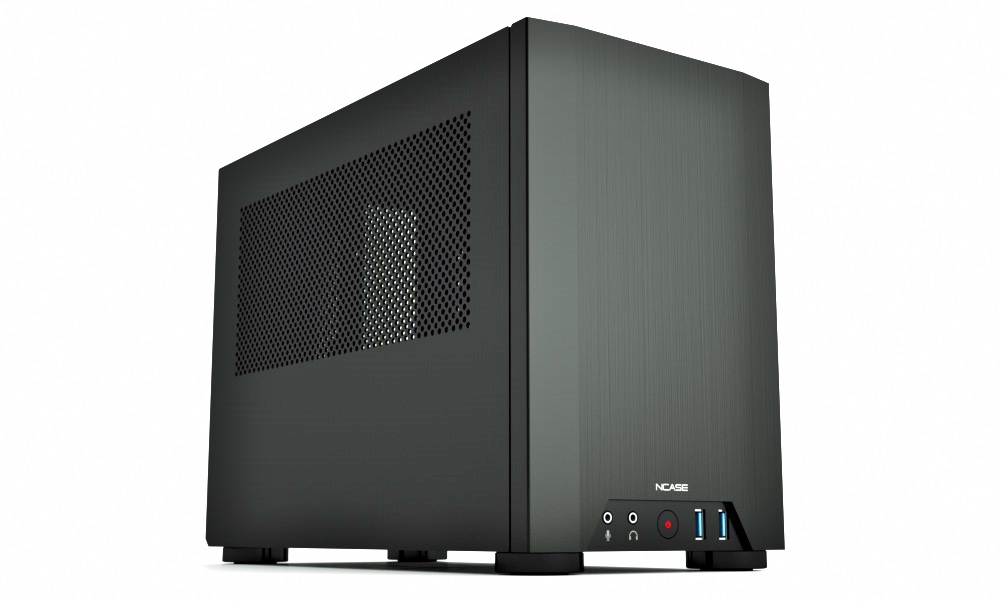 The NCASE M1 Mini-ITX case has been lusted after for about a year now by those of us interested in small form-factor (SFF) computing, ever since it made the news last spring by making its initial goal on the crowd-funding site Indiegogo. The last campaign to raise funds ended in August of last year, and not leaving anything up to chance the creators of the M1 contracted none other than Lian Li to make their dream a reality. Today, we have the privilege of seeing the finished product!

We’ve all talked about changing some existing product to fix problems or just add features that we’d like to have. But most of us probably wouldn’t take our idea to a public funding site to actually make it happen, and that’s exactly why the story of NCASE and the M1 is unique. The creators were members on hardforums, and the original thread for the M1 is now well over 500 pages long.

The story began with conversation about improving an existing mini-ITX design, with the SilverStone SG05 the original topic. (It's fascinating to watch the design evolve on the thread!) Two forum members joined forces and started creating designs, and ended up with the blueprint for an incredibly small case that still supported large GPU's and 240mm radiators. Then, it was on to Indiegogo to see if the interest was high enough to get this case built.

Judging by the results starting with that initial round of prototype funding, there has definitely been interest in this design! Lian Li's prototype case was a success, and the initial production run funding campaign quickly raised more than double the goal again… Fast forward to spring 2014, a black M1 case was delivered safely, and I for one can’t wait to get started building up a system with it! 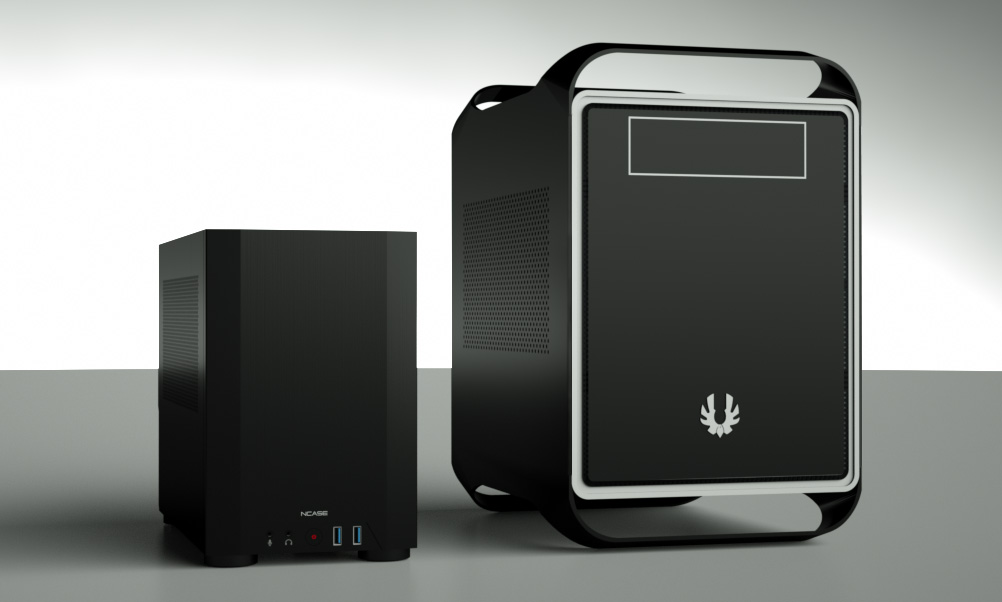 The M1 next to a BitFenix Prodigy: It's tiny!! (Image credit NCASE)

"The M1 is a mini-ITX, small form-factor case that doesn't sacrifice compact dimensions to support high-end hardware. Thanks to its innovative design, the M1 is able to support some of the most powerful PC components available, while still allowing tremendous build flexibility in a surprisingly small footprint. With its refined, understated aesthetics and quality all-aluminum construction, the NCASE M1 is the premiere choice for the discerning enthusiast." 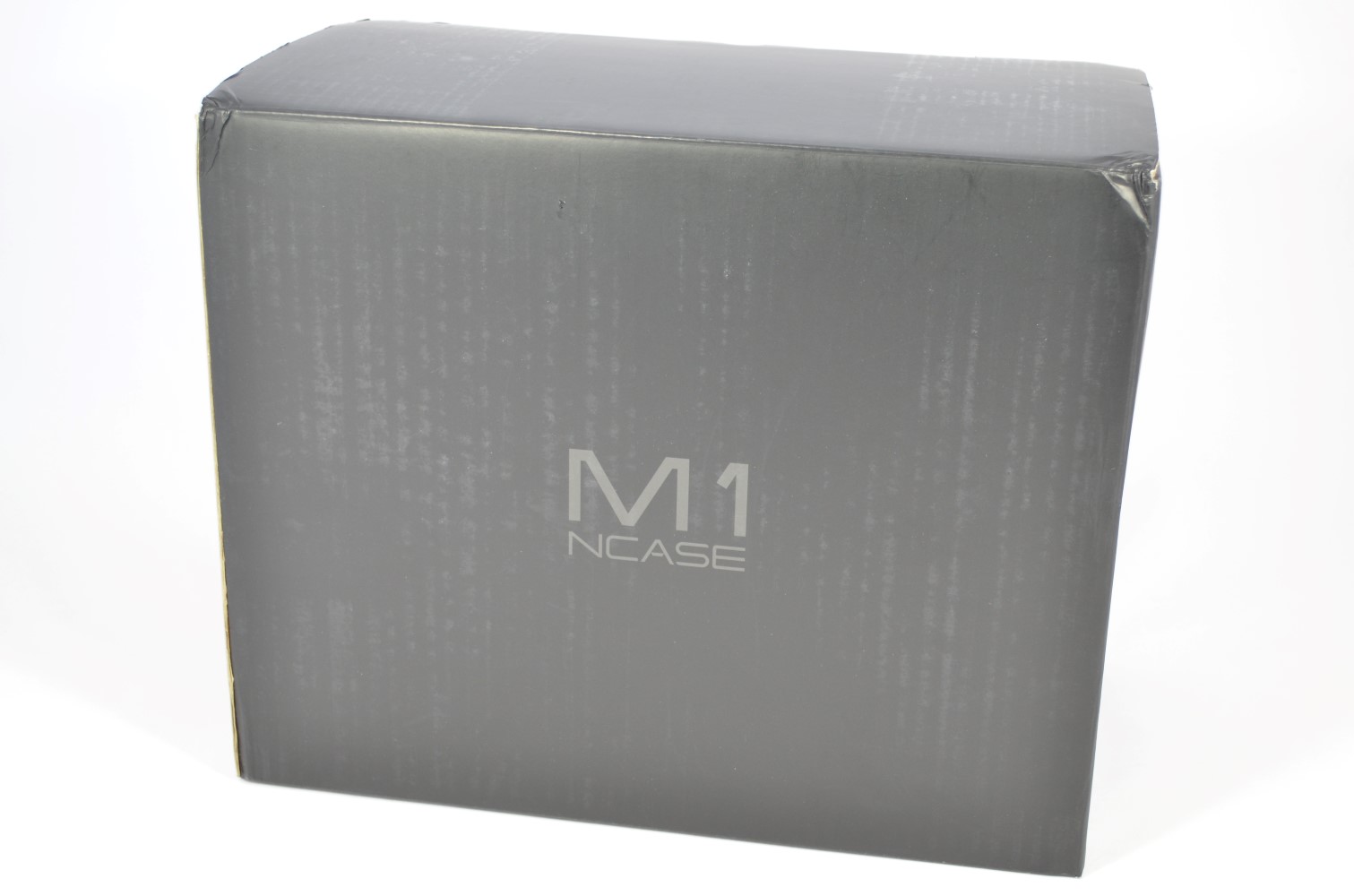 The M1 arrived in a rather dramatic black box with minimal graphics. Inside, the case is well protected and emerged without any damage. 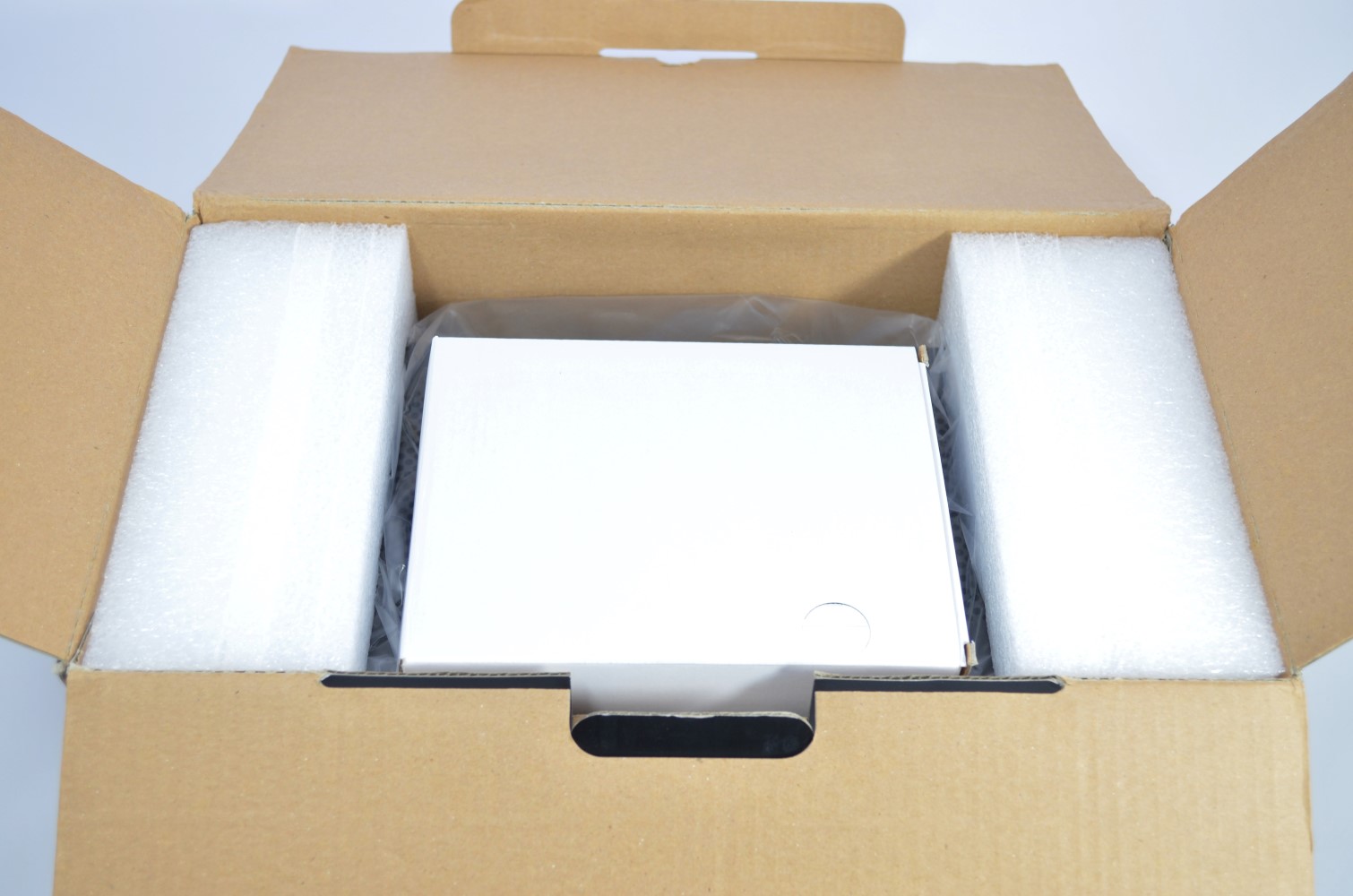 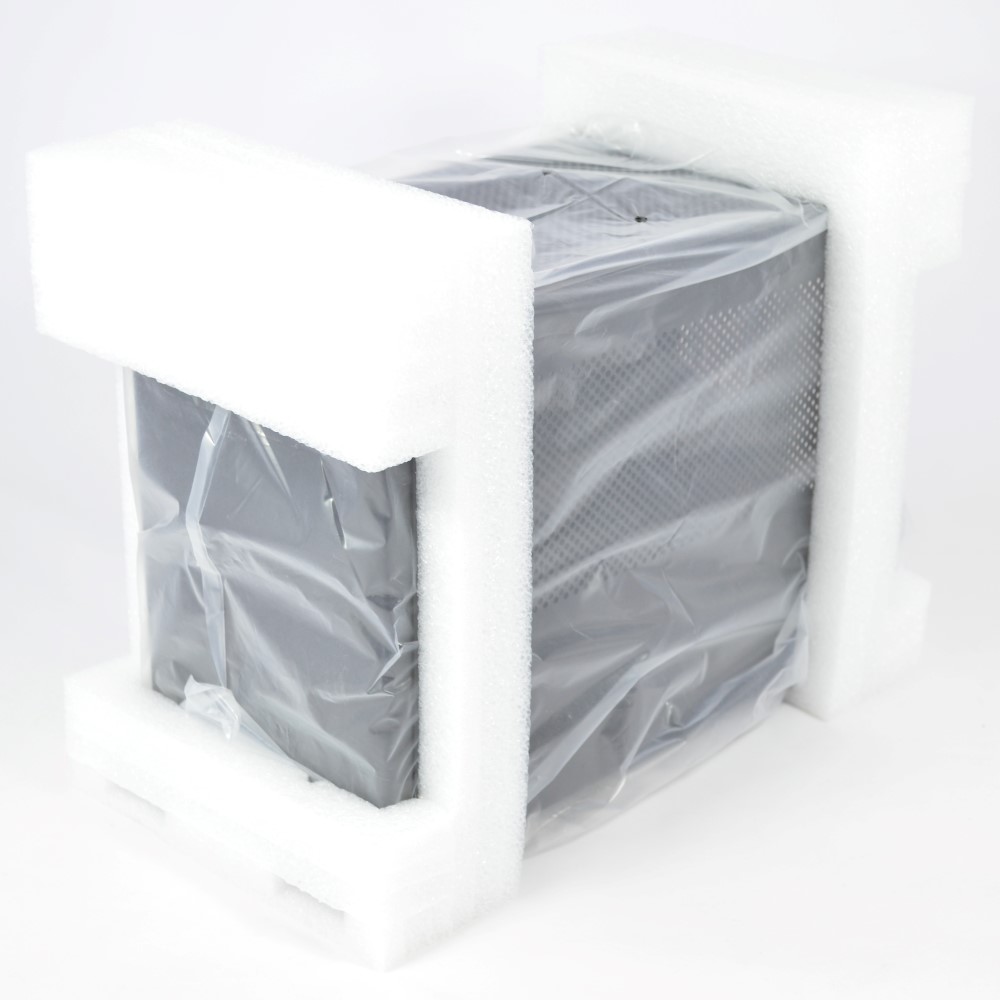 Taking it out of the box the first impression is really just how incredibly light this is. Like, “there's no way this could be a computer case” light. (I felt like I was lifting just the packing material out without a case – no joke.) The feather-like qualities of the M1 are explained by its all-aluminum construction, along with its very small size of course.

The accessories pack includes grills and dust screens for up to four 120mm fans, along with the usual assortment of mounting hardware. 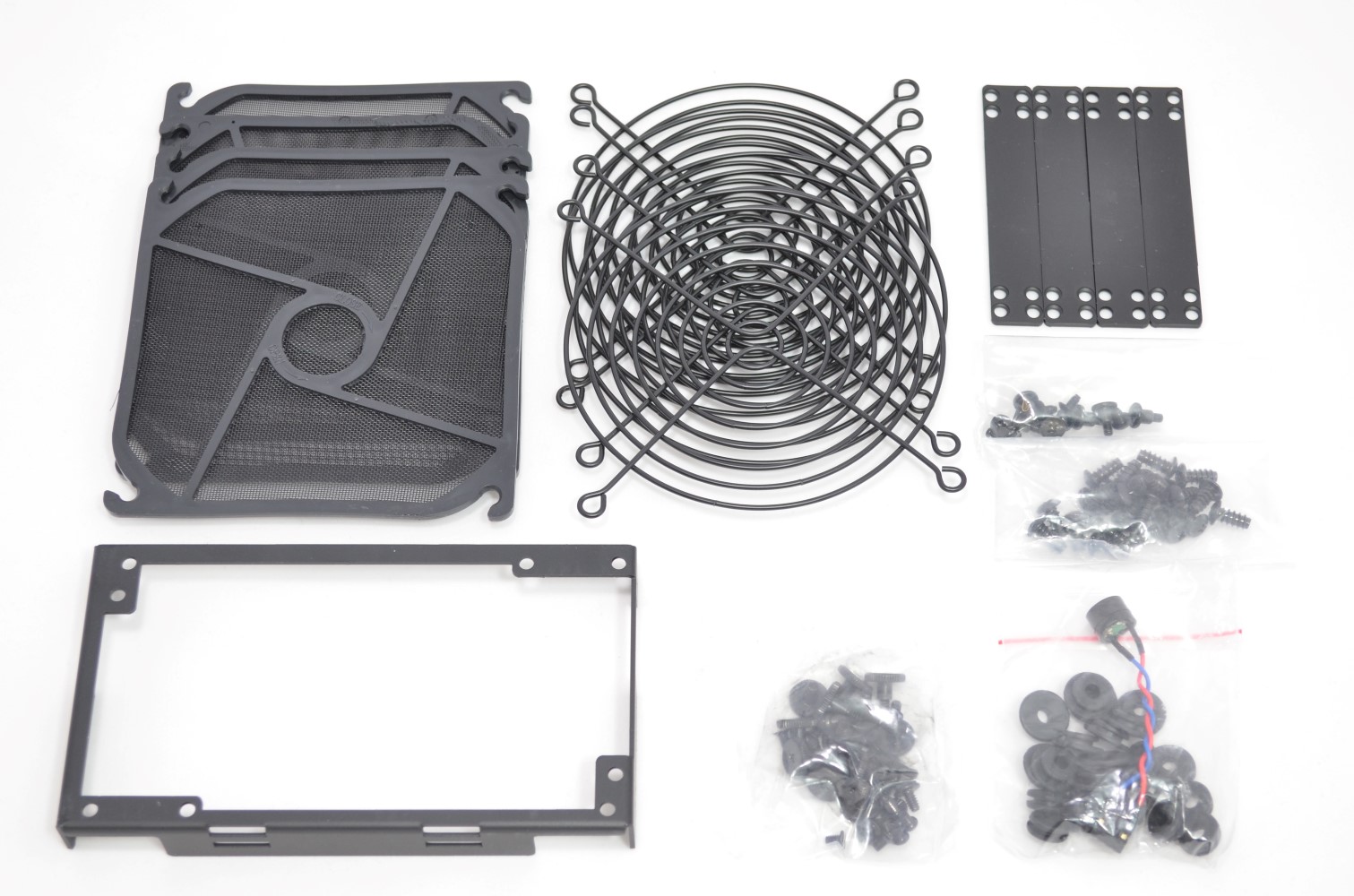 Next we'll take a closer look at the M1. 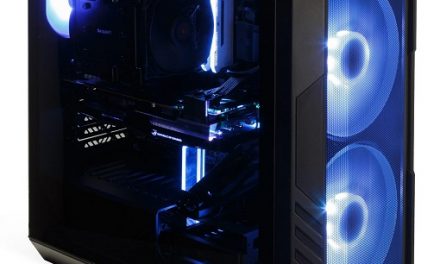 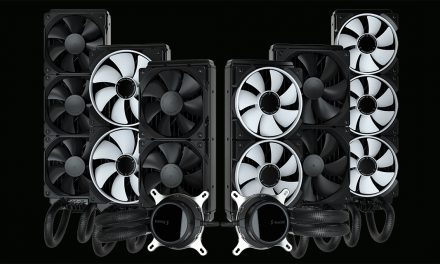