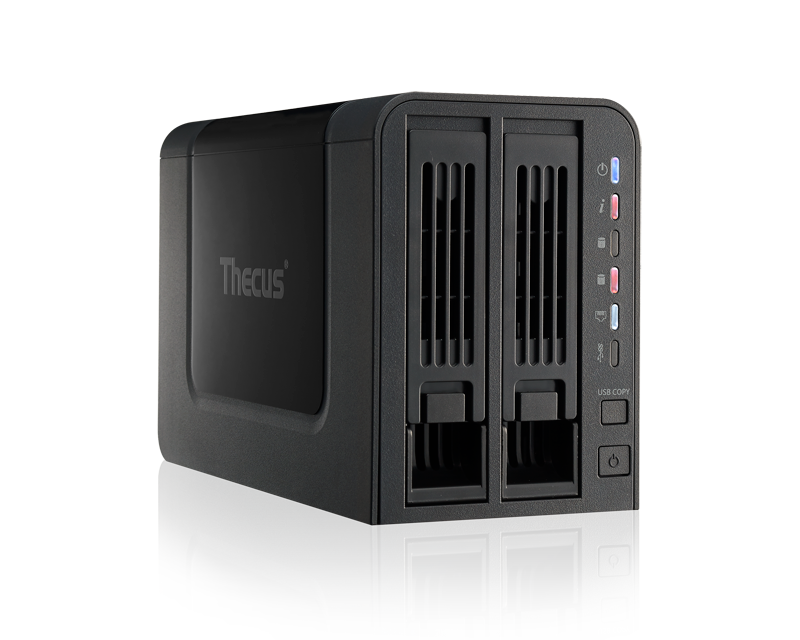 Going Beyond the NAS

Basic file operations are really not that much different from one NAS to another once you’ve set it up and mapped a drive. If that’s as far as you go with your NAS it will simply show up as a drive letter, and you can do this on all of your systems. Really where this product starts to stand apart is the additional server functionality the N2310's operating system can provide. This little NAS is actually quite powerful as a secondary device on your network, and is able to accomplish some of the tasks of a dedicated PC.

I won’t touch on all of the options available, but I will check out a few of the N2310’s useful functions.

Creating an iTunes server within the Apple ecosystem is simple, as it only requires iTunes software running on a computer with the “Home Sharing” option enabled. But having iTunes running all the time of course means having that computer running 24/7, too. A more efficient option would be a dedicated server of some kind, and a NAS is an ideal solution. This isn’t news of course, but for many such an option is probably still unknown.

So does Thecus offer this kind of functionality with the budget N2310? You bet. Even at the low price point the option is right there in the Control Panel.

After copying over some music files to the "_iTunes_Media" folder on the NAS I tried out iTunes on another computer on the network. There it is on the list, showing up by default right under the “Home Sharing” link. No preferences were changed in iTunes, it just shows up as a source automatically and simply requires logging on to the NAS before accessing files for the first time.

If you have Apple products at home this is a great feature since your library on the NAS will be available on not just your home computers running iTunes, but all i-devices and an AppleTV as well. This is particularly well-suited to the AppleTV as all newer models are streaming-only, and can play local content only via a connected computer  running iTunes – or an iTunes server like this Thecus NAS.

The bit torrent client installed on the NAS works as expected, and this is a great feature. I might be overstating the importance here slightly, but you might wonder how you ever lived without a device like this after setting up some downloads. Think about it: you’re basically using a large external storage device to download torrent files…to itself! (Mind blown.) I was as eager to check out this feature as any other on the N2310, and it was simple to use the Transmission app from the Thecus dashboard and browse for the .torrent files I had on my PC.

The Transmission shortcut first takes you to a settings screen, but a link at the top of the page opens the web app:

The software functioned how you would expect, and the Ubuntu images I'd selected downloaded at my network’s full bandwidth and were stored in the appropriate folder on the NAS automatically. Perfect!

I use an Android phone primarily, and I installed the app on my Nexus 5 but I could never get it to work. It simply crashed each time I completed setup. The issue may have been with my phone, but it crashed every time I attempted to connect to the NAS after setting up the DDNS connection in the app. Reinstalling/reconfiguring did nothing. On the other hand the the iOS version worked perfectly the first time, and I got right in.

Using the iPhone as an example, after an initial setup which asks for your Thecus login info, the WebDAV share becomes an active link in the app. Now we can navigate the folders on the NAS. 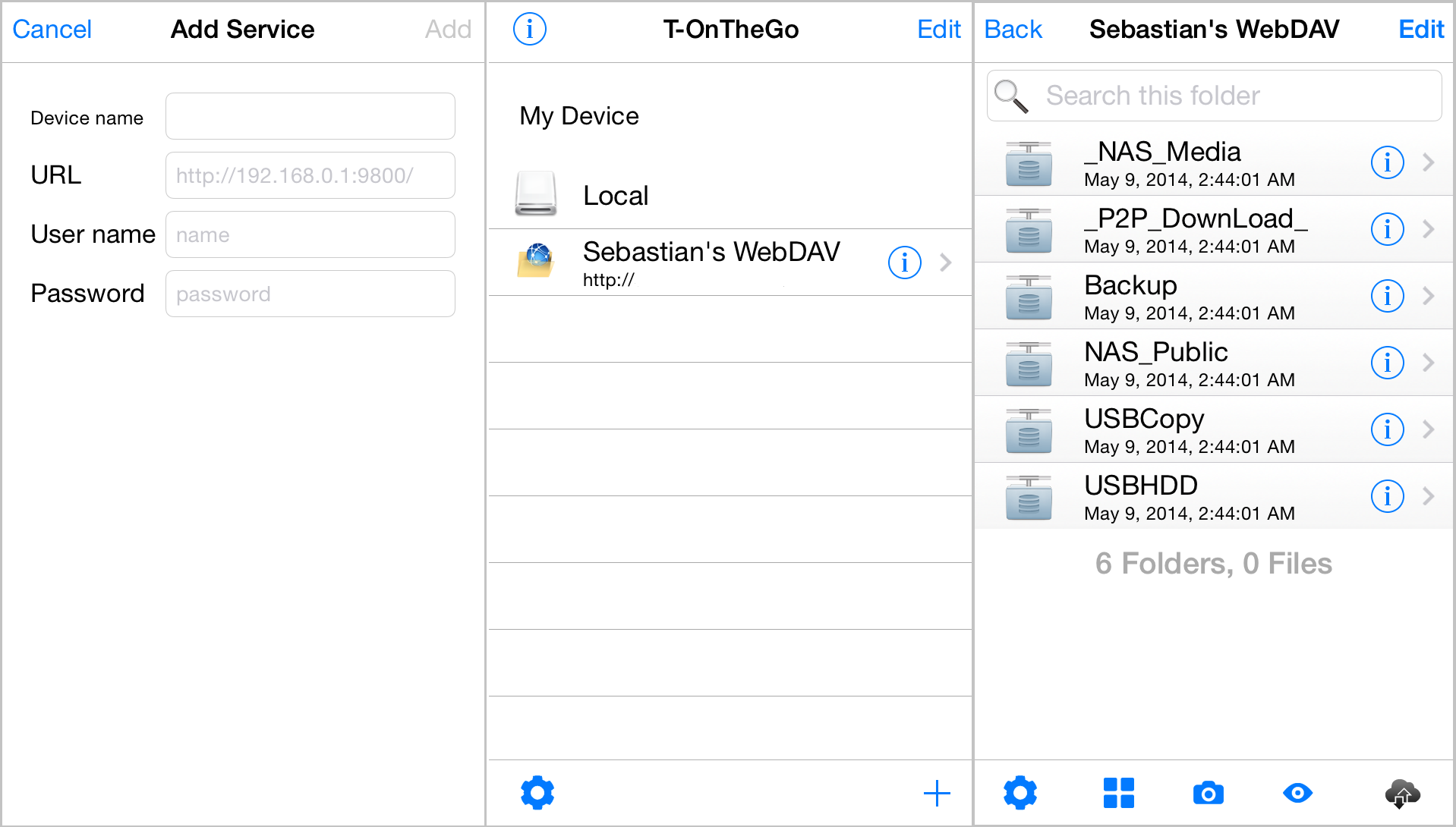 There aren't many steps, but the values entered must be exact

Here as an example I’d added a few episodes of TWiCH with Ryan and Patrick Norton to the NAS, and the video files streamed smoothly from within the app. 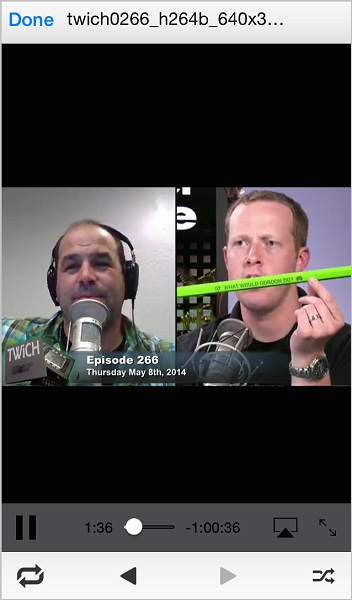 Who needs that "internet" thing for streaming video?

The possibilities are endless here, of course. The app supports various audio and video formats, and naturally any kind of file can be accessed through the app. This remote access option creates an interesting alternative to online storage options like Dropbox or OneDrive, and the online storage is not only free this way, but limited in capacity only by what you have installed in the NAS.

This is barely the beginning…

There are far too many options with the N2310 to cover in depth here, and there are additional apps and features available for download as well at the Thecus NAS App Center page, where there were nearly 500 apps when I took this screenshot: 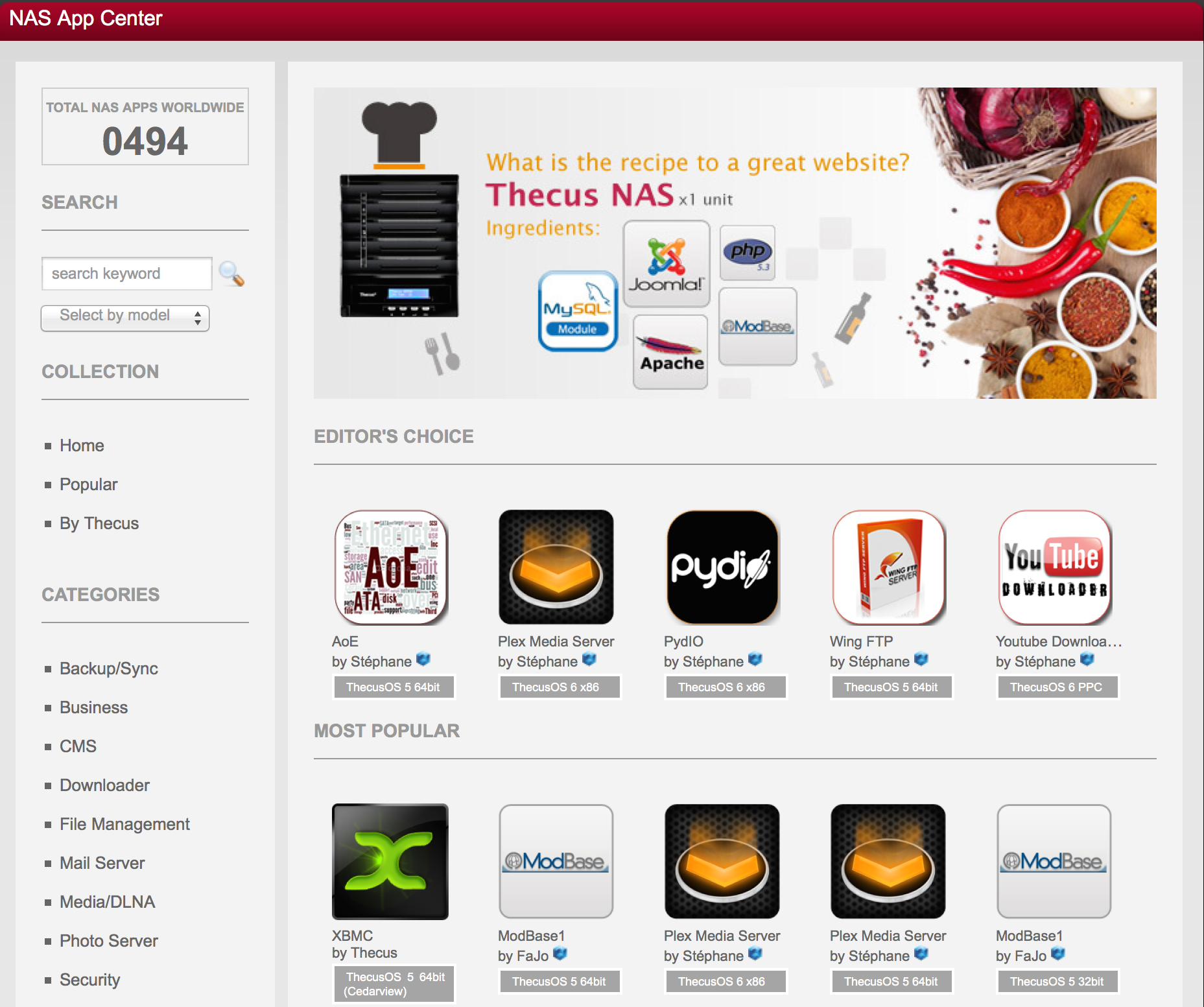 XBMC and Plex offer even more possibilities for media…

Next we'll check out the Thecus backup software and see how the NAS performed over the network.

Sitting naked on the dock