Today, ASUS announced a new edition to their Z97-based ROG line of boards, the Maximus VII Impact. This mini-ITX board carries many of the Intel Z97 enhancements of its fellow ROG boards, as well as a few secrets of its own. Don't let looks deceive you, a heart of a champion beats in the Maximus VII Impact's small silicon footprint. 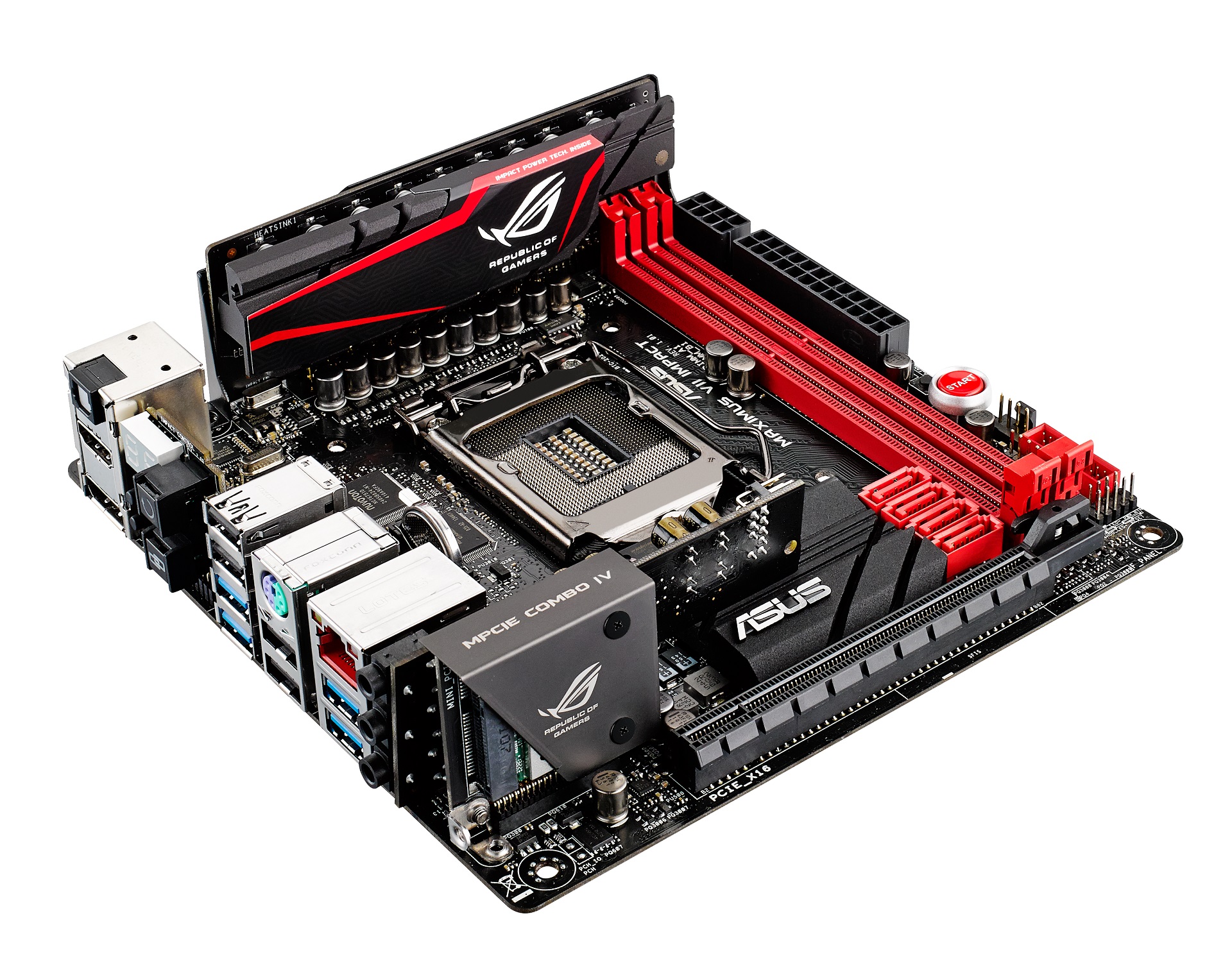 ASUS went back to the drawing board with their ROG Impact-based design, striving to deliver an mini-ITX form factor product that does not compromise on features, performance, overclocking potential, or CPU cooler compatibility. The result was the re-engineered ROG Maximus VII Impact, featuring unprecedented compatibility with a wide range of both CPU coolers and PCI-Express expansion cards. Powering the board is the Impact Power II power card, featuring the same digital power circuitry found on the full-sized ROG ATX boards. The Impact Power II PCB is mounted vertically to maximize the board's space use. Also integrated into the board is the Impact CooolHub, an optional add-on card containing two additional 4-pin fan headers as well as an LN2 header. The board also comes with the mPCIe Combo IV card, supporting 802.11ac wireless operation, as well as M.2 SSDs operating at up to 20Gbps, utilizing bandwidth up to PCIe x4 speeds.

Like other ROG Z97-based offerings, the Maximus VII Impact board comes standard with its own version of the SupremeFX 2014 audio subsystem – the SupremeFX Impact II audio card. Additionally, the board offers full compatibility with the soon-to-be-released Intel Devil's Canyon-based CPUs with enhanced tuning capabilities.

ASUS has not yet announced price or availability specifics for the ROG Maximus VII Impact, but expects the board to be available for purchase at North American-based retailers by Q3 2014.