Back in March, we learned from Intel that they were planning to release a new Haswell refresh processor targeted at the overclocking and gaming market, code named Devil's Canyon. As we noted then, this new version of the existing processors will include new CPU packaging and the oft-requested improved thermal interface material (TIM). What wasn't known were the final clock speeds and availability time lines.

The new Core i7-4790K processor will ship with a 4.0 GHz base clock with a maximum Turbo clock rate of 4.4 GHz! That is a 500 MHz increase in base clock speed over the Core i7-4770K and should result in a substantial (~10-15%) performance increase. The processor still supports HyperThreading for a total of 8 threads and is fully unlocked for even more clock speed improvements. 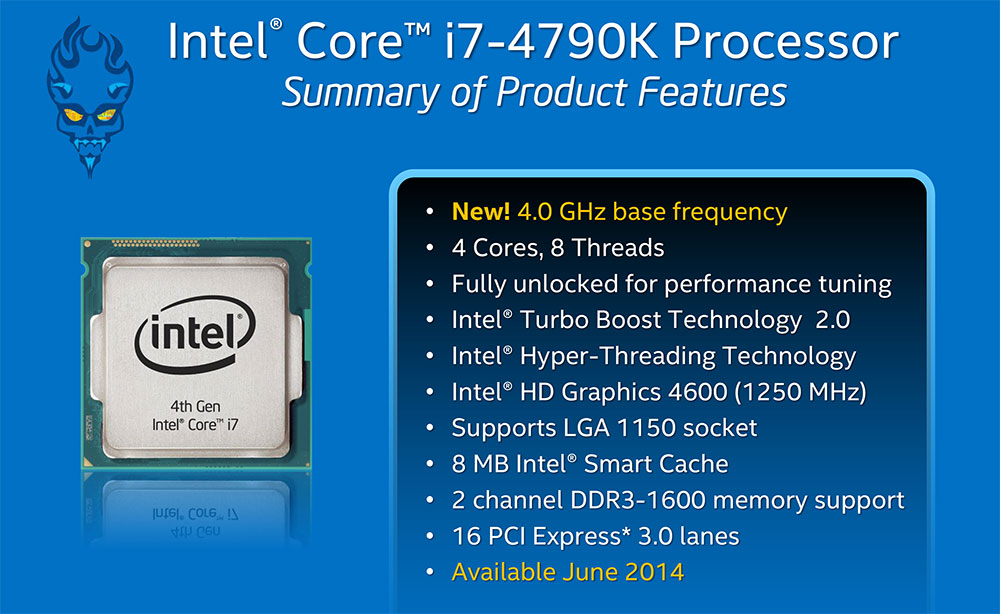 All of the other specifications remain the same – HD Graphics 4600, 8MB of L3 cache, 16 lanes of PCI Express, etc.

Intel spent some time on the Devil's Canyon Haswell processors to improve the packaging and thermals for overclockers and enthusiasts. The thermal interface material (TIM) that is between the top of the die and the heat spreader has been updated to a next-generation polymer TIM (NGPTIM). The change should improve cooling performance of all currently shipping cooling solutions (air or liquid) but it is still a question just HOW MUCH this change will actually matter.

You can also tell from the photo comparison above that Intel has added capacitors to the back of the processor to "smooth" power delivery. This, combined with the NGPTIM should enable a bit more headroom for clock speeds with the Core i7-4790K. 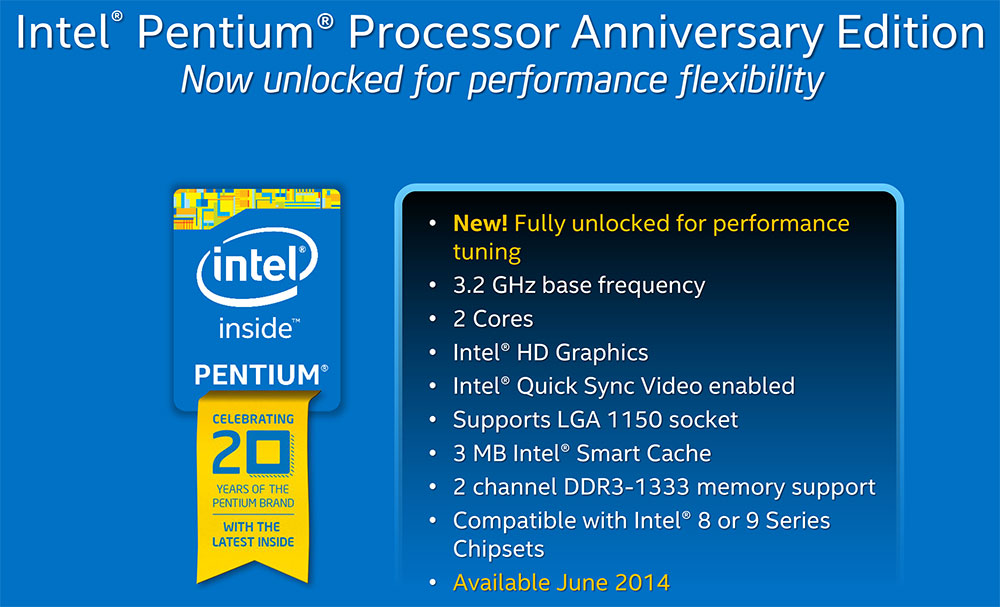 Not to be left out, Intel is offering an unlocked Pentium processor for users on a tighter budget. This dual core CPU runs at 3.2 GHz base frequency and includes not just HD Graphics but support for QuickSync video.

At just $72, the Pentium G3258 will likely be a great choice for gamers that lean towards builds like the one we made for the Titanfall release.

I was hoping to have a processor in hand to run benchmarks and overclocking testing on, but they haven't quite made it to the office yet. The 4.0 GHz clock speed is easily emulated by any 4770K and some BIOS tweaks but the additional overclocking headroom provided by the changed thermal interface is still in question. Honestly, based on conversations with motherboard vendors, Devil's Canyon headroom is only 100-200 MHz over the base Haswell parts, so don't expect to reach 6.0 GHz all of the sudden.

Later in the week we'll have the Core i7-4790K in hand and you can expect a full review shortly thereafter.