AMD always cringes when we bring up the Cinebench tests.  Kaveri just does not fare well under them.  Still, this is a benchmark that stresses the CPU and memory portions of any APU. 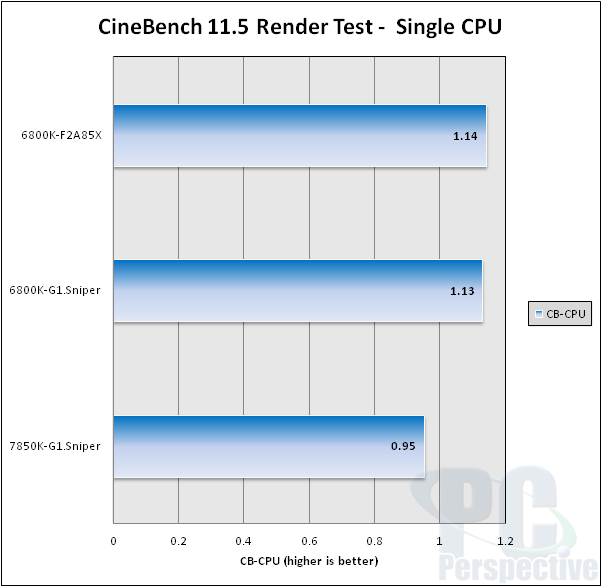 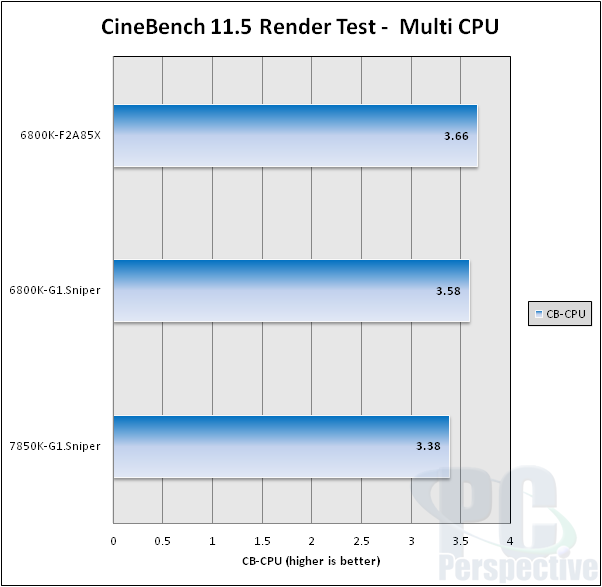 The 6800K performs much the same on both boards, but is slightly slower on the G1.Sniper.  Part of this can be attributed to low level optimizations in the firmware that are aimed more towards pushing the new Kaveri processors rather than pushing the older Richlands.  There is only so much space on the chips where the firmware is stored, so AMD and their partners cannot fully optimize each board for all processors.

This nice little program has a handy benchmark included that scales very nicely with core count. 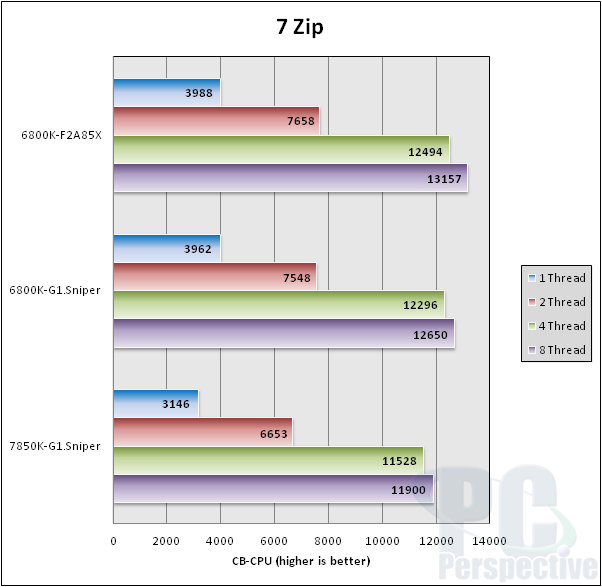 The 6800K on the G1 is again just slightly slower than on the F2A.  The 7850K again lags well behind in computational workloads for the CPU.