The recorded audio playback was distortion-free, but muted without Microphone Boost enabled. For best pickup and playback clarity, Microphone Boost had to be set to +20dB with a recording volume minimum of 75.

To validate that the board’s device ports were functioning correctly, we connected an OCZ Vertex 3 90GB SATA III SSD to the system and ran the ATTO Disk Benchmark against the drive. The SSD was directly connected to the native SATA 3 ports. ATTO was configured to test against transfer sizes from 0.5 to 8192 KB with Total Length set to 512 MB and Queue Depth set to 10. The SSD selected for testing has a maximum read throughput of 550 MB/s and a write throughput of 500 MB/s on a SATA III controller. The drive tests were repeated three times with the highest repeatable read and write speeds recorded. 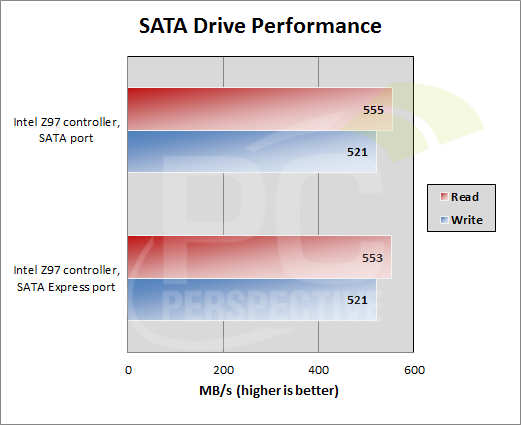 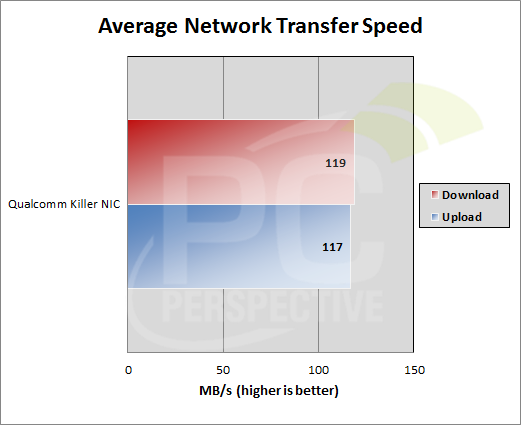 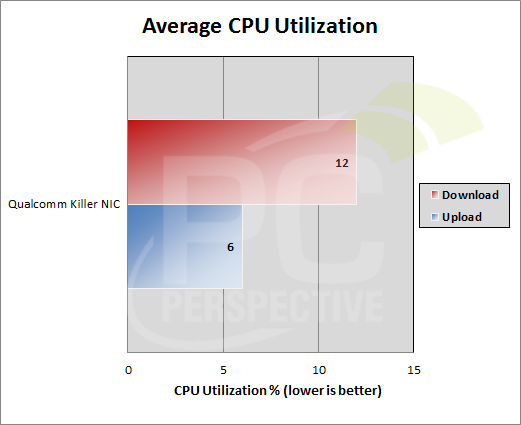 The Killer NIC average transfer speeds came close to the theoretical limits of the Gigabit adapter, coming close to topping a 120MB/s average speed. CPU utilization was a bit higher than expected, averaging under 10% for upload and 15% for download with utilization spikes seen during upload close to 15%.