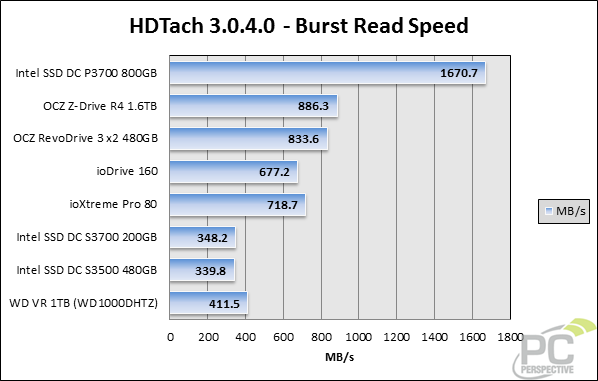 Having said that, the NVMe interface is showing extremely low latencies – to the point that the indicated burst speed is actually very close to the max read speed of the DC P3700. 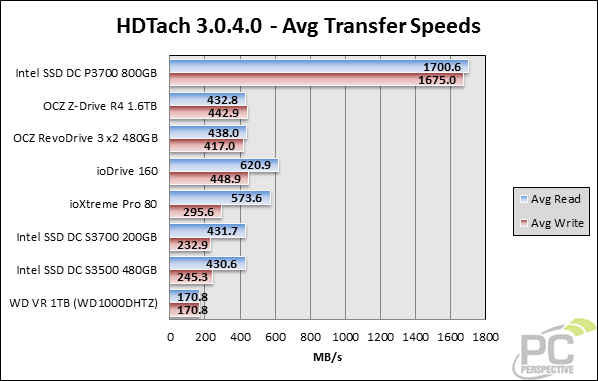 HDTach feeds the tested drive a continuous string of small sequential requests. This is a single threaded operation, which means the SSD doesn't get to see what's coming next. The lower the QD=1 latency of the controller pipeline, the better the numbers we see from this test. It doesn't equate to real-world maximum throughput, but it does mean something for analysis, which is why we include these results. Here we can see how the various controllers handle this type of workload, with slight variances in the way those different controllers handle QD=1 sequential IO streams.

While the OCZ R4 used SandForce controllers, known for relatively high pipeline latency (and therefore low results in a QD=1 test), the Intel DC P3700 appears to be the polar opposite. Barring RAMDrive results, these are the highest figures I've ever seen HDTach turn out. Clearly this new device, and the use of the NVMe interface, is doing a lot of good, even in those tests that typically show weaknesses in SSDs. 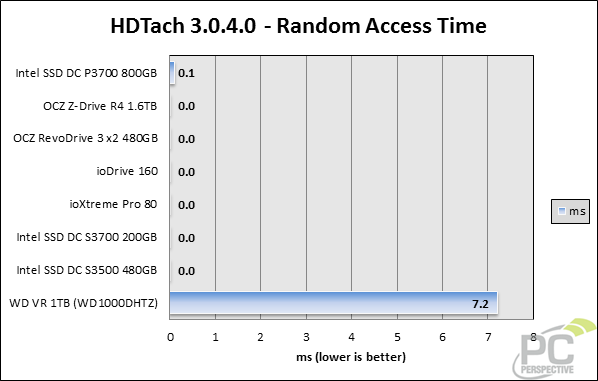