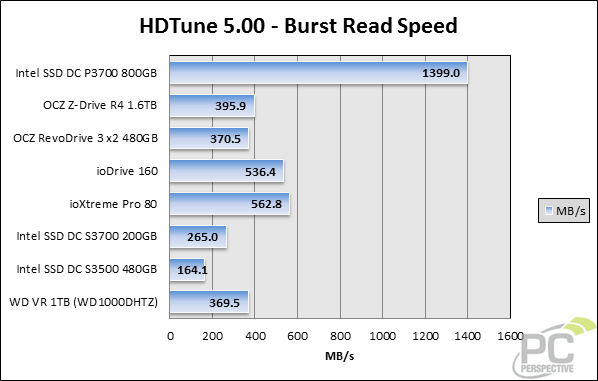 HDTune's burst test gives inconsistent results, but we see here the P3700 still manages to turn in speeds much closer to its rating. 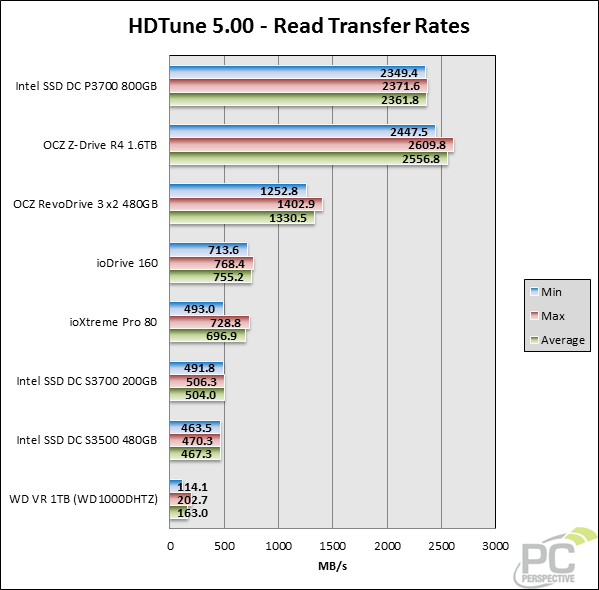 R4 and P3700 both clean house here, but recall what I said earlier about compressible data. On the next page we'll get to the real meat and potatoes. 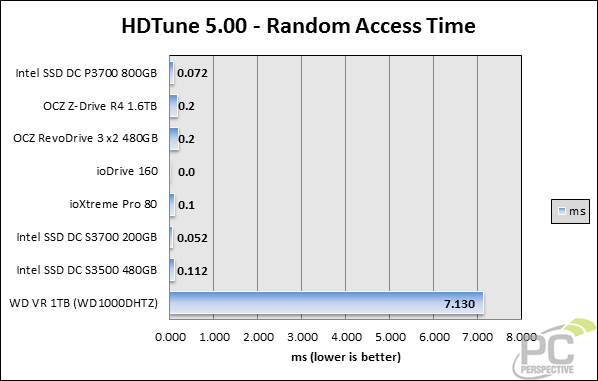 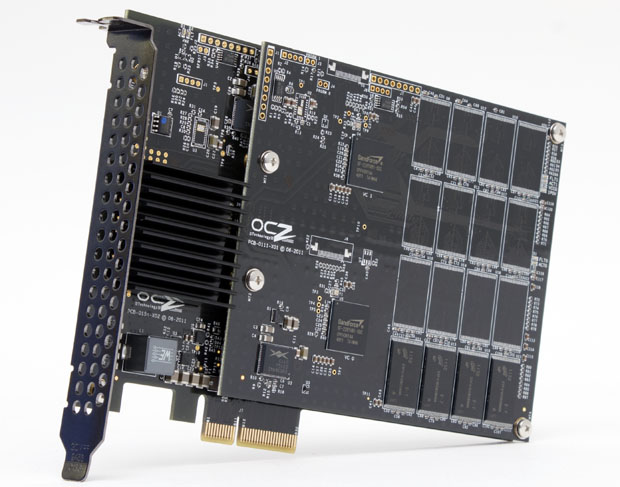