THe Noctua NH-U12S performed well across all configurations, proving again Noctua's design prowess when it comes to high performance and low noise coolers. While the cooler is usable is any of the tested configurations, the LNA adapter should only be needed for the most noise sensitive individuals – the cooler is that quiet. 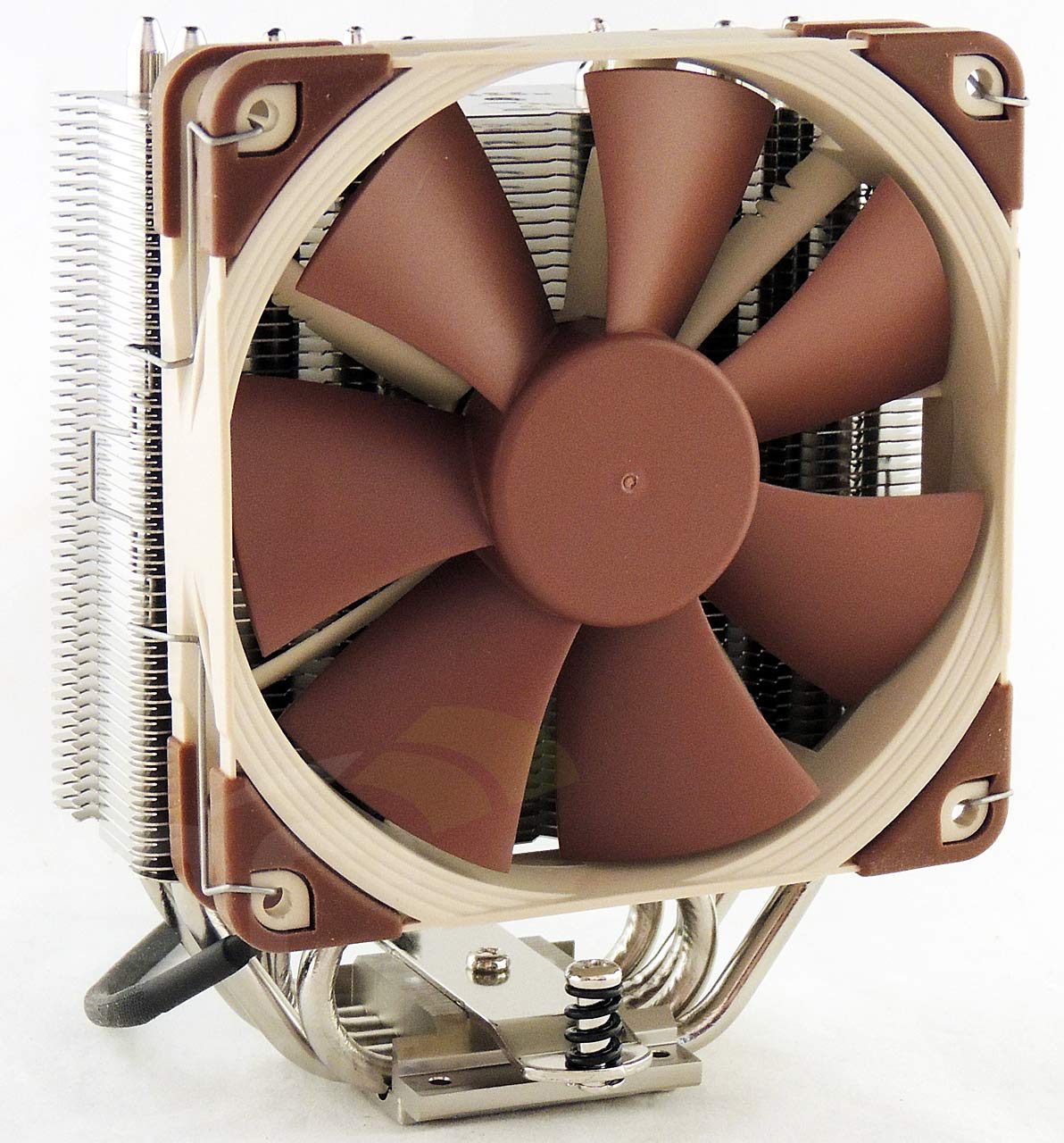 The Noctua NH-U12S CPU cooler is another design masterpiece for Noctua. The unit has a very modern aesthetic with all surfaces either shiny aluminum or nickel-plated for that shiny chromed look. The construction of the unit was top notch with all solder joints between the heat pipes and both the radiator and the CPU base plate clean and without residue. Further, the surface of the copper base plate was flawless, ensuring an optimal mating surface for the CPU. In addition to its appearance, the NH-U12S was designed to maintain size compatibility with most motherboards (a common trait among all member of the Noctua U-series of coolers). Even with the MSI Z87 MPower board, notorious for its three-sided large VRM cooler surrounding the CPU socket, the NH-U12S had no fit related issues. You could even use all four memory slots on the board without concern for the height of the memory cooler. Noctua paired the cooler with its tried and true Secure Firm2™ mounting system, ensuring firm contact between the cooler and the CPU surface.

The largest challenge with the NH-U12S is its price to performance ratio. Don't get me wrong, it performs well, but not quite at the same level of its big brother, the NH-U14S. And its price is not much less than the NH-U14S either. However, the cooler is well built and will fit just about any board you choose to use it with.

SSD is here to stay