The RevoDrive is faster, with 19nm flash to boot!

OCZ's RevoDrive series has been around for quite some time. We reviewed the first of the series over four years ago, and they just kept coming after that initial launch. 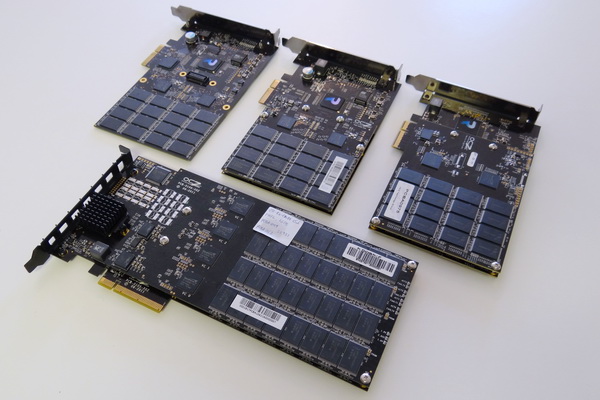 With the recent acquisition by Toshiba, it was only a matter of time before OCZ revamped the RevoDrive line with their new flash. It just makes sense, as Toshiba can be obtained much more readily (and cheaply) since they are now an in-house source for OCZ. With the Vector 150 and Vertex 460 already driving 19nm Toshiba flash, we now have the RevoDrive 350:

We suspected they might also count this as an update to the Revo line and not just a flash swap, so with a sample to test, let's see what's what!

Read on for our full review! 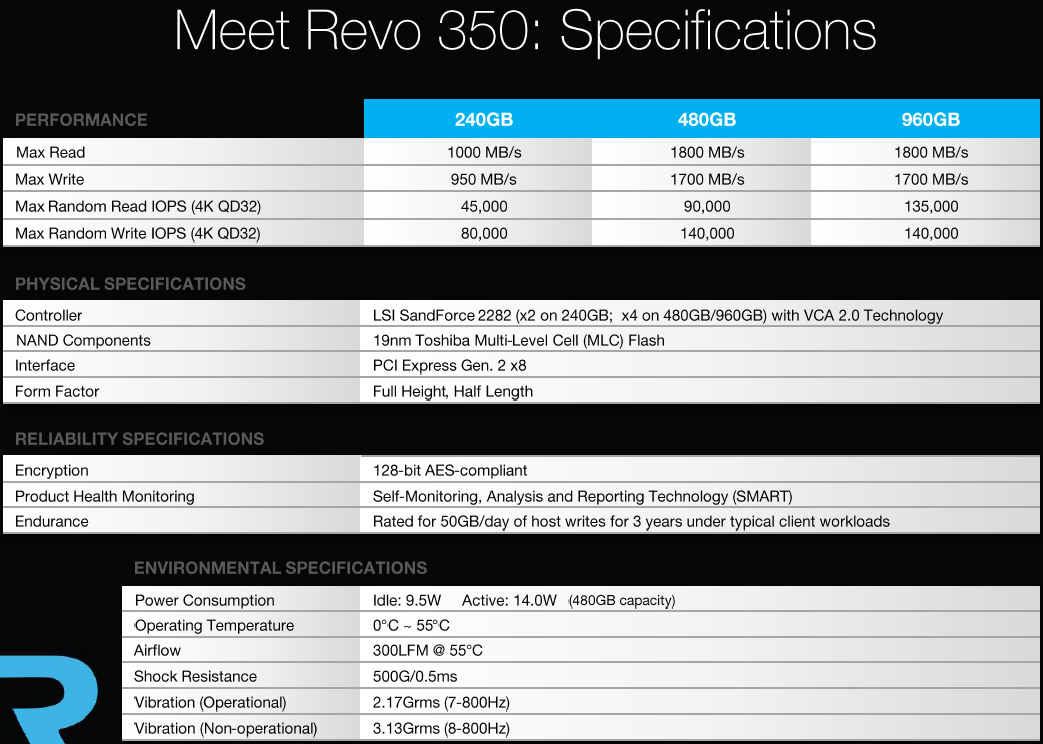 Note the performance is roughly halved on the 240GB model, presumably because it comes equipped with half the number of SandForce controllers and flash packages. More detail vailable direct from the OCZ RevoDrive 350 spec page. 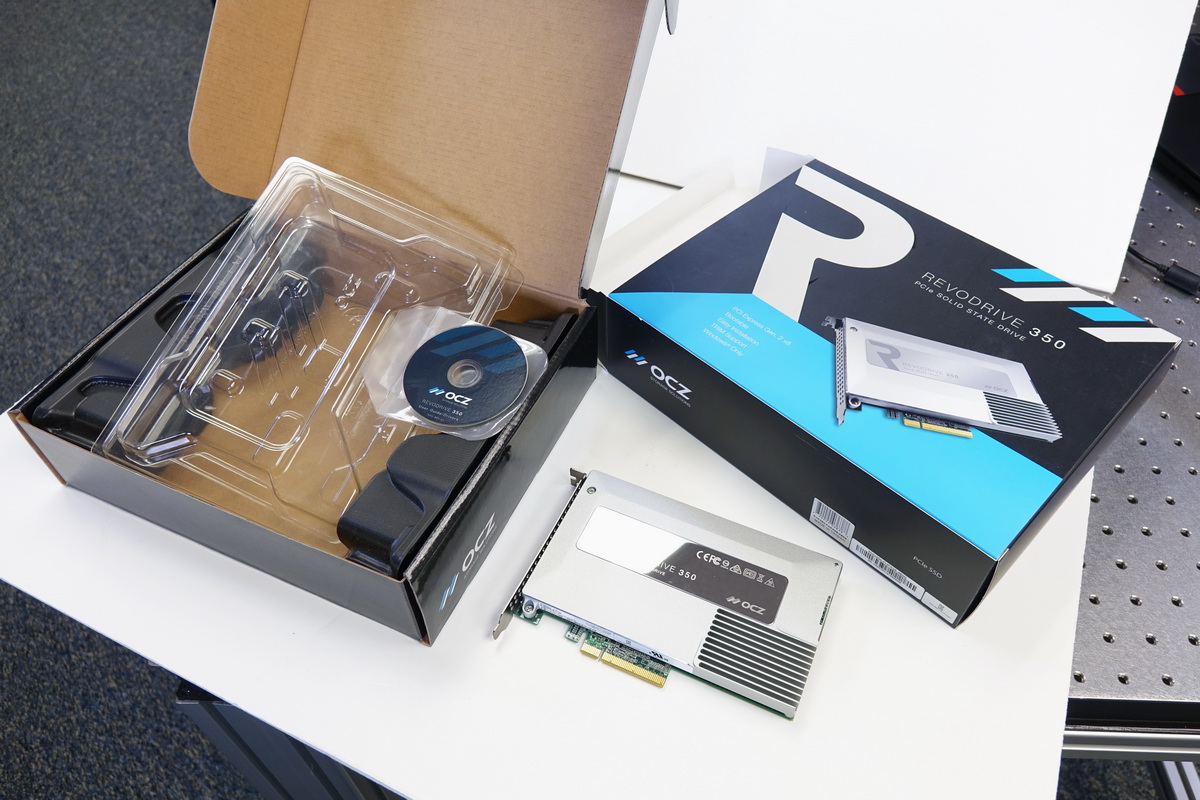 The new RevoDrive 350 comes well packaged, with a driver mini-CD. I'd recommend downloading the most recent driver straight from OCZ instead of blowing the dust off of that old cup-holder. 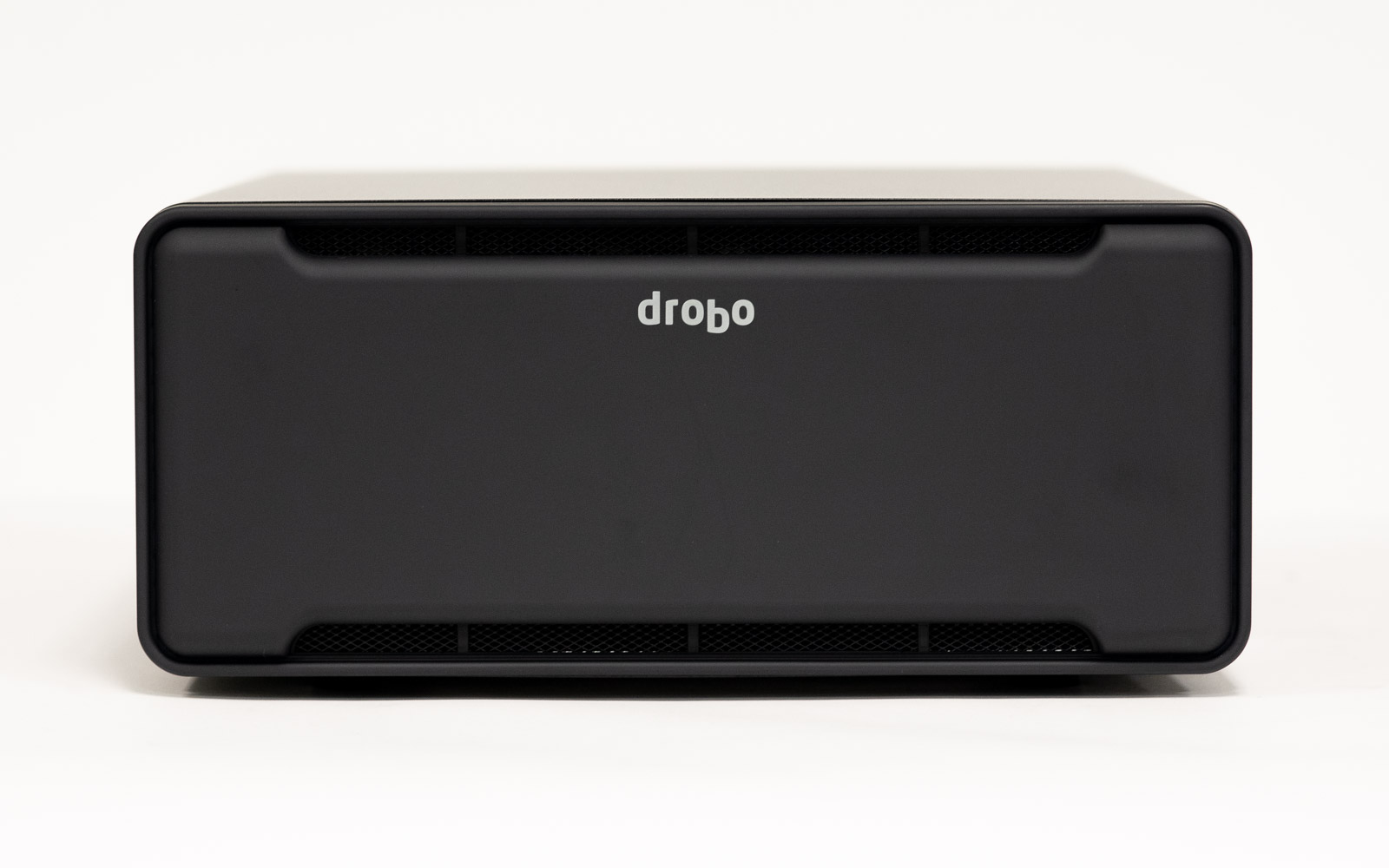 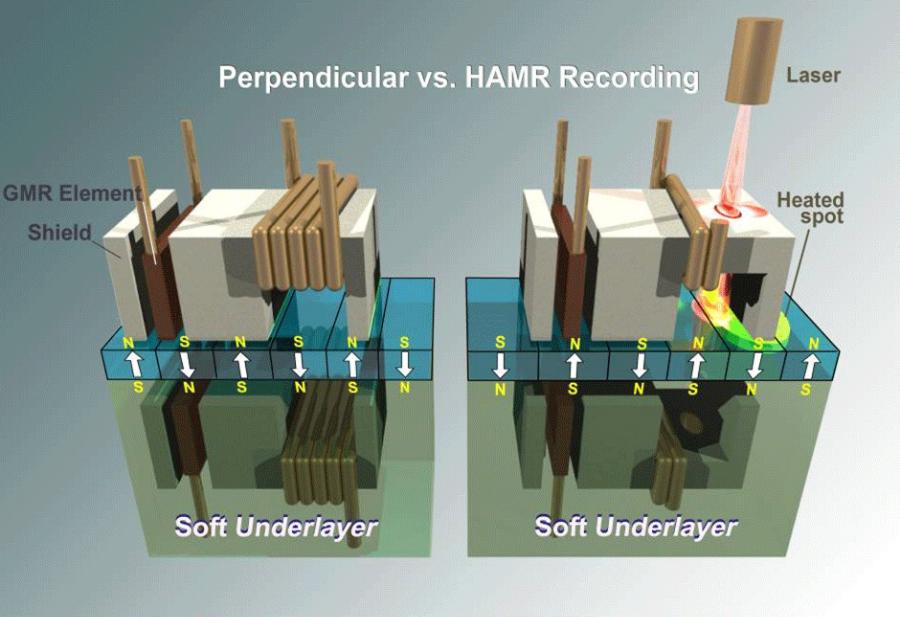