A look at the rear of the PCB prior to removal reveals, well, not much. 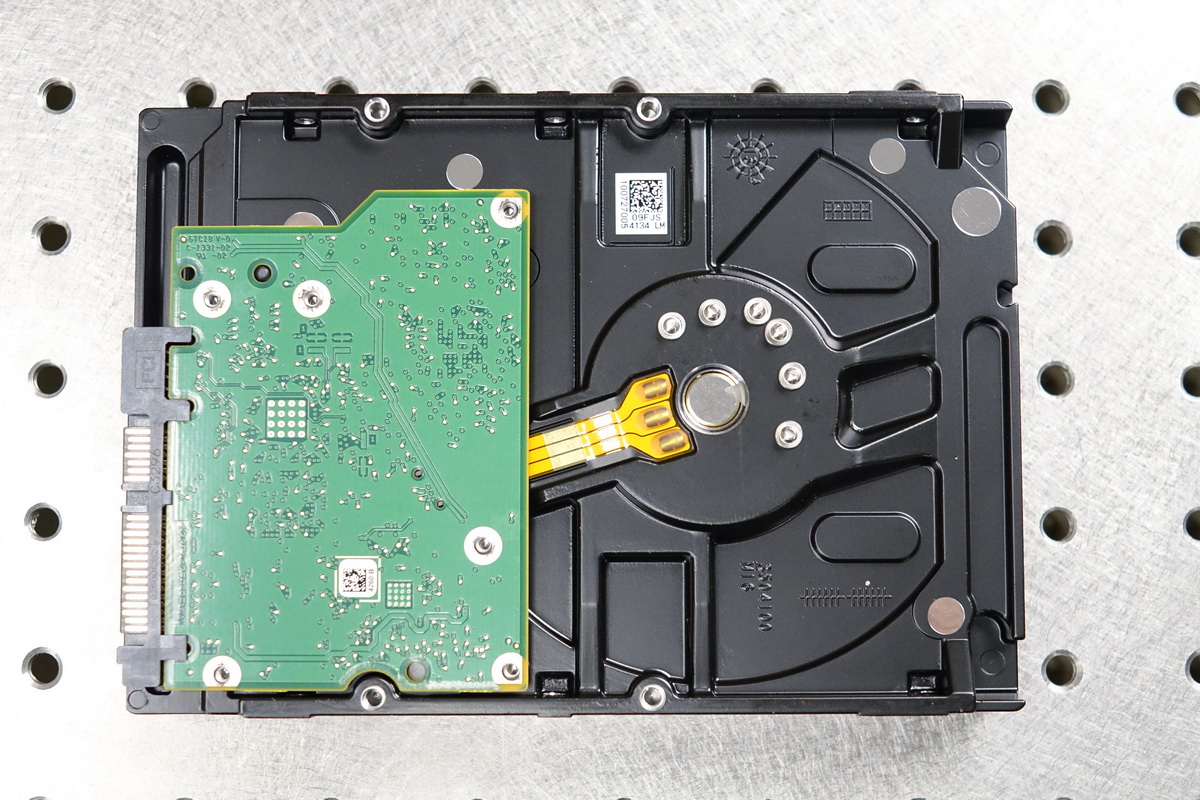 …but once we flip it over, we see the goodies: 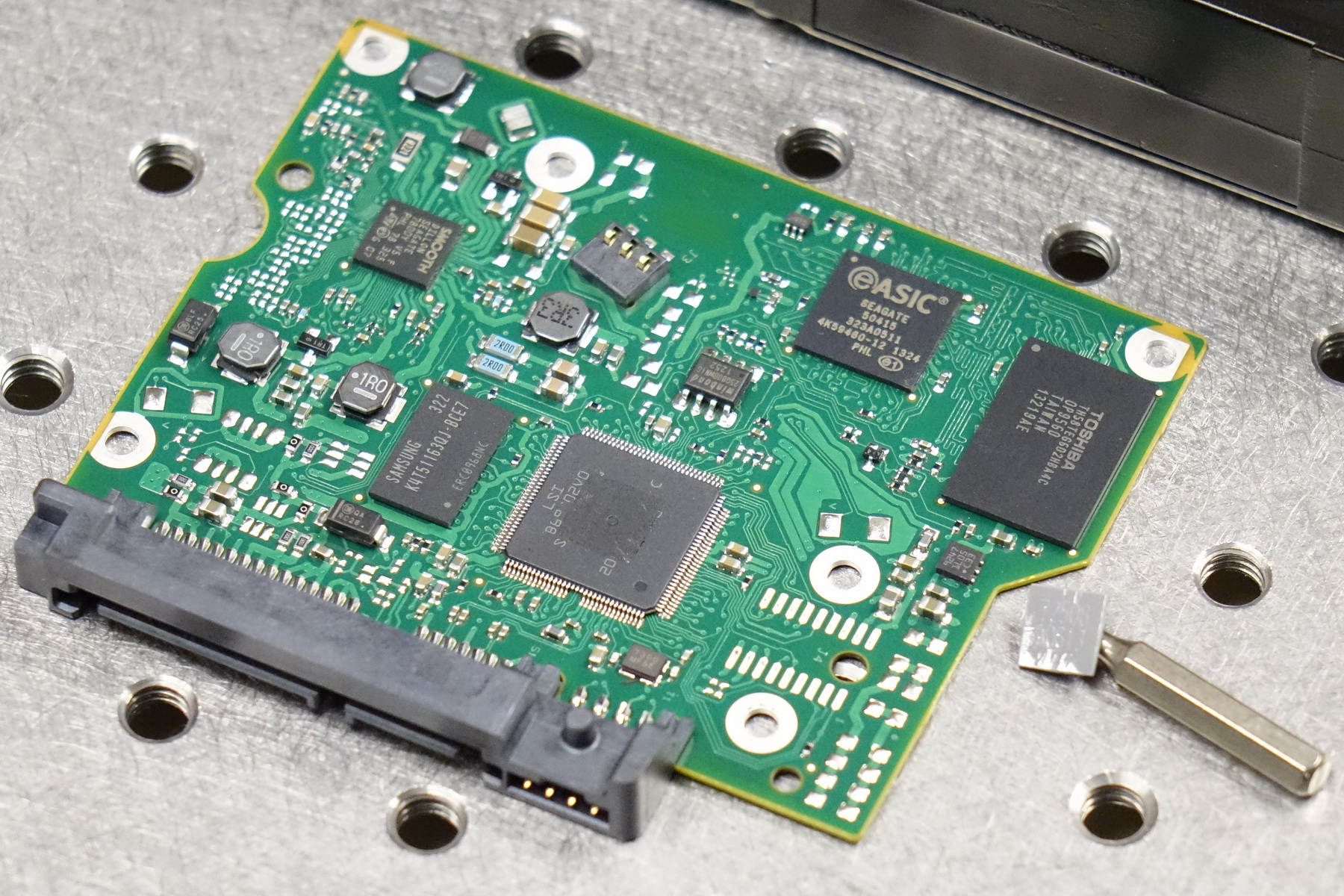 This is the usual fare for a Seagate SSHD, though it appears the cache is the same 8GB used in prior (much smaller capacity) models. This may become an issue when we throw more desktop style workloads at it, but we shall see.

Since hybrid caching changes performance dynamically as data is cached and purged, we will focus on the caching performance through repeated trace testing (PCMark) and the timing of system boot process. These tests give the best overall feel for how these drives will accelerate performance in the real world. Synthetic benches like IOMeter only test the HDD performance when they are run on a very smart portion of the drive, which is a bit too synthetic to be considered a real world application.

We will also do some sequential tests involving intermixed boots and game launches to see just how well such a small cache can keep up with loading different types of data.

Test beds for this piece are a mix of old and new, as the original SRT / SSHD data was obtained on an older test bed.