The stars of the show: a group of affordable GPU options

When preparing to build or upgrade a PC on any kind of a budget, how can you make sure you're extracting the highest performance per dollar from the parts you choose? Even if you do your homework comparing every combination of components is impossible. As system builders we always end up having to look at various benchmarks here and there and then ultimately make assumptions. It's the nature of choosing products within an industry that's completely congested at every price point.

Another problem is that lower-priced graphics cards are usually benchmarked on high-end test platforms with Core i7 processors – which is actually a necessary thing when you need to eliminate CPU bottlenecks from the mix when testing GPUs. So it seems like it might be valuable (and might help narrow buying choices down) if we could take a closer look at gaming performance from complete systems built with only budget parts, and see what these different combinations are capable of.

With this in mind I set out to see just how much it might take to reach acceptable gaming performance at 1080p (acceptable being 30 FPS+). I wanted to see where the real-world gaming bottlenecks might occur, and get a feel for the relationship between CPU and GPU performance. After all, if there was no difference in gaming performance between, say, a $40 and an $80 processor, why spend twice as much money? The same goes for graphics. We’re looking for “good enough” here, not “future-proof”.

If money was no object we’d all have the most amazing high-end parts, and play every game at ultra settings with hundreds of frames per second (well, except at 4K). Of course most of us have limits, but the time and skill required to assemble a system with as little cash as possible can result in something that's actually a lot more rewarding (and impressive) than just throwing a bunch of money at top-shelf components.

The theme of this article is good enough, as in, don't spend more than you have to. I don't want this to sound like a bad thing. And if along the way you discover a bargain, or a part that overperforms for the price, even better!

Yet Another AM1 Story?

We’ve been talking about the AMD AM1 platform since its introduction, and it makes a compelling case for a low cost gaming PC. With the “high-end” CPU in the lineup (the Athlon 5350) just $60 and motherboards in the $35 range, it makes sense to start here. (I actually began this project with the Sempron 3820 as well, but it just wasn’t enough for 1080p gaming by a long shot so the test results were quickly discarded.) But while the 5350 is an APU, I didn't end up testing it without a dedicated GPU. (Ok, I eventually did but it just can't handle 1080p.)

But this isn’t just a story about AM1 after all. Jumping right in here, let's look at the result of my research (and mounting credit card debt). All prices were accurate as I wrote this, but are naturally prone to fluctuate:

So there it is. I'm sure it won't please everyone, but there is enough variety in this list to support no less than 16 different combinations, and you'd better believe I ran each test on every one of those 16 system builds!

From the table above you'll see that I had four GPUs at my disposal, and from lowest to highest price they were:

The next step is where it gets tricky. I mean, it’s not difficult to grab some video cards in the $80 to $150 range, but there are so many different CPU/chipset options it could lead to total confusion and possible insanity. (Just me?) I persevered, however.

Besides the Athlon 5350 the other three CPU players in this review included AMD processors on the FM2 socket as well as an option from Intel. The other two processors from AMD were the Athlon X4 760K, a quad-core Richland part which is a great choice for gaming (but the most expensive in the group at $85), and the low-cost Athlon X2 340X (around $42) which is dual-core part that’s essentially a Trinity APU without the graphics. While this lower-end X2 part is not really intended for a gaming system, it does support a full x16 graphics connection, which is significant when we're comparing systems against the AM1 platform.

I wanted to see how much of a difference PCI Express bandwidth alone might have on GPU performance, and a CPU like the X2 340X doesn't have really much else going for it. It is a dual core part that runs at 3.2GHz with a Turbo boost to 3.6GHz, while the Athlon 5350 is a 2.05GHz quad-core part. I speculated that the AM1 CPU's reduced clock speeds and x4 limitation on the PCI Express bus might affect gaming on a discrete GPU more with the 5350, and give the X2 340X an advantage in performance even with two fewer cores. We’ll see if I was right.

Along with the AM1 and A88X platforms from AMD I tested systems based on an Intel H81 motherboard, powered by the lowest-cost LGA 1150 chipset. For these Intel builds I selected the Pentium G3220 processor, which has become a solid budget gaming choice for its good performance and low price tag at just under $60.

Next we'll look at the rest of the components.

Lenovo’s AMD powered all in one PC 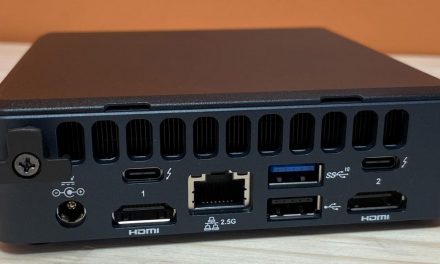 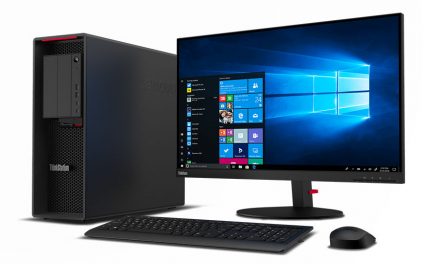