No doubt about it, the GTX Titan Z and the GTX 780 Ti share a lot in the style department, but the Titan Z has definitely put on some extra weight. 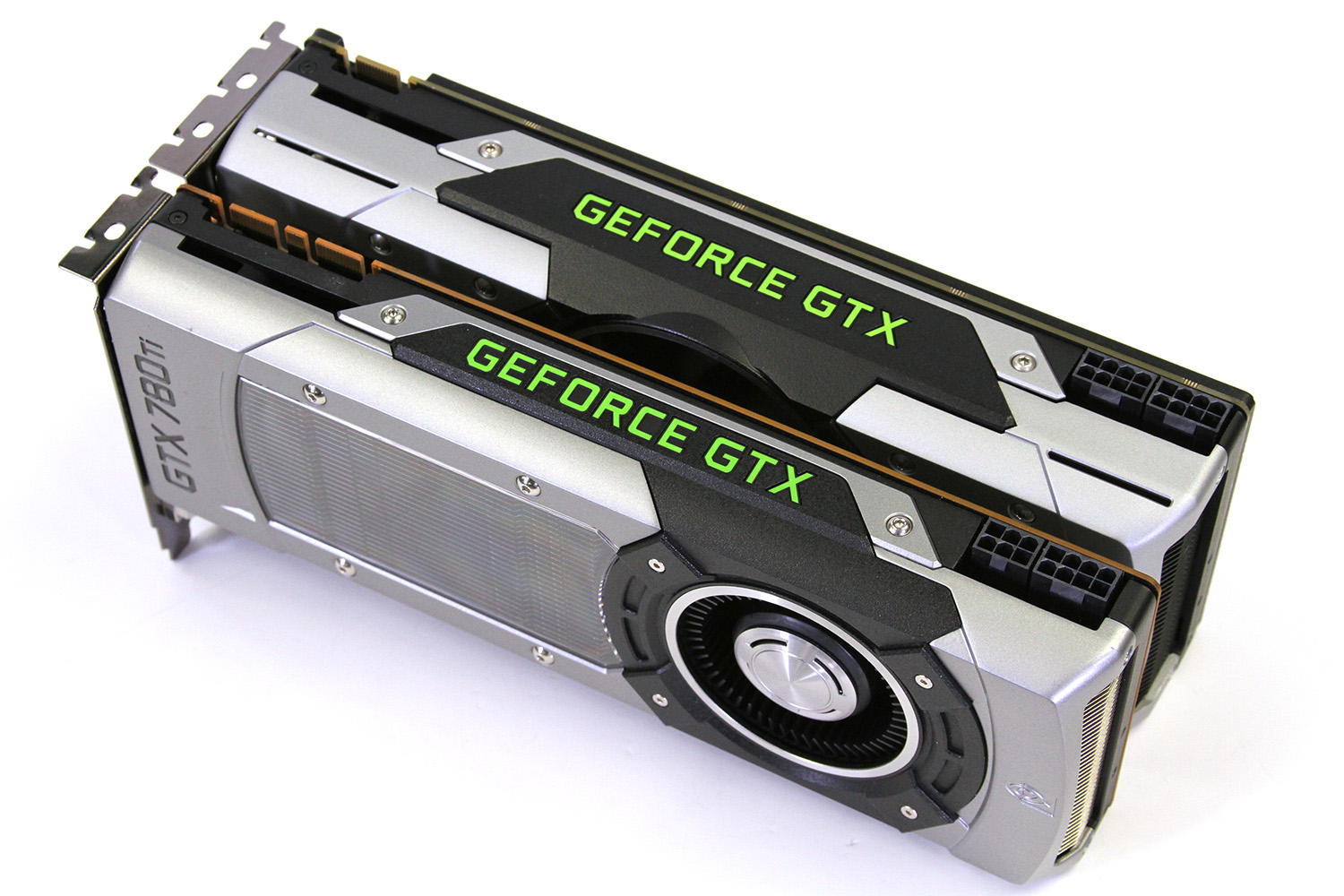 Both of the GeForce cards here in question come in at 11-in long and that will help them fit in smaller cases, but as I mentioned on the other page, most mini-ITX cases aren't going to have the space for a triple slot graphics card, regardless of how long it is. 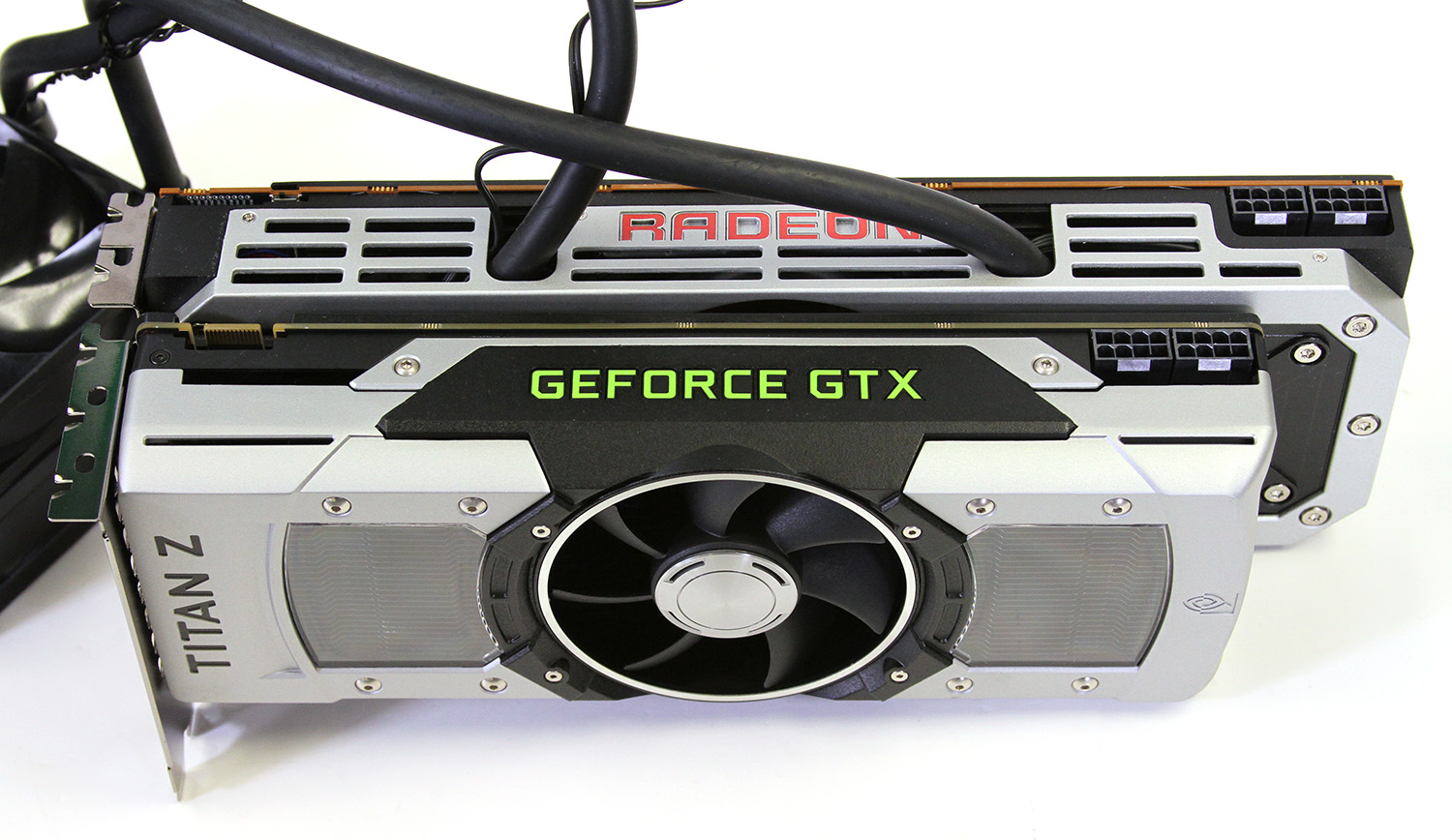 When sitting side by side with the Radeon R9 295X2, the GTX Titan Z is a very different graphics card. The 295X2 is 12.5" long, but only requires a two slot portion of your case/motherboard. Of course, there is that pesky radiator and fan that you have to mount SOMEWHERE in your case as well, also making it difficult for most mini-ITX chassis.

The Radeon R9 295X2 offers similarly impressive specs, but it is in fact exactly double that of the Radeon R9 290X. In fact, the 295X2 is able to run about 20 MHz faster than the single GPU option. That's what you can do when you go with water cooling and choose to...ignore the PCIe power limits. 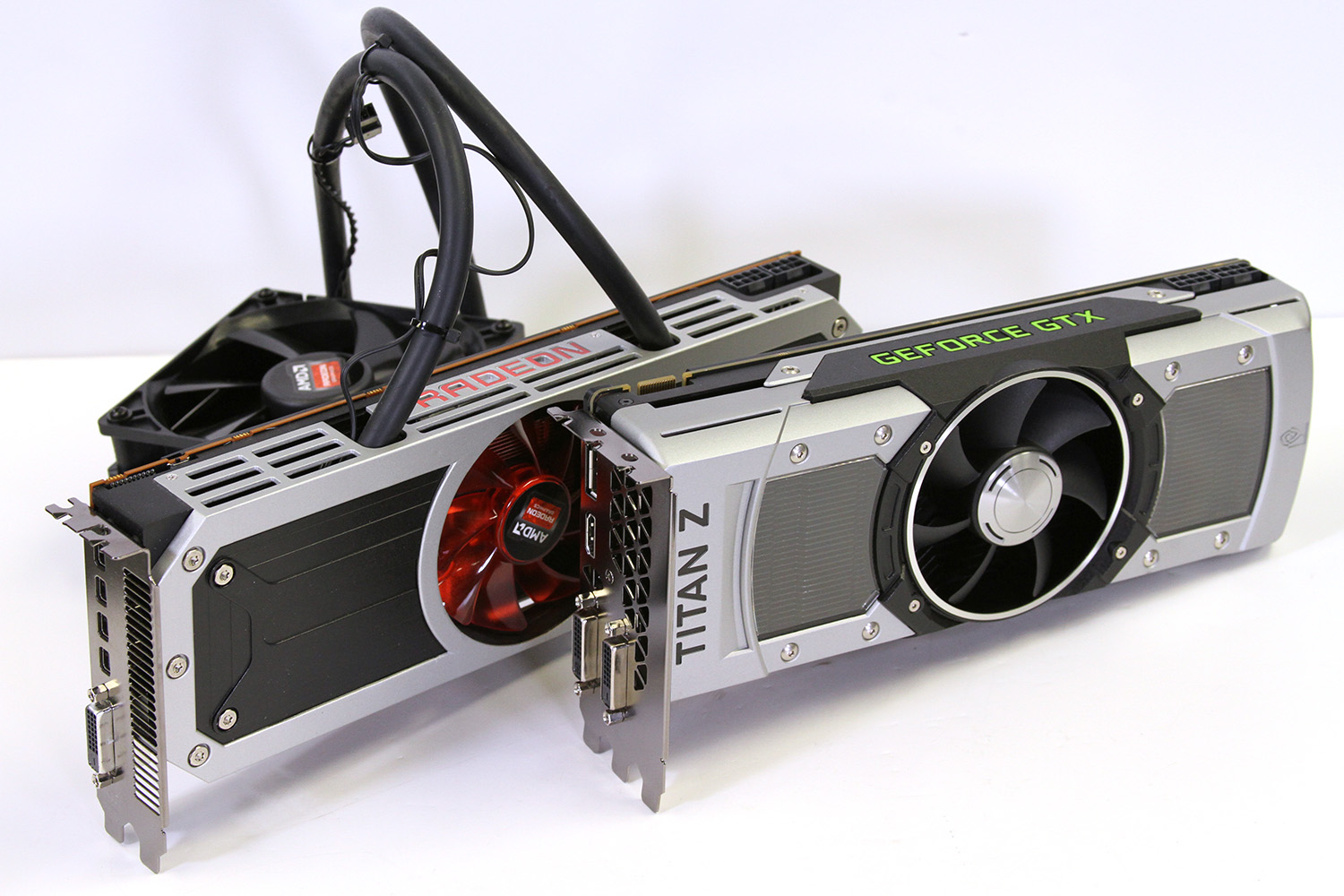 Look, isn't it nice when GPUs can be friendly, and we can all live in harmony? The GeForce GTX Titan Z and the Radeon R9 295X2 basically attempt to address the same market, those hungry for dual-GPU goodness, but with very different methodology. 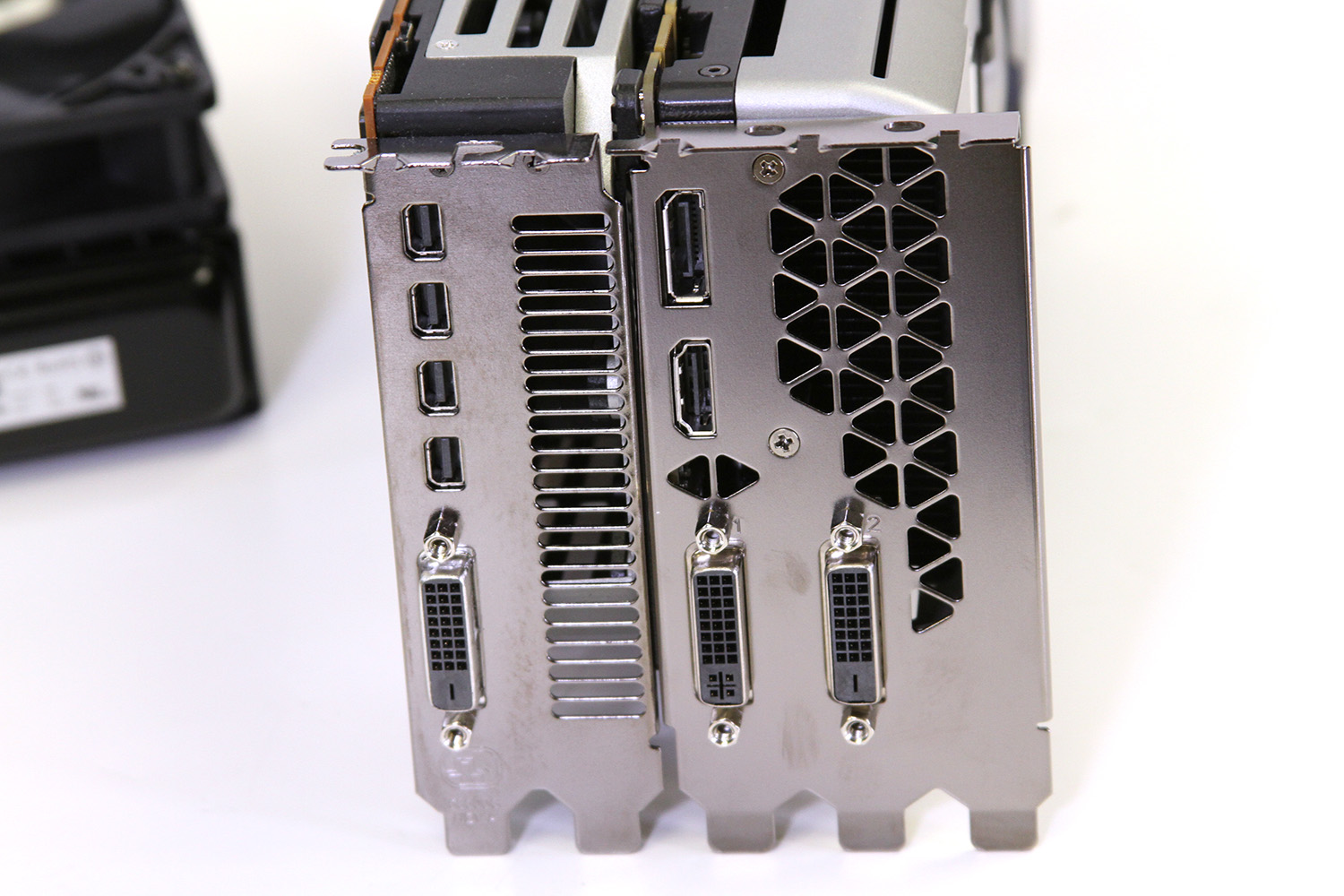 The R9 295X2 has a very different output configuration as well, with support for 5 total displays including four mini DisplayPort connections. That does mean the Radeon R9 295X2 will support triple 4K monitors already, while the GeForce option does not. 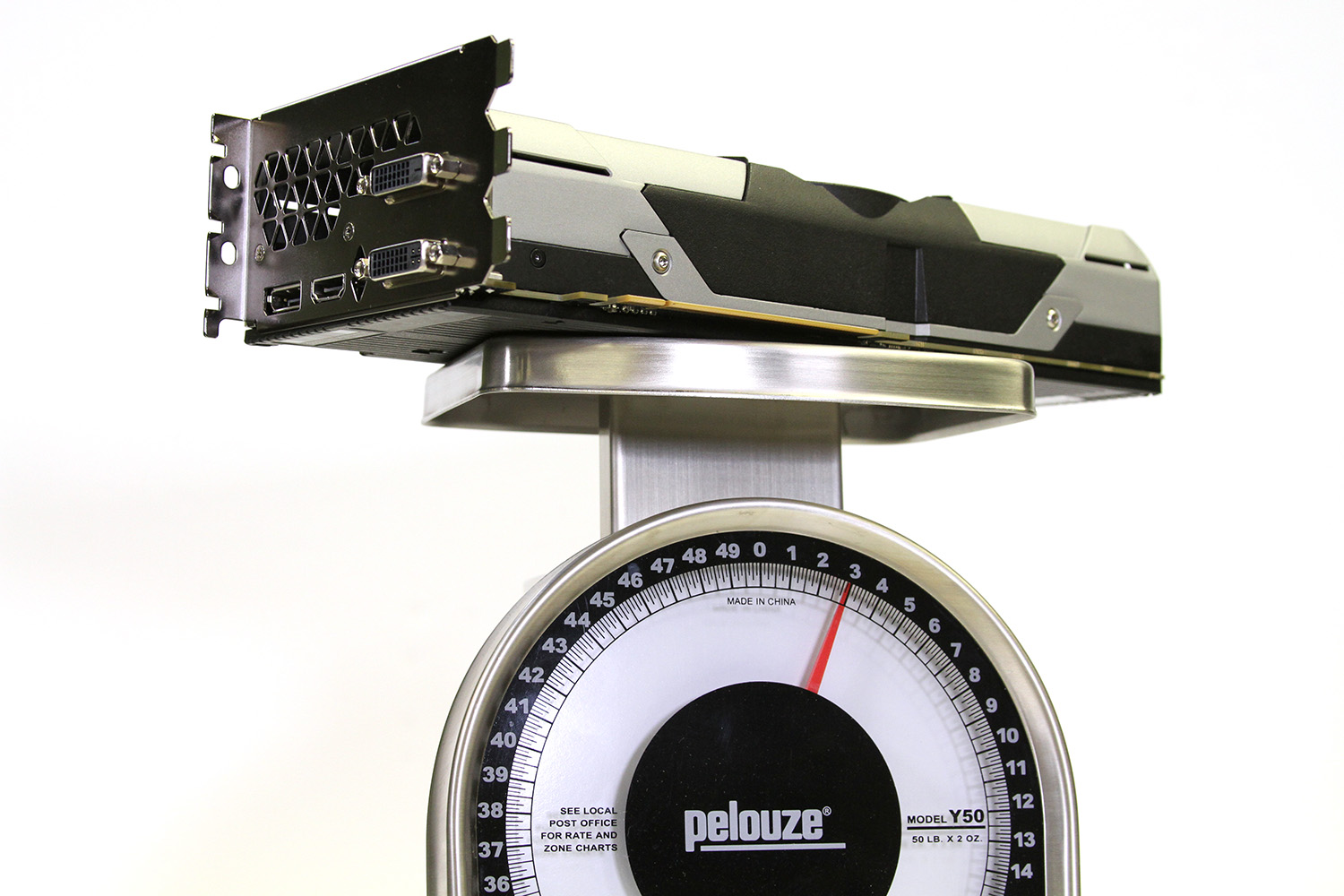 Since we brought up weight before, here is a funny little picture that shows the Titan Z on a shipping scale, tipping at just about 3 pounds. 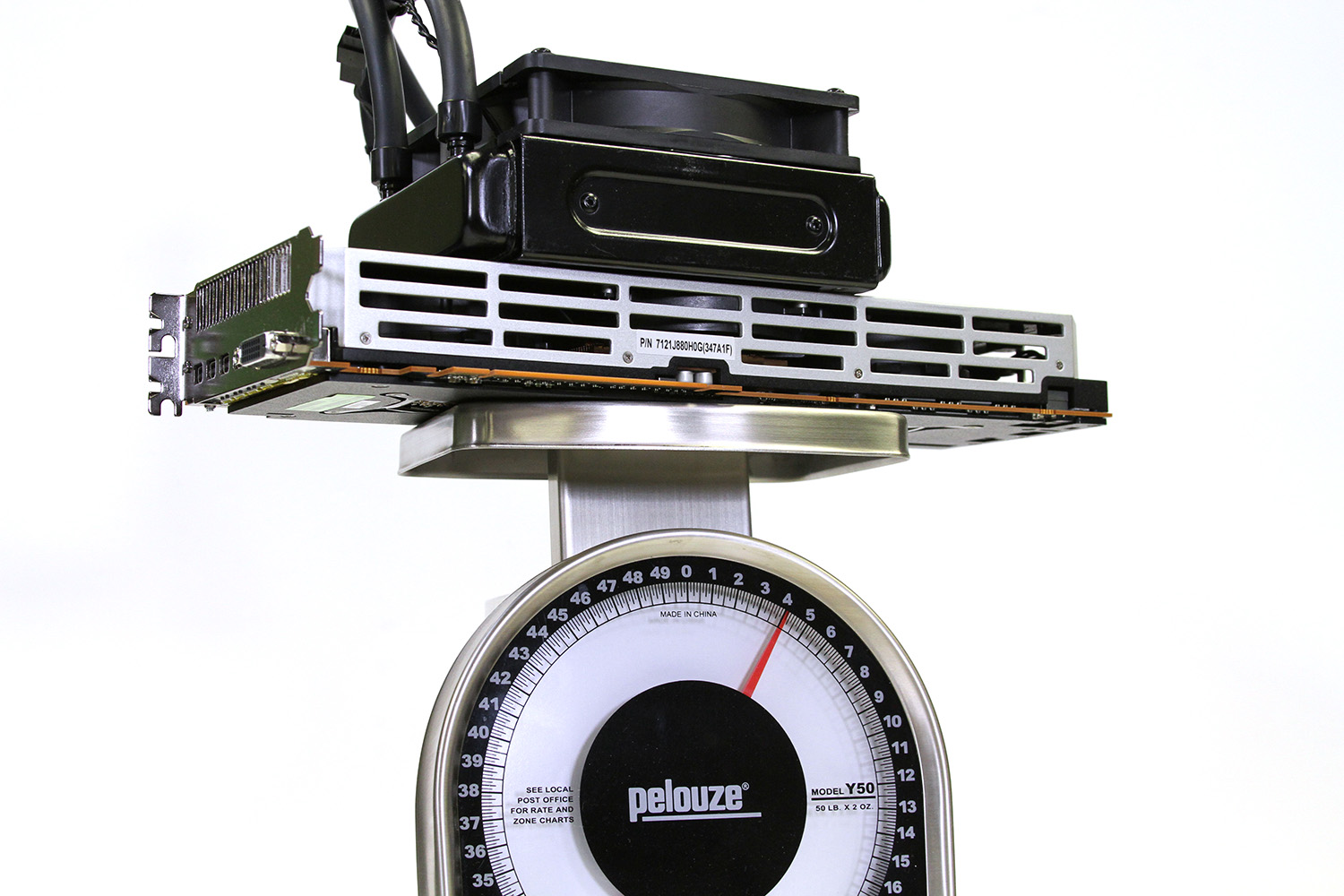 However, the Radeon R9 295X2, with its water cooler as well, comes in even heavier at 4 pounds! For comparison, the GeForce GTX 780 Ti weighs in at just over 2 pounds and then for a pair of them in SLI, just about 4 pounds.