Watch_Dogs; who watches the optimized code? 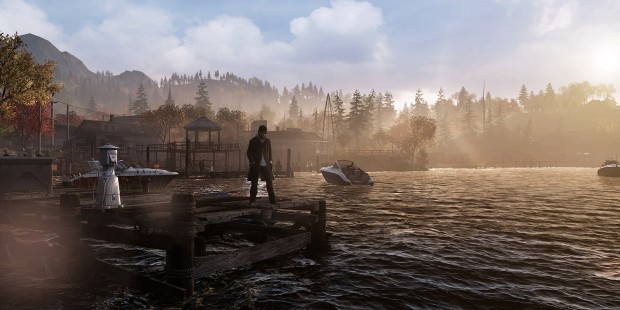 Rock, Paper, SHOTGUN have posted UbiSoft's reasoning behind the disabled graphics options on Watch_Dogs in this article.  The explanation they chose is a little bit disingenuous as performance issues are likely not the main reason the so called "E3 enhancements" were removed, though their point about Bokeh sometimes creating issues in seeing the environment around is well founded.  After all how can you have a long distance gun battle against distant blurry figures?  The more likely reasoning revolves around a standard practice for AAA games when showing off a demo at a show like E3, they polished the engine specifically for that specific in game demo.  By cherry picking one or more scenes and spending extra programming time to make it as pretty as possible they raise buzz about their unreleased game and hope to accrue extra pre-orders.  Unfortunately this rather dishonest practice has become a tradition for shows like E3, but on the plus side gives modders extra things to play with!

If you would rather watch frogs; or even better join them, make sure to check up on what they are doing tonight and Friday.

"Good thing: Watch_Dogs on PC can look nearly as good as the (in)famous 2012 E3 demo that started at all, and it’s not even that hard to do thanks to some hidden graphics files that modders dug up. Bad thing: they were hidden. That certainly doesn’t look good. Ubisoft has an explanation, though."