Listening tests using the selected audio tracks were performed with a Razer Carcharias audio headset as well as a 5.1 speaker setup to exercise the subsystem's audio fidelity. There were no distortion issues using either setup with sound reproduction coming though clearly.

Even though the recorded audio remained distortion-free at all levels, audio pickup came through muted until recording volume was set to a minimum of 75 and Microphone Boost was enabled with a +30dB setting.

To validate that the board’s device ports were functioning correctly, we connected an OCZ Vertex 3 90GB SATA III SSD to the system and ran the ATTO Disk Benchmark against the drive. The SSD was directly connected to the native SATA 3 ports. NGFF port testing was performed using an M.2 to SATA III device adapter mPCIe card. ATTO was configured to test against transfer sizes from 0.5 to 8192 KB with Total Length set to 512 MB and Queue Depth set to 10. The SSD selected for testing has a maximum read throughput of 550 MB/s and a write throughput of 500 MB/s on a SATA III controller. The drive tests were repeated three times with the highest repeatable read and write speeds recorded. 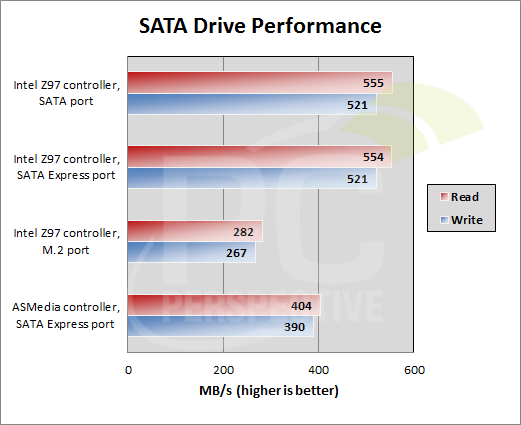 As expected, the SSD performance was better on the Intel-controlled ports in comparison to the ASMedia-controlled ports with one exception – the Intel Z97-based M.2 port. The M.2 drive performance topped out at SATA II speeds with the OCZ drive. However, the transfer speed increased dramatically with another SSD drive plugged into the M.2 port adapter, giving credence to the theory that the M.2 controller may have compatibility issues with older Sandforce 2281-based drives. In the tests on the Intel Z97-controlled SATA and SATA Express ports, SSD performance pushed the performance limits of the drive. The ASMedia controller performance barely broke 400MB/s. 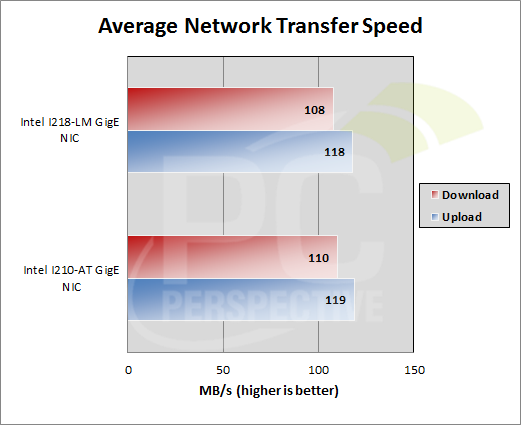 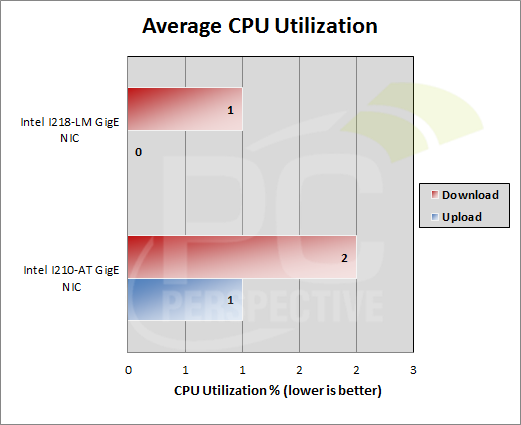 Both Intel-controlled ports performed well with transfer rates averaging almost 120MB/s during upload and lagging by 10MB/s in download testing. The CPU utilization was the lowest I've seen from a network controller yet, with all averages and even spike load well below 5%.