Sure, this is a little late. Honestly, when I first heard the announcement, I did not see much news in it. The slide from the keynote (below) showed four points: Tesselation, Geometry Shaders, Computer [sic] Shaders, and ASTC Texture Compression. Honestly, I thought tesselation and geometry shaders were part of the OpenGL ES 3.1 spec, like compute shaders. This led to my immediate reaction: "Oh cool. They implemented OpenGL ES 3.1. Nice. Not worth a news post."

Apparently, they were not part of the ES 3.1 spec (although compute shaders are). My mistake. It turns out that Google is cooking their their own vendor-specific extensions. This is quite interesting, as it adds functionality to the API without the developer needing to target a specific GPU vendor (INTEL, NV, ATI, AMD), waiting for approval from the Architecture Review Board (ARB), or using multi-vendor extensions (EXT). In other words, it sounds like developers can target Google's vendor without knowing the actual hardware.

Hiding the GPU vendor from the developer is not the only reason for Google to host their own vendor extension. The added features are mostly from full OpenGL. This makes sense, because it was announced with NVIDIA and their Tegra K1, Kepler-based SoC. Full OpenGL compatibility was NVIDIA's selling point for the K1, due to its heritage as a desktop GPU. But, instead of requiring apps to be programmed with full OpenGL in mind, Google's extension pushes it to OpenGL ES 3.1. If the developer wants to dip their toe into OpenGL, then they could add a few Android Extension Pack features to their existing ES engine.

The last feature, ASTC Texture Compression, was an interesting one. Apparently the Khronos Group, owners of OpenGL, were looking for a new generation of texture compression technologies. NVIDIA suggested their ZIL technology. ARM and AMD also proposed "Adaptive Scalable Texture Compression". ARM and AMD won, although the Khronos Group stated that the collaboration between ARM and NVIDIA made both proposals better than either in isolation.

Android Extension Pack is set to launch with "Android L". The next release of Android is not currently associated with a snack food. If I was their marketer, I would block out the next three versions as 5.x, and name them (L)emon, then (M)eringue, and finally (P)ie.

Would I do anything with the two skipped letters before pie? (N)(O). 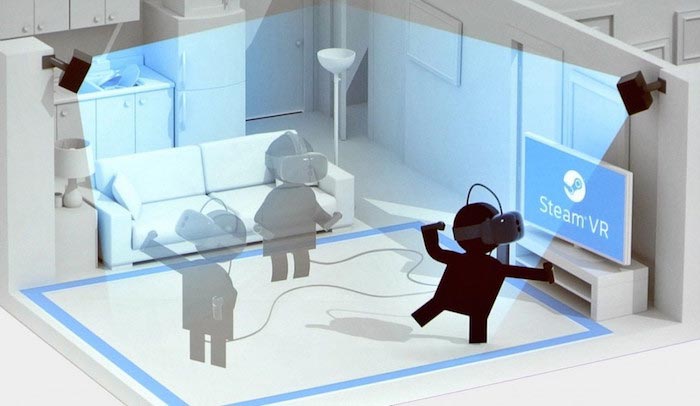 Learn about the tech in Vive’s Lighthouse