In Lenovo’s business-grade Yoga iteration we find an unlikely victor.

The next candidate in our barrage of ThinkPad reviews is the ThinkPad Yoga, which, at first glance, might seem a little bit redundant.  After all, we’ve already got three current-gen Yoga models to choose from between the Yoga 2 11- and 13-inch iterations and the Yoga 2 Pro top-end selection.  What could possibly be missing?

Well, in fact, as is often the case when choosing between well-conceived notebook models, it isn’t so much about what’s missing as it is priorities.  Whereas the consumer-grade Yoga models all place portability, slimness, and aesthetics in the highest regard, the ThinkPad Yoga subscribes to a much more practical business-oriented approach, which (nearly) always instead favors function over form.  It’s a conversation we’ve had here at PC Perspective a thousand times before, but yet again, it is the core ThinkPad philosophy which separates the ThinkPad Yoga from other notebooks of its type.  Suffice it to say, in fact, that really the only reason to think of it as a Yoga at all is the unique hinge design and affiliated notebook/tablet convertibility; excepting that, this seems much closer to an X240 than anything in Lenovo’s current consumer-grade lineup.  And carrying a currently-configurable street price of around $1,595 currently, it’s positioned as such, too. 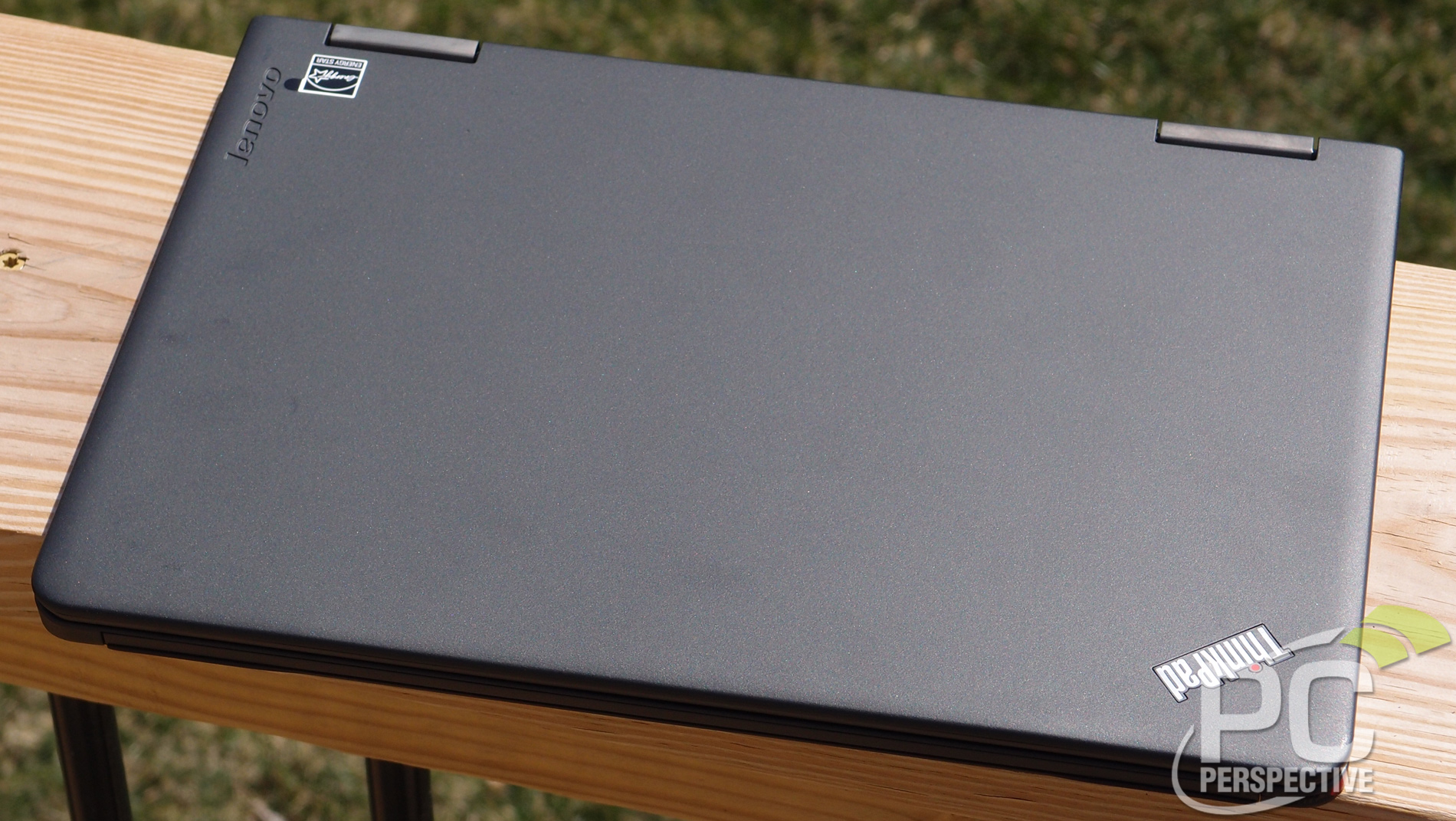 But it isn’t beyond reproach.  Some of the same questionable decisions regarding design changes which we’ve covered in our recent ThinkPad reviews still apply to the Yoga.  For instance, the much-maligned clickpad is back, bringing with it vivid nightmares of pointer jumpiness and click fatigue that were easily the biggest complaint about the T440s and X240 we recently reviewed.  The big question today is whether these criticisms are impactful enough to disqualify the ThinkPad Yoga as a rational alternative to other ThinkPad convertibles and the consumer-grade Yoga models.  It’s a tall order, so let’s tackle it.

First up, the specs: 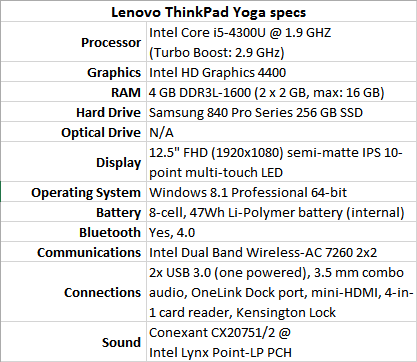 While most of this list is pretty conventional, the astute might have already picked out one particular item which tops the X240 we recently reviewed: a possible 16 GB of dual-channel RAM.  The X240 was limited to just 8 GB of single-channel memory thanks to a mere single SODIMM slot.  The ThinkPad Yoga also boasts a 1080p screen with a Wacom digitizer pen—something which is clearly superior to our X240 review unit.  Sadly missing, however, are the integrated Gigabit Ethernet port and the VGA port—and the mini DisplayPort has been replaced by a mini-HDMI, which ultimately is decidedly inferior. 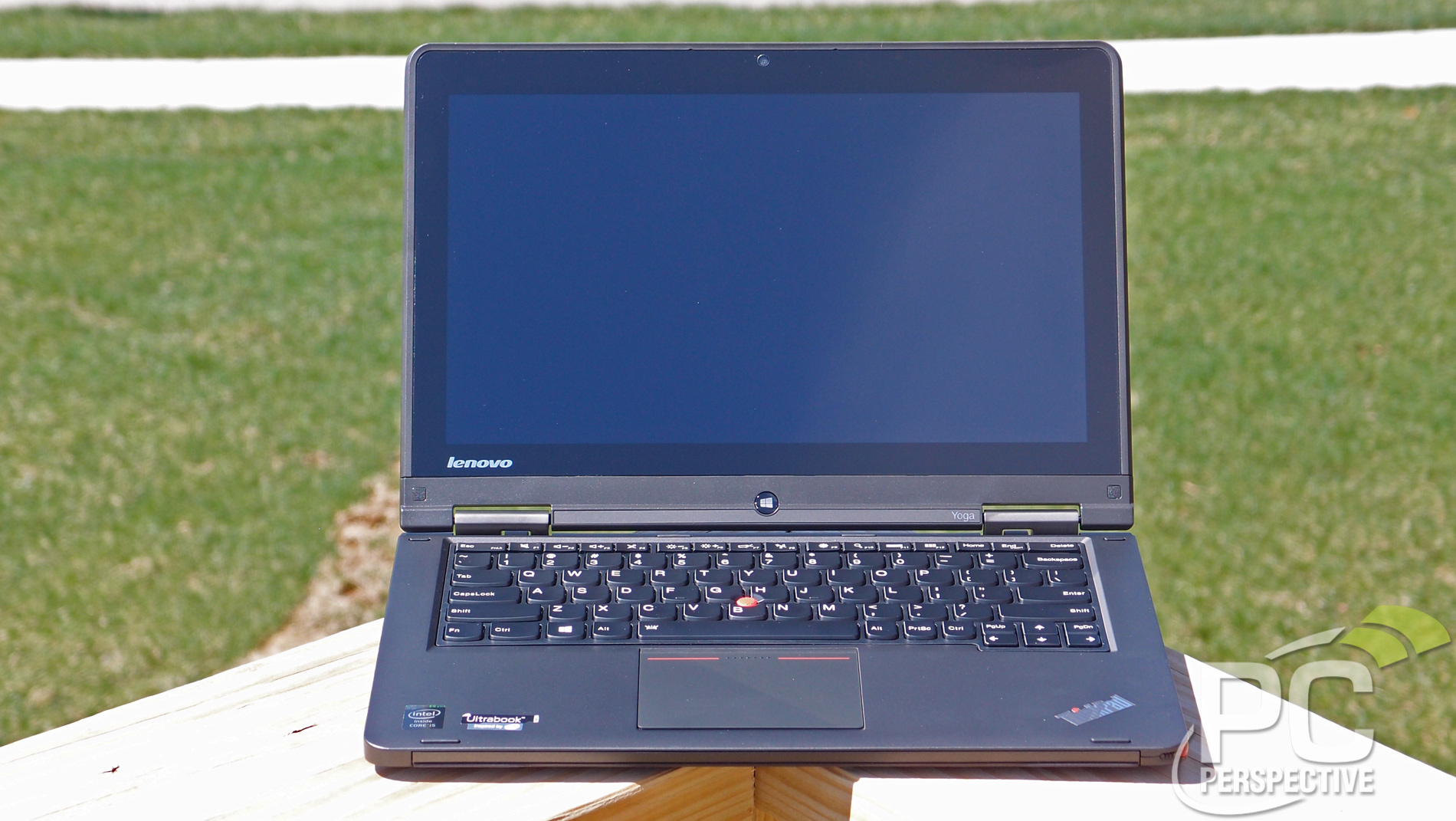 For starters, the Yoga’s case feels a lot closer to the X240’s than anything in the Yoga lineup, and that’s thanks to the predominantly metal hybrid construction (Magnesium and Aluminum + Polyphenylene sulfide to be specific); in contrast, previous Yoga models have all been almost entirely comprised of plastic.  The weight is also quite a bit higher, at 3.55 lbs. versus the Yoga 2 Pro’s 3.06 lbs (nearly a half pound heavier).  But that heft feels warranted when faced with the thicker display, larger hinges, and—again—the aforementioned metal.  In fact, the ThinkPad Yoga feels even sturdier overall than our X240 ever did. 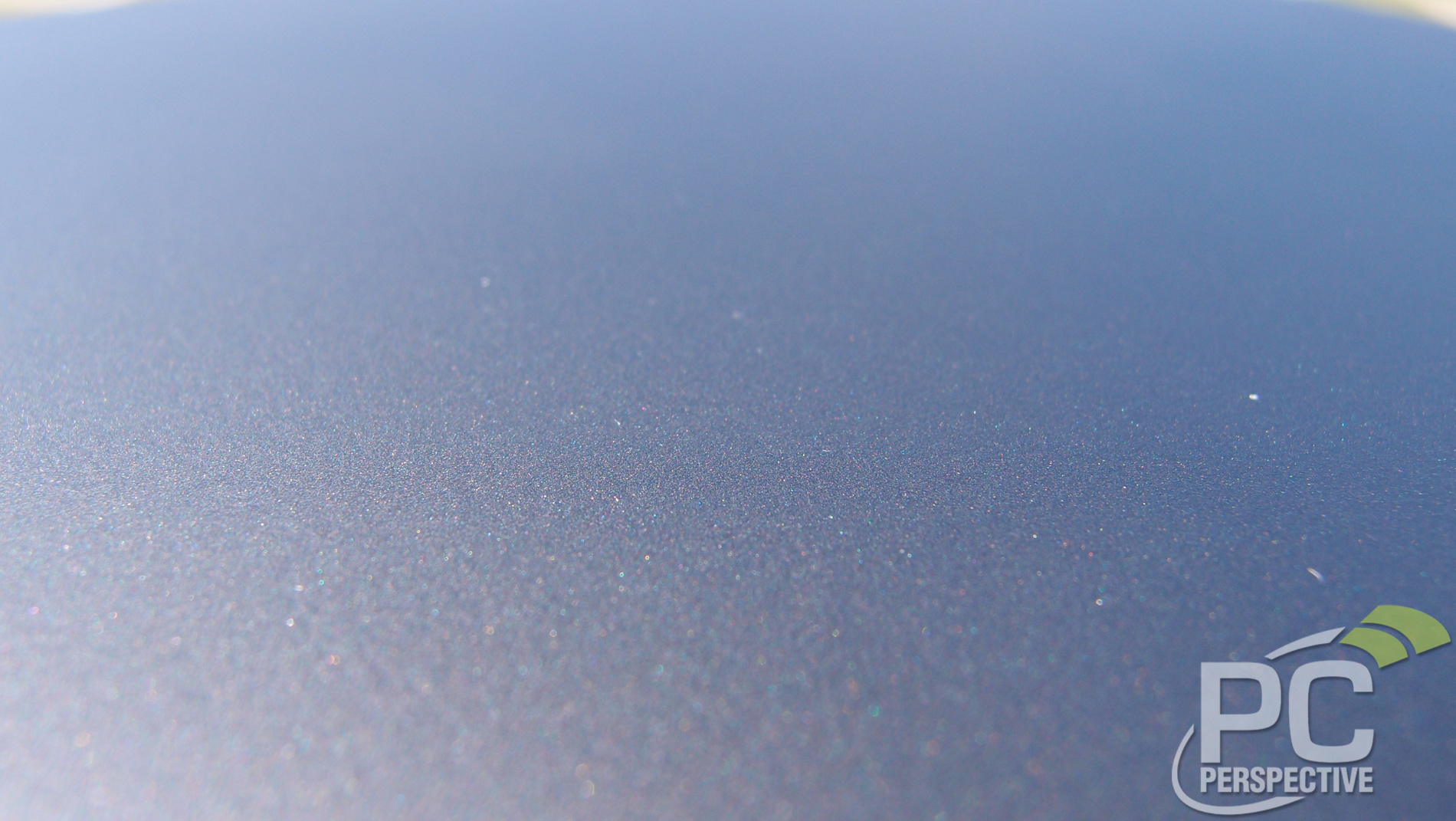 From a purely aesthetic standpoint, the philosophical differences are immediately clear: the textured palmrest has been replaced by a rigid, matte black metal that is cool to the touch—the same material which also lines the display lid—and various other functional additions have found their way into the design, such as four rubber pads around the perimeter of the top of the base unit to help stabilize the unit while it’s resting in Stand Mode or flat on a table as a tablet.  Meanwhile, the display is notably less reflective, but the bezel overall looks huge in context with the screen size (though you’ll get used to this quickly).  It’s ultimately just a lot less svelte and a whole lot more business-like, which is a plus in our book, as we’d always prefer form to follow function. 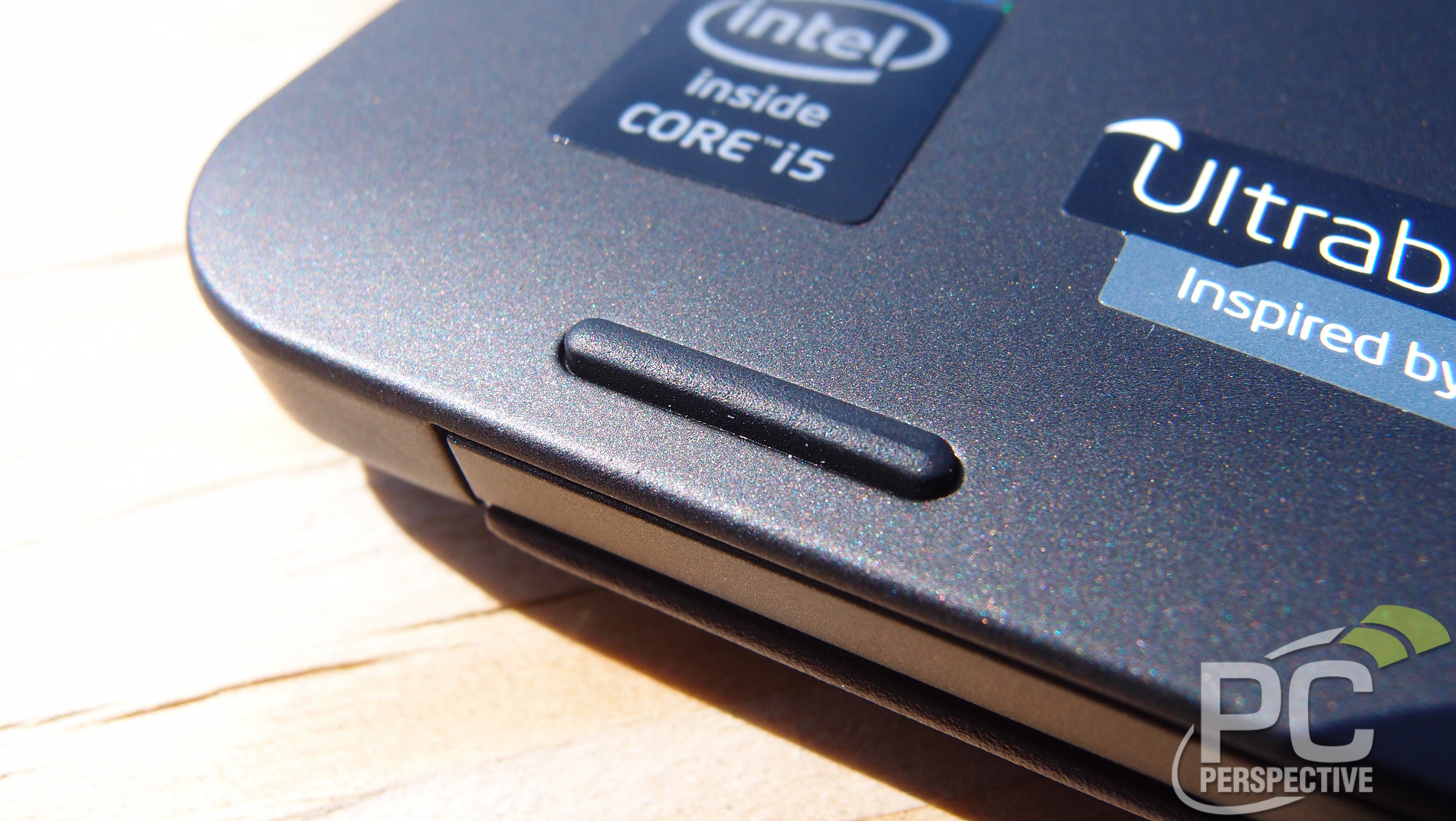 Torsion resistance on the display lid is good, with heavy twisting required to produce any sort of LCD aberrations.  Although the hinges are enormous, they still allow the display to wobble a bit when tapped near the top, but thankfully, this is less of a concern than it was with previous Yoga models due to the semi-matte panel coating.  There’s very little flex overall in the casing, and the weaknesses we found on our X240 review unit near the touchpad and at the top of the keyboard are less pronounced on the ThinkPad Yoga. 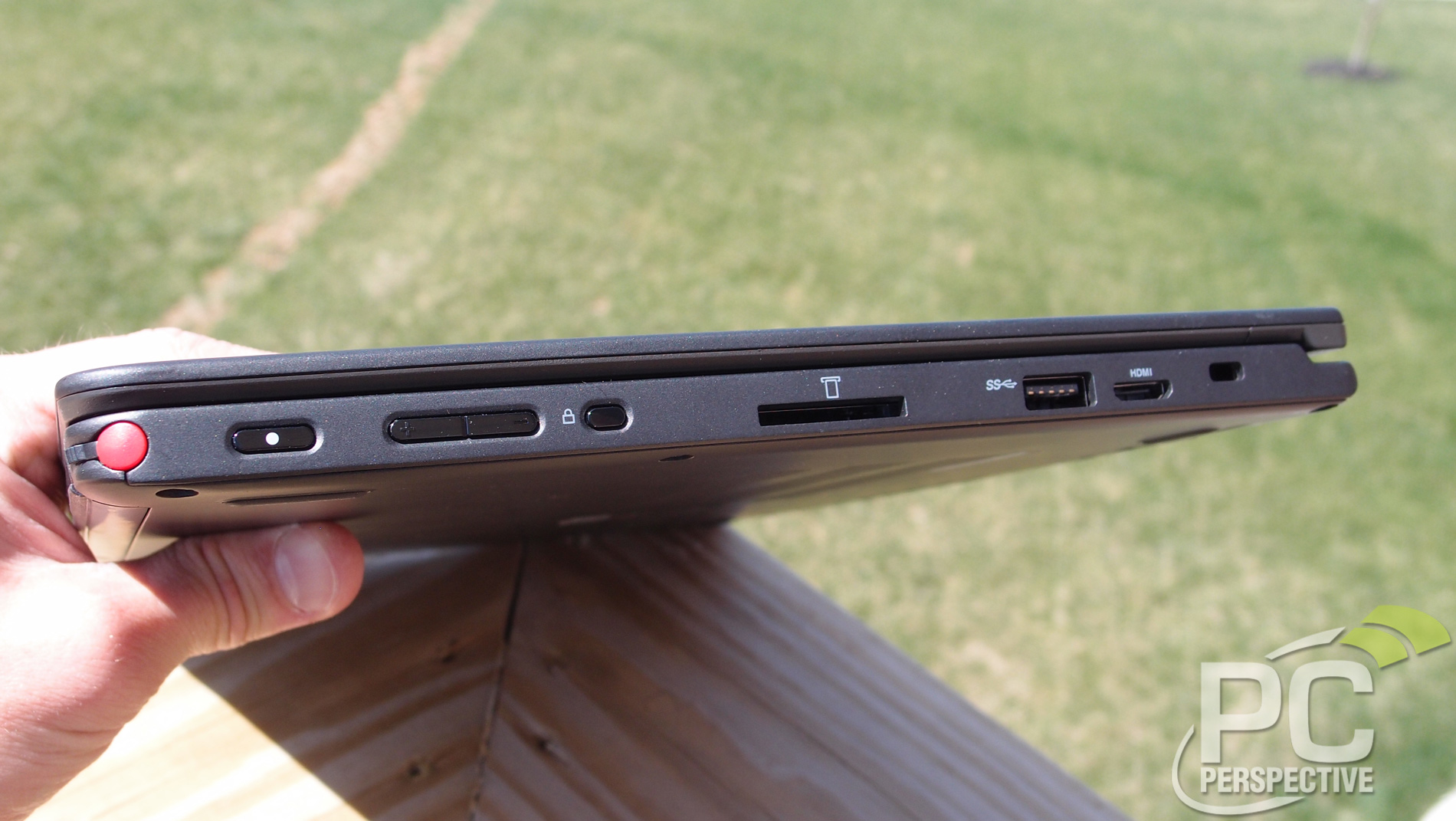 As for ports, the ThinkPad Yoga is almost identical to the Yoga 2 Pro; it simply exchanges one USB 2.0 port for USB 3.0, and adds OneLink docking station compatibility alongside the charging port.  As compared to the X240, on the other hand, it’s patently inferior, lacking the X240’s VGA port and Ethernet (a pretty critical omission for some business users), as well as swapping the mini-DisplayPort for a mini-HDMI.  That’s a bummer also considering the versatility of DisplayPort as compared to HDMI, the latter of which can only be converted to DVI and which can only power a single external screen.  It’s too bad, because a machine with all of these items in this size range would be a killer offering for business users. 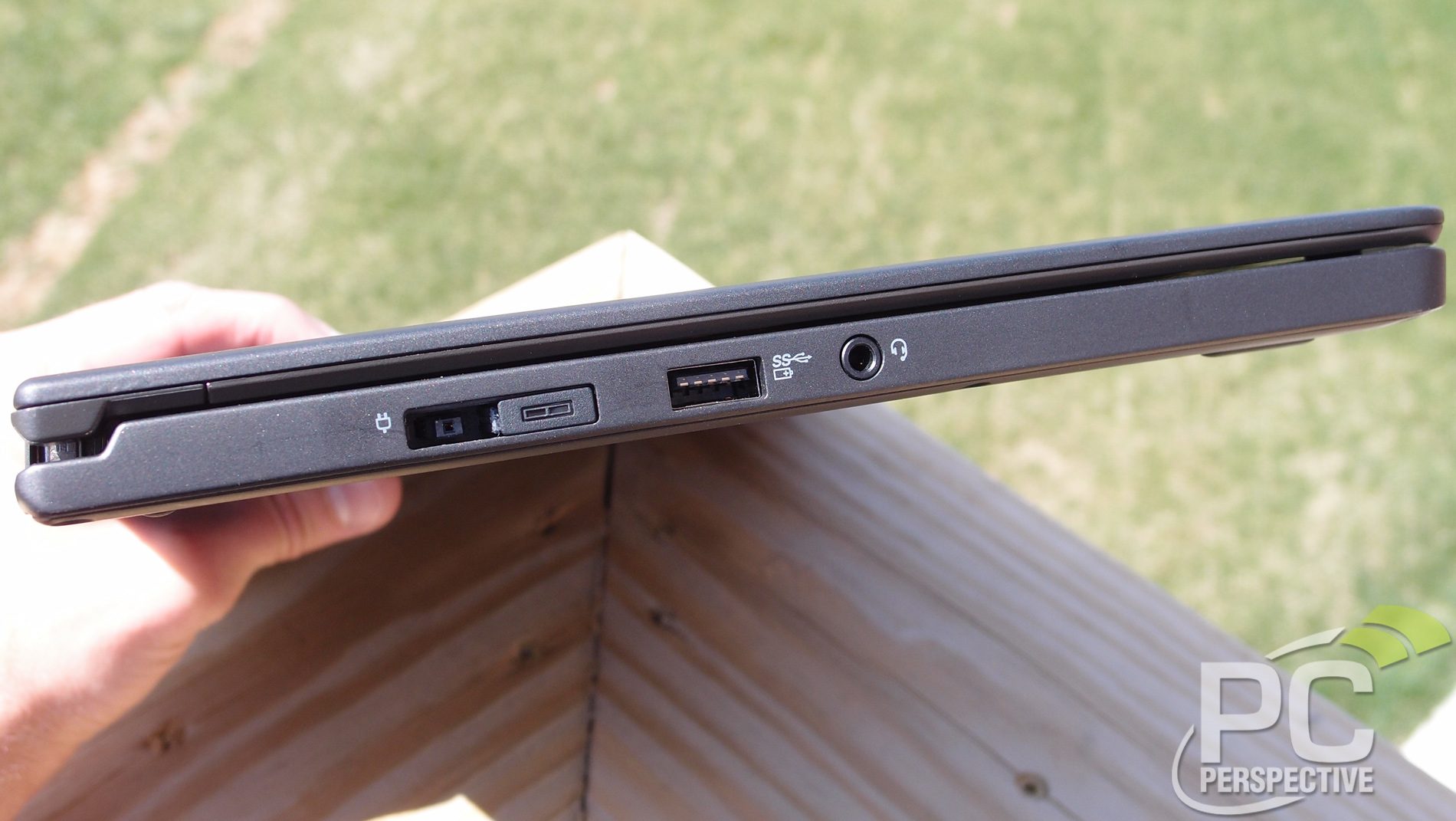 Lastly, maintenance is mostly in line with that of the X240, with nearly every major part accessible behind the rear panel with the exception of the keyboard (which unfortunately requires removal of the system board to access).  The Yoga 2 Pro, meanwhile, is nearly as easy to maintain, with the single caveat being Lenovo’s use of Torx screws in contrast with the ThinkPad Yoga’s standard Phillips-head.