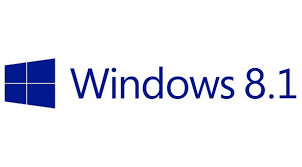 Windows 8 and 8.1, non-update 1 version, are already essentially EoL with only limited support offered those rare businesses which deployed the new version of Windows.  If the rumours that The Inquirer have been hearing are correct then Service Pack Update 2 will be arrive on August 12th and herald the end of Windows 8.1 updates a mere two years after release.  Win 8.1 U2 will probably be with us for a while, the release of Win 9 is rumoured to be about 12 months away still and the Metro version is likely to appear on mobile devices for a while now.  It is extremely unlikely that the Start Menu will be included in this update but for those who are running Win 8.1 U1 it is worth considering turning off Automatic Updates if you are worried about encountering boot issues similar to what happened during the initial push of 8.1 U1.

"MICROSOFT WILL RELEASE the second and final update for Windows 8.1 as part of Patch Tuesday in August, rumours have claimed."

Getting a look behind the scenes of DX10 development