This is only the second FM2+ board that I have reviewed, so the results will be compared using only the A10-7850K and the Gigabyte G1.Sniper.A88X.  I am still using Win7 64 bit for these tests, but in the near future I will be transitioning my testing environment to Win 8.1.  Differences in performance between the two operating systems should not impact the overall performance of these boards as compared to each other. 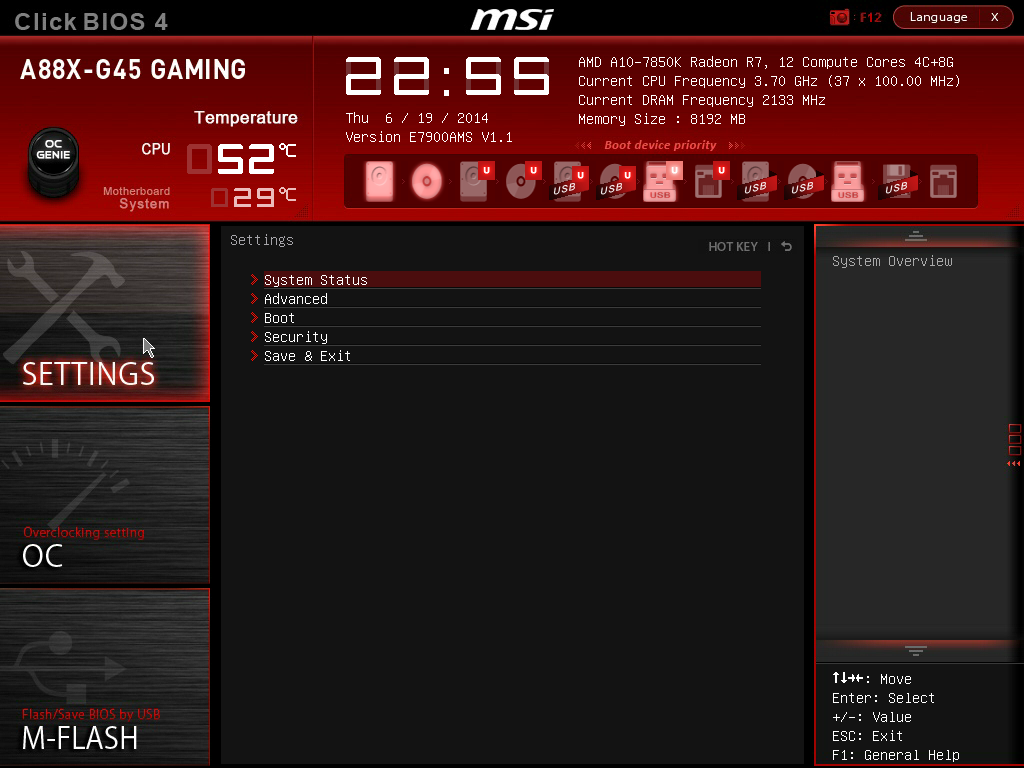 Navigating the UEFI is easy with a keyboard and mouse.  Every major setting can be found under… settings.  Overclocking is done through, you guessed it, the OC Tab!

I previously covered running the A10-7850K fully enabled with a standalone NVIDIA based video card, but those results were not included here.  If you are curious how that combination works, then look it up here.  In my testing the 7850K has no problem running with a standalone video card, though users should be careful with the order of installation and firmware settings. 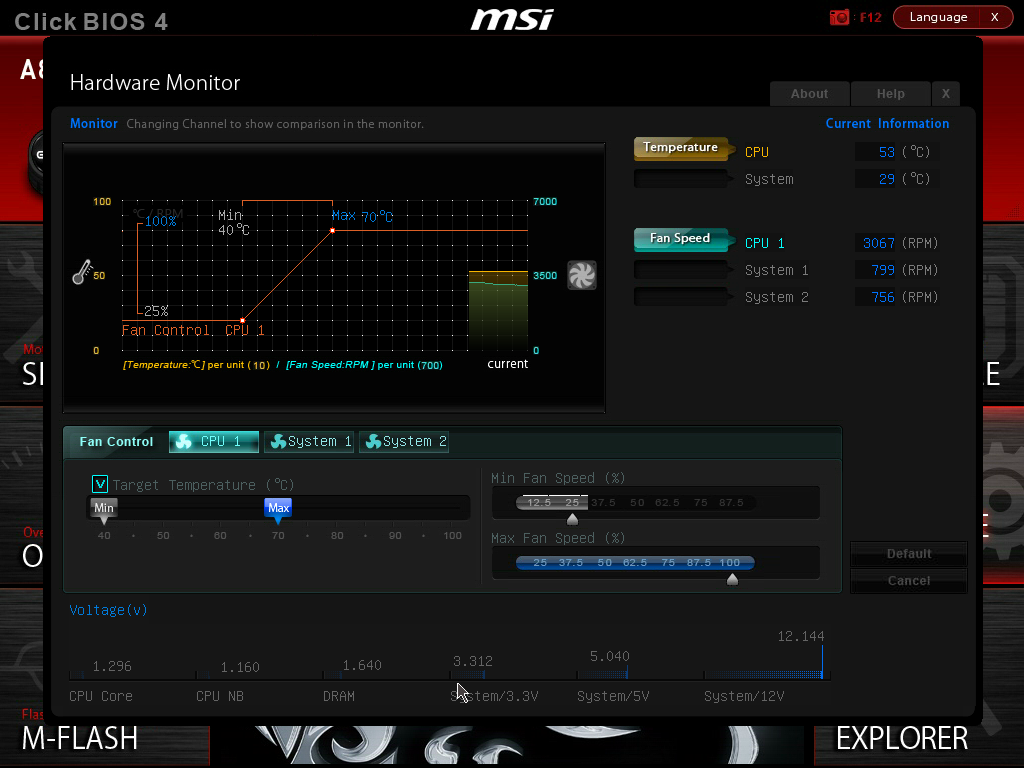 Programmable fan control is a must for power users.  MSI offers such support in the UEFI. 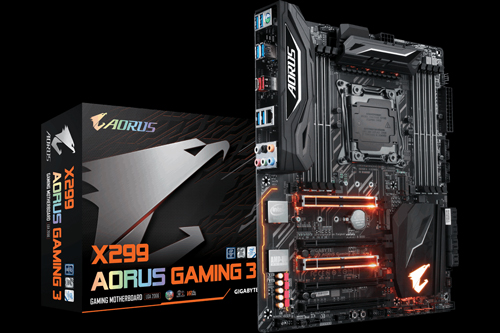