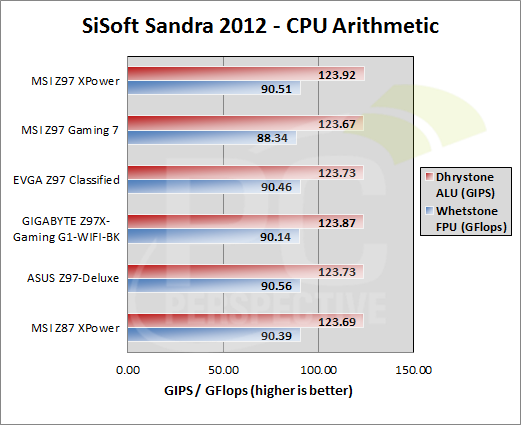 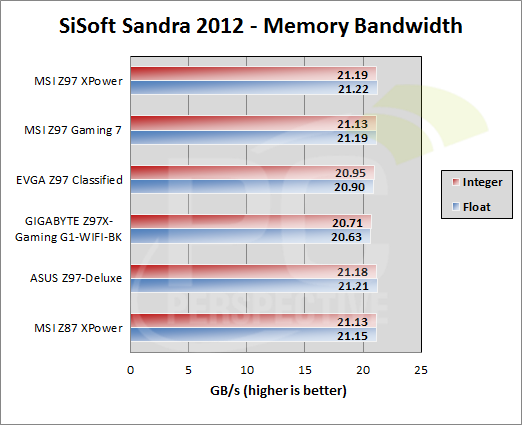 The Sandra benchmarks remain a fast and easy way to determine how well the system's CPU and memory are functioning. The Z97 XPower motherboard performed very well in both tests, earning top spots in comparison with the other test systems. Performance on par with that of other same class systems indicates CPU and memory subsystem performance within expected operational parameters. 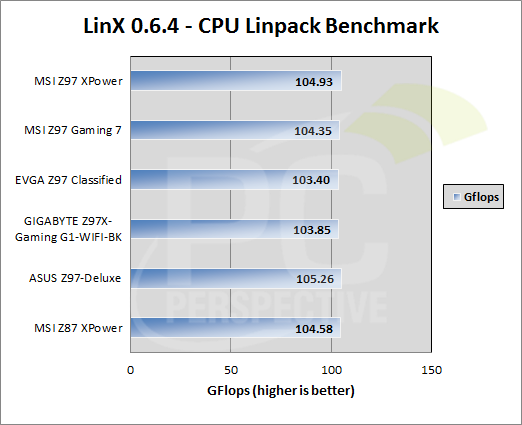 This CPU torture test is a proven method for identifying possible issues with the CPU to motherboard interface layer. Again, the MSI Z97 XPower board performs well within expectations, beating out all but one of the competing systems performance-wise. 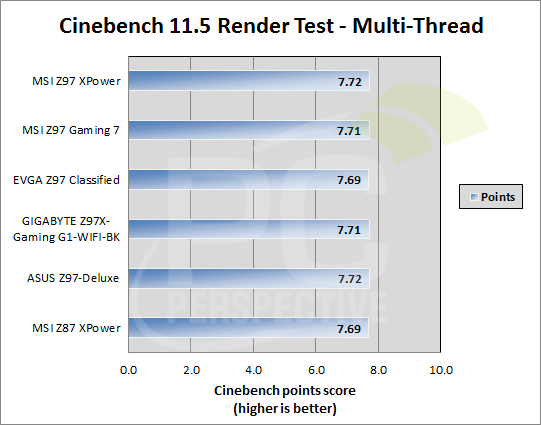 Yet again, the Z97 XPower's performance is top notch.