One thing we haven't talked about yet is the NVIDIA SHIELD Tablet's battery life. That might seem surprising, since we are talking about a mobile device, but it turns out the results are decent. 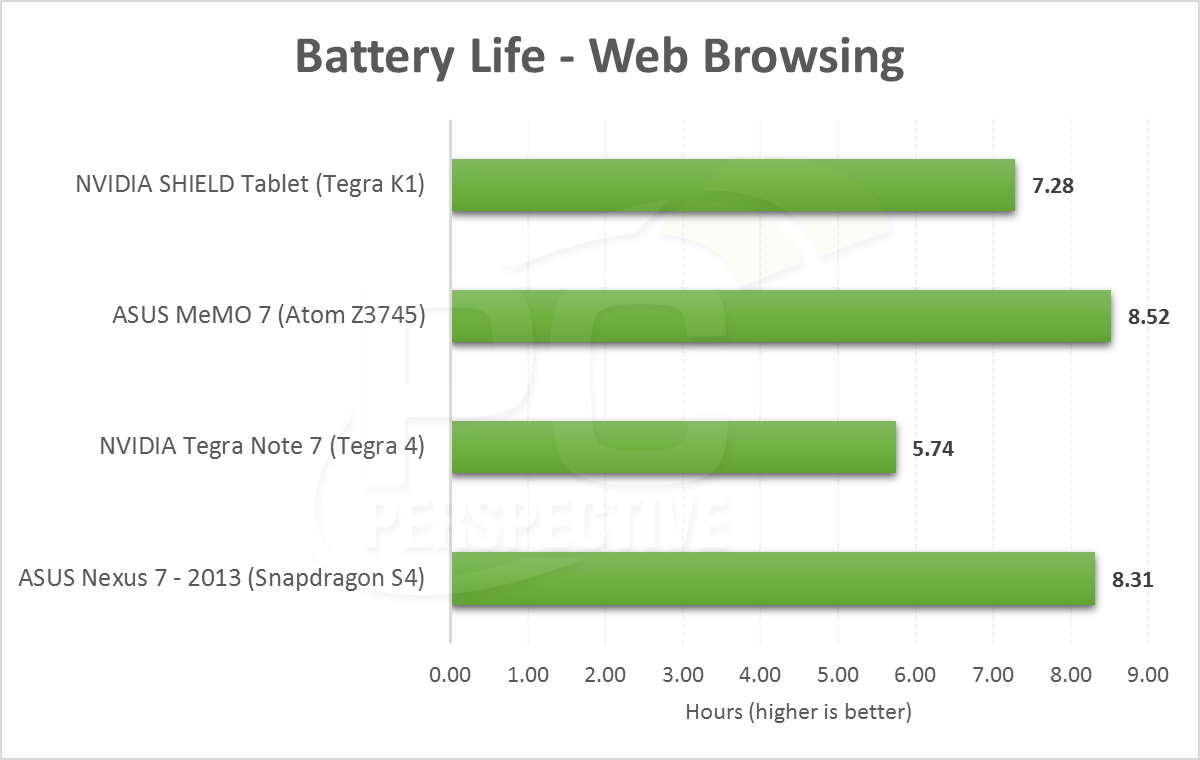 This review marks the first time we are using the EEMBC BrowsingBench battery life test that is very similar to our previous battery life testing. This time though, we are using a local server on a custom network to eliminate the potential for interference from outside sources. We will be diving more into this specific battery test in a later article.

Considering that the SHIELD Tablet has a 19.75 Whr battery, the result of 7+ hours indicates that power consumption is noticeably higher than the Nexus 7 for example, which can last more than 8 hours of browsing time with a smaller, 16 Whr battery. The Intel Bay Trail powered MeMO Pad 7 is able to run even longer on a 15 Whr battery, indicating even better overall efficiency in our web-based battery testing.

The K1 is not the most power efficient SoC on the market. And the SHIELD Tablet isn't the most efficient platform either. If they were, trust us, NVIDIA would have been bragging about it. But they aren't all that bad either and users should not fret over having at least standard battery life out of their tablet during regular usage (non-gaming) patterns.

UPDATE: NVIDIA wrote in after reading our review to comment on this paragraph above. Essentially, NVIDIA believes that its K1 SoC is among the most efficient in the world when it comes to performance per watt in the graphics field. However, by using slightly higher clocked A15 cores for the CPU, they are a bit less efficient than say Apple's A7 or even other direct ARM implementations for task like basic web browsing. Even though I am happy with the battery life of the SHIELD Tablet, there are more factors than we can break down (without breaking INTO the device) to 100% measure the SoC directly.

The SHIELD Tablet, the cover and the controller have been on pre-sale since the announcement last week. They should start shipping today though. 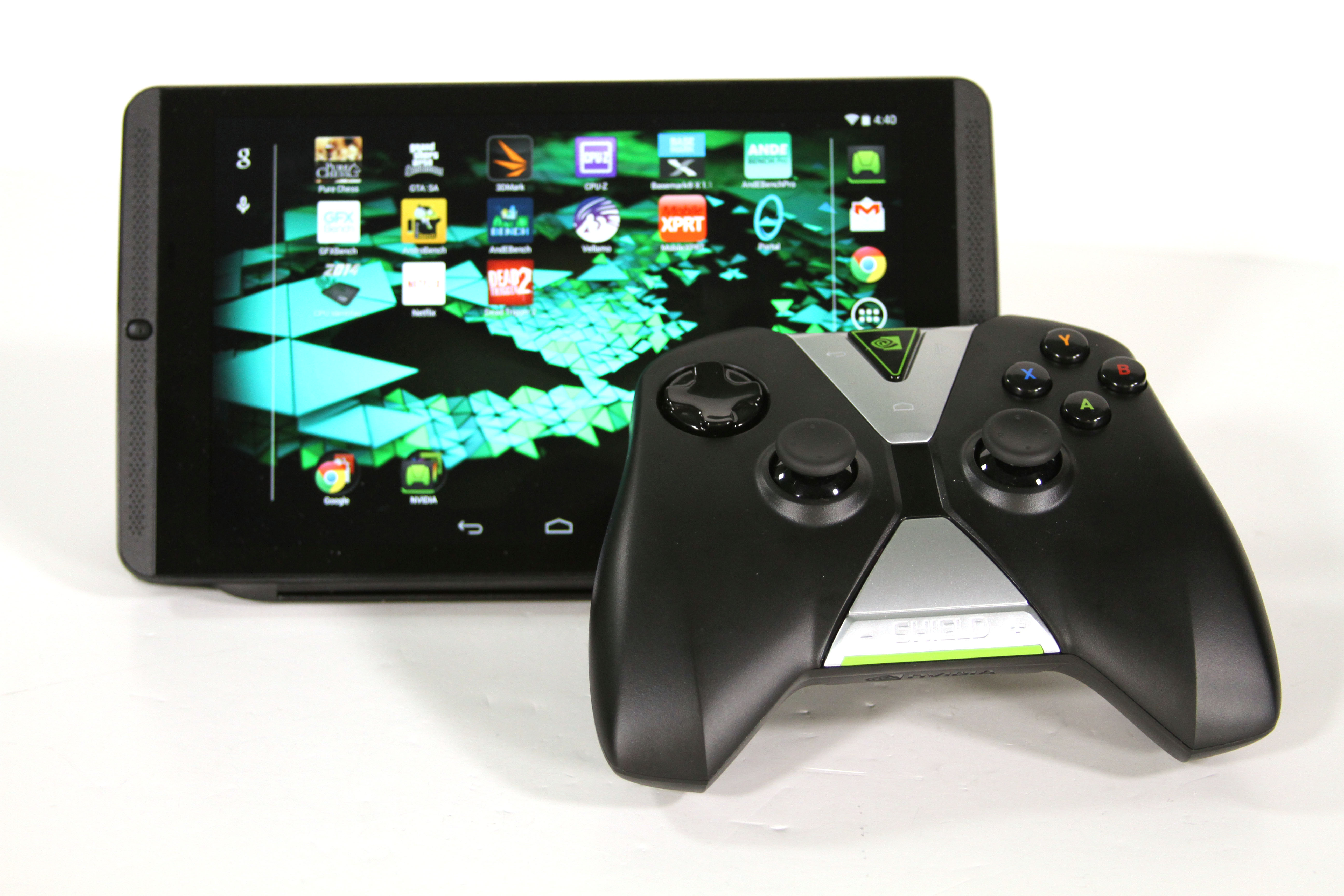 For comparison, the Google Nexus 7 sells for $229 in the 16GB variety. The ASUS MeMO Pad 7 is $129. The SHIELD Tablet is on the expensive side when it comes to Android tablets, but it truly does offer a unique experience not found on those other machines, thanks to its higher performance SoC. But, by adding in the cover and controller, two must have accessories, you are now hitting the $399 realm. That's the same price as an Xbox One or Playstation 4.

Things just got a lot more interesting, didn't they?

Everything about the hardware design of the new SHIELD Tablet and SHIELD Controller is impressive and its impossible to use the tablet, or hold the controller and play some games with it, but not see the potential that NVIDIA has created. The performance of the Tegra K1 SoC remains unmatched in today's market especially on the graphics front but utilizing that power is the tricky part. As of this publication, there are only 10-11 games that NVIDIA claims are "built for Tegra K1" and thus can really utilize the horsepower provided by it. And, to be perfectly honest, only about half of those seem really appealing to me.

That will be the battle for NVIDIA, going forward. Can they convince enough gamers to buy a SHIELD Tablet so they can convince developers to develop games specifically for the K1, so that they can convince more gamers to by SHIELD Tablets? Though it might not seem it at first, I think the very best thing that could happen for NVIDIA today would be for Qualcomm to release an SoC with similar amounts of GPU power and with support for OpenGL. With a larger install base, developers would be more likely to invest the resources to build games for this user base and thus NVIDIA would be able to sell it's products without caveats. Other SoC vendors will surely offer Tegra K1 level performance, it's just a matter of WHEN. 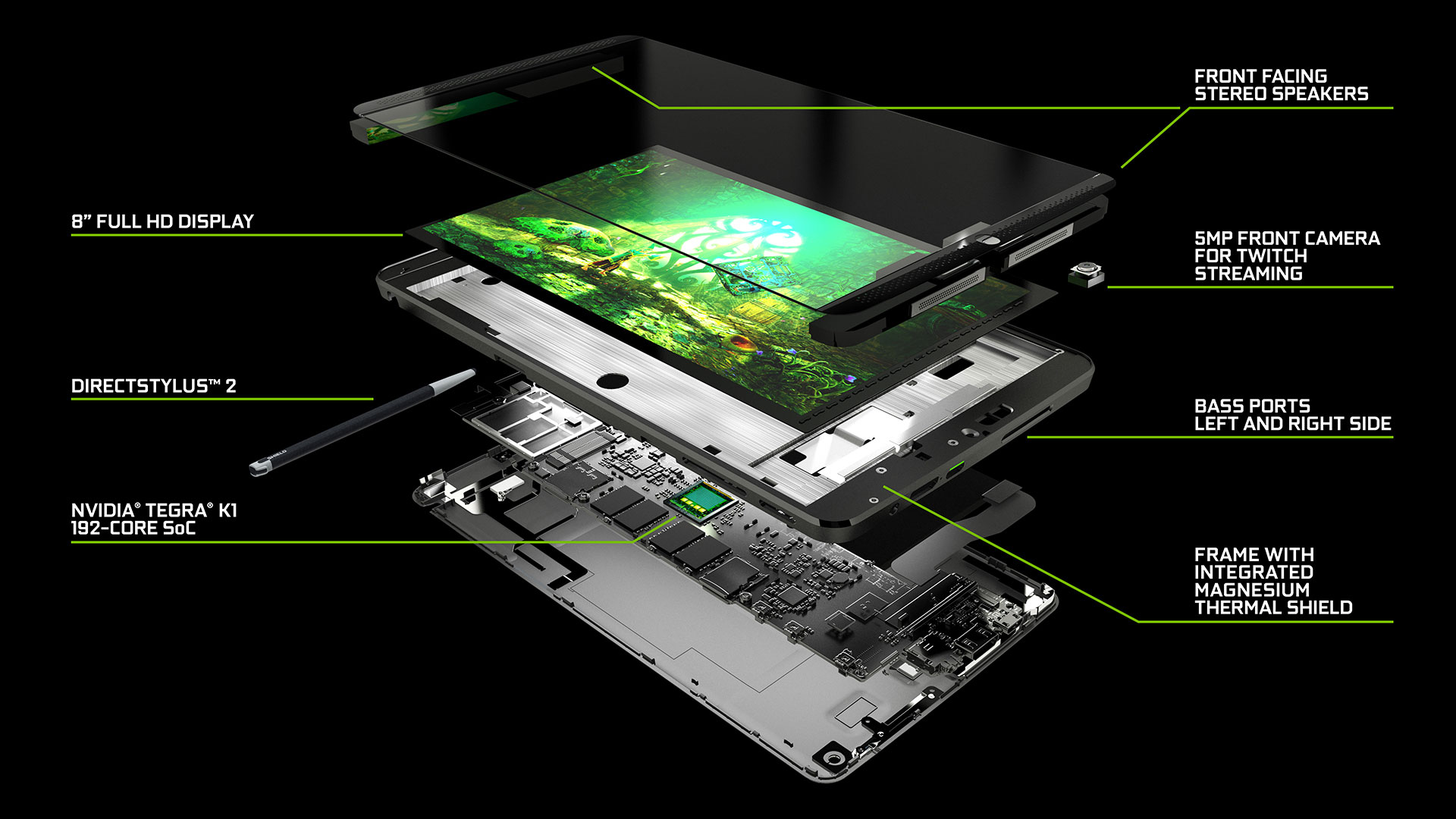 Even today though, I feel confident that PC gamers looking for a tablet to purchase will fall in love with the SHIELD Tablet. It offers more than enough technology, battery life and general purpose goodness to be a great "regular" tablet. But PC gamers that have GeForce cards in their PCs now would then be able to utilize Game Streaming on the tablet or in console mode on the TV, if they chose to, and come to see the interesting use cases it provides. Tired of sitting in that office upstairs but still want to finish up Wolfenstein? Do so on the couch by just plugging in your tablet to HDMI.

Are games like Portal and Half-Life 2 just one-hit-wonders or can NVIDIA entice other developers to bring games to Android and the K1 platform? Titles like War Thunder show a ton of promise but NVIDIA needs more than just one or two or even ten games to really evangelize this market. It will be a tough battle, one that could cost a lot of money. 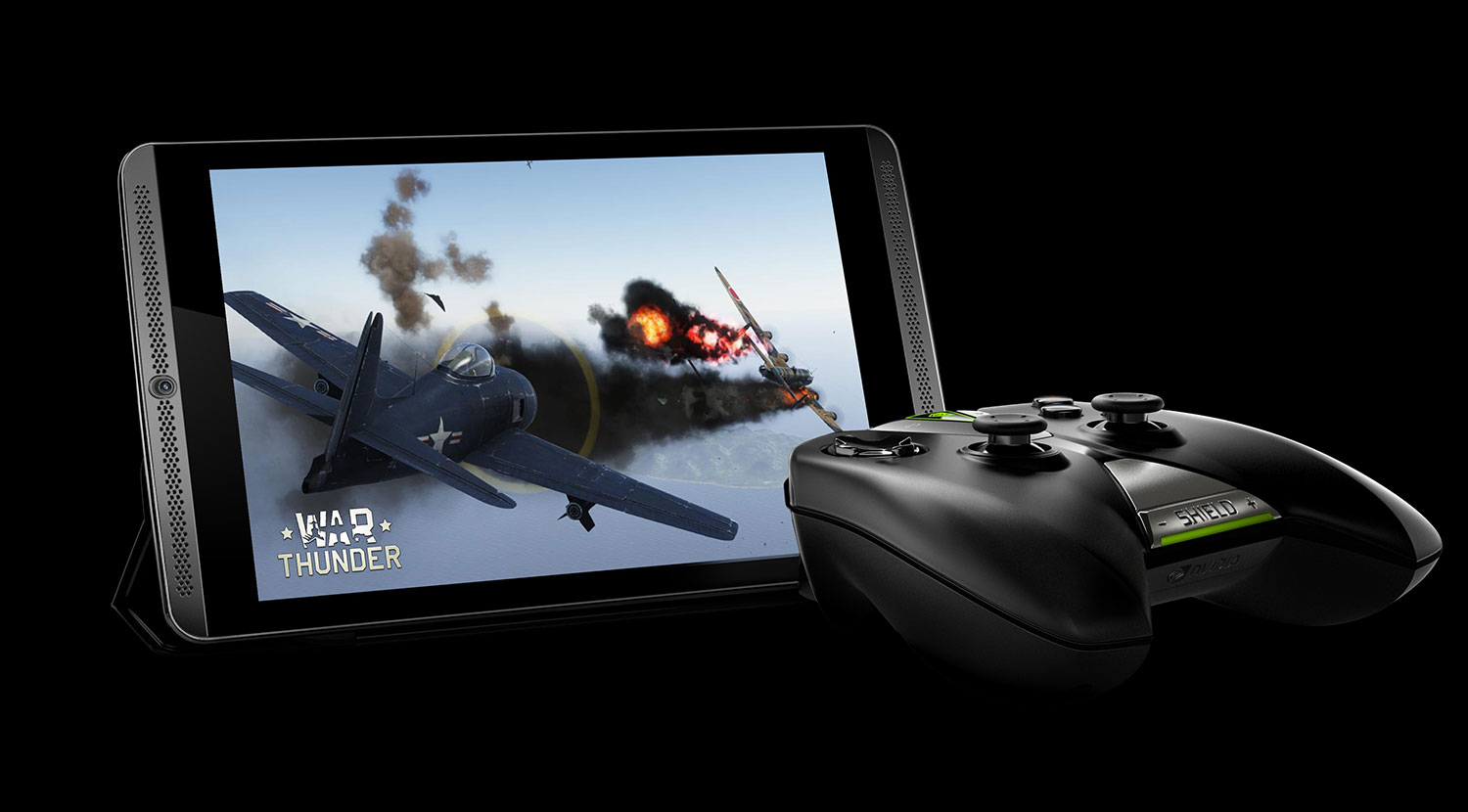 NVIDIA has definitely built the best tablet for gamers. The question is, just as it was with the first SHIELD device, do they want it? I thoroughly enjoyed my time with the SHIELD Tablet thus far, and am looking forward to participating in the evolution.

Please, leave me your feedback in the comments below. This article needs reader input – is this a device you want to buy? Are going to buy? What are its strengths and flaws in your mind? 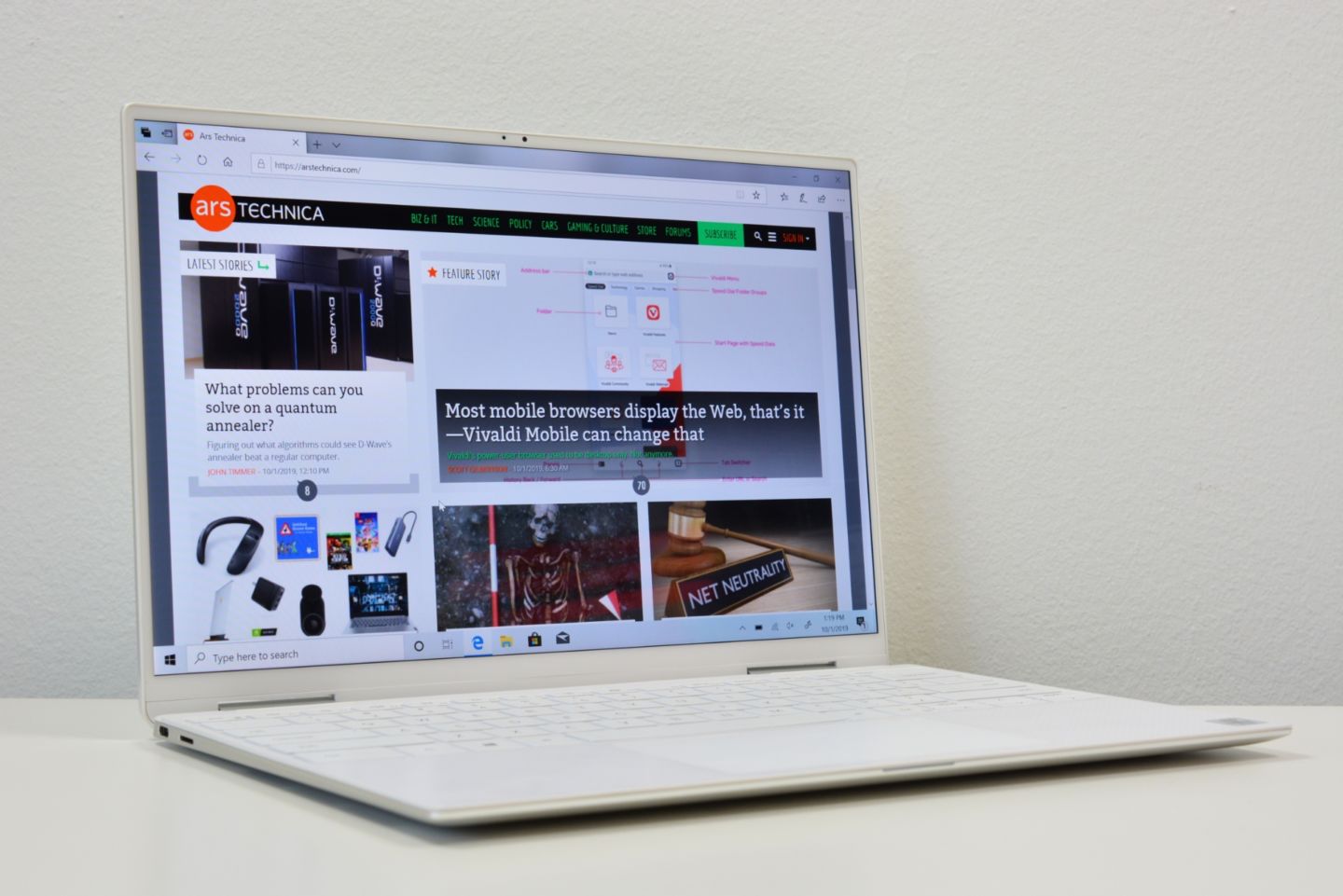