Many of our readers were hoping to drop one (or more) Maxwell-based GPUs in their system for use with their 4K monitors, 3D, or whatever else they need performance for. That has not happened, nor do we even know, for sure, when it will. The latest rumors claim that the NVIDIA GeForce GTX 870 and 880 desktop GPUs will arrive in October or November. More interesting, it is expected to be based on GM204 at the current, 28nm process.

NVIDIA has not commented on the delay, at least that I know of, but we can tell something is up from their significantly different roadmap. We can also make a fairly confident guess, by paying attention to the industry as a whole. TSMC has been struggling to keep up with 28nm production, having increased wait times by six extra weeks in May, according to Digitimes, and whatever 20nm capacity they had was reportedly gobbled up by Apple until just recently. At around the same time, NVIDIA inserted Pascal between Maxwell and Volta with 3D memory, NVLink, and some unified memory architecture (which I don't believe they yet elaborated on). 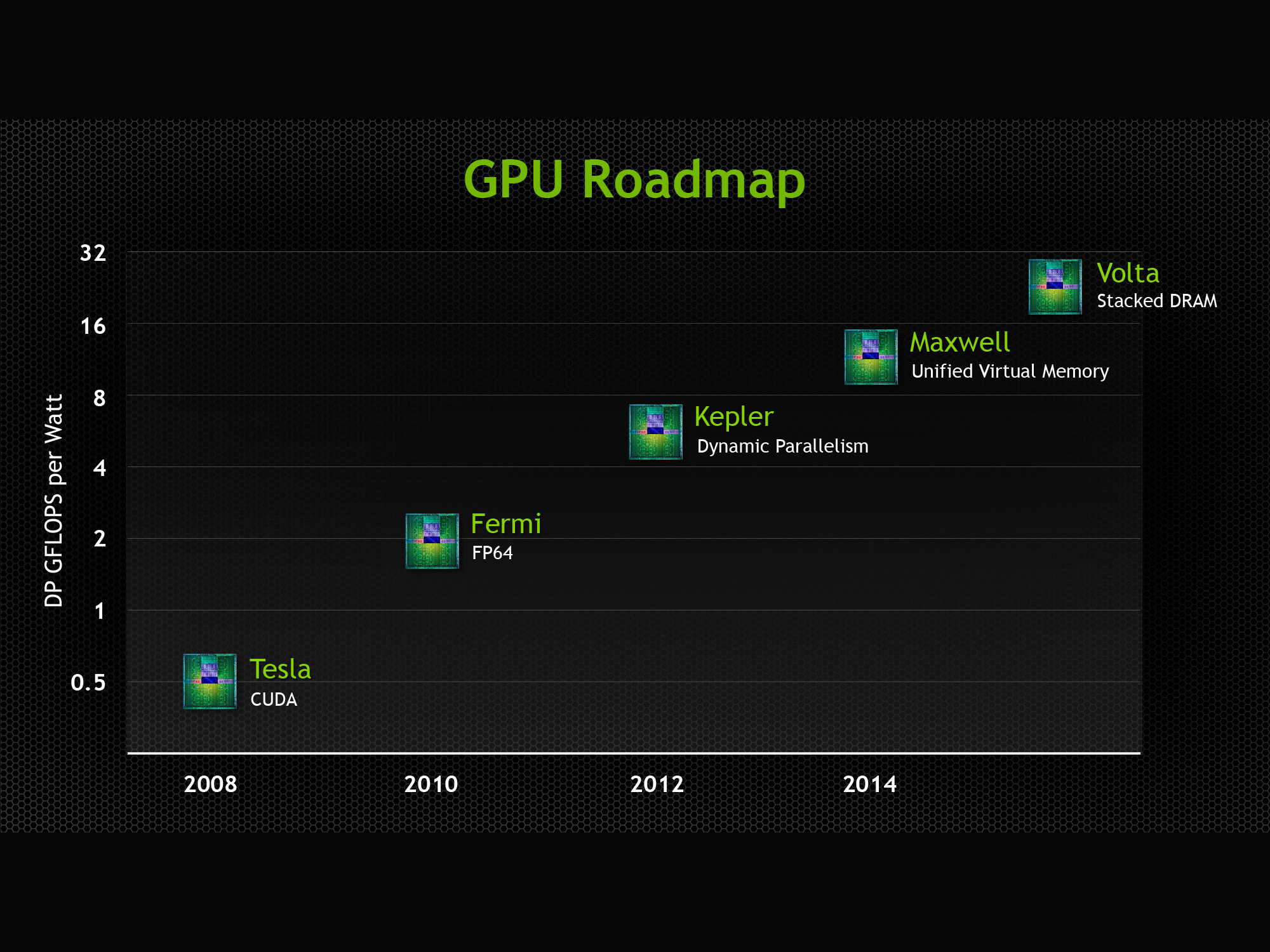 And, if this rumor is true, Maxwell was pushed from 20nm to a wholly 28nm architecture. It was originally supposed to be host of unified virtual memory, not Pascal. If I had to make a safe guess, I would assume that NVIDIA needed to redesign their chip to 28nm and, especially with the extra delays at TSMC, cannot get the volume they need until Autumn.

Lastly, going by the launch of the 750ti, Maxwell will basically be a cleaned-up Kepler architecture. Its compute units were shifted into power-of-two partitions, reducing die area for scheduling logic (and so forth). NVIDIA has been known to stash a few features into each generation, sometimes revealing them well after retail availability, so that is not to say that Maxwell will be "a more efficient Kepler".

I expect its fundamental architecture should be pretty close, though.