After a particularly fragmenting portion of our test sequence, I run a couple of HDTach passes to get a feel for how well the drive can defragment portions of itself on-the-fly, and without TRIM at play. I use these results to compare with how the SSD looks after it has been re-fragmented and then TRIMmed. The 850 PRO stumped me completely, because it was *too* good at handling fragmentation. Before I show you the 850 PRO, take a look at the Plextor M6M as a baseline, which is arguably a very good performer: 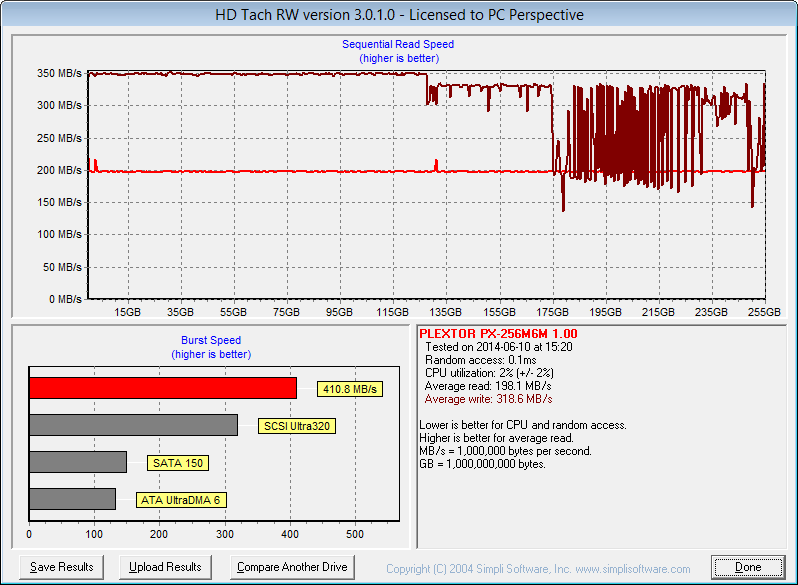 Now there's nothing horrible about the above results. We expect any SSD to fragment in-place files that have not been TRIMmed, and there is always a bit of performance loss. It's just physics, right? Yeah, 2D physics. Here's the 850 PRO:

…and here is 3D physics. Those are two sequential runs after fragmentation, *without TRIM*. The low-level changes Samsung has made to this V-NAND flash make it nearly immune to typical 4k random accesses in absence of TRIM (our fragmentation efforts prior to these passes have a small amount of <4k IO sprinkled in). I have never seen any SSD so apparently resilient against fragmentation.

Smarter than your average bearer of data