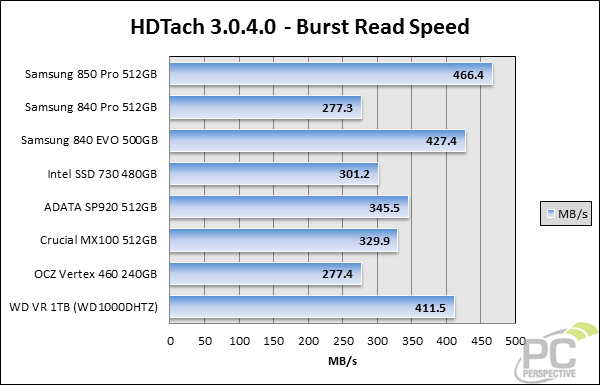 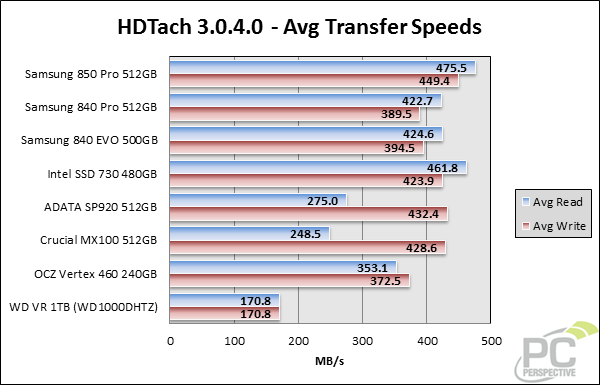 HDTach feeds the tested drive a continuous string of small sequential requests. This is a single threaded operation, which means the SSD doesn't get to see what's coming next. The lower the QD=1 latency of the controller pipeline, the better the numbers we see from this test. It doesn't necessarily equate to real-world maximum throughput, as typical file IO occurs at QD>1, but it does mean something for analysis and response times to single infrequent commands, which is why we include these results. The 850 PRO shines here. Better throughput than any of the competition in this test. 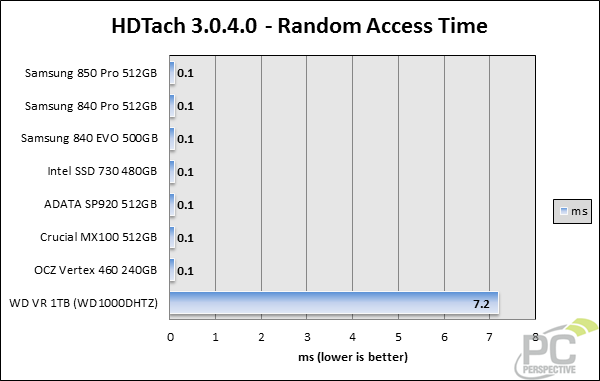