YAPT (yet another performance test) is a benchmark recommended by a pair of drive manufacturers and was incredibly difficult to locate as it hasn't been updated or used in quite some time.  That doesn't make it irrelevant by any means though, as the benchmark is quite useful.  It creates a test file of about 100 MB in size and runs both random and sequential read and write tests with it while changing the data I/O size in the process.  The results are a good look at overall drive performance. 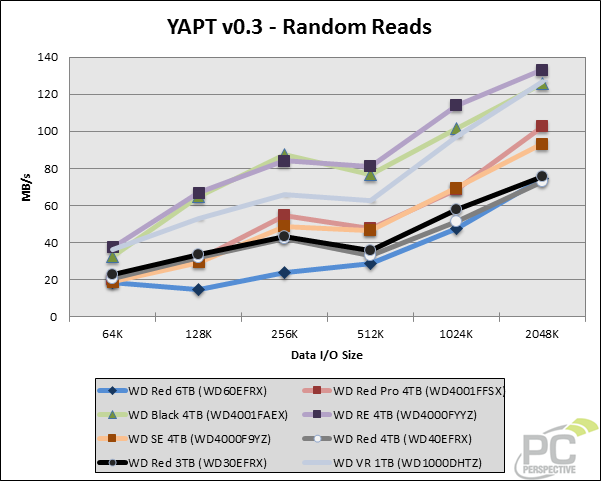 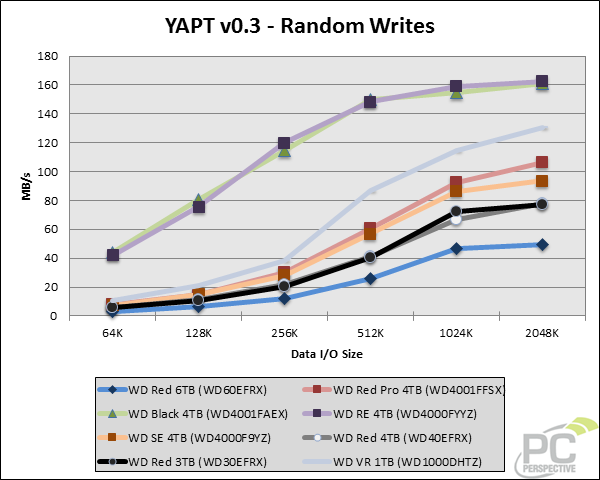 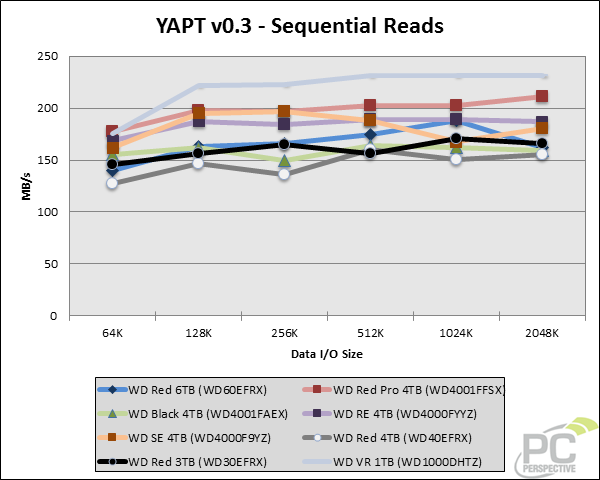 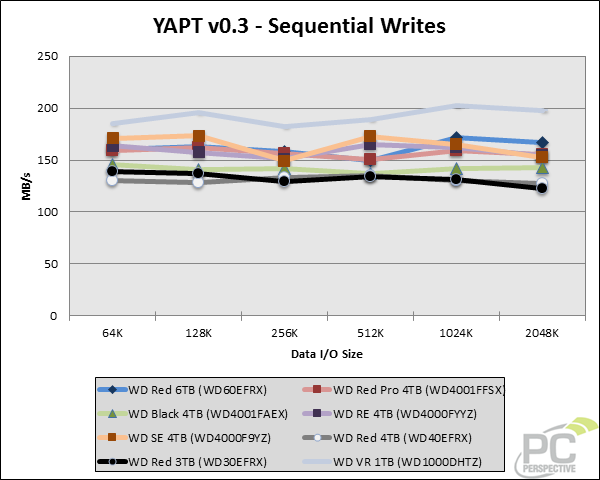 Disclaimer: YAPT is not a 4K aligned test. This causes the Red (and even the VelociRaptor in some places) to see a considerable performance hit on random access tests. This is most exemplified in the random write results, where we see the two non Advanced Format drives (4TB Black and 4TB RE) handle the workload much differently than the rest of the pack. When you write to an Advanced Format drive with either misaligned writes or writes smaller than 4k, the drive must read the whole 4k sector, modify the (smaller) portion that was actually written by the host, and then re-write that updated 4k sector back to the platters. As you might imagine, this takes longer than simply modifying the 512 byte sector of a non-Advanced Format drive. *Most* NAS devices will properly align their data to 4k boundaries, so this is not a hugely significant issue when considering bulk storage NAS-type usage scenarios.

The 6TB Red performs mid-pack on sequentials here, but turns in the worst figures in the random tests. We suspect this is largely due to the misconfiguration bug that will be corrected with a future firmware update.