The First with the Tegra K1 Processor

After importing the Xiaomi Mi Pad 7.9 tablet we spent some time testing the performance of the Tegra K1.

Back in May a Chinese company announced what was then the first and only product based on NVIDIA’s Tegra K1 SoC, the Xiaomi Mi Pad 7.9. Since then we have had a couple of other products hit our news wire including Google’s own Project Tango development tablet. But the Xiaomi is the first to actually be released, selling through 50,000 units in four minutes according to some reports. I happened to find one on Aliexpress.com, a Chinese sell-through website, and after a few short days the DHL deliveryman dropped the Tegra K1 powered machine off at my door.

If you are like me, the Xiaomi name was a new one. A privately owned company from Beijing and has become one of China’s largest electronics companies, jumping into the smartphone market in 2011. The Mi Pad marks the company’s first attempt at a tablet device, and the partnership with NVIDIA to be an early seller of the Tegra K1 seems to be making waves. 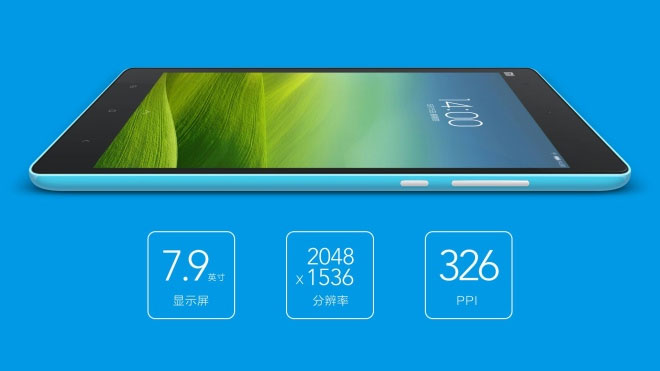 The Tegra K1 SoC was first revealed at CES in January of 2014, and with it came a heavy burden of expectation from NVIDIA directly, as well as from investors and the media. The first SoC from the Tegra family to have a GPU built from the ground up by NVIDIA engineers, the Tegra K1 gets its name from the Kepler family of GPUs. It also happens to get the base of its architecture there as well.

The processor of the Tegra K1 look very familiar and include four ARM Cortex-A15 “r3” cores and 2MB of L2 cache with a fifth A15 core used for lower power situations.  This 4+1 design is the same that was introduced with the Tegra 4 processor last year and allows NVIDIA to implement a style of “big.LITTLE” design that is unique.  Some slight modifications to the cores are included with Tegra K1 that improve performance and efficiency, but not by much – the main CPU is very similar to the Tegra 4.

The focus on the Tegra K1 will be on the GPU, now powered by NVIDIA’s Kepler architecture.  The K1 features 192 CUDA cores with a very similar design to a single SMX on today’s GeForce GTX 700-series graphics cards.  This includes OpenGL ES3.0 support but much more importantly, OpenGL 4.4 and DirectX 11 integration.  The ambition of bringing modern, quality PC gaming to mobile devices is going to be closer than you ever thought possible with this product and the demos I have seen running on reference designs are enough to leave your jaw on the floor. 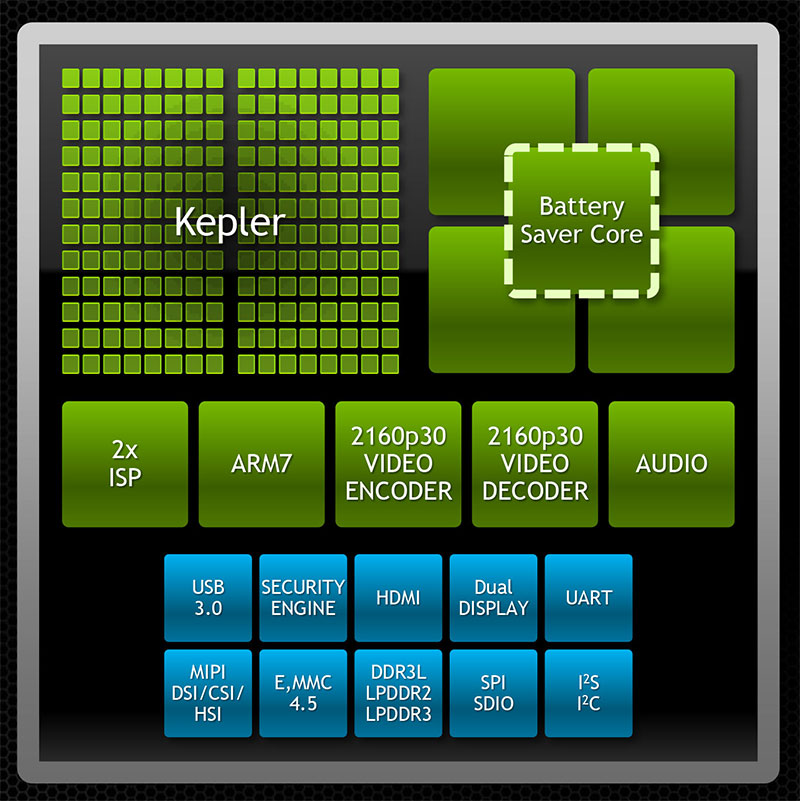 By far the most impressive part of Tegra K1 is the implementation of a full Kepler SMX onto a chip that will be running well under 2 watts.  While it has been the plan from NVIDIA to merge the primary GPU architectures between mobile and discrete, this choice did not come without some risk.  When the company was building the first Tegra part it basically had to make a hedge on where the world of mobile technology would be in 2015.  NVIDIA might have continued to evolve and change the initial GPU IP that was used in Tegra 1, adding feature support and increasing the required die area to improve overall GPU performance, but instead they opted to position a “merge point” with Kepler in 2014.  The team at NVIDIA saw that they were within reach of the discontinuity point we are seeing today with Tegra K1, but in truth they had to suffer through the first iterations of Tegra GPU designs that they knew were inferior to the design coming with Kepler.

You can read much more on the technical detail of the Tegra K1 SoC by heading over to our launch article that goes into the updated CPU design, as well as giving you all the gore behind the Kepler integration.

By far the most interesting aspect of the Xiaomi Mi Pad 7.9 tablet is the decsion to integrate the Tegra K1 processor. Performance and battery life comparisons with other 7 to 8-in tablets will likely not impact how it sells in China, but the results may mean the world to NVIDIA as they implore other vendors to integrate the SoC. 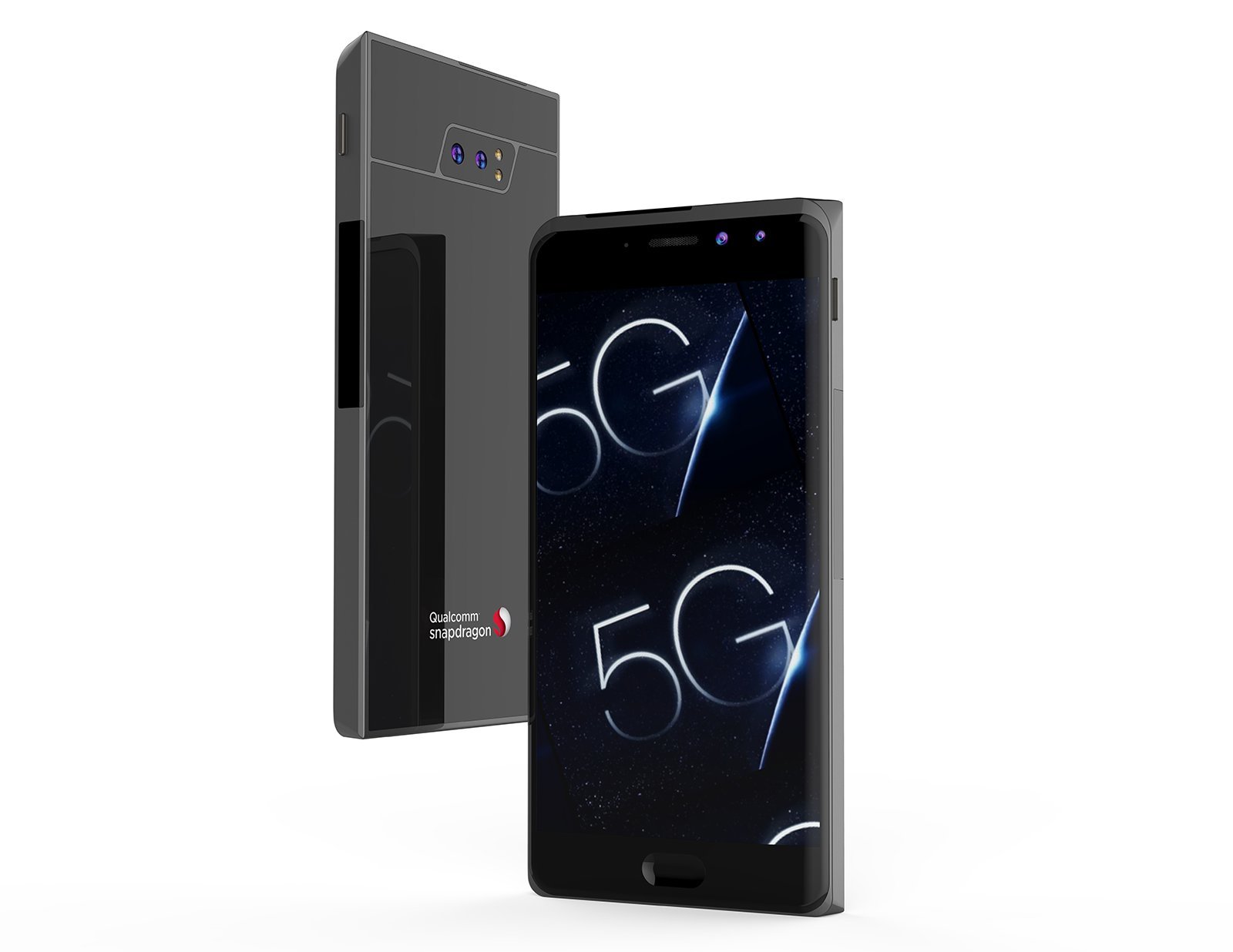