The one area I definitely assumed the Tegra K1 would have a sizeable advantage is in the GPU department. By including a full Kepler SMX on the die, the K1 has more GPU horsepower than any other consumer SoC available on the market. This is evident in bouth our testing, as well as in the game demos we have seen for an upcoming Tegra K1 release. 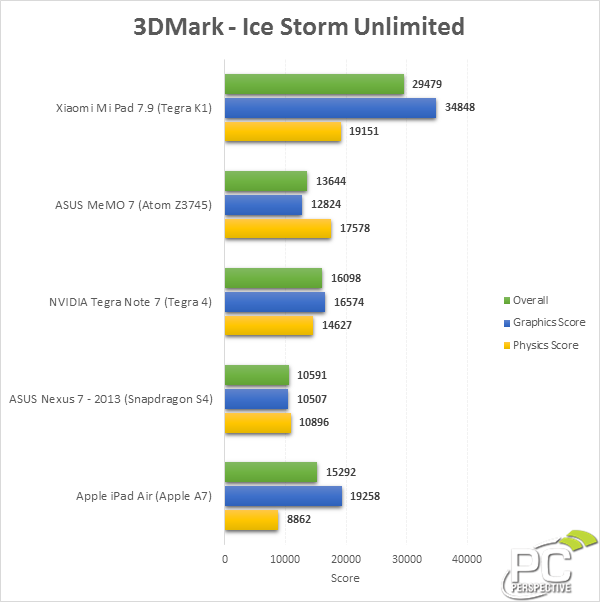 This is the area in which NVIDIA can really make an impact. The GPU score of the Xiaomi Mi Pad 7.9 with the Tegra K1 is 80% higher the next closest competitor, which happens to be the Apple iPad Air. The next fastest Android-based platform is the Tegra 4-based Note 7 tablet, and the Mi Pad is 110% faster than it!

The physics score on the Xiaomi Mi Pad is still the best of the bunch, though it's advantage over the MeMO Pad 7 and Note 7 is much more modest. 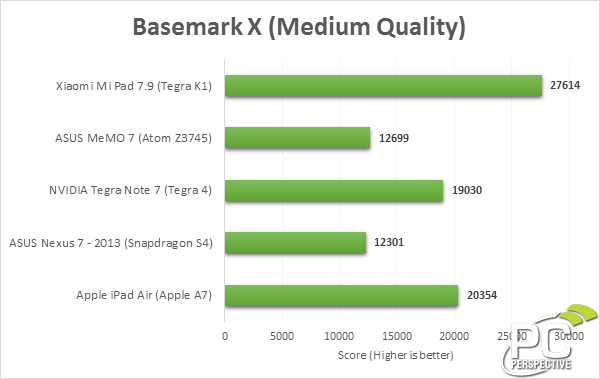 In the Basemark X graphics test the Xiaomi Mi Pad again shows a sizeable lead, this time 35% over the iPad Air and 45% over the Tegra Note 7. 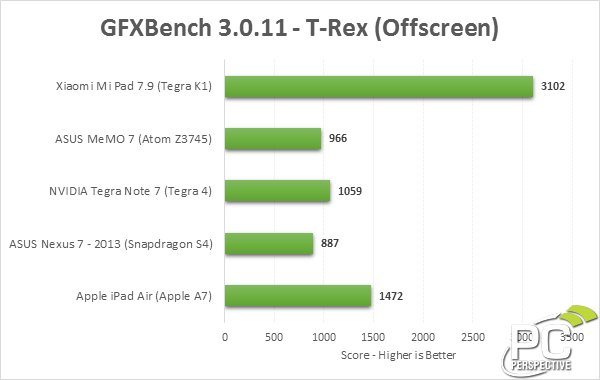 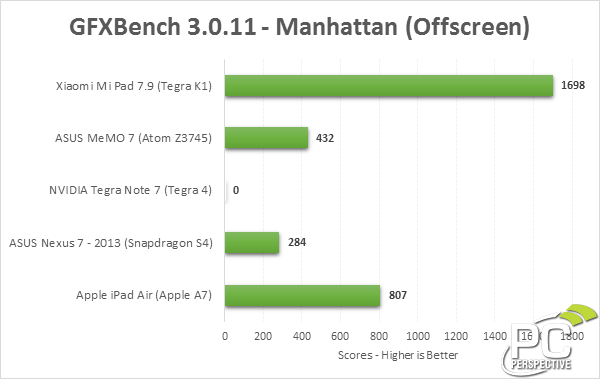 GFXBench does both onscreen and offscreen results, but with the different resolutions of each screen (1920×1080 on the Note 7, 2048×1536 on the Xiaomi for example), the offscreen results give us the most direct comparison of the SoC's themselves. In the T-Rex benchmark results shown above, the Tegra K1 dominates – it is showing frame rates more than 2x higher that of the A7 on the iPad Air, and more than 3x higher than the Tegra Note 7. 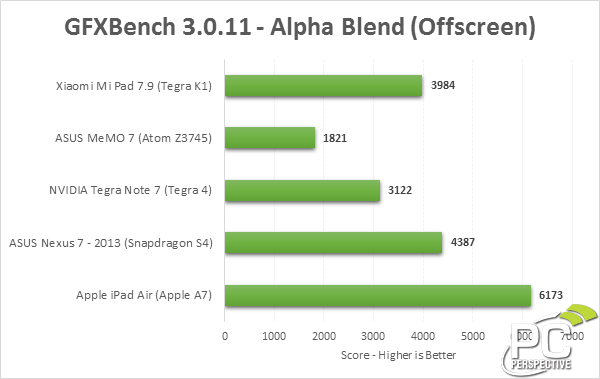 Alpha texturing performance results indicate that the Apple platform with the iPad Air is actually faster than the Tegra K1, as well as the other tested Android Platforms. 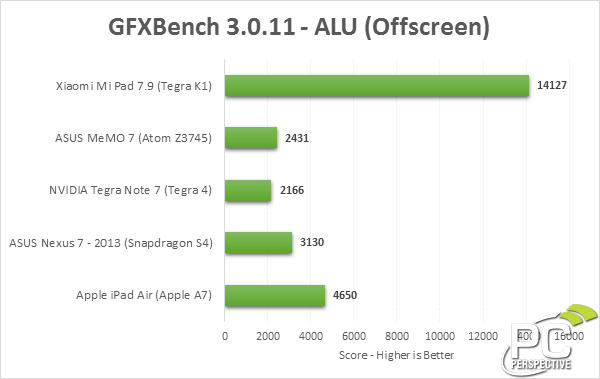 But looking at raw ALU compute performance, the dominance of NVIDIA's K1 SoC is evident with more than 3x the result of the iPad Air. 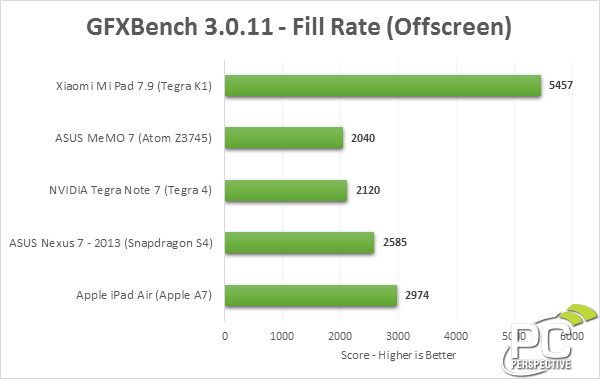 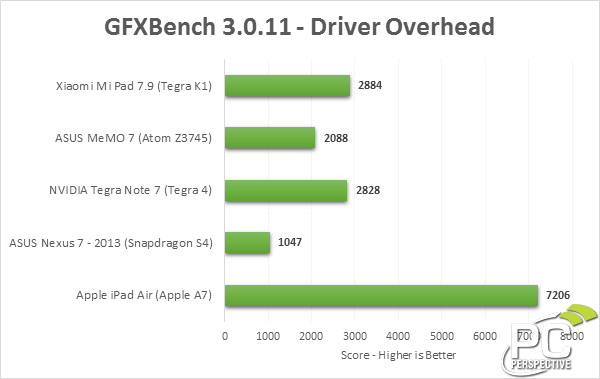 Driver overhead is an interesting result.  It would indicate that Apple's ability to control the hardware, the driver stack and the operating system clearly allows them to get better efficiency out of the A7. The open nature of the Android operating system means that some performance gets lost to the ether of APIs, etc. 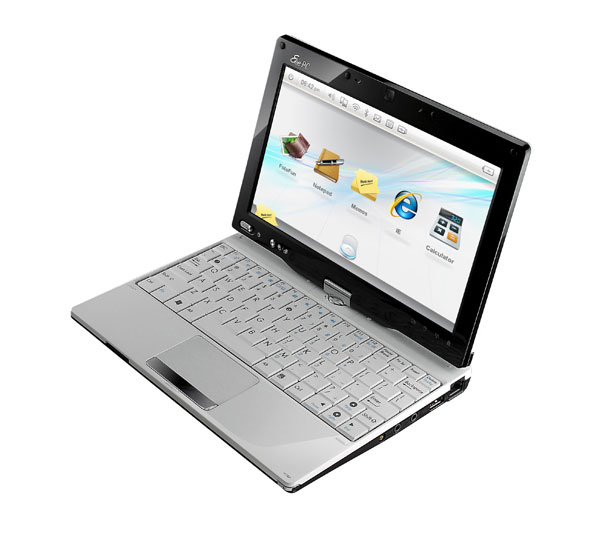