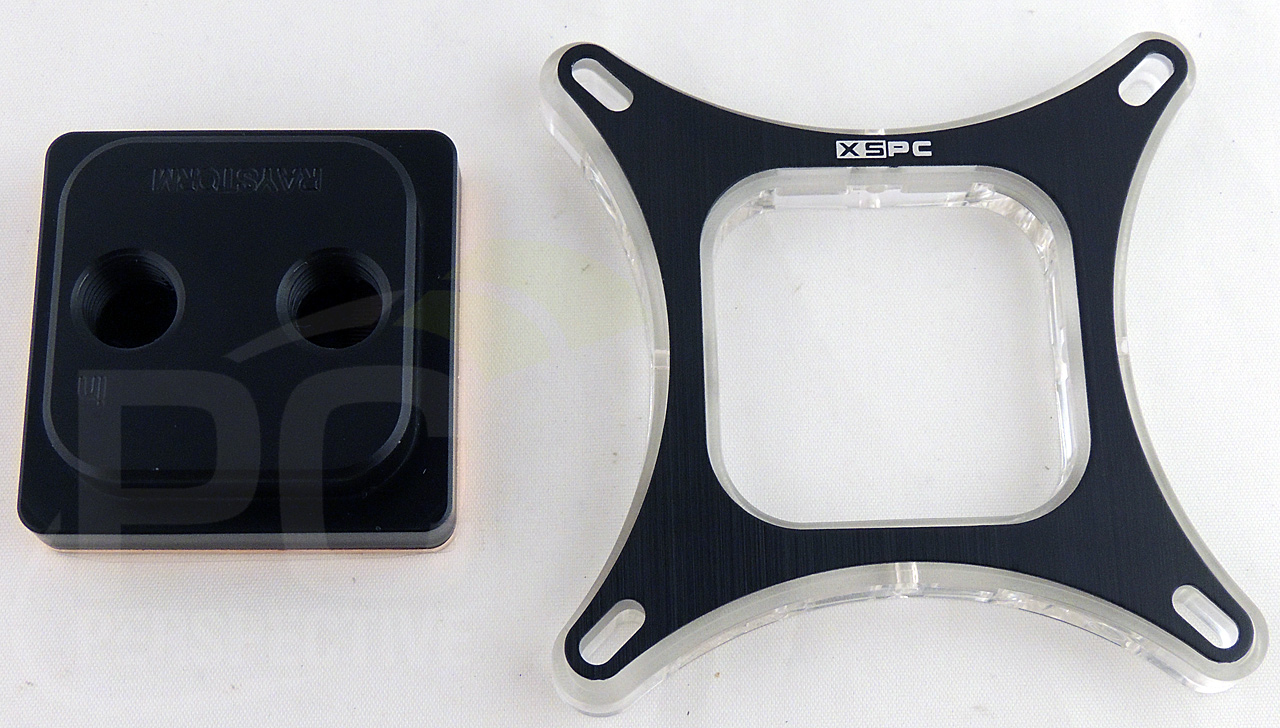 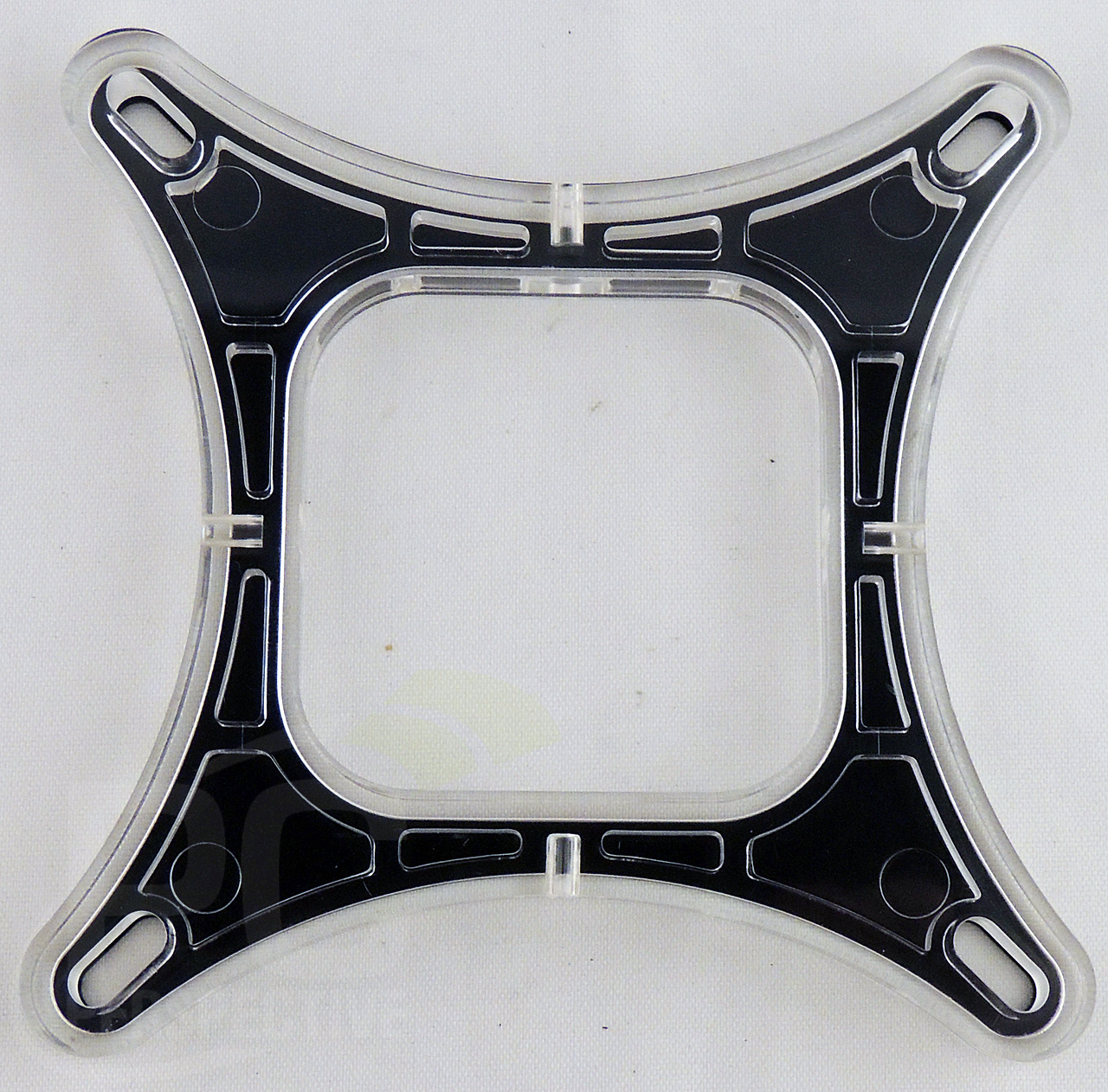 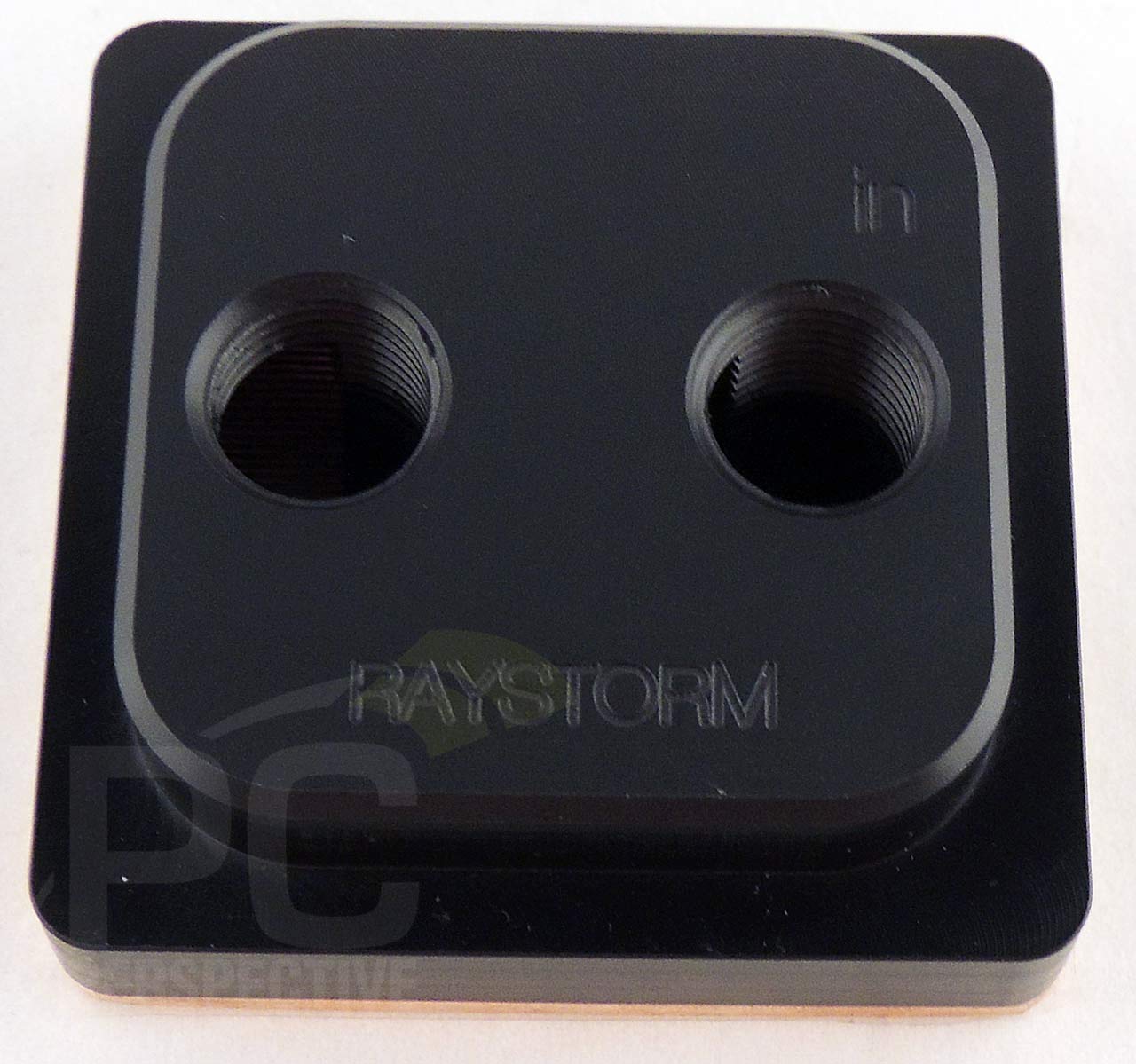 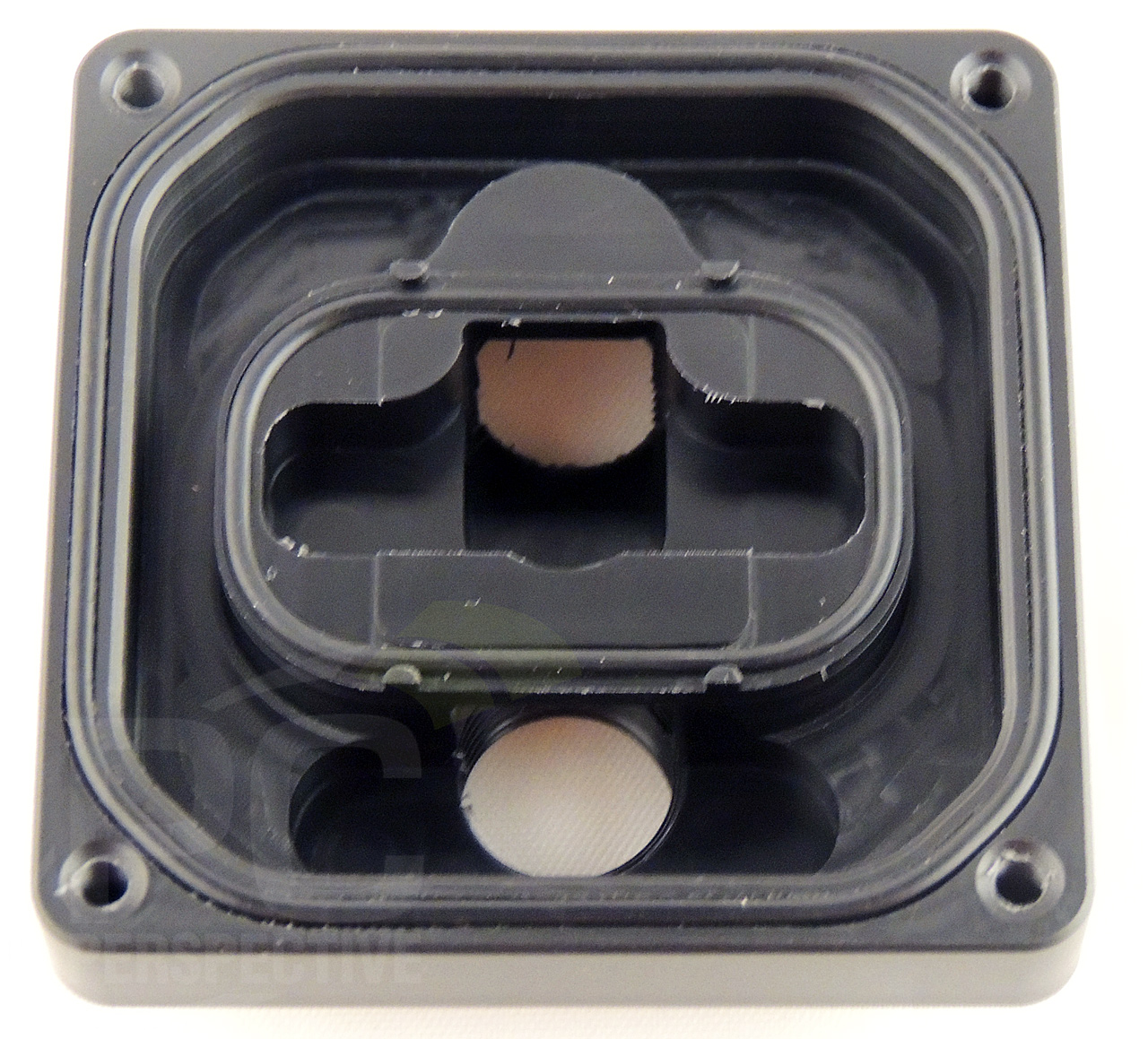 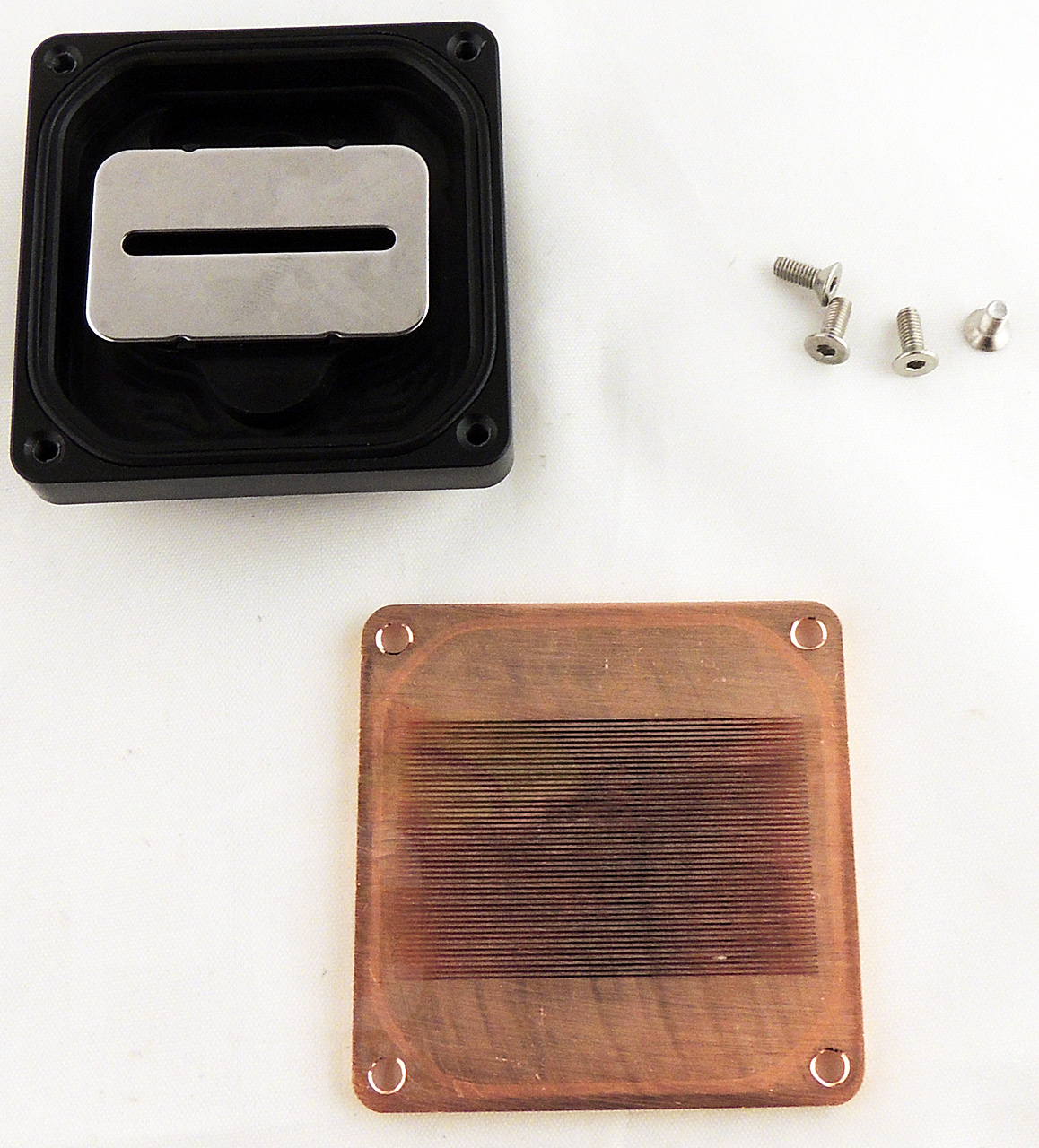 The base block assembly consists of an upper black acrylic top and a CNC machined copper base plate. The top is held to the copper base plate with four flat-top hex screws and seals to the copper plate with a rubber grommet along the outer edge of the block's top. The inlet and outlet channels in the top are G1/4" threaded holes with each channel sealed from the other via the rubber grommet inside compartment of the inlet chamber. 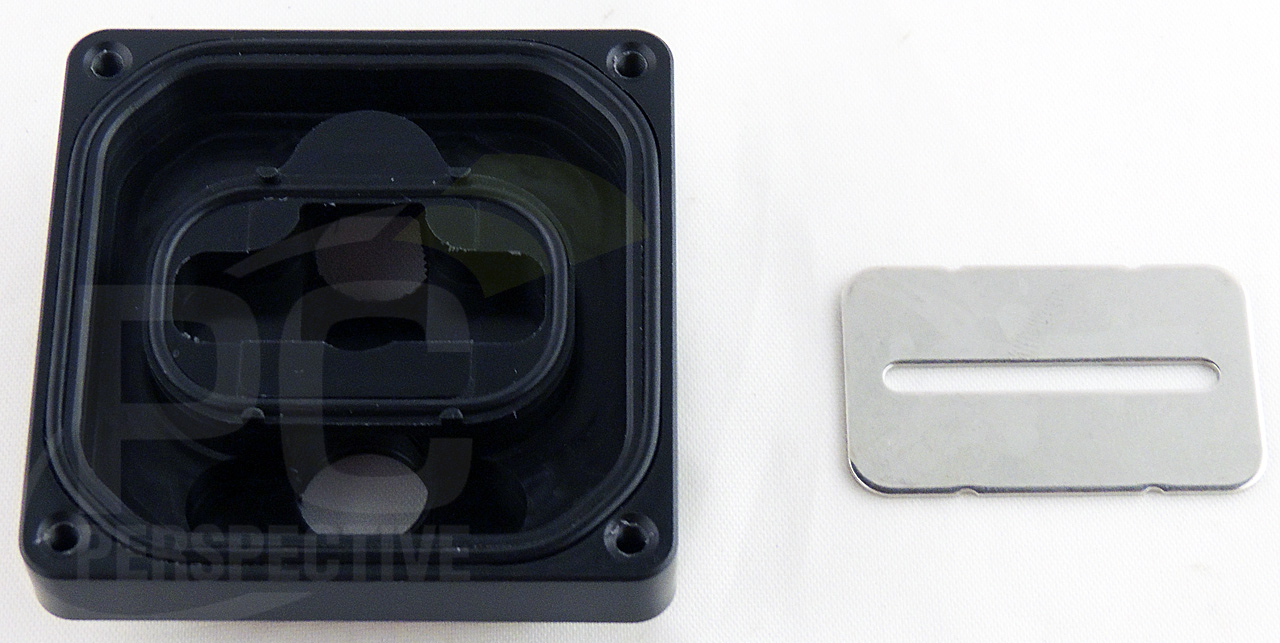 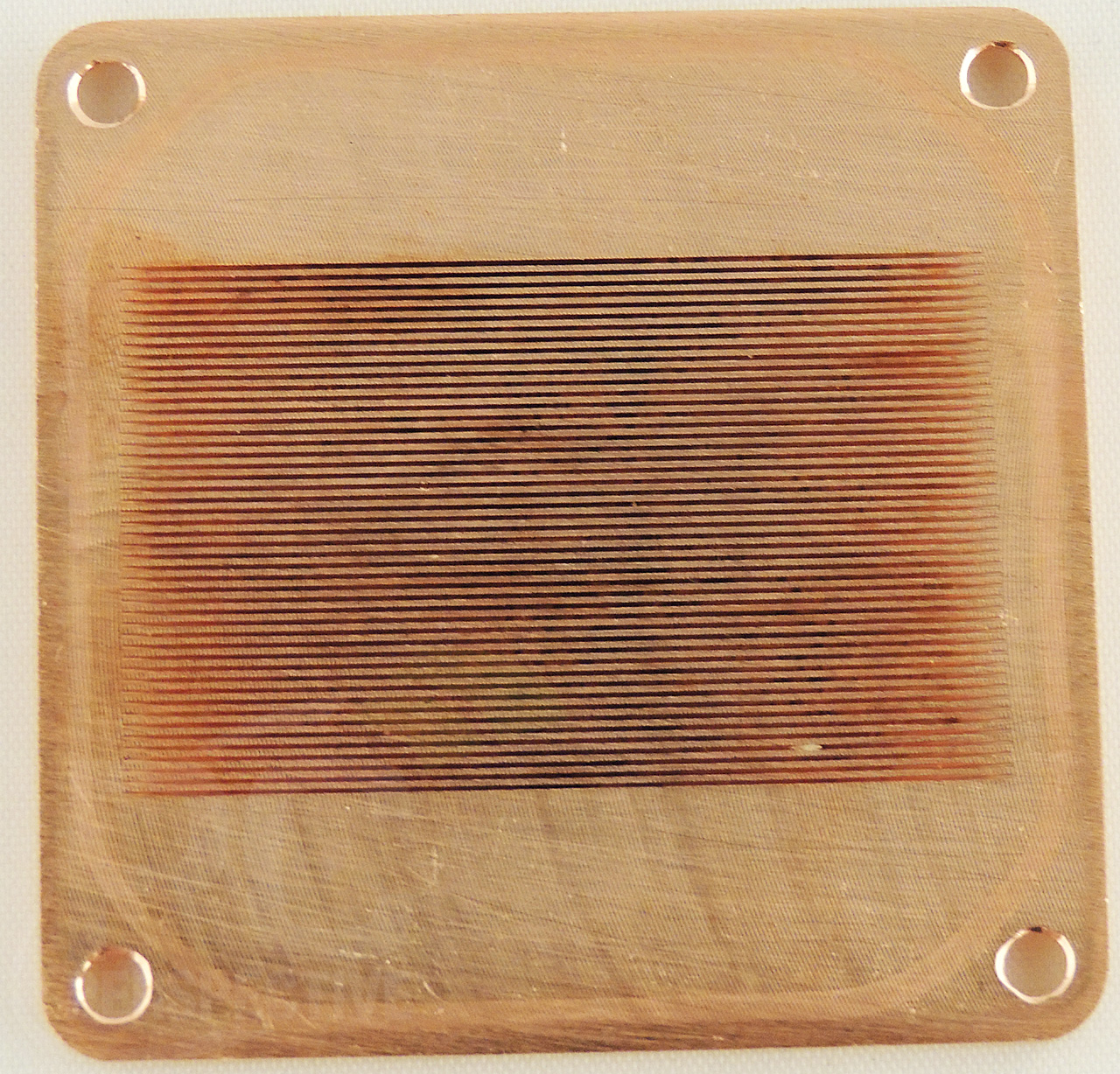 The copper base contains a series of micro-channels through which the water is forced through to cool the block base plate (and the CPU in the process). The thin-finned nature of the micro-channels increases the surface contact area for the transfer of heat to the coolant. The inlet formed by the injection plate site perpendicular to the water channels, forcing water across all channels and out via both sides of the base plate's micro-channels. 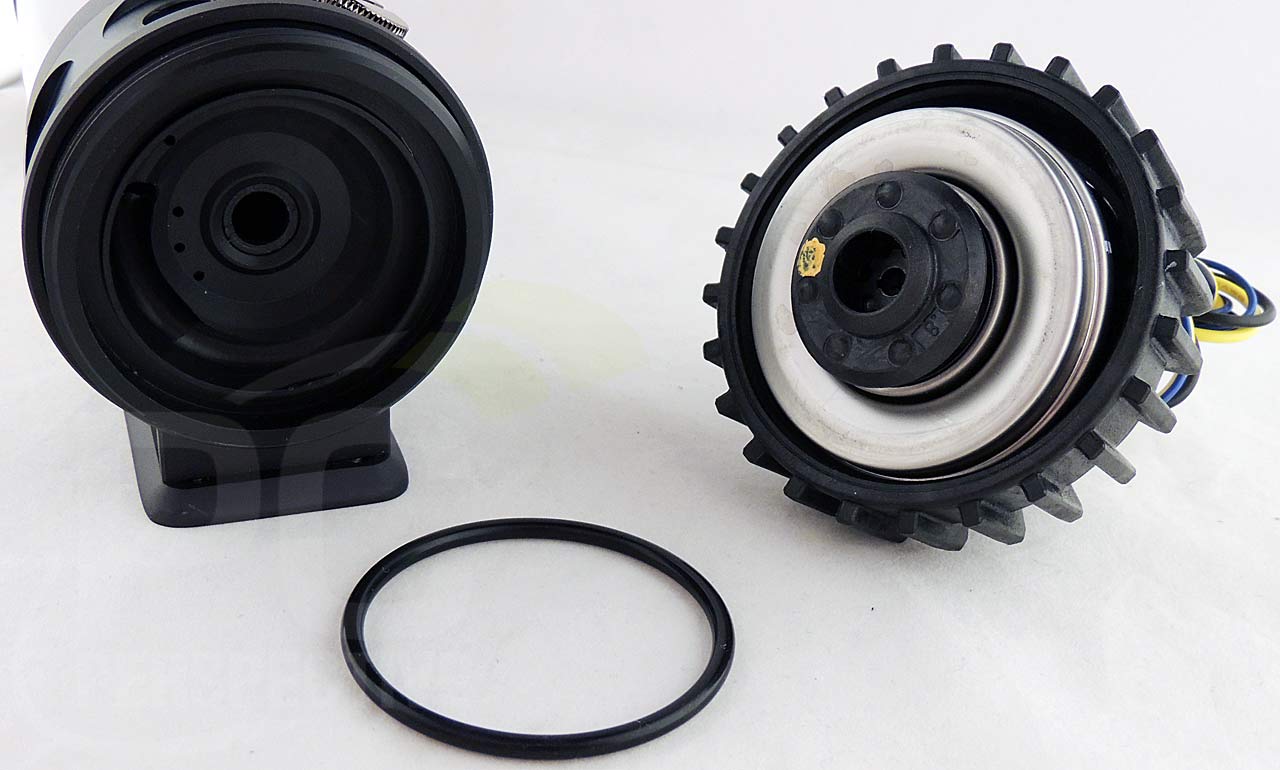 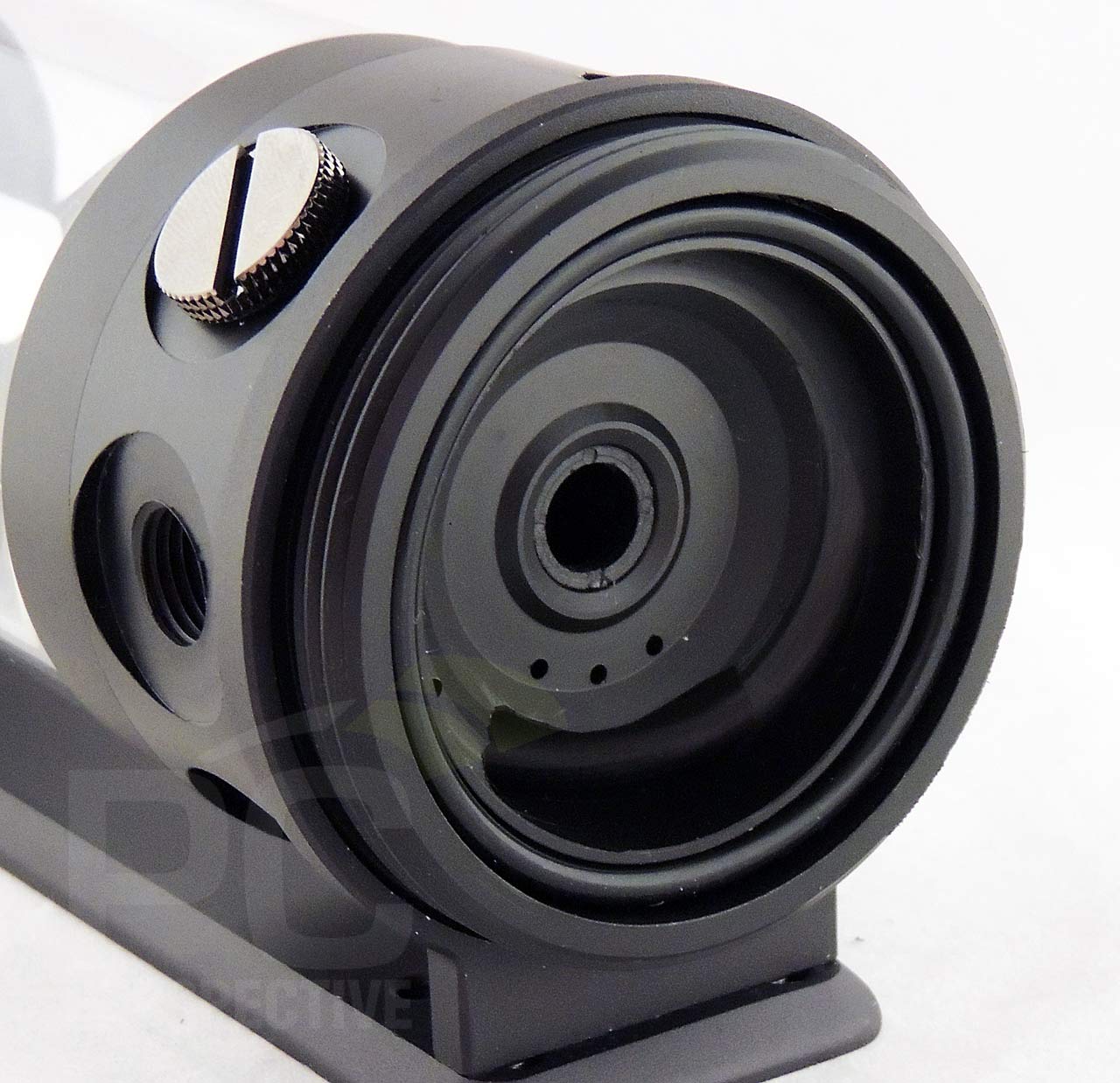 ASUS and SATA 6G; a swing and a miss 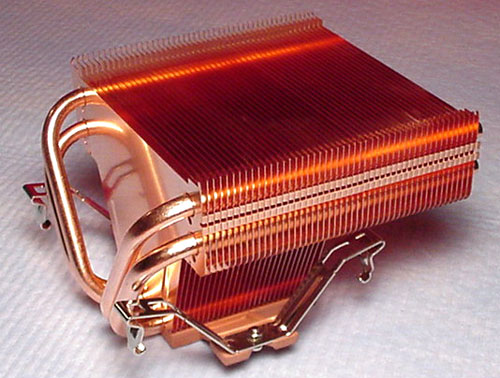