The Chromebook 13 is 18mm thick and comes in a white plastic fanless chassis that hosts a 13.3” display, full size keyboard, trackpad, and HD webcam. The Chromebook 13 will be available with a 1366×768 or 1920×1080 resolution panel depending on the particular model (more on that below).

Beyond the usual laptop fixtures, external I/O includes two USB 3.0 ports, HDMI video output, a SD card reader, and a combo headphone/mic jack. Acer has placed one USB port on the left side along with the card reader and one USB port next to the HDMI port on the rear of the laptop. Personally, I welcome the HDMI port placement as it means connecting a second display will not result in a cable invading the mousing area should i wish to use a mouse (and it’s even south paw friendly Scott!).

The Chromebook 13 looks decent from the outside, but it is the internals where the device gets really interesting. Instead of going with an Intel Bay Trail (or even Celeron/Core i3), Acer has opted to team up with NVIDIA to deliver the world’s first NVIDIA-powered Chromebook.

Specifically, the Chromebook 13 uses a NVIDIA Tegra K1 SoC, up to 4GB RAM, and up to 32GB of flash storage. The K1 offers up four A15 CPU cores clocked at 2.1GHz, and a graphics unit with 192 Kepler-based CUDA cores. Acer rates the Chromebook 13 at 11 hours with the 1080p panel or 13 hours when equipped with the 1366×768 resolution display. Even being conservative, the Chromebook 13 looks to be the new leader in Chromebook battery life (with the previous leader claiming 11 hours). 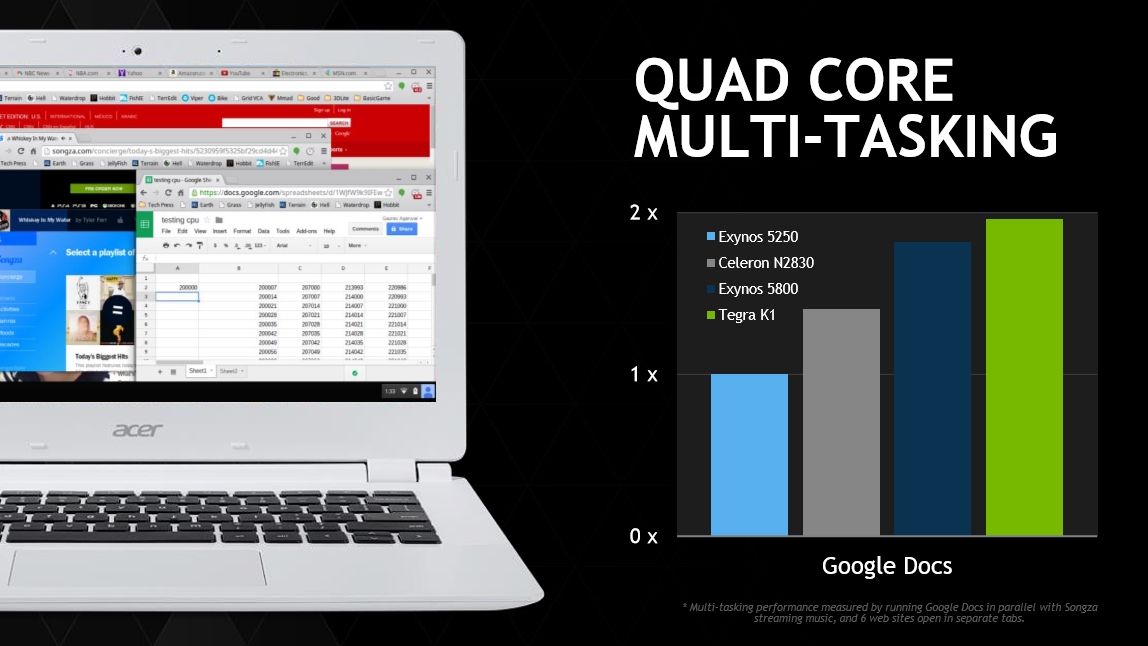 The Tegra K1 is a powerful little chip, and it is nice to see NVIDIA get a design win here. NVIDIA claims that the Tegra K1, which is rated at 326 GFLOPS of compute performance, offers up to three times the graphics performance of the Bay Trail N2830 and Exynos 5800 SoCs. Additionally, the K1 reportedly uses slightly less power and delivers higher multi-tasking performance. I’m looking forward to seeing independent reviews in this laptop formfactor and hoping that the chip lives up to its promises.

The Chromebook 13 is currently up for pre-order and will be available in September starting at $279. The Tegra K1-powered laptop will hit the United States and Europe first, with other countries to follow. Initially, the Europe roll-out will include “UK, Netherlands, Belgium, Denmark, Sweden, Finland, Norway, France, Germany, Russia, Italy, Spain, South Africa and Switzerland.”

Acer is offering three consumer SKUs and one education SKU that will be exclusively offering through a re-seller. Please see the chart below for the specifications and pricing.

Intel made some waves in the Chromebook market earlier this year with the announcement of several new Intel-powered Chrome devices and the addition of conflict-free Haswell Core i3 options. It seems that it is now time for the ARM(ed) response. I’m interested to see how NVIDIA’s newest model chip stacks up to the current and upcoming Intel x86 competition in terms of graphics power and battery usage.

As far as Chromebooks go, if the performance is at the point Acer and NVIDIA claim, this one definitely looks like a decent option considering the price. I think a head-to-head between the ASUS C200 (Bay Trail N2830, 2GB RAM, 16GB eMMC, and 1366x768 display at $249.99 MSRP) and Acer Chromebook 13 would be interesting as the real differentiator (beyond aesthetics) is the underlying SoC. I do wish there was a 4GB/16GB/1080p option in the Chromebook 13 lineup though considering the big price jump to get 4GB RAM (mostly as a result of the doubling of flash) in the $379.99 model at, say, $320 MSRP. 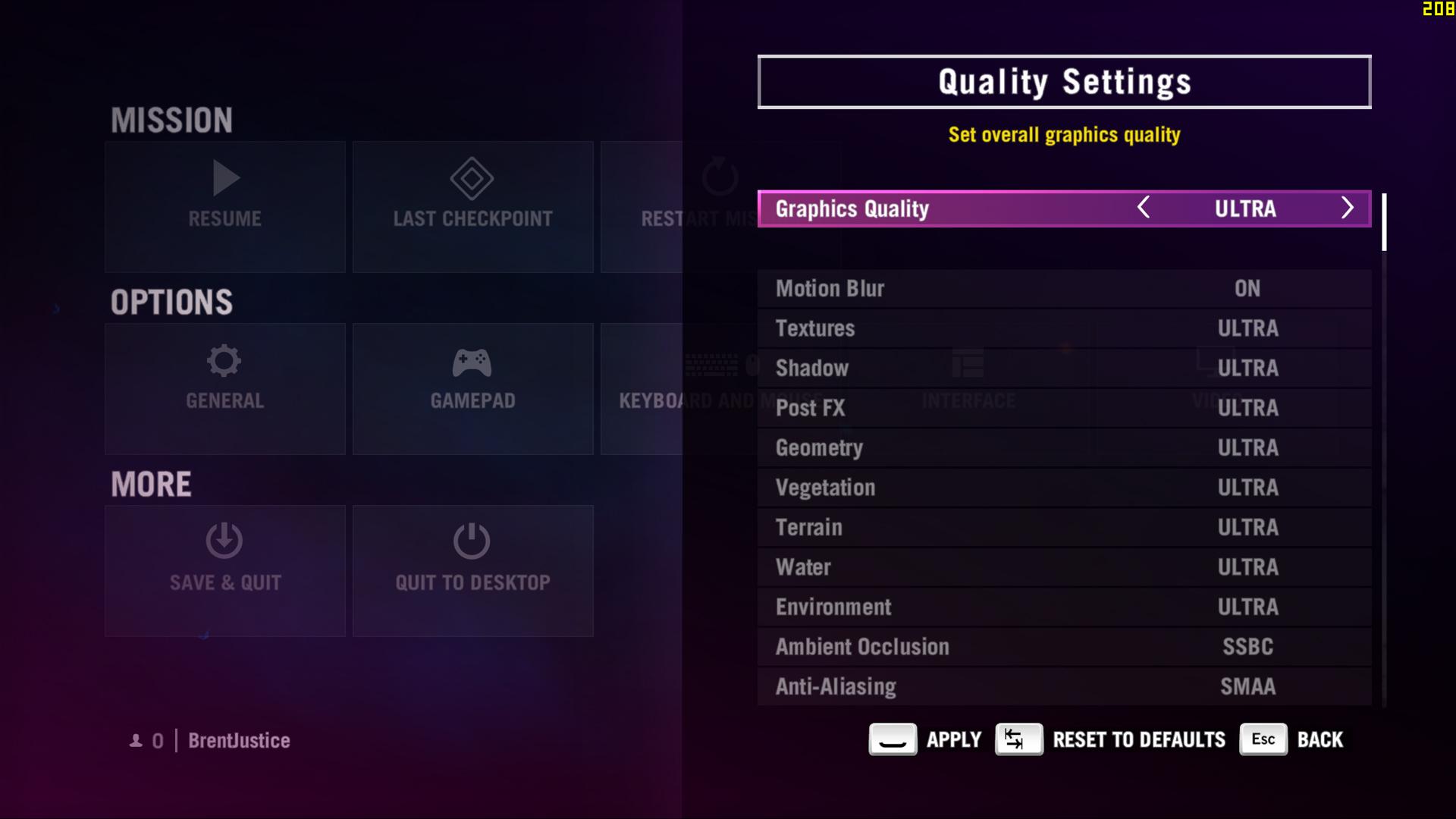 For those who dare to taunt the honey badger 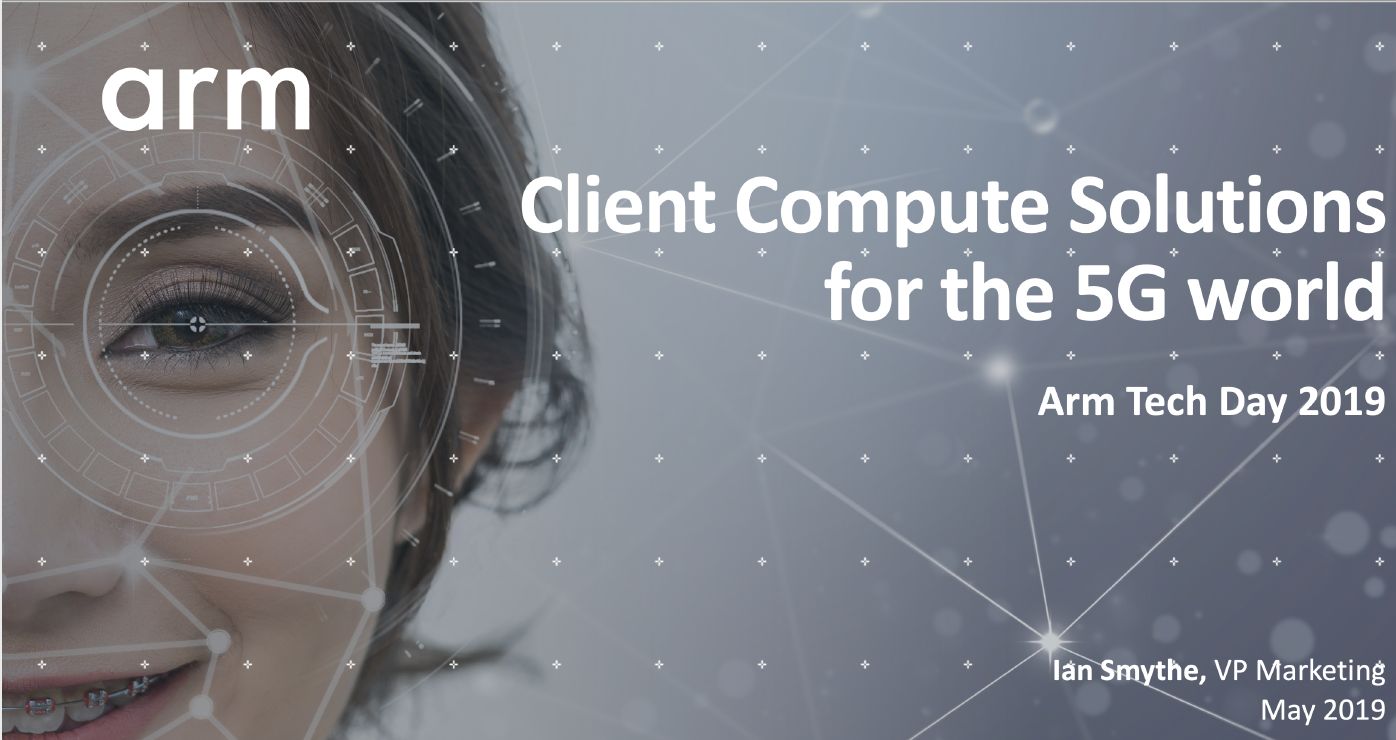