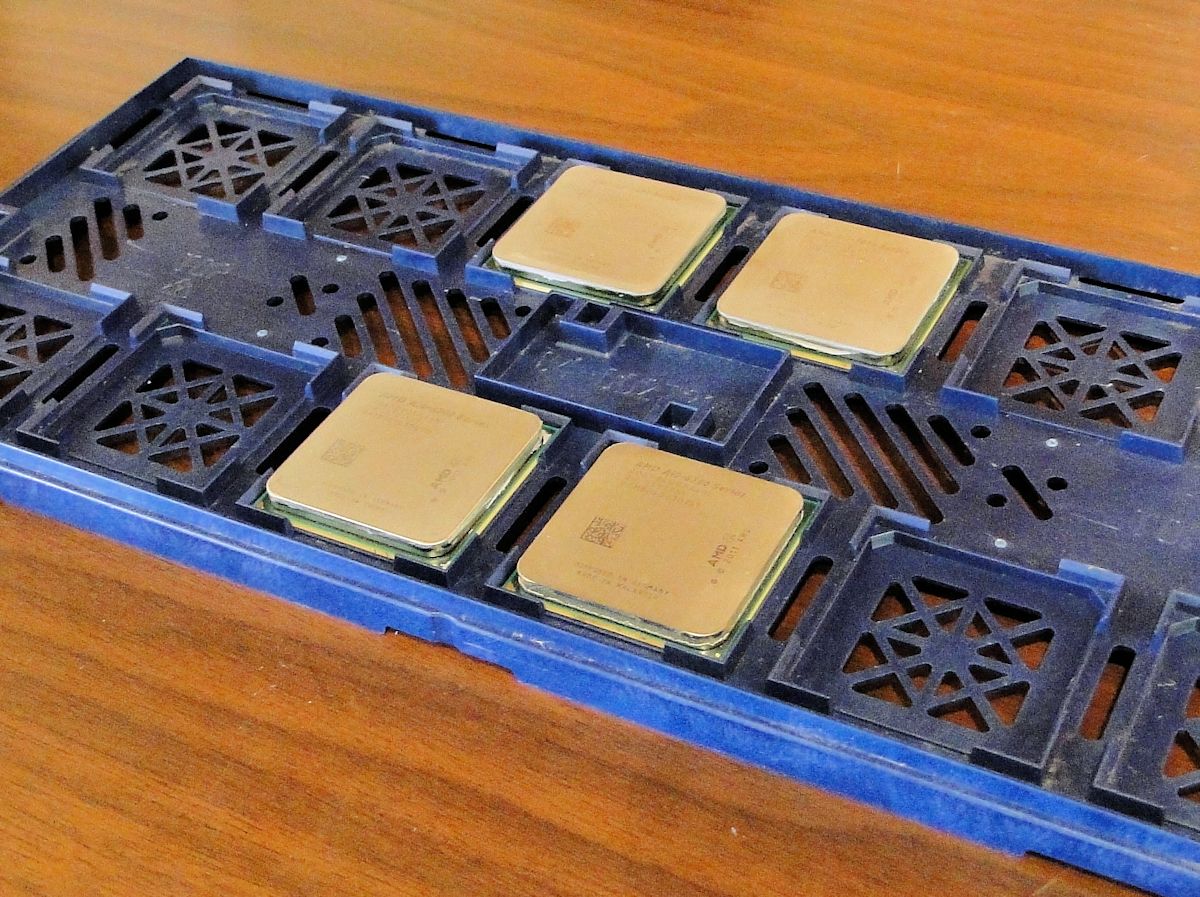 There are some real positives for these products, but they are not the high-end products that most enthusiasts really look forward to.  These parts fit into different markets and price ranges to address a broader range of consumers than they were able to support previously.  It allows AMD to cut back on ordering 32 nm Richland parts and start replacing those with the 65/45 watt 28 nm units based on Kaveri.  This should allow AMD to further seed the marketplace with HSA compliant parts, and hopefully drum up more software support for this particular feature.

The 7800 is a much needed part to complement the 7850K.  It offers nearly as fast performance as the 7850K, but is only rated at 65 watts TDP.  It loses performance when set to 45 watts TDP, but the drop is not nearly as extreme as one would expect.  In fact, the performance drop is not all that noticeable in daily work and productivity apps.  There obviously has been a lot of fine tuning to allow these APUs to burst as hard as they do, yet back off quickly enough as to not exceed its TDP limits.  The $155 US price point is not bad for this part at all.  It is not unlocked, so overclocking is not much of an option.  I think overall it strikes a very nice balance of price, performance, and capabilities. 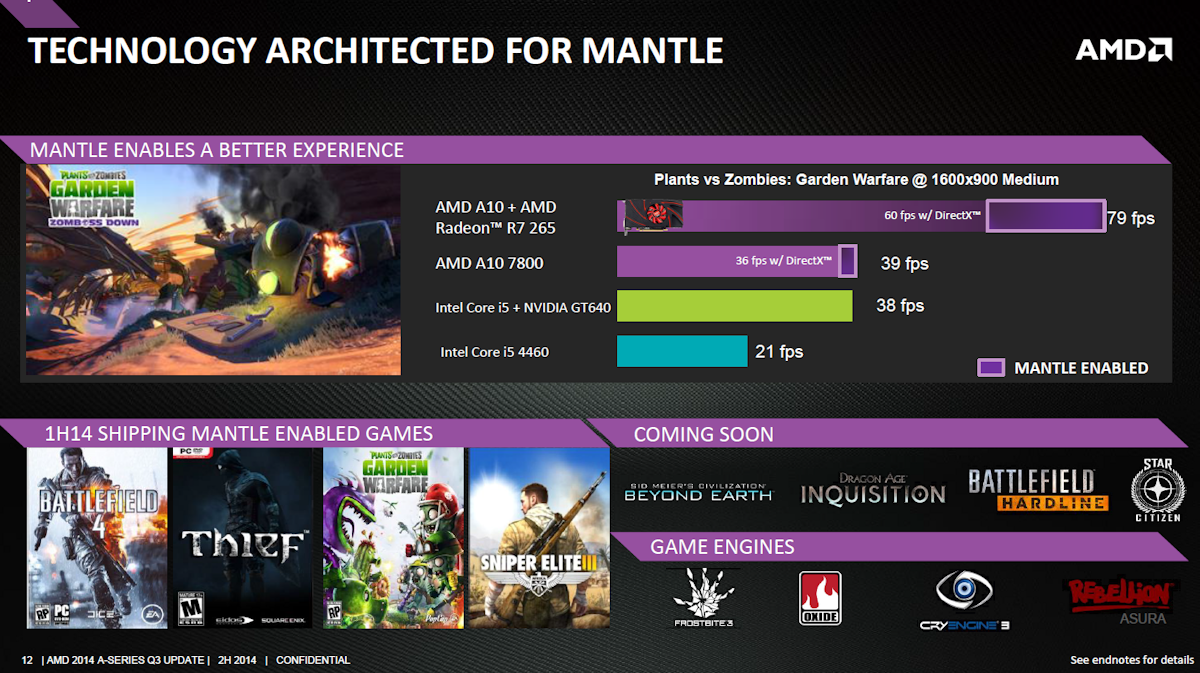 The 7600 as Ryan has covered it may have been the more impressive part at the initial Kaveri launch back in January.  We did not test one today, but what is available today is identical to what Ryan had back then.  At $101 it is a bargain.  It is cut down in terms of graphics performance, but overall a still solid part with the same overall featureset as we have come to expect from Kaveri.

Finally the 7400K is one of the more enigmatic members of the group.  At $77 US it is the cheapest, but still has all of the goodies such as decode/encode engines and TrueAudio.  It also is unlocked so it can be overclocked by intrepid users looking for a cheap thrill.  Its weakness is certainly that of only having one module active, and that module only having ½ the L2 cache enabled.  Still, with these things in mind, the design could potentially be pushed quite a bit higher than people expect when overclocking.  We will be testing this a little later.

AMD is still in the fight.  Even though AMD and Intel hardly view each other as their primary target, they still exist in the same space together fighting for marketshare.  AMD brings a lot of features to the table while Intel brings excellent power consumption and IPC.  Users need to have a very good idea where they want to spend their hard earned dollars, as each competitor has advantages over the other.  AMD does have an advantage in overall cost, typically because the motherboards for the FM2+ socket infrastructure are significantly cheaper than the competing Intel boards based on features. 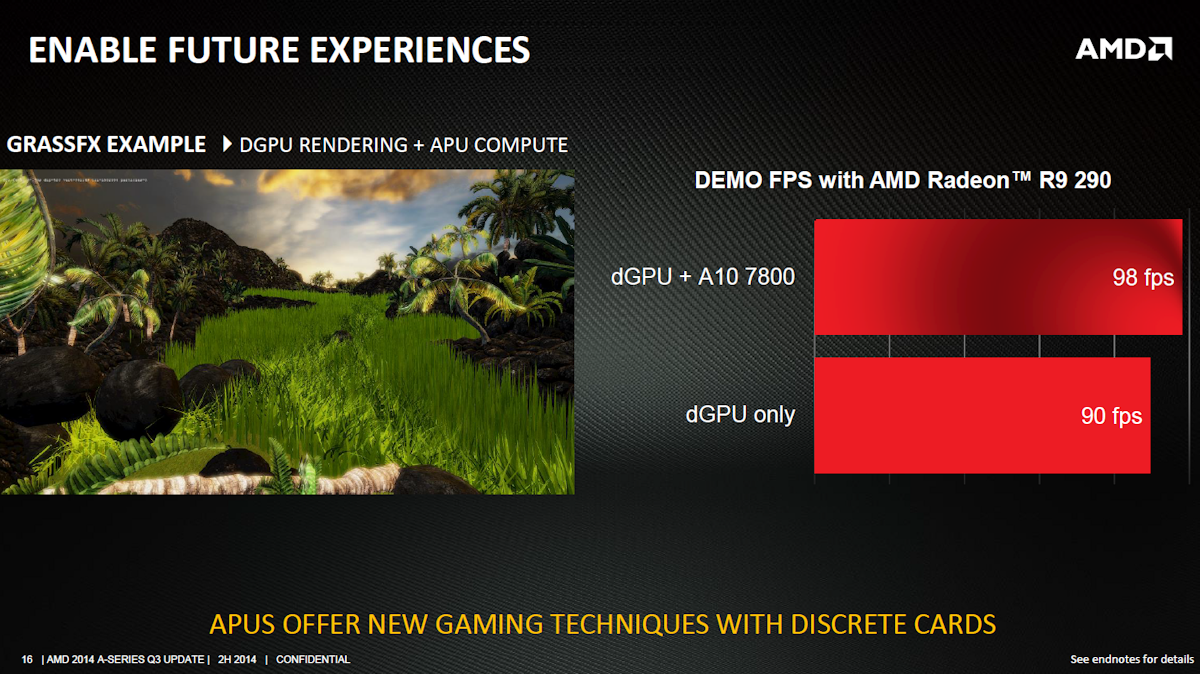 This is a much needed release for AMD.  They have addressed the massive gap in their product lineup in the sub-$155 range with newer, and HSA enabled, Kaveri parts.  These products provide some real value for the money and can be a very solid product as just a standalone APU or when combined with a higher end GPU.  As mentioned in my post from several weeks ago, a fully enabled AMD APU can provide some very significant advantages over the competition when run with an AMD or NVIDIA standalone GPU.  The work done on these chips to address power efficiency while maintaining comparable performance should reap benefits for AMD down the line.  Now we just wait until these are available as well as what AMD plans to do with the Kaveri family in the future.  We only wish that we had a higher end variant that could help address the performance needs of the midrange and top end enthusiasts.