We have a lot of choices for mixing and matching parts for comparison in these articles, so I boiled down to a manageable number so the graphs do not come out as too confusing or having simply too much data.  I have also tested the cTDP of these new processors (though Ryan covered the A8-7600 this past January).  On the AMD side we have the 100 watt A10-6790K (very similar in performance to the 6800K) and the 65 watt A10-6700.  On the Intel side we have the 54 watt i3-4330 with the Intel 4600 graphics unit. 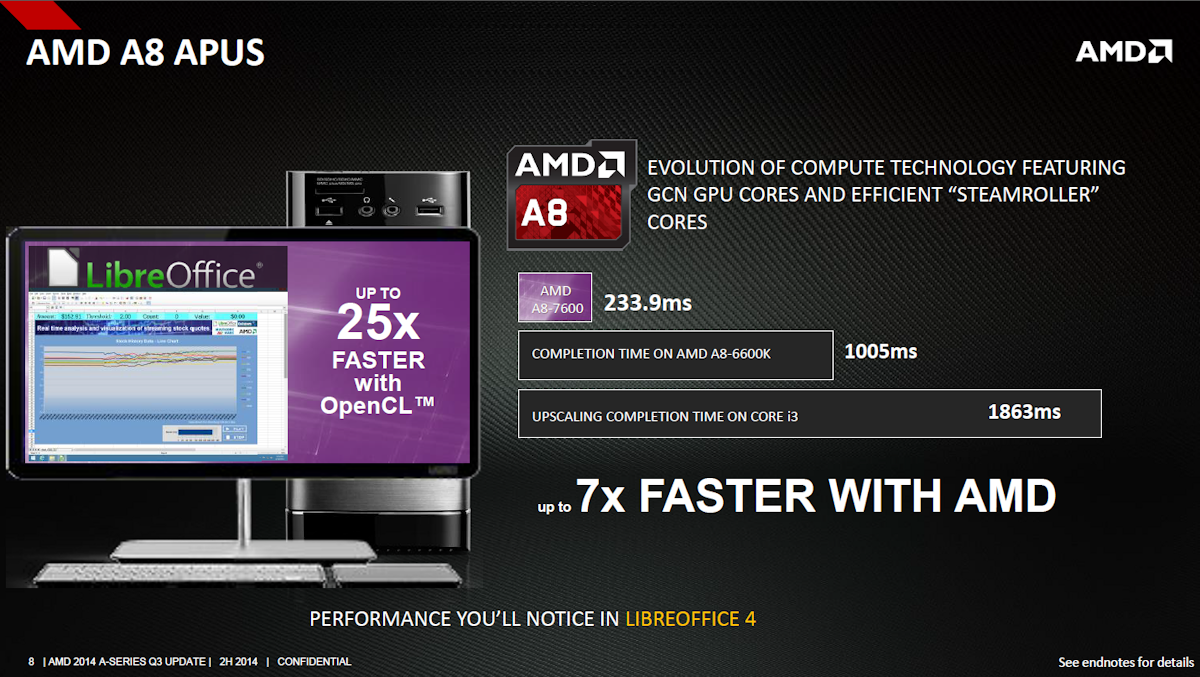 I think this is a good mix of parts that shows off the potential increases in performance for AMD when compared to the older Richland parts at both 100 watts TDP and 65 watts.  It also shows how competitive AMD is with Intel’s current Haswell based parts that are priced similarly.  While CPU performance is important, pay very close attention to the applications which leverage the GPU portion.  I think it will become very plain to see where AMD is going and how they plan to leverage their expertise in graphics against their larger competitor. 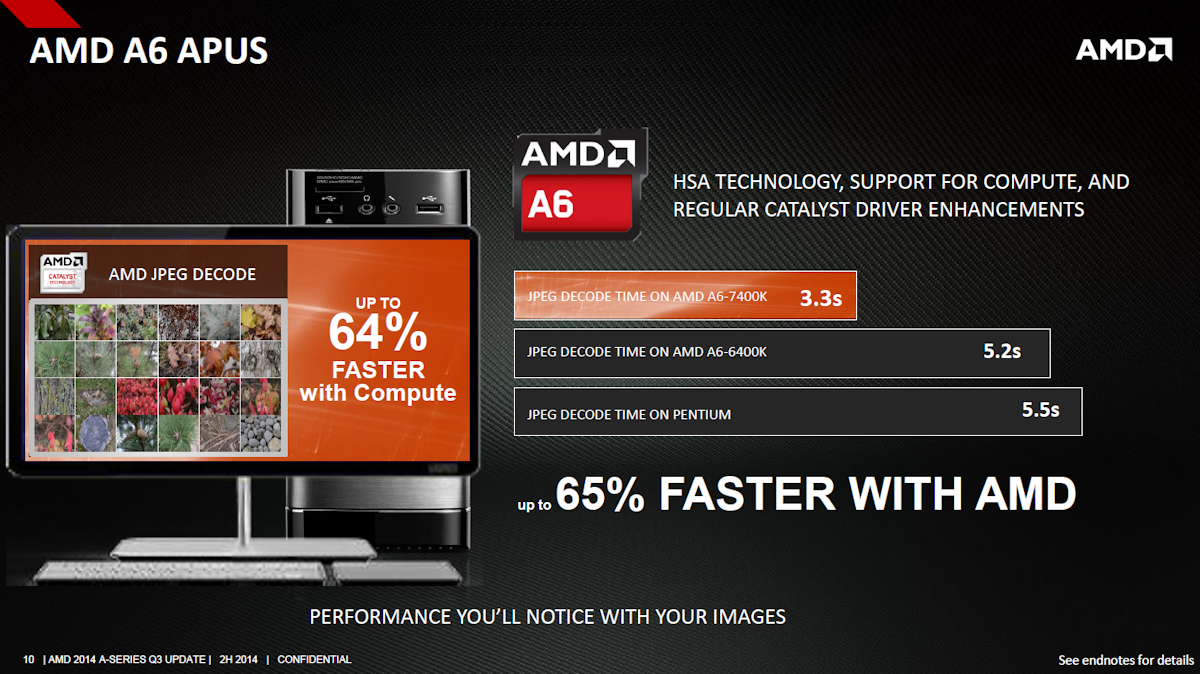 The motherboards used are a bit different from what I was hoping.  Unfortunately, I only have a single Intel 1150 based board at my disposal.  The Gigabyte GA-Z87X-UD5H is a pretty hefty motherboard that costs double that of the FM2+ board for the AMD parts.  This is a rather feature packed board that likely pulls quite a bit more power than the FM2+ board.  On the FM2+ side we have the Gigabyte G1.Sniper.A88X.  This on the other hand is a very inexpensive motherboard with nice, but limited features as compared.  It is a very low power and efficient board, so in theory it will have a several watt advantage over the Intel side with the beefier board.

I changed up my testing a bit for this review.  I started using Windows 8.1 64 bit, a 240 GB SSD for OS and testing, as well as a data drive for storage.  I have revised my benchmarks to include a lot of the latest pieces of software, as well as products that leverage all of the latest features that these new CPUs and APUs encompass.  So far there are no real HSA enabled benchmarks that I could utilize for testing.  This is something that we are anxiously awaiting.  There are a lot of OpenCL based applications though, so this gives us a good idea of where HSA is going if it ever gains the necessary momentum to be a valuable feature for AMD. 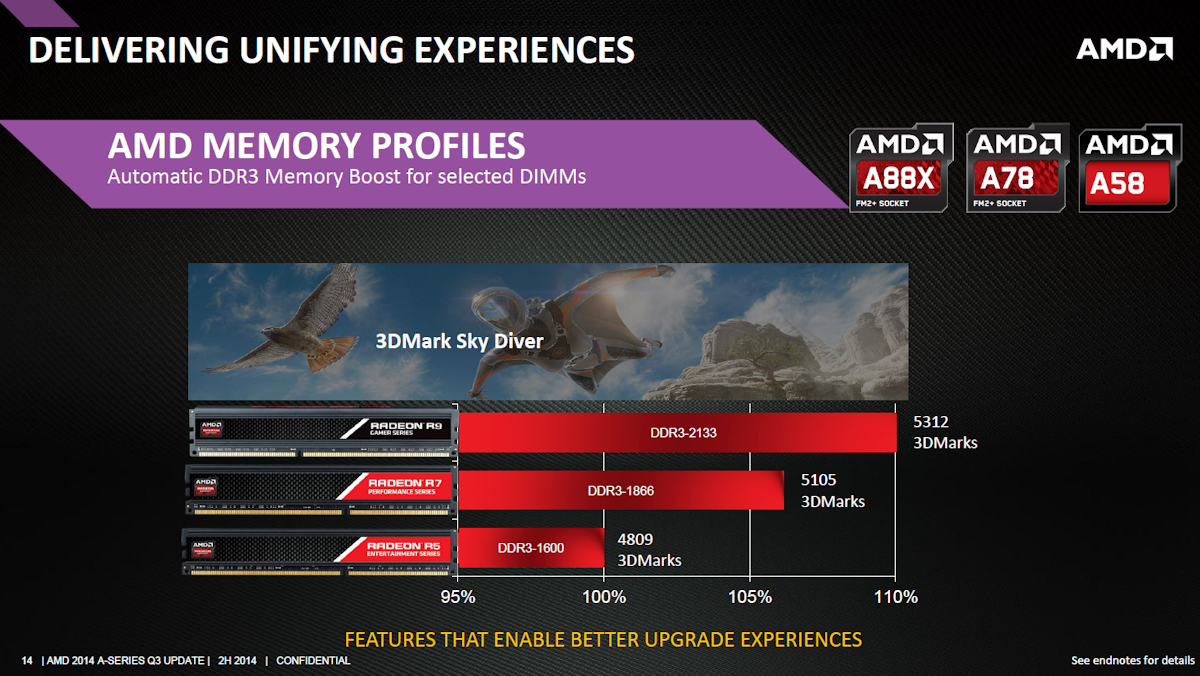 I did not utilize a standalone GPU for the CPU centric tests, instead I relied only on the integrated graphics of the chips tested.