Today during AMD's live stream event celebrating 30 years of graphics and gaming, the company spent a bit of time announcing and teasing a new graphics card, the Radeon R9 285X and R9 285. Likely based on the Tonga GPU die, the specifications haven't been confirmed but most believe that the chip will feature 2048 stream processors, 128 texture units, 32 ROPs and a 256-bit memory bus.

In a move to help donate to the Child's Play charity, AMD currently has an AMD Radeon R9 285 on Ebay. It lists an ASUS built Strix-style cooled retail card, with 2GB of memory being the only specification that is visible on the box. 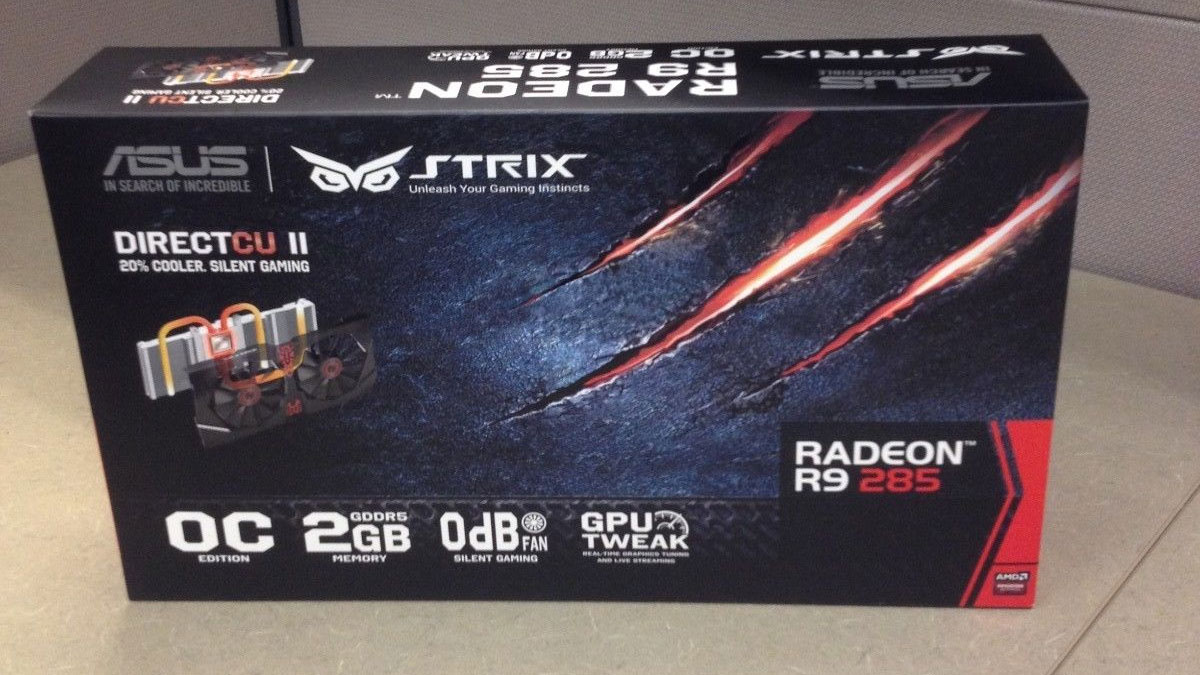 UPDATE: AMD showed specifications of the Radeon R9 285 during the live stream. 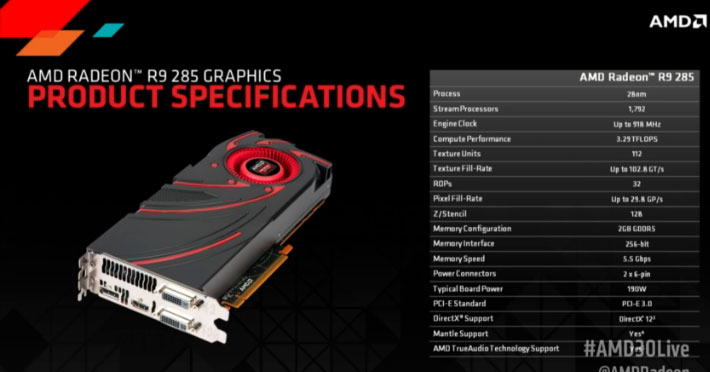 For those of you with eyes as bad as mine, here are the finer points:

These Tonga GPU specifications are VERY similar to that of the R9 280: 1792 stream units, 112 texture units, etc. However, the R9 280 had a wider memory bus (384-bit) but runs at 500 MHz lower effective frequency. Clock speeds on Tonga look like they are just slightly lower as well. Maybe most interesting is the frame buffer size drop from 3GB to 2GB.

That's all we have for now, but I expect we'll have our samples in very soon and expect a full review shortly!

UPDATE 2: Apparently AMD hasn't said anything about the Radeon R9 285X, so for the time being, that still falls under the "rumor" category. I'm sure we'll know more soon though.